The jaunty Sussex Carol is a favourite at the Festival of Nine Lessons and Carols.  A popular folk song all over the British Isles, dating back several hundred years, it is now known as the Sussex Carol simply because Ralph Vaughan Williams arranged a version of the tune he heard in Sussex, from a Mrs Verrall of Monk’s Gate.

Such is the wealth of resources at the Bodleian, even from the Law Library (with an Oxford SSO) I can access The Journal of the Folk-Song Society (v.2 no. 7, 1905) and see the tune that Vaughan Williams collected, along with another version sung to a different tune, collected by Lucy Broadwood from a Mr Grantham of Holmwood in Surrey.  If that tune had caught Vaughan Williams’ fancy instead, we might now be singing the Surrey Carol.  And if the very first person who published a version of the song back in 1684, Bishop Luke Waddinge from County Wexford , had remained in the public consciousness, it would now be known as the Wexford Carol.

Can an arranger claim copyright on a folk tune given to him by a member of the public?  Copinger and Skone James on Copyright (16th ed.), now available in full text on Westlaw UK, as well as in print from the Law Library, states, “What is important is the contribution made to the sound by the arranger or adapter… The work does not have to be inventive, in the sense of creating music which did not exist before.”

A Sussex tradition Vaughan Williams may not have known is that on Christmas Eve, bees are said to sing in their hives at midnight, to welcome the birth of Jesus.  [Please supply your own joke about whether they know the words.]

If you want to get a hive of bees in time for Christmas, you will need to consult the 1980 Bees Act.  An easy access point for this, and other apian legislation, is Beebase, provided by the Animal and Plant Health Agency.  And if you want to remain popular, the Law Library can offer you Beekeeping and the Law, a handbook with the evocative subtitle “Swarms and neighbours”.

It’s essential to inform your neighbours that you are now the proud owner of a choir of bees.  The case of Tutton v. AD Walter Ltd  [1986] Q.B.61 hinged on whether a farmer could be held liable for harming his neighbours’ bees by spraying insecticide on his own fields.  The farmer had not invited the bees on to his land and, as his crop was not pollinated by bees, he did not derive benefit from them being there.  Were the bees trespassing?  Denis Henry Q.C., finding for the plaintiff, observed that “it was unreal to divide bees into the categories of invitees, licensees or trespassers” and that it was simply inevitable that the bees would be in a field full of flowers at the height of summer.  He ruled that the farmer owed a common duty of care to his neighbouring beekeepers.   The implications for tort law are discussed further in CLJ 1986, 45(1), 15-17.

Tutton was the Vice-Chair of the West Sussex Bee-Keeping Association.  The court heard this description of the day of the spraying, “Wednesday 3 June was a beautiful, sunny day.  The bees were up early…”  Leaving aside the subsequent carnage, surely this idyllic scene is enough to persuade anyone to take on the life of a Sussex bee-keeper? 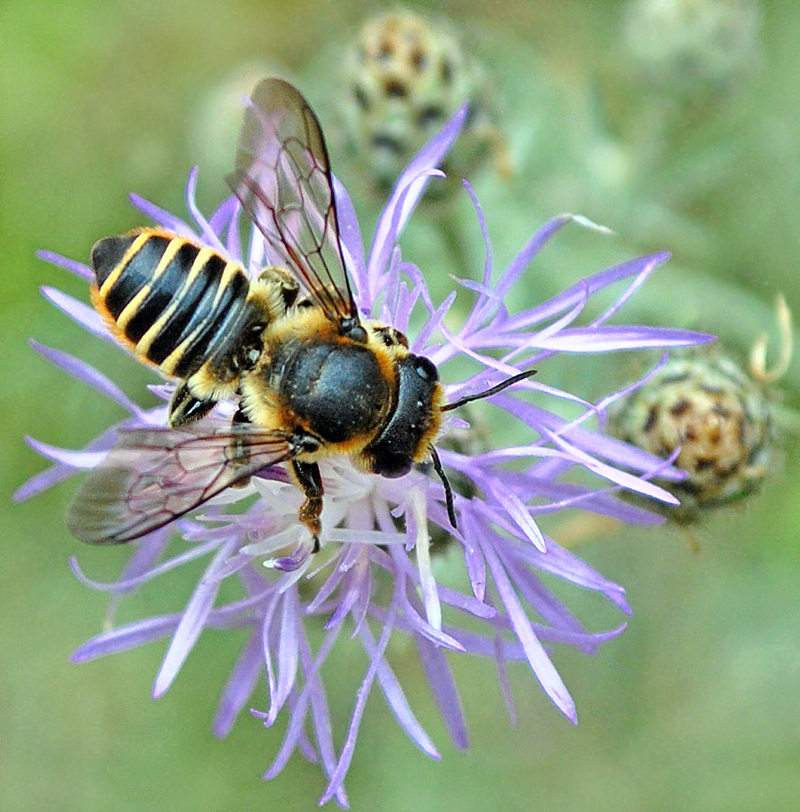 If you are planning to start selling honey or wax candles from your new bees after 12 October 2015 a cautious patent attorney advises me that the Nagoya Protocol might also be relevant, on the grounds that you are accessing genetic resources.  You may be required to demonstrate that you have accessed them without breaching the access laws of the provider country.  The UK is not going to have access laws for its own genetic resources, so do be careful to buy genuine British bees of demonstrable British origin.

And finally, if you are hoping to charge people to hear your carolling bees, the good news is that bees, as invertebrates, do not come under The Performing Animals (Regulation) Act 1925.