Joyeux Noël is a French film based on a real – but all too brief & patchy – suspension of fighting during World War One, the Christmas Truce of 1914. In some places, football broke out …. 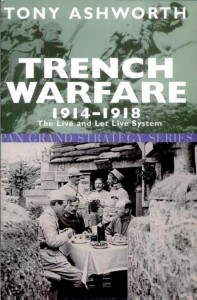 in others spontaneous gift giving:  Henry Williamson was able to write to his family on 26 December, while smoking a pipe filled with German tobacco. It seems that this truce was just one of many similar instances during WWI that caught the public’s attention particularly because of Christmas association.

The elusive goal of world peace, and our attempts to achieve it, turns our mind to various strands in public international law; this film makes us consider suspensions of hostility in particular.

When looking for a quick introduction to a PIL topic, Law Bod users are fortunate to have access to the Max Planck Encyclopedia of Public International Law  at Internat 500 E56c  – and also online if they have an Oxford Single Sign On.

MPEPIL (which we’ll use to indicate the online version) indeed has an article called Suspension of hostilities by Valentina Azarova & Ido Blum (last updated March 2011). This tells us that truce is the oldest term, while the general adoption of the term armistice dates from the Hague Convention (IV) respecting the Laws and Customs of War on Land and its annex: Regulations concerning the Laws and Customs of War on Land. The Hague, 18 October 1907.  (Art. 36) and cease-fire is the youngest of the synonyms really only being adopted after the Second World War.

It can be as hard to escape from the “clutches” of MPEPIL as it is from the OED, for in it you can find separate articles on Armistice by Yoram Dinstein (2009) and Ceasefire (2009) by Christine Bell – while all articles have select bibliographies …

But as Azarova & Blum remind us:  “Following the traditional view, a suspension of hostilities does not amount to, and should not be compared with a state of peace and is not to be regarded as a state of temporary peace. As Oppenheim emphasizes, ‘[t]he condition of war remains between the belligerents themselves, and between the belligerents and neutrals, on all points beyond the mere cessation of hostilities.’” And “proper” peace should be the topic for Christmas!

So without leaving the embrace of MPEPIL we can start with an article on the legal instruments formally ending states of war: Peace treaties by Jann K Kleffner (2011). Please send out a search party if you don’t hear from us again – the first surviving example dates from some 1274 years before the first Christmas, so we have a good deal of interim history to work on…. 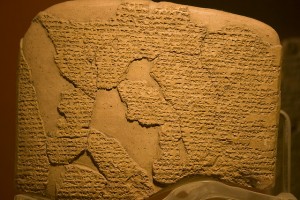 If any of these topics interest you, there are more resources available! Our Libguides on Law & Armed Conflict, the League of Nations and the United Nations may help you get going.. 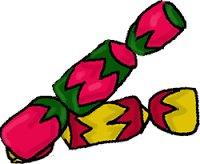