The first film in the franchise –  currently 5 strong – turned 25 last month!  Still a Christmas favourite, what is the appeal?  The cute little kid defending his home from the wicked burglars, or the knowledge that all will end well in true American hero fashion?
But just what is the legality of leaving a child at home alone?  Kevin McCallister, played by Macaulay Culkin, in the film is 8 years old, and lives in the state of Illinois, where legally you must be 14 to be left alone at home; had he been living in Maryland, 8 is the minimum age, so his parents would have been safe from prosecution. Not many states are this specific; but a document produced by the Child Welfare Bureau (available as pdf) gives this advice, “depending on the laws and child protective policies in your area, leaving a young child unsupervised may be considered neglect, especially if doing so places the child in danger.”  In some States, it is considered neglect when a child has been left without supervision at an inappropriate age, depending on the maturity and understanding of an individual child, length of time they are left and the circumstances.
How does the law apply in the UK? The law has a different emphasis: not so much fixing a specific age as considering the specific circumstances, how far the child was actually put at risk. That’s not to say that there are no laws on leaving children home alone. For much of the twentieth century the relevant legislation was the Children and Young Persons (England and Wales) Act 1933, (the Children and Young Persons (Scotland) Act 1937 and the Children and Young Persons (Northern Ireland) Act 1968); parents and carers could clearly be prosecuted for abuse – but did culpable ill-treatment of a child have to include physical injury?

In 2012 Action for Children  launched a campaign for further reform of the existing law & the resulting report can be read here: The criminal law and child neglect: an independent analysis and proposal for reform

Chair of the Advisory Group behind the report was Laura Hoyano, currently an Associate Professor of Law at Oxford, and Senior Research Fellow in Law at Wadham College 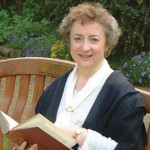 The plight of the neglected/abused child had been existing concerns of hers for some years, as evidenced by her co-authored work (with Caroline Keenan), Child Abuse Law and Policy across Boundaries (2007 – updated paperback edition 2010) which was awarded the Inner Temple Book Prize in 2008. 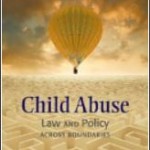 Fittingly for a blog post that started in Illinois & moved across the pond, the jurisdictional responses it compares are UK & USA – as well as Australia, Canada, & New Zealand.

The Serious Crime Act 2015 brought in an important amendment to the 1933 legislation, making it explicit that psychological harm is part of the definition of child cruelty: its s66 (2) adds “(whether physically or otherwise)” and s66(3) “(whether the suffering or injury is of a physical or a psychological nature)” to the pertinent sections of the older act. A child’s mental health is at least as important as its physical health.

Lorraine Candy from the Daily Mail Online, 23 July 2015,  produces a tongue in cheek list for her 13 year old left on her own for an hour, including “do practise your eye-rolling because it’s getting better by the day”!

These guidelines have been endorsed by the government.

NSPCC also has more detailed guidance to help parents considering how & when to allow their child to develop the next stage in independence & responsibility which is vital in growing up.

It is perhaps surprising how relatively modern the development of internationally recognised children’s rights has been.  It was the founder of Save the Children, Eglantyne Webb, who drew up the first Declaration of the Rights of the Child in 1923, having seen the impact of WWI. This adopted by the League of Nations in 1924 (aka Geneva Declaration). After the devastation of WW2 a stronger Declaration appeared in 1959 , but it was not until 1989 that the United Nations achieved the Convention on the Rights of the Child.  This Convention is now (according to the UNICEF website viewed 9 Dec 2015) “is the most rapidly and widely ratified international human rights treaty in history.” (It was ratified by the UK Government in 1991.) But vigilance is constantly required to ensure that the intended results are achieved in practice: see for example, Children’s Rights Alliance (UK) See it, Say it, Change it project of 2015which it submitted to the UN Committee on the Rights of the Child.

Among the Law Bod Libguides which we hope will help research in this topic are Children in UK law,Children in international & transnational law 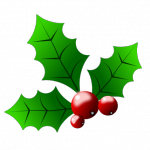 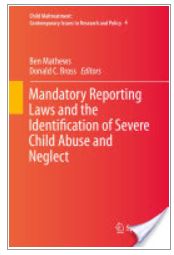 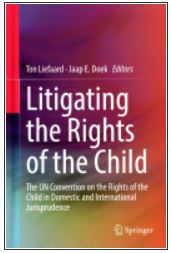 An example of a recent title in Law Bod