Tired of saccharine Christmas films featuring cute kids and elaborate dance routines?  Maybe the 1957 horror film The Abominable Snowman ( of the Himalayas in US release), starring Forrest Tucker and Peter Cushing, would be more to your taste? 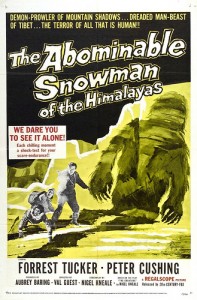 No, it’s not a Christmas film, but it does feature some snow.  And yes, it is purely an excuse to recommend a book called Miscellany at law: a diversion for lawyers and others, a collection of strange and amusing legal anecdotes.  How many other 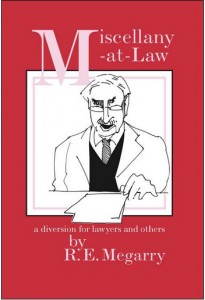 books in the Law Library have an index with the entry Abominable snowman in the Court of Appeal, page 4?  This turns out to refer to an article by Lord Justice Asquith in the Journal of the Society of Public Teachers of Law in which he describes the intellectual climate of the Court of Appeal: “To one accustomed to browse in the lowlands of the King’s Bench Division and to inhale its crass air”, the intellectual atmosphere is “one of extreme, almost Himalayan, rarefaction.  One would hardly be surprised if an ‘abominable snowman’ entered the Court and applied for security of costs or a stay of execution.”

The Megarry collection can be found in the Law Library at KB34.MEG 1955, alongside its two sequels.  As our regular visitors will know, we are reclassifying our books, moving from a homegrown system to the Moys classification schedule.   So far only the UK section has moved to Moys, and the majority of our legal textbooks are currently in KL-KN.  KB will eventually contain all of ‘General and comparative law’, but at the moment it is a lesser-used area housing some of our more obscure books.   Megarry belongs in KB34, the number in Moys for ‘humorous writings’,  while KB10-15 contains biographies of memorable and unmemorable legal figures.   Moys offers what it calls, with a slight sniff,  ‘Popular accounts’ of trials at KB60-66, so this is the place if you want to take a prurient interest in, for example, Celebrated trials connected with the upper classes of society (1880).

In KB, we add to the Moys number a three letter country code (ENG for England, SCT for Scotland, etc., with more to come as we reclassify other jurisdictions).  The next part of the shelfmark is a name cutter.  For biographies this comes from the name of the person whose life is being recounted, and for trials this comes from the best-known party, so that books on the same topic stay together regardless of their author.

For example, if you look at KB65.ENG.TIC you will find accounts of the sensational Tichborne case, which fascinated the Victorian media, when a butcher from Wagga Wagga in Australia claimed to be the missing baronet Roger Tichborne. Another instance of disputed identity concerns the impressively eccentric 5th Duke of Portland (1800-1879).  He built miles of underground tunnels under his estate at Welbeck Abbey in Nottinghamshire, supposedly to avoid meeting any of his staff or visitors to the estate.   After his death a widow named Anna Maria Druce alleged that the Duke had led a double life, with an alter ego as a London shopkeeper called Thomas Druce,  and she claimed that Druce’s descendants were entitled to a share in the Portland estate.  You can find out what happened next in The Druce-Portland case by Theodore Besterman (1935).

Unlike the cases on your vacation reading list, these cases are colourful enough to inspire creativity.   The Duke of Portland’s life was the basis for Mick Jackson’s award-winning novel The Underground Man, and the Tichborne case was dramatized in the 1998 film The Tichborne Claimant.  Perhaps you could track them down over Christmas and claim that you are doing legal research? 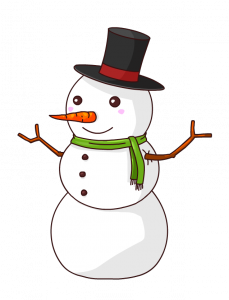