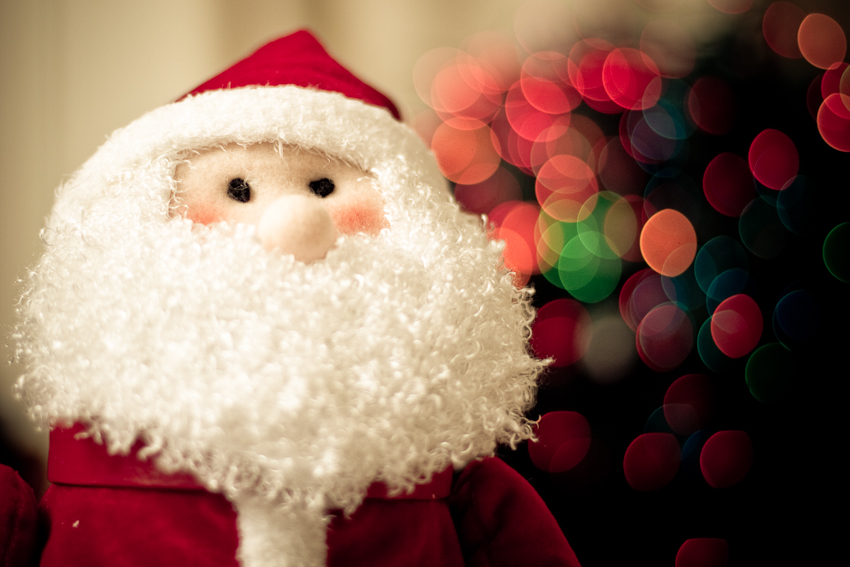 In our Law Library Christmas Films series, I have chosen Miracle on 34th Street, a seasonal classic from 1947, written and directed by George Seaton and starring Maureen O’Hara, John Payne, Edmund Gwenn and a very young Natalie Wood. (There is also a 1994 version with Richard Attenborough and Mara Wilson which is pretty good too).

If you’re not familiar with it already, Miracle on 34th Street follows the story of Kris Kringle (aka Father Christmas). At the beginning, he is living quietly under the radar in New York, but through his own well-meaning intervention at a Macy’s Christmas parade and an unfortunate run-in with a psychiatrist, he becomes the focus of a major court battle over whether he really is ‘the one and only Santa Claus’ or a dangerous lunatic.

Much to the relief of the judge, who fears becoming the most hated man in New York for having Santa locked up in a mental institution, the defense has help from the US postal service who identify Mr Kringle as the recipient of thousands of letters from children addressed to Santa Claus. Unwilling to supersede a federal government decision, the judge rules in Kris’ favour.

From a legal standpoint, there are some significant plot holes. According to U.S. law relating to civil commitment, the burden of proof was on the state to provide sufficient evidence that Kris was mentally incompetent. However, rather than the psychiatrist who brought the complaint in the first place, the only witness they called was Kris Kringle himself. In fact, Mr Kringle’s lawyer could have invoked the 5th Amendment (“No person…shall be compelled in any criminal case to be a witness against himself”) and with no further witnesses, the case would have been dismissed.

However, Mr Kringle was also lucky that the case was not brought against him a few years later, as in 1951, the National Institute of Mental Health (NIMH) published the “Draft Act Governing Hospitalization of the Mentally Ill.” which left the decision to have someone committed in the hands of medical staff. It’s possible that the disgruntled psychiatrist could have arranged to have him committed without a trial, which would have made for quite a different sort of film!

Perhaps the issue at the core of the film is the most interesting, however – can a court of law really make a decision about whether Santa Claus is real? If you accept that Santa Claus is the same person as St Nicholas, the First Amendment’s protection of religious belief could apply. Bringing people’s beliefs into a courtroom could, after all, set a dangerous constitutional precedent.
At the very end of the film, the question of whether Kris really is Santa Claus is left open, which is perhaps as it should be. Whether you believe in Father Christmas or not, the Law Library wishes you a very Merry Christmas!