One of the joys of living in England after spending most of my life in Australia has been the build up of festivities in the crispy cold lead up to Christmas. And for me, a modern film that brings together all the mayhem, joy, humour and chaos of peoples’ lives at this time has to be LoveActually. 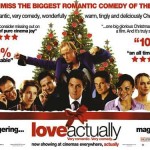 Made in 2003, the film is made up of nine different sorts of love stories; the core story is about aging rock singer Billy Mack (Bill Nighy) who is trying to make a hit single for the Christmas market. The song  is Christmas is all around me, a remake of ‘Love is all around’. (One hopes that before the remake the producers checked the copyright issues involved, possibly using a resource like the looseleaf service Nimmer on Copyright in the law library at USA 510 N712.9a2,  or online in Westlaw for Copinger and Skone James on Copyright.) 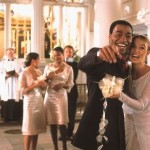 While Billy Mack is dealing with his conscience on the mercenary aspect of his efforts, newlyweds Juliet (Keira Knightley) and Peter (Chiwetel Ejiofor)   are settling into their new life, but Juliet wonders why Mark (Andrew Lincoln), her new husband’s best friend, is so distant towards her.

Meantime writer Jamie’s (Colin Firth) relationship with his girlfriend crumbles and he retreats to France to contemplate life in an idyllic setting, where he meets Portuguese housekeeper Aurelia (Lúcia Moniz). Their language barrier reminds one of the complexities of EU relations, and one can only be grateful that at least for legislation (in n-lex) and EU Court of Justice cases, the EU is making great efforts to provide translations into all 28 EU languages via Eur-Lex, truly one of the great free resources for lawyers and the general public. Jamie could use it to find the legislation covering property law in France, and the changes that have been made to their inheritance laws, especially if he tries to leave his cottage to anyone other than direct family!! 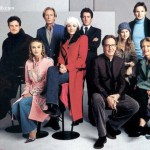 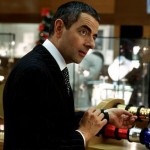 Harry (Alan Rickman) and Karen (Emma Thompson) are another couple who face issues as Harry tries to hide his affair with his new secretary, Mia, (Heike Makatsch), for whom he has bought a necklace as a Christmas gift. The jeweller, as portrayed by Rowan Atkinson, provides  a scene well worth watching.. an artful lesson in wrapping gifts…(Perhaps Harry would have been advised to reflect on all the caselaw and journal articles about family law issues offered in a specialist service on family law in the law library, such as Jordans).

Karen’s brother is David (Hugh Grant), the newly elected Prime Minister, who is single and spends too much time worrying about the machinations of Parliament in person and online. BUT this is a Christmas movie, and so there is the chance of a relationship between him and junior staff member Natalie (Martine McCutcheon), though we won’t spoil the ending for those who are yet to enjoy the film. Suffice to say the overly familiar American President, played by Billy Bob Thornton, has a small but pivotal role which could well have damaged Anglo-American relations forever had the stereotype been based on fact! 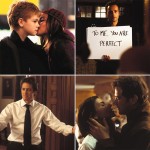 Other relationships in the ensemble piece made up of many favourite stars include that between Daniel (Liam Neeson), Sam (Thomas Sangster), Joanna (Olivia Olson) and Carol (Claudia Schiffer) – the father and stepson grieving the loss of wife and mother, and the ladies who come into their lives. Some of the action here takes place at the airport, where Security features, as it does for all of us in real life; this movie was made not long after 9/11, after which many restrictions on travellers were brought into place. (Legislation -both acts and regulations – governing security is freely available at http://www.legislation.gov.uk/).

The relationship between Sarah (Laura Linney), Karl (Rodrigo Santoro) and Michael (Michael Fitzpatrick), Sarah’s mentally ill brother, reminds us that when folk are institutionalized different rules can apply to them as a result of the impact of legislation like the Mental Health Act – the government ensures free access to the laws that govern us so we can know our rights. And the enduring message from this relationship is that love can also mean sacrifice…

Other relationships include Colin (Kris Marshall)  trying to find himself some new friends in Milwaukee, so you hope he knows something about American law, given the litigious nature of that society; who knows what will come of his adventures? He would be well served by consulting the extensive paper and online holdings in the Bodleian Law Library, as outlined in this LibGuide 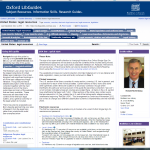 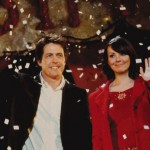 Early on in the movie, many of our players were guests at the wedding of Juliet and Mark. And towards the the end of the story, the characters converge on a school Christmas pageant, where the audience shares some happy outcomes as new relationships are forged, some older ones are mended, and where everyone has the chance to truly celebrate the joys of Christmas. The epilogue shows our characters in a series of welcomes and farewells at the airport, providing a finale showing that in the end, it is all Love, actually. This is a very enjoyable, well acted, and fun filled movie that adds to the pantheon of feel good films we like to see at Christmas time. And we wish you lots of love and happiness this Christmas from all in the Law Bod.