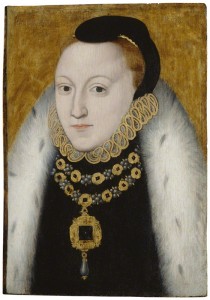 A little over 457 years ago, on the 15th January 1559, Elizabeth I was crowned the Queen of England and Ireland in Westminster Abbey. She succeeded to the throne 59 days earlier, on the 17th November 1558. That succession and coronation led to a stable monarchy lasting more than 44 years.

Elizabeth’s father was Henry VIII who ruled until 1547. England had never had a ruling queen and the Tudor dynasty was still young. Henry became so obsessed with the notion of a male heir that he separated the church and state when the pope refused to annul his first marriage, and with dynasty in mind he created an Act of Succession.

In fact, during the reign of Henry VIII there were four Acts of Succession, passed in 1533, 1534, 1536 and 1543. The first is often dated as 1534 and the last as 1544 but the legal calendar began on Lady Day (March 25th) so if the Act was passed before that, at the time it was considered to be the year before. There’s a good explanation as to why you should never trust dates here. 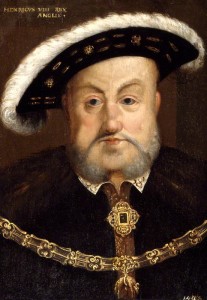 The Acts have been given a variety of names over the years, my titles are taken from The Statutes at Large volume 2 (catalogue record here). If you come to our library you may read several versions of early legislation in print, or if you have an Oxford Single Sign On (SSO) you can find it in plain text on Justis. There is also a book entitled “A collection of all the statutes, from the beginning of Magna Charta, vnto this present yeare of our Lord God 1579” available from Early English Books Online by using your SSO here.

An Act concerning the King’s Succession 1533 (25 Hen 8 c 22) effectively placed Princess Elizabeth first in line to the throne by declaring his marriage to Katherine of Aragon null and void because she had been previously married to his brother Arthur, and therefore her daughter Mary illegitimate. There is a free transcript here and a free digitised version on page 338 of this pdf taken from our collection (volume 4 of the Pickering statutes; sadly volume 5 was too damaged to copy).

The 1534 Act (26 Hen 8 c 2) can be found on page 346 of the digitised pdf described above. In the volumes I have read the title appears to be longer than the Act itself! It demands an “Oath of Obedience to the King and the Heirs of his Body begotten of Queen Anne” and invalidates any previous oaths taken on the subject of succession. Refusing to swear allegiance would see you up before the King’s Bench on a charge of treason, which was likely to result in execution. 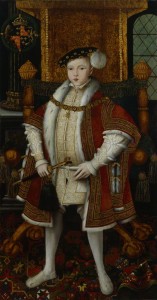 An Act Concerning the Succession of the Crown (28 Hen 8 c 7) is best read in Pickering volume 4 and can be found on page 449 of the pdf. By this time Henry has decided that he is not married to Anne after all and therefore her daughter Elizabeth is no longer a legitimate heir and anyone involved in the debacle should lose their property (and most likely their head.) Instead, sons born to his “most dear and entirely beloved lawful wife, Queen Jane” shall be his heirs, and should she not have a son, then any males born to any other lawful wives that he may take in the future take precedence.

An Act for the Establishment of the King’s Succession 1543 (35 Hen 8 c 1) established the line of succession beginning with Jane Seymour’s son Edward, and setting out who was to follow. There is an abridged version in plain text available here. Although Mary and Elizabeth were to remain illegitimate, it set out terms and conditions whereby they could in fact succeed to the throne. Edward VI became king in 1547 at the age of nine with his uncle Edward Seymour as Protector. Seymour was overthrown by the Duke of Northumberland in 1551 and executed in 1552. Northumberland could see that the king was dying and so he married his son to a relative of Henry VIII and persuaded Edward to name her as his heir. When Edward died from TB in 1553, Lady Jane Grey succeeded to the throne.

Lady Jane Grey was proclaimed queen, but there was not a coronation. She most likely never wanted the marriage or the responsibility, however she did have a claim to the throne and she was a Protestant, which made her a target for those in power who did not want Mary to return the country to Catholicism. She was taken to the Tower of London and persuaded to accept her destiny, but Mary immediately began to rally her supporters and set out for London. With the support of the country and the Privy Council, Mary was proclaimed queen just nine days after Jane. By spring the following year, Jane and her husband were dead, as were both their fathers. She was 16 or 17 at the time of her execution. 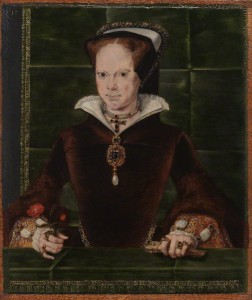 Mary I was the daughter of Katherine of Aragon and first crowned Queen of England to rule in her own right. She ruled for five years and is remembered as “Bloody Mary” for the 300 or so Protestants she had burned at the stake during her restoration of the country to Roman Catholicism. Mary was desperate to produce an heir in order to prevent her Protestant half-sister Elizabeth from undoing her work. She married Philip of Spain which was an unpopular move because it was feared the country could come under Spanish control. While Mary is said to have loved him (despite his being unable to speak English) he is thought to have married for political reasons and spent much of his time abroad. Several times her abdomen enlarged and it was believed she was pregnant, however she died childless at the age of 42 leaving Elizabeth as her sole heir. 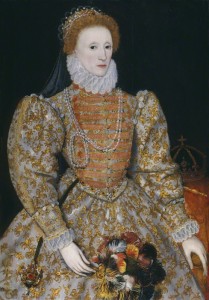 Elizabeth I was a very well educated young woman who was determined to preserve peace and stability. The Bodleian holds manuscripts in her own hand; including a Latin translation of an Italian sermon which you can see for yourself here. She had only narrowly escaped execution under the rule of Mary and knew that she lived in dangerous times. She immediately set about reintroducing Protestantism, while retaining many Catholic ceremonies and traditions, partly out of personal preference, but also to mollify both the Lutherans and the Catholics on the continent. Historians have long argued over her own specific beliefs; if you have a Bodleian library card and you’d like to delve deeper, you could begin by reading Susan Doran’s books on religion, foreign policy, matrimony and succession online via SOLO.