“The first thing we do, let’s kill all the lawyers” Henry VI Part 2 Act 4 Scene 2

Can the Law Bod  join in the Bodleian’s celebrations of the birthday of the author of such a phrase? Perhaps we should rather be gleefully chuckling over a possible interpretation of the title of the accompanying  exhibition Shakespeare’s Dead!

Shakespeare was constrained by his historical sources to include some outrageous anti-lawyer sentiment to let the audience imagine the fury of the mob: Holinshed’s Chronicle records as a feature of Jack Cade’s 1450 uprising  the beheading of “all such men of law, justices, and jurors as they might catch … without respect of pity or remorse of conscience.” 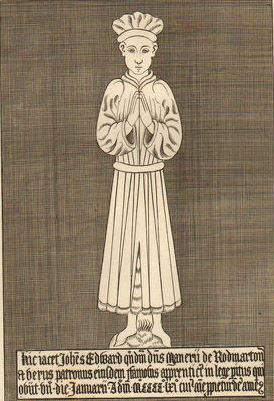 Fortescue – CJKB in 1450, & forced into hiding from popular discontent which continued in Kent in 1451 – thought that the membership of the legal inns was nearly 2000 in the 1460s. Not all inn members were practising lawyers – but conversely membership did not include the lowest rank of practitioners, attorneys – so it seems that there had been men willing to take up any empty places. (This estimate is included in Fortescue’s De laudibus legum anglie  c1469. If like the blogger (and – allegedly – Shakespeare) your Latin is but small, see the 1942 translation/edition by Chrimes) Research into legal practitioners of this age has been greatly enhanced by the two volume The men of court 1440-1550 edited by Sir John Baker (SS Sup Ser 18) There are also some visual records: such as the monumental brass of Serjeant at law Thomas Rolf  (d 1440)  and to John Edward (d 1462) , a succesful practitioner of lesser rank.

And of course the proposer of this lawyercide is only a very minor character – an illiterate Dick, whose livelihood is through killing (a butcher), and a rebel to boot.

Surviving archives do show, however, that Shakespeare himself became embroiled in long-running lawsuits – see the Legal & Financial Records section of a new website Shakespeare Documented (curated by Dr Heather Wolfe of the Folger Shakespeare Library, Washington, D.C.). So Shakespeare may have had a bit of a wry smile over Cade’s response to Dick’s suggestion:
“Nay, that I mean to do. Is not this a lamentable
thing, that of the skin of an innocent lamb should
be made parchment? that parchment, being scribbled
o’er, should undo a man? Some say the bee stings:
but I say, ’tis the bee’s wax; for I did but seal
once to a thing, and I was never mine own man
since.” (italics are mine)
There is no hint as to what type of deed Shakespeare had in mind for Cade – but he does make sure that he is revealed as a convicted criminal: “burned i’th’ hand for stealing of sheep.”  This detail means that Cade had already successfully pleaded “benefit of clergy” his one time only get out of death card. After Tudor legislation, brands had increased variety: “T” for theft, “F” for felon, or “M” for murder, and “V” for vagrant/gypsy or “B” for brawler. Being able to read was considered proof of clergy status. Remember this was before education was compulsory – and for Cade’s time – when Latin was the only authorized version. However courts always used the same test – the first verse of Psalm 51. Short – and clearly within most people’s ability to memorize from someone else’s recital. (In the King James Version “Have mercy upon me, O God, according to thy lovingkindness: according unto the multitude of thy tender mercies blot out my transgressions.”)

While many of the problems and situations posed in the plays are still useful calls to action for our inner law reformer!

“Through tattered clothes great vices do appear;
Robes and furred gowns hide all. Plate sin with gold,
And the strong lance of justice hurtless breaks;
Arm it in rags, a pigmy’s straw does pierce it.” King Lear Act 4 scene 6 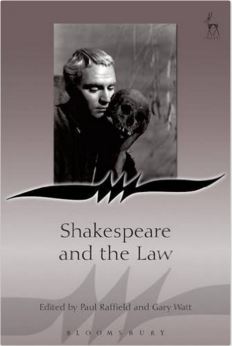 “Why, may not that be the skull of a lawyer? Where be his quiddities now, his quillities, his cases, his tenures, and his tricks? Why does he suffer this mad knave now to knock him about the sconce with a dirty shovel, and will not tell him of his action of battery? Hum! This fellow might be in’s time a great buyer of land, with his statutes, his recognizances, his fines, his double vouchers, his recoveries: is this the fine of his fines, and the recovery of his recoveries, to have his fine pate full of fine dirt? Will his vouchers vouch him no more of his purchases, and double ones too, than the length and breadth of a pair of indentures? The very conveyances of his lands will scarcely lie in this box; and must the inheritor himself have no more, ha?” Hamlet  Act 5 scene 1

How far the groundlings would have understood the legal jargon used with such relish by Hamlet is debatable, but the message is strengthened & they could all nod their heads wisely: common mortality is everyone’s lot.

The consensus seems to be that a man with Shakespeare’s genius for language need not have had any formal legal training to write what he did. He lived in a very litigious age when the worlds of the law (courts, public punishments and even the inns) were more mixed in with the life of the ordinary citizen than they are today. The halls of the inns of court could be used as temporary theatres too. (Middle Temple was the site of one of the first staging of Twelfth Night (1602) – Shakespeare may even have been one of the actors that night.) John Manningham (a diary keeping lawyer in the audience) enjoyed the joke against Malvolio – but we don’t know whether he was horrified by Andrew Aguecheek’s proposal to abuse legal process “I’ll have an action of battery against him if there be any law in Illyria. Though I struck him first, yet it’s no matter for that.”  (Twelfth Night Act 4 scene 1).

Shakespeare’s extensive drawing on the drama & jargon of law and justice means that you can search SOLO (OU union catalogue) with a very specific subject search  Shakespeare, William, 1564-1616 — Knowledge — Law and get 31 matches, just from the book collection! (This narrow subject search would not be enough to find everything relevant – as the topic may be dealt with by chapters within books, which are not all found by SOLO.)

Studies on aspects of Law in literature tend to be shared out among Bodleian Libraries – so pay attention to the shelf marks, and be prepared for short walks between Reading Rooms… 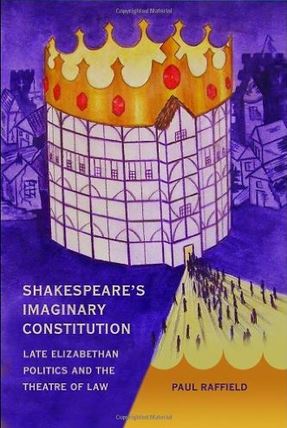 The Law Bod has for example Shakespeare and the law (2008),  selected conference papers on “… eclectic themes … from analyses of the juristic content of specific plays, as in ‘Consideration, Contract and the End of The Comedy of Errors’, ‘Judging Isabella: Justice, Care and Relationships in Measure for Measure’, ‘Law and its Subversion in Romeo and Juliet’, ‘Inheritance in the Legal and Ideological Debate of Shakespeare’s King Lear’ and  ‘The Law of Dramatic Properties in The Merchant of Venice’, to more general explorations of Shakespearean jurisprudence, including ‘Shakespeare and Specific Performance’, ‘Shakespeare and the Marriage Contract’, ‘The Tragedy of Law in Shakespearean Romance’ and ‘Punishment Theory in the Renaissance: the Law and the Drama.’  As well as the more focussed: Shakespeare’s imaginary constitution : late Elizabethan politics and the theatre of law (2010)

Shakespeare’s will is on display until 29 May 2016 in the Inigo Rooms of Somerset House (London) as a key document in the By me, William Shakespeare: a life in writing exhibition. Thanks to digital reproduction we can all examine each of the three pages in stunning detail on the free web. This is also a tribute to the best treatment modern conservation can offer.  Amanda Bevan, head of legal records at The National Archives, has recently blogged about some new interpretations she has been able to draw from its close examination. Amanda and Hannah Lee Crumme have also looked at what this will can tell us about female inheritance in early modern England.

One final point: As Henry VI Part 2 makes “Good Duke Humfrey” out to be a very honorable character – albeit with the human failing of a very quick temper – Bodleian librarians should all champion this play – Humf was certainly good to the Oxford University. 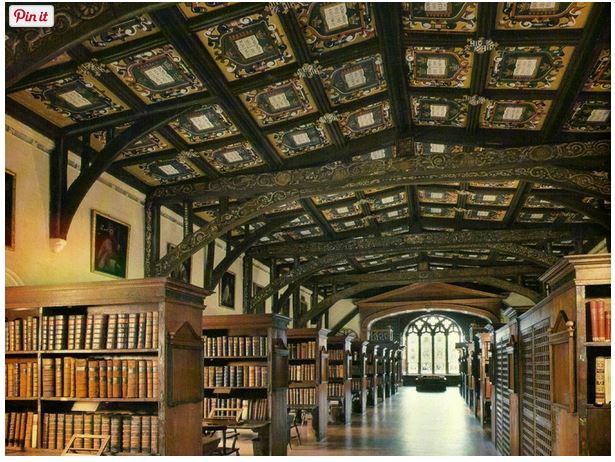 The Said Business School has also posted short video on YouTube to give you more of a flavour of this venerable reading room – but if you have seen a certain Harry Potter film the room may already be familiar.

(The play was included in the 1592 Quarto: the British Library website means we can all turn the virtual pages of the best quarto version.)