1968 may have been the twentieth anniversary of the adoption of the Universal Declaration of Human Rights,  but the year’s events had given scant scope for celebration: the My Lai massacre in Vietnam, the end of the Prague Spring, assassinations in the US (Martin Luther King Jr in April, Robert F Kennedy in June), anti-terrorism legislation in South Africa strengthened the apartheid government’s control on dissent, while the UK’s own immigration legislation was passed in an atmosphere of racial tension, etc. Little wonder then that ’68 would become synonymous with revolting youth! In fact, members of Oxford’s History Faculty are part of an “international project [which] reconsiders 1968 as a historic moment in the shadow of the Second World War, Cold War and wars of decolonisation, and in the glare of the Swinging Sixties, when a generation of young activists believed that they could change the world and at the same time change themselves” Around 1968: Activists, Networks and Trajectories.

Oxford University (as everywhere) had members of every shade of political belief and conviction. Holders of an Oxford Single Sign On can see brief snapshots of specifically Oxford student activism  – for example storming the Proctors’ Office in defence of their right to distribute political leaflets to the Cowley workers (24 May & 4 June 1968)  in The Times Digital Archive 1785-2010   Nor was it just junior members defending rights: William Wade (then inaugural Professor of English Law at Oxford) spoke up on the individual’s right to freedom to travel, challenging whether the then government’s position over passports was “consistent either with the rule of law or with the principles of administrative fair play.” (The Times 7 August 1968) (Mention of Prof Wade in the current climate makes one’s mind strays inevitably to his analysis (1996) 112 LQR 568 of the second Factorame case [1991] 1 A.C. 603 – and subsequent developments! Holders of an Oxford SSO can read both report and article in Westlaw UK But we digress…)

Oxford University’s Hebdomadal Council (how sonorously nineteenth century)  was (in 1968) already reviewing its dealings with those in statu pupillari (sorry it’s catchy!). Another committee was instigated – under the chairmanship of HLA Hart, then Oxford Professor of Jurisprudence (legal philosophy). “University discipline, like all other forms of punishment, should certainly be approached with the moral equivalent of Occam’s razor in hand : punishments are not to be multiplied beyond necessity. But Occam’s razor was not designed for suicide …” says para 88 of the resulting Report of the Committee on Relations with Junior Members (1969)

Dissent Magazine was prepared to award the Professor’s work a respectable β+ ?α -. Among the Hart Report’s recommendations was one that a panel of equal numbers of Senior & Junior Members should make all disciplinary rules – except for a couple of areas, including conduct in the Bodleian! (Would the neque fumo nicotiano clause in the Reader’s Oath have survived?)

According again to The Times (8 October 1968),  the latest edition of the Proctors’ handbook on student conduct had already got “with it,” having silently dropped the prohibition on leaflet distribution. Moreover, undergraduates would henceforth be able to “entertain” members of the opposite sex in their rooms – up to midnight!

By the time Christmas came along in this fractious year it seems the British public was in the mood for a laugh – and a song which could bring all generations & political persuasions together in the harmony of a silly, but catchy, chorus! 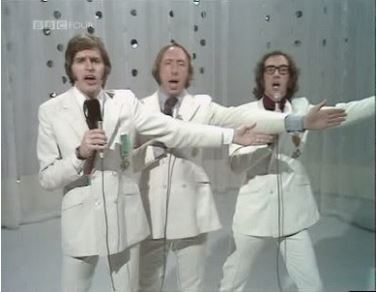 The Scaffold in action click image & then scroll down for recording of Lily! Image from Liverpool Music.org

Lily the Pink was a rather sanitized version of an older drinking song – & a veiled reflection on the remarkable success of an American peddler of patent medicine, one Lydia E Pinkham (1819 – 1883). Lydia now features as a Notable in part of Harvard’s fascinating Open Collections Program called Women Working 1819-1883  for she (and her family) had transformed a homemade concoction of roots, barks & leaves into a commercial triumph. Her Vegetable Compound claimed to be “a positive cure For all those painful Complaints and Weaknesses so common to our best female population.”  A fuller listing of its astonishing powers can be seen on a surviving Advertisement Card : and given the state of “proper” medicine back in the 1870s who can blame our sisters for buying in hope? (A wider collection of company puffs Pinkham Pamphlets 1921-1934 has also been digitized, thanks to a large company archive preserved at Radcliffe College, Harvard University. Finding aid here)

It is very probable that the Compound did give some “relief” – we are not just talking placebo effect here – for under the regime of the Pure Food and Drug Act 1906  (aka the “Wiley Act” PL 59-384) it was revealed that it contained up to 20 % alcohol!
The Law Bod’s subscription to HeinOnline includes access to the U.S. Federal Legislative History Library. In the Hearings before a Senate Sub-Committee in 1972 (considering Criminal Code Revision) there is an opinion suggesting that there may also have been a few coca leaves in the brew:  “Obviously, what we had in 1914[ before the Harrison Narcotics Tax Act] were several hundred thousand addicts in the country. They were, as  you said, females who lived in the rural parts of our country and hooked on patent medicines, like Lydia Pinkham. They did not know at the time what they were doing, and it was not considered illegal.”

Incidentally, you could still self-medicate with modern version of Lydia’s compound   should you so wish – 10% alcohol now & only with the leaf of the motherwart!- but strong in iron, calcium, and vitamins c and e … 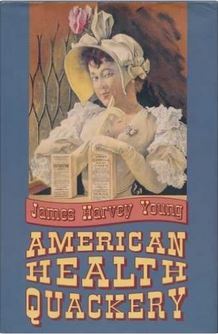 Includes more about Lydia & her kind – request from Closed Stacks if you so desire! 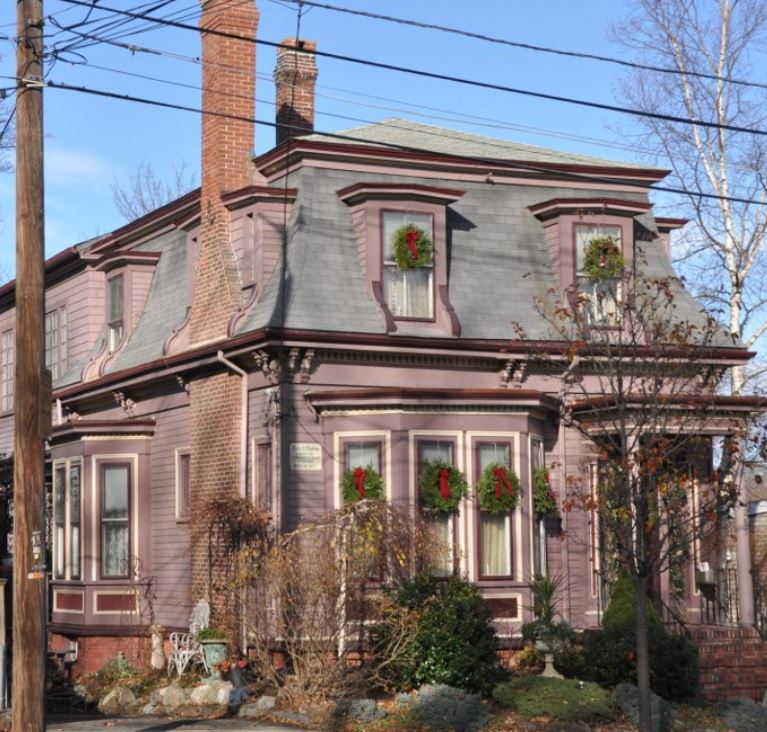