In 1962, although his best films were already behind him, Elvis’ music was still hitting the spot.  He’d already had three UK number ones that year (including one of the best single releases of all time, Rock-a-hula Baby/Can’t Help Falling in Love) and ended the year in top position again with Return to Sender.  Written by Winfield Scott and Otis Blackwell, this is the only good song* from the soundtrack film Girls! Girls! Girls!, a film exactly as ropey as you’d guess from the title.  And yet, and yet… when he sings Return to Sender, pastiching Jackie Wilson’s dance moves, all the irresistible Elvis charm and humour is there. 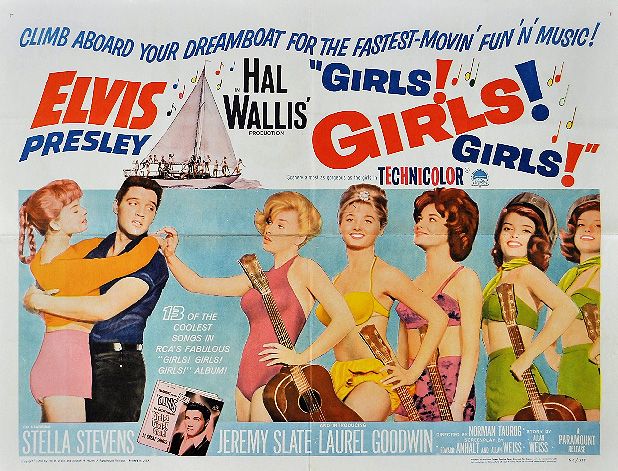 For further details about this song, such as the other musicians or date of recording, I commend to you the encyclopedic Elvis: his life from A to Z which can be requested from the Bodleian stacks.  Oh, wait, this is a law blog.  If you have an interest in trademarks then there’s plenty to keep you interested. Since the 1990s, Elvis Presley Enterprises, the ‘official’ vendor of Elvis merchandise, which represents the interests of Elvis’ estate, has been at work to limit use of his name, image and signature.  In the US, starting in the Tennessee courts, they brought a trademark infringement case against a well-established but ‘unofficial’ vendor, Elvisly Yours.  This ended with a ruling by the US Court of Appeals in 1991 which confirmed that ‘Elvis’ and ‘Elvis Presley’ could be considered as trademarks and controlled by Elvis Presley Enterprises.  When a similar case was brought in the UK, the eventual ruling was the opposite, with the UK Court of Appeal finding in favour of Elvisly Yours in 1999, indicating that no party could claim exclusive rights to use the name.  So often a trendsetter, Elvis has led the way in developing  the law on celebrity merchandising.  For further information, you can browse our UK copyright books at KN112 on Floor 2; our US books on the subject should be joining them there some time in the coming year. 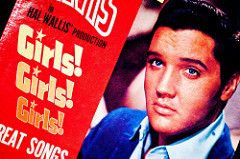 As I started to research this post, I began to think that the law connected to Elvis was such a big topic that it really deserved its own website, and then I found this: Preslaw, a collection of documents and cases covering several areas of law, gathered by US lawyer and fan (I assume!) Ian Feavearyear.

But what about the sad story enacted in the song Return to Sender?  The addressee repeatedly returns the singer’s love letters, marking them as undeliverable: address unknown, incorrect post code, non-existent addressee.  If you’re looking for federal regulations governing the US postal service you should consult the United States Code Annotated at USA 35 (still on Floor 3, as before our renovations).  Title 39 which addresses (ahem) the Postal Service is also available online, without annotations, through the Legal Information Institute.   The section on Nonmailable matter covers the situation where the name or address is fictitious.  (As well as prohibiting the mailing of – have I read this correctly? – fragrance samples and car keys.)

However, in our scenario, the address details are correct and the letters are simply unwanted post.  The US Code mentions unwanted advertising material and merchandising samples, but not the Return to Sender service as such.  More detail comes from the internationally agreed Universal Postal Convention, set by the Universal Postal Union, which describes itself on its website as “the second oldest international organization worldwide”. First drawn up at a meeting in Berne in 1874, the Convention created some uniformity of standards between the postal services of member states and established the principle that a sender of international mail would pay a single charge in their own country.  For more on the history of the UPU see International communications : the International Telecommunication Union and the Universal Postal Union by Francis Lyall, available in print or as an eBook.

Under UK law [UK Statutory Instrument 2012/936 Sch. 1 para. 5] returned mail should be sent back “within a reasonable period”.  In our song the local postal service is remarkably efficient, returning the rejected mail “the very next day”.  Perhaps this is not too surprising in view of a 2012 NBER paper which argued for measuring the relative efficiency of national governments by comparing how quickly their postal services returned wrongly-addressed mail.  The researchers sent letters to fictitious business addresses and recorded how long it took for them to be returned to sender.  All the letters sent to a US address were returned, within an average of 16 days, putting the US at the top of the list for mail efficiency. 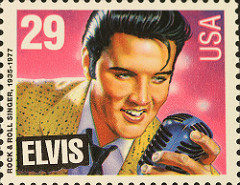 And finally, since all roads lead to Elvis, the US postal service does have reason to be extremely grateful to The King.  According to the Washington Post, when an Elvis stamp was issued in 1993, 124 million stamps were bought as souvenirs by fans and remain unused, which proved highly profitable.  Less so for any collectors hoping they’d have any resale value.

*Though I will admit to a liking for Thanks to the Rolling Sea.