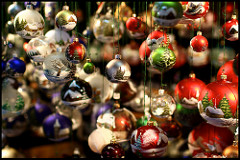 It’s that time of year again where we do our best to entertain you with a ‘countdown to Christmas’ blog series.  This year the Law Bod staff have stood on their tiptoes, looked on top of their wardrobes and brushed off the dust from their stash of board games.

Although board games are not wholly related to Christmas, it tends to be the time where people can coerce the recommended 2-6 players to finish off their 5th mince pie and gather round a table to push around figures/cheeses/counters in a vain attempt to wear the family crown for another year.  Join us if you can bear the memories of overly competitive aunties, cheating siblings or the realisation that, despite being advised to do so, trying to buy all the stations on the Monopoly board and ignoring everything else is only going to lead to heartbreak (#stillbitter).

Over the next few weeks we will attempt to link our knowledge of legal resources and library services to some well-known board games.  Hopefully the series will bring back some nostalgia in the

form of games you love or introduce some new ones, oh, as well as highlighting some of the great resources we have in the Law Bod.

In the tradition of the annual Law Bod Christmas Blog Series some of the links are so tenuous as to be practically non-existent and so to save you from wondering what is going on we recommend looking at some of the previous series for a taster of what to expect.  You can either search on the right hand side for Christmas 2012, 2013, 2014, 2015, 2016 or go to some of the links below.