George R.R. Martin  neatly encapsulates the precariousness of being a character in  A Game of Thrones, the televised version & extension to his books. A game  built on such an ethos is clearly what anyone’s Christmas needs!
Games producers have been quick to translate the, err, cut and thrust of the TV series into coloured cardboard and plastic tokens, so please be specific in your letter to Santa.There is a Cluedo version (was it Sansa Stark in Qyburn’s Laboratory with a Catspaw Blade?), a monopoly version ( Free Parking in Westeros!? Just imagine the local traffic wardens …),  a Risk version (“escalates … the classic game of strategic conquest, to an epic level of chaos and war”), a Trivia Game (“your mind is your weapon”), more than one Card Game (with POD extensions) as well as simply A Game of Thrones: the board game (2nd edition). Anything with an edition statement has to win the votes of  librarians.

But librarians do find it hard to put books down … . If you have developed the law student’s basic skill of speed reading, you still have time to gird up your loins by getting through some background reading, starting with the published novels in the series A Song of Ice and Fire. The length of Reading Lists in law are the stuff of fable – but Martin admits in his Preface to Inside HBO’s Game of thrones “Just one of my volumes was as long as all three of Professor Tolkien’s” – so don’t delay! 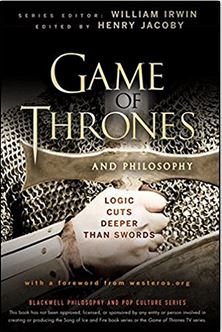 Holders of Oxford SSO can read this online

Indeed, the opportunities to learn before getting down to playing keep on coming! How about Game of Thrones and Philosophy: Logic Cuts Deeper than Swords? (Online for holders of Oxford SSO)  Not entirely convinced by the validity of the subtitle, but we happily note that Chapter 4 is The War in Westeros and Just War Theory – great stuff to entice more people into the study of a vital topic of public international law! Useful background reading for this chapter could start with the Just War Theory article in The Internet Encyclopedia of Philosophy (IEP) (ISSN 2161-0002). This online resource has been live since 1995 “to provide open access to detailed, scholarly information on key topics and philosophers in all areas of philosophy…. The IEP articles are written by experts … The submission and review process of articles is the same as that with printed philosophy journals, books and reference works.’

But don’t limit your  Flipped Learning  experience to just reading – there are online tutorials on the board game, starting with this introduction of 20 mins The leaders of the rival houses won’t stand a chance!

But please excuse me from the players’ table! The correct assembly of an educational jigsaw (such as the one below) is about the limit of my intellectual capacity during holidays … Once that is I have remembered that old mnemonic verse Willy, Willy, Harry, Ste, Harry, Dick, John, Harry 3, .. 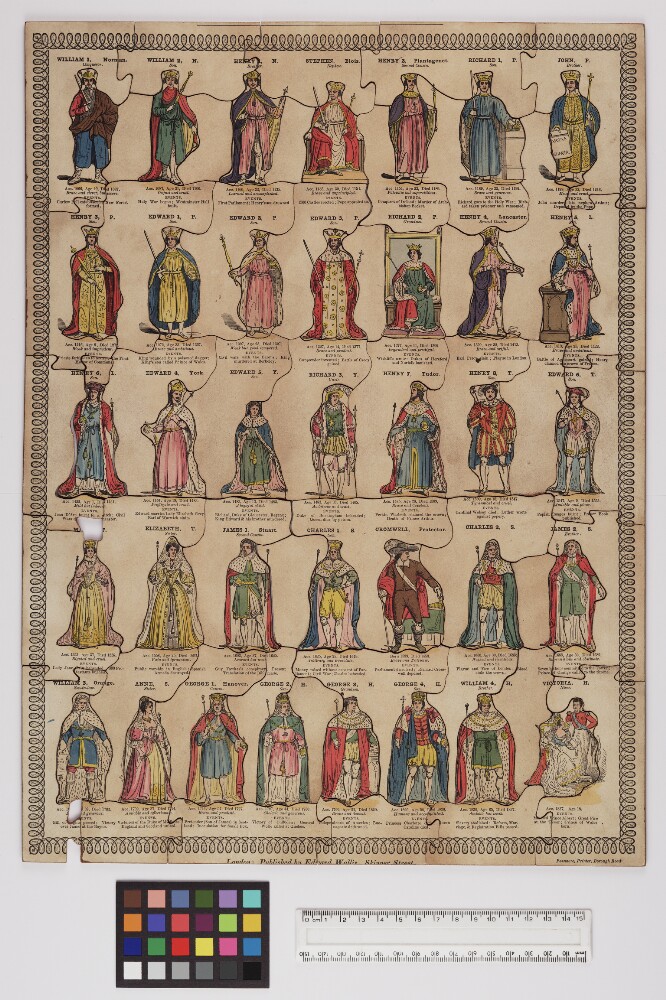