Pandemic is  a whole series  of board games where players work as a team to save the world In later editions new characters have been included  – such as The Contingency Planner and The Quarantine Specialist. What worries us is that none of them yet seem to include a character called The Legislator or The Norm Maker … Could this 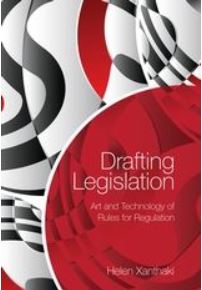 possibly imply that the drafting of statutes is not seen as either heroic or glamorous??? Perhaps board game developers need to wake up their ideas: in a book published by Hart,  Helen Xanthaki used the “paradigm of Flyvberg’s phronetic social sciences, [to offer] a novel approach which breaks the tradition of unimaginative past descriptive reiterations of drafting conventions.”

Certainly historians of medicine would seem to agree with us that The Legislator would be a useful addition:|”Legislation, in the form of direct prescriptions or proscriptions on behaviour, is perhaps the most powerful tool available to the public health policymaker” (Abstract to R Pawson, L Owen, & G Wong, ‘Legislating for health: Locating the evidence’ (2010) 31 J Public Health Pol  164. https://doi.org/10.1057/jphp.2010.5)

The connection between the epidemics of cholera – a lot of lobbying from heroes such as Edwin Chadwick – and the ancestor of “modern” health legislation, the 1848 Public Health Act (11 & 12 Vict c 63), possibly qualifies as common knowledge. The free online Hansard lets you follow the passage of the Bill.

But there had been two Baths and Washhouse Acts passed in Westminster prior to 1848 – crucial steps in the battle against transmission of diseases. The first of 1846 (9 & 10 Vict c 74) thought in terms of local authorities provision of basic public facilities for the poor as a whole. The House of Lords cannot but have been impressed by the fact that “9,000 [users of a privately funded pay as you enter establishment bath in London] had walked from three to five miles to obtain that advantage .” In their Lordships’ lives the wherewithal for bathing for basic cleanliness usually came to them! The second of 1847 (10 & 11 Vict c 61) recognised that the lower classes were not without pride … or class consciousness of their own: it allowed local authorities to extra facilities at a slightly higher rate so that the tradesman was not having did have to use the exactly the same facilities as his servant … or the labouring poor. HL Deb 29 June 1847, vol  93, cols  1052-7 (It is a shock to read that the East Oxford public slipper baths did not close until as recently as 1978 – well within the lifetime of the Law Bod.) 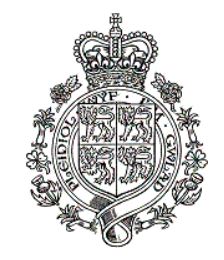 Currently, England is considering changing of the existing law on consent to organ donation ( Human Tissue Act 2004  ) Indeed Department of Health launched their public consultation on 11 December 2017. It will close on 18 March 2018. Read about it & have your say here!

In this England may be following the lead of Wales, where the statute introducing presumed (or the opting in of) consent was the Human Transplantation (Wales) Act 2013