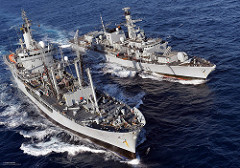 This Christmas, perhaps you’re hoping to find a battleship in your stocking. Perhaps you’re thinking you might just sail out into open water and randomly fire to see if you can hit a neighbour’s ship. It would be foolhardy to take such a journey only to begin the New Year in a holding cell, so the Bodleian Law Library is here to help you embark upon your explosive hobby within the law.

There are a variety of issues to consider, including, but not limited to, the legality of owning a battleship with active weapons, the sailing of such a ship in coastal and open waters, the firing of the weapons and the blowing up of another ship. On the final point you ought to find out whether random firing is an accident during testing or a deliberate attack: if 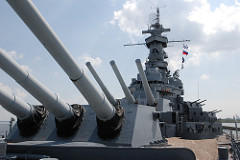 you’re firing blind, is blowing up your neighbour’s ship foreseeable? Is it an act of war, or piracy, or negligence? Who decides and what might the penalty be?

You can in fact buy surplus battleships on a fairly regular basis, the United Kingdom Ministry of Defence advertises its wares online (last year you could treat yourself to an aircraft carrier), or if they’ve run out you could try your luck in the United States. If you simply can’t make your mind up, Jane’s Fighting Ships profiles thousands of options from the past, present and future. There’s bound to be something to fit your specifications. The question of weaponry is a sticky one though. In the US you can legally own a grenade launcher or a cannon, but in the UK you’ll need to join the Navy to get access to something likely to trouble a ship, a time consuming and restrictive process. 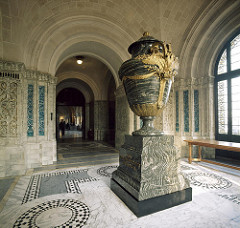 A comprehensive legal framework was drawn up and agreed in 1982, in the United Nations Convention on the Law of the Sea. Disputes on the interpretation and application of the Convention are adjudicated by the International Tribunal for the Law of the Sea, but blowing up things that belong to neighbouring states generally comes under the jurisdiction of the International Criminal Court. We have several relevant libguides relating to international law that will give you a head start, but if you don’t want to read online, we have lots of resources you can browse in the library. 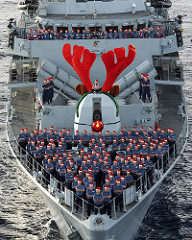 You can find the international law of the sea at Internat 630 and the international law relating to war and armed conflict at Internat 750, both on the top floor of the library. If you come out of the lift on floor 3, head forwards about 20 metres then look to your right you will find the Internat section. United Nations materials are located on the ground floor in Official Papers. To find them, come out of the lift on floor 0, head forwards until you reach the blue chair, turn left, walk forwards about 10 metres and turn left again. Most official papers are shelved in grey boxes and are difficult to browse, so it’s a good idea to start your research with our UN libguide.