This purchase means that 380 Hart books which previously the Law Bod held in print are now also available online. (An Oxford SSO is required for remote access.)

The longer serving of the Law Library staff remember when Hart Publishing set up business in Oxford in 1996, nestled into the Salter’s Boatyard area of Folly Bridge. Indeed, as someone who had done a bit of research in the history of legal publishing in England the news brought a genuine, if rather nerdy, frisson of excitement! Hart is still “here” – though its registered office is now at Cumnor Hill.

Naturally, the new firm quickly fostered, and has maintained, very good links with the OU Law Faculty Many current and former teachers and students having their works published by them.
In retirement, the founders Richard and Jane Hart continue to support legal studies, by hosting an Annual Conference on Judicial Review – this year it is being held on Friday 7th December 2018, Cavendish Conference Centre, London – and lending support to a biennial Public Law Conference , 1 to 13 July 2018  this year, in Melbourne Australia.

In 2013 Hart became an imprint of Bloomsbury. An immediate improvement, from a reader’s point of view, was that the e-versions of Hart titles were made available on a much better platform. Bloomsbury had already 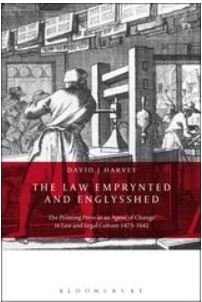 become  prominent in tax law publisher having absorbed Tottel in 2009. Now there is a name to stir the hearts of historians of the early English law book … thanks to this purchase any Oxford SSO holder interested in this fascinating area can now read The Law Emprynted and Englysshed: The Printing Press as an Agent of Change  online. (The Bodleian’s print copy is in Bodleian Library Weston RBMSS Open Shelves R.Bibl. 282.1/HAR not in the Law Bod.)

Currently, over 1500 books carry the Hart logo – textbooks and scholarly monographs for academic lawyers, and also works for legal practitioners. Its writers have picked up a number of prizes too

– so the results of searches are already revealing  green View Online links were there had been none before!

Unfortunately, what the publishers make available to libraries by these collections is not necessarily as straightforward as one might think. And they don’t necessarily allow for the lawyer’s zeal for the most recent edition! For example: Ezrachi’s work EU Competition Law: An Analytical Guide to the Leading Cases. This e-book collection does include an edition – but is the third edition, published in print in 2012. The most recent edition is (as I type) the fifth, published in 2016. We have a print copy at the Law Reserve – and it may be that your College has purchased one too! – but it is not included in the package. The fifth edition is only available electronically as an electronic legal deposit copy – so you would need to be logged on to a library computer in a Bodleian Reading Room. (The third & fourth editions are also available via electronic legal deposit.) There is a Bodleian Libguide explaining more about eLD.

We like to think the Law Library may also have played a small part in the physical look of Hart books. A few years ago we invited a group from Hart’s editorial and publicity team for a tour of the Law Library, to let them see the wider context of the world of legal publishing. One of the team noticed that a consequence of library shelf mark labels being placed near the bottom of spine meant that they effectively obscured the firm’s logo – when looking at row of spines on a shelf there was seldom anything visible indicating the publisher. …. and now the Hart stag increasingly appears on the top of the spine … (All the examples below are now available online thanks to this purchase) 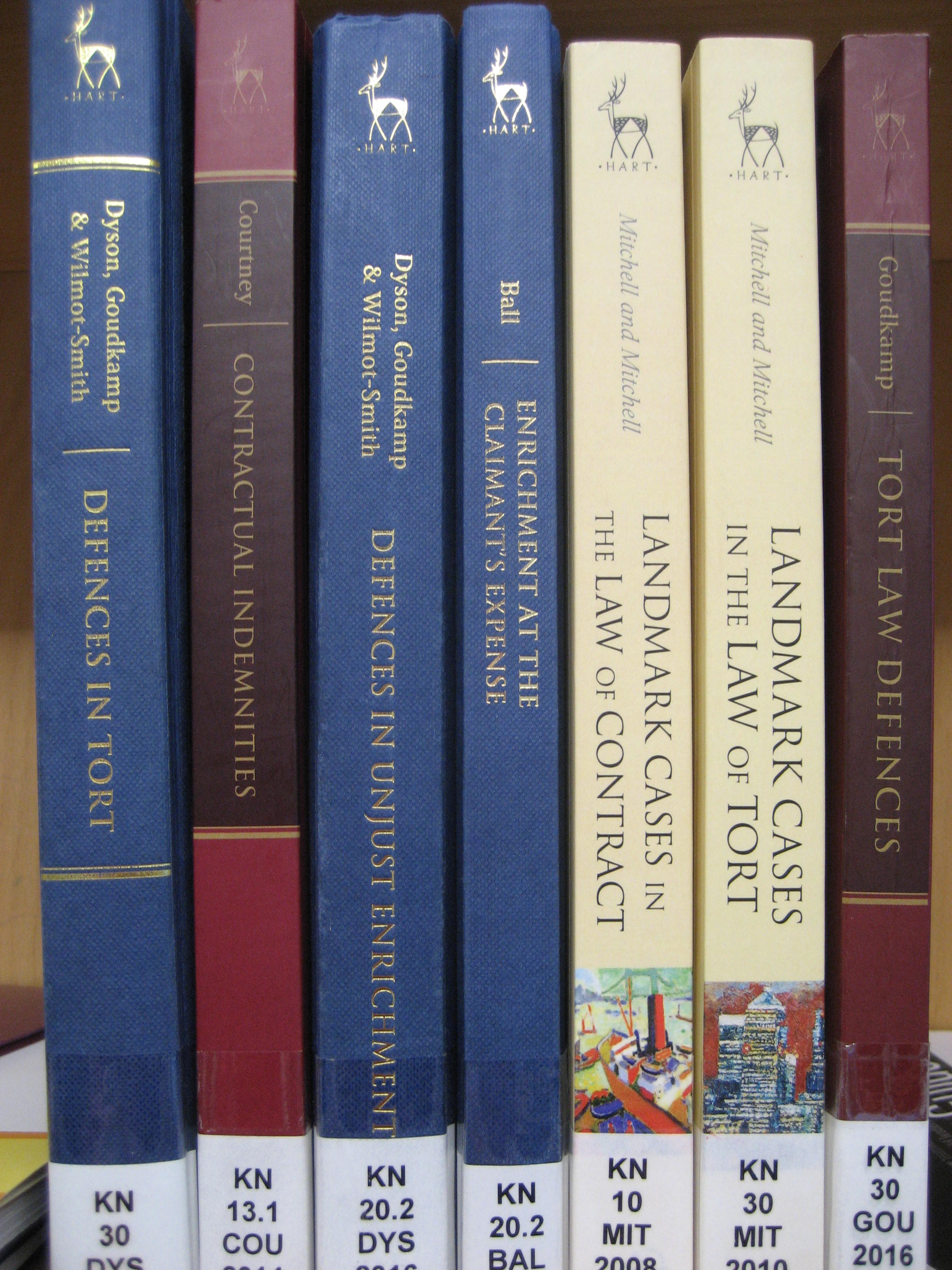