After wrapping up the Getting to Know the Law Bod series we are now getting into the festive spirit and bringing you our annual Christmas blog offerings.  Like with previous years (a good summary with links through to each year can be found here for the curious) we have a theme and this year it is Christmas animals. 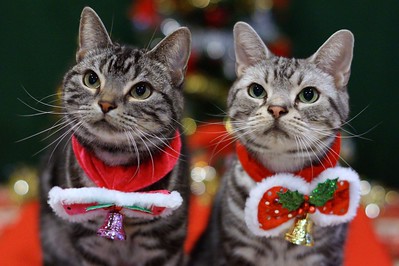 We will be blogging each day this week (and also on the 23rd!) relating Christmas animals to legal resources and/or Library services in the most tenuous way possible (again another Law Bod Christmas blog tradition set from the start in 2012 with the very dubious connections in the ‘Partridge in a Pear Tree’ post).  This year we may even give an extra mince pie to the blog writer who comes up with the most tenuous link so if you see one that you think is particularly good (or perhaps we should say ‘bad’) then mention it in the comments and we will use it to judge.

When thinking of this year’s theme it was difficult at first to think of many animals that were related to Christmas but there were a surprising number once we got going. There are the obvious,  so reindeers, donkeys, camels, turkeys and robins.  Some of the lesser known (well, less known in the UK) are outlined in this article here https://onekindplanet.org/christmas-animals-around-world .  We could also look back to our first Christmas blog series http://blogs.bodleian.ox.ac.uk/lawbod/2012/11/26/12-legal-days-of-christmas/ and get inspiration from the carol “12 days of Christmas“, where the lucky recipient received no less than 6 different types of bird.

Talking of Christmas carols*, animals appear quite often as either the main subject of a number of Christmas carols or within the lyrics.   From the oxen in Once in Royal David’s City to Little Donkey,  from the deer in The Holly and the Ivy to The Animal Carol.  If you are looking for something from a little further afield then there is the titled ‘Carol of the Birds‘ or ‘El Cant dels Ocells’  a Catalan carol.

So onto the first tenuous ‘bridge’ .  It appears that as animals play an important part in both the traditional Christmas story and also in the wider winter season, they are also considered important in terms of the law. 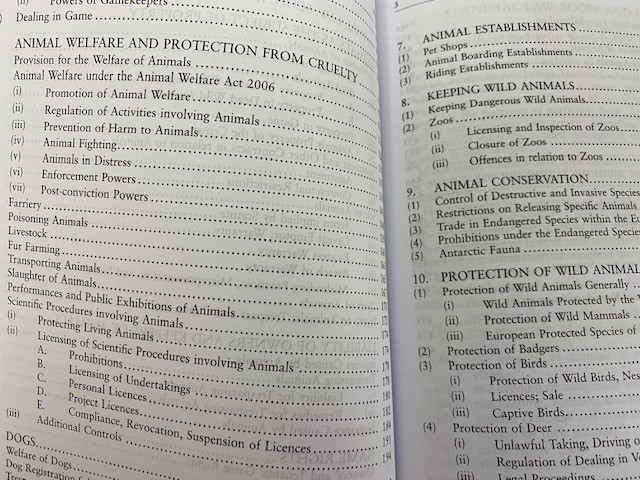 From laws outlining how they are kept and treated (Animal Welfare Act 2006), to laws protecting status and environmental concerns (Wildlife and Countryside Act 1981) to laws protecting people from animals (Dangerous Dogs Act 1991) there are a lot more laws relating to animals than you might think.

So many in fact that Halsbury’s Laws Of England (5th edn) has a whole heading dedicated to them.  If you are starting any English legal research you can do worse than picking up one of the most authoritative secondary sources in English law.  Seen as a statement rather than a discussion of  the law, it provides an excellent first step in identifying relevant primary sources.  Continuously updated (in the hard copy as well as the online) the many volumes can be found at KZ1 in the Law Library or electronically via Lexis Library.

In the interest of fairness, other resources on animal law are also available.  A quick search of SOLO reveals lots of results including a number of journals, for example, the UK Journal of Animal Law.  You can also browse our shelves at shelfmark KN186.8 to see the books we have on the subject.

*If you are interested in how many carols are out there then you may get an idea from this Wikipedia article https://en.wikipedia.org/wiki/List_of_Christmas_carols  (usual disclaimers about the source!).

Please join us over the next week to see how we have managed to link various different Christmas animals to the many resources we have!