Boxes arrived in the map department recently, a donation of material from our friends at Cambridge University Library. When opened they revealed their contents, 945 German 1:25,000s, all from between 2003 to 2007. 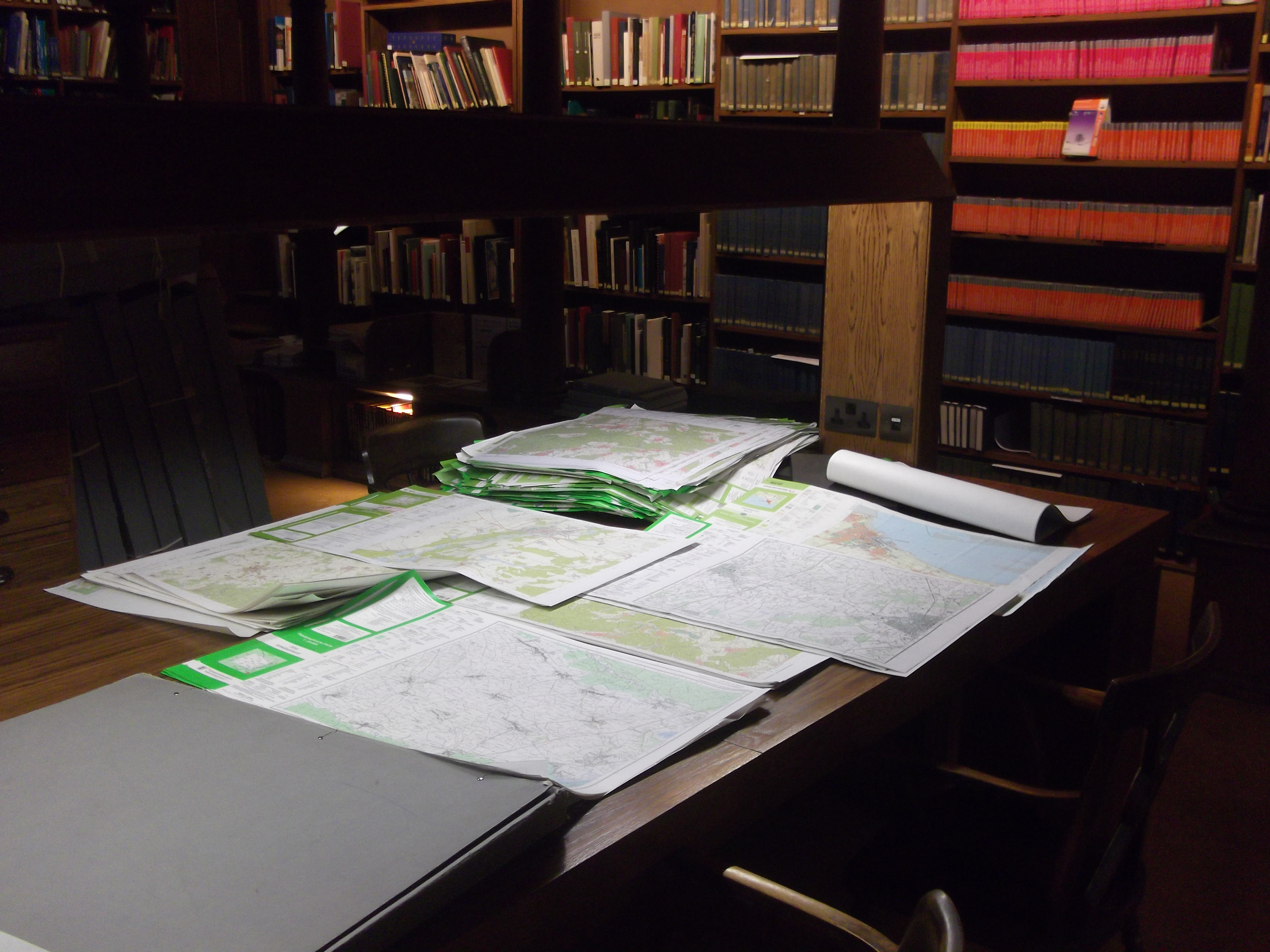 We have 500 of these in the collection already, but nothing from after 1999, in fact some of the maps in our holdings were old enough to have these stamps on, 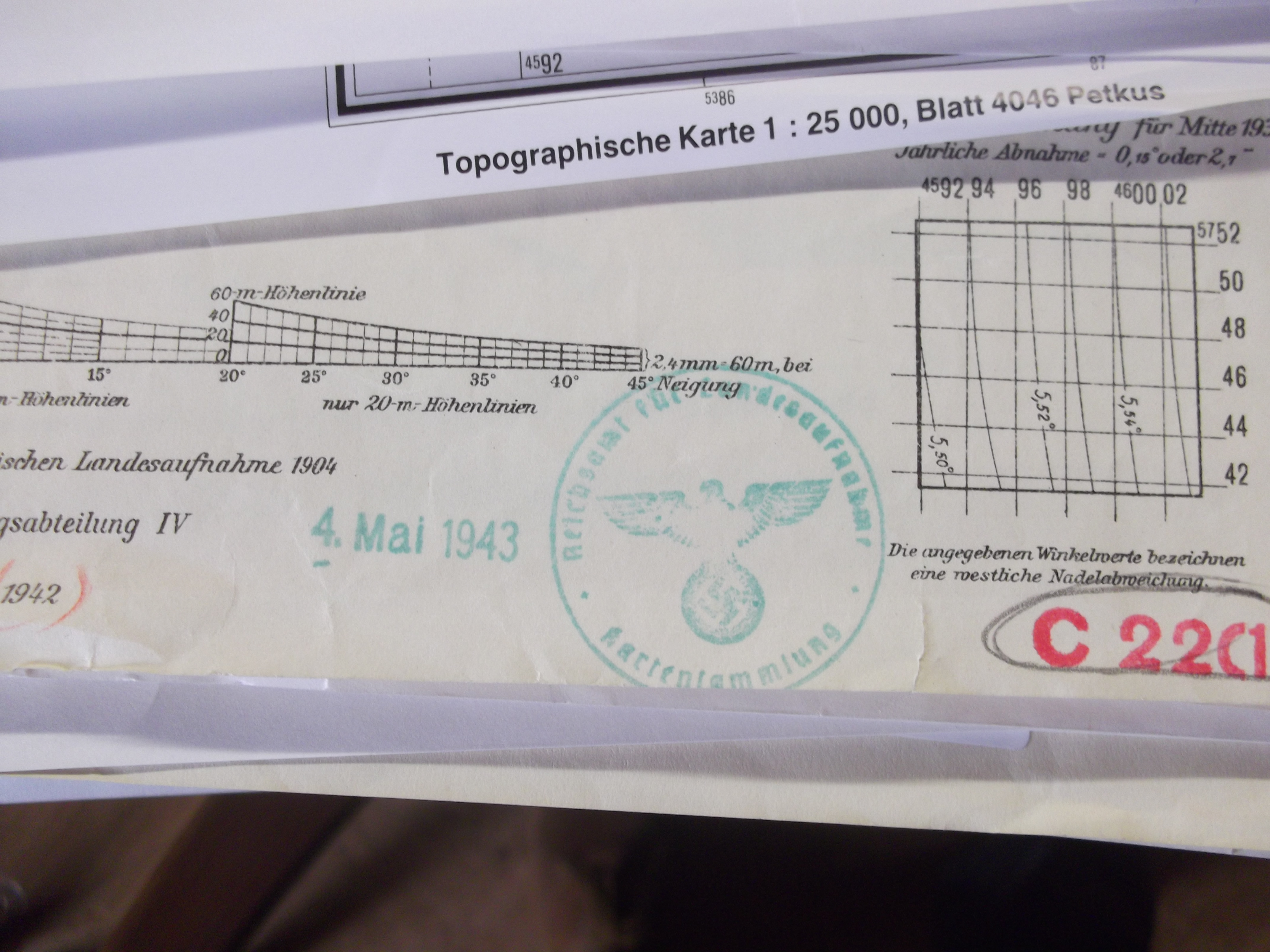 so this new intake will bring our set more up to date as well as filling in some of the gaps in our holdings. 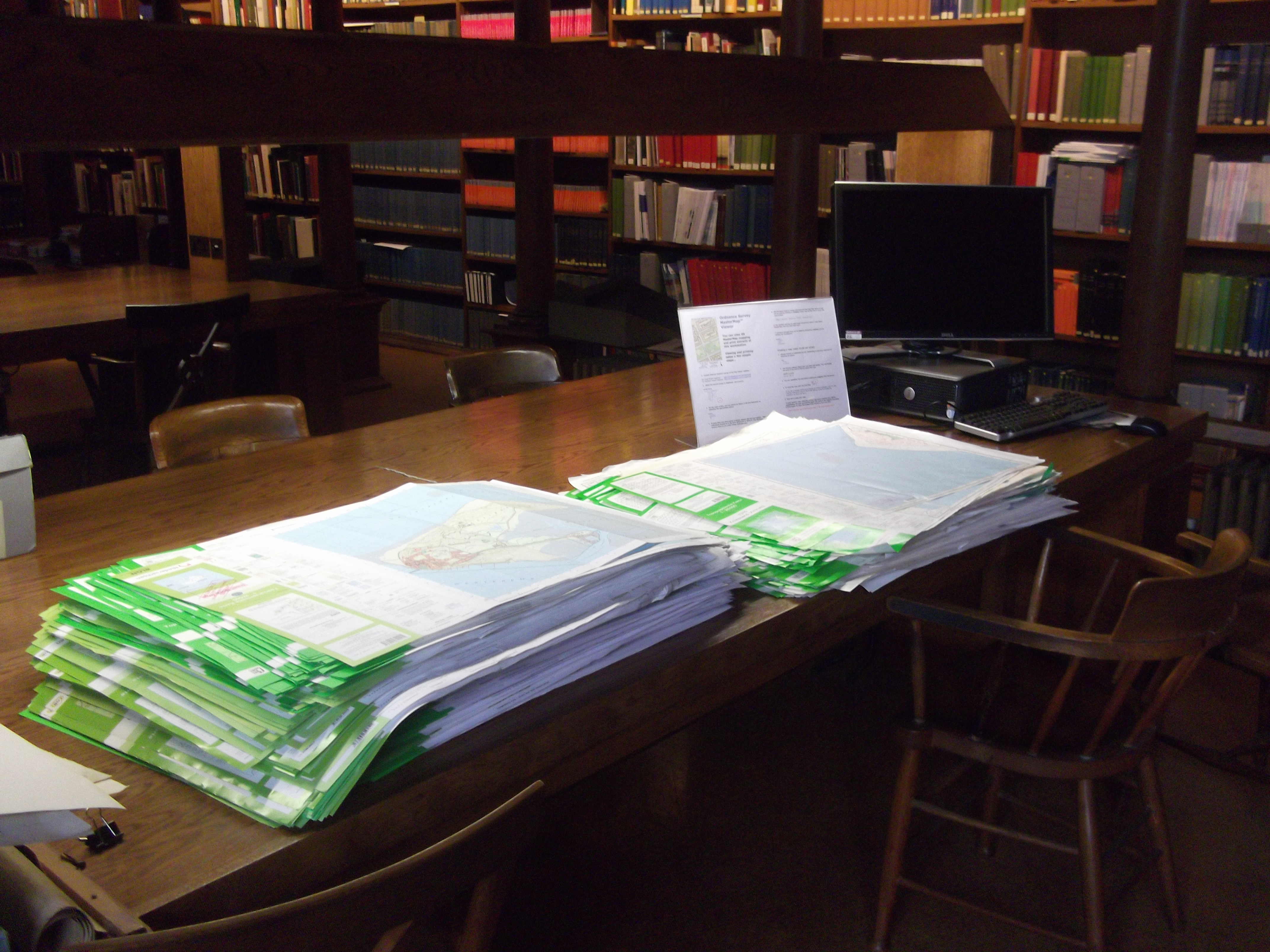 The maps are the German equivalent of the Explorer series and are detailed enough to show field boundaries, the only disadvantage to the sheets is that they are quite a bit
smaller than those produced by the Ordnance Survey.
The series, ‘Topographische Karte 1:25,000’ is stored at C22 (15d), and is indexed. 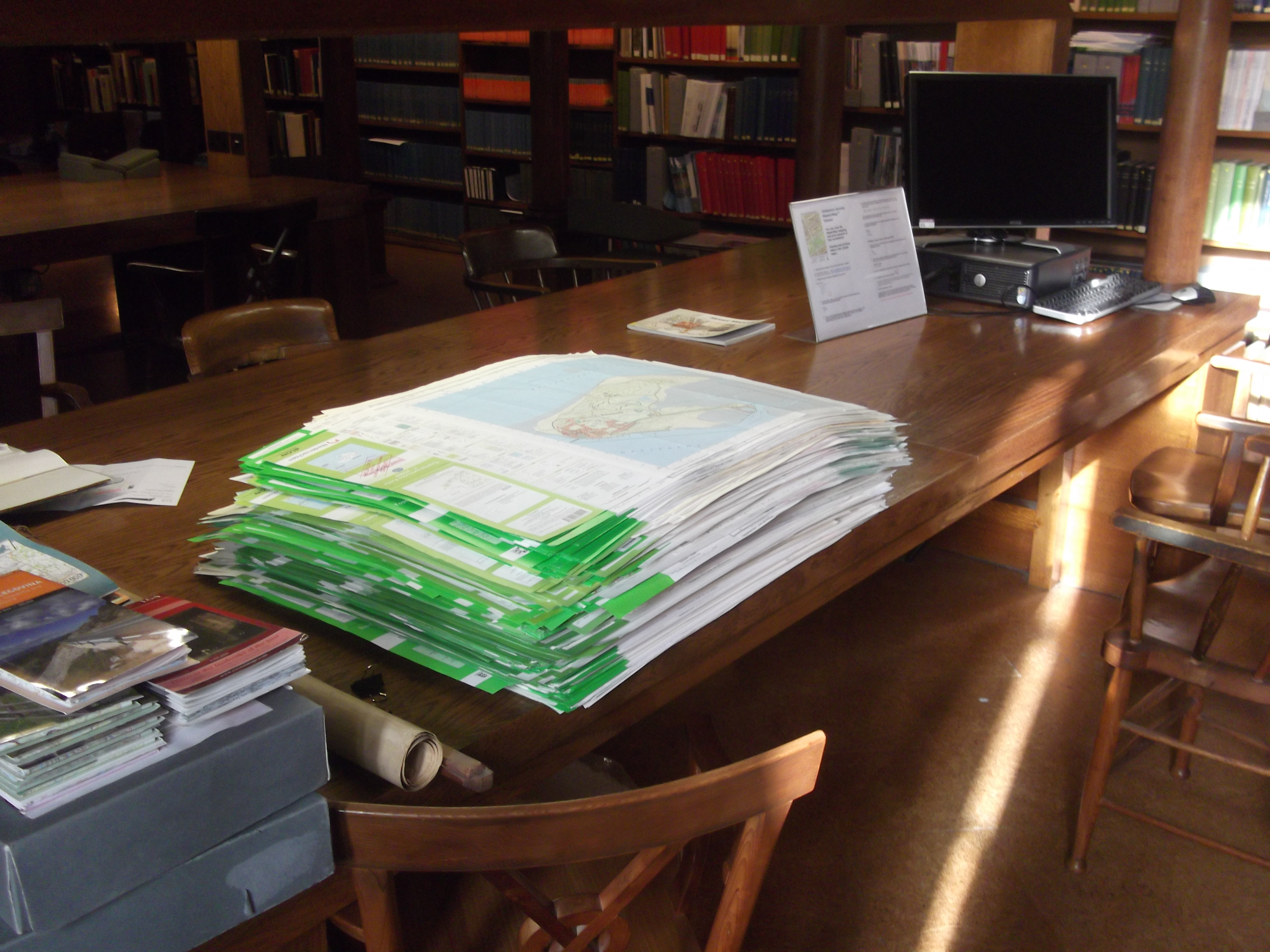 Both piles integrated and ready to go into the stacks