Map Room staff recently found this ordinary looking booklet amongst material donated to the library. A rough English translation of the Polish text is ‘Sketches designed for Polish defences in Poland and the situation on the ground’.

The Warsaw Uprising of 1944 was designed to coincide with advances made by Soviet forces moving through Poland. Starting on the 1st of August, the insurgency was initially successful, with most of central Warsaw soon coming under Polish control. Continued success, though, depended crucially on Soviet cooperation. The deliberate halt of their advance just outside Warsaw allowed the German Army to re-group and defeat the Polish Resistance Home Army. This led to mass executions of both fighters and civilians and the destruction of large parts of the city. By January 1945 some 85% of central Warsaw was in ruin.

We show here three of the maps dealing with the Uprising. The first is from a set of five maps showing blocks of houses held by the Polish Underground Army between the 24th of August and the 15th of September at 1:50,000 scale. The maps also show streets that were either fully or partly under the control of German forces. As can be seen from the image, in some cases the streets held by the Germans ran next to — and in one case through — Polish-held areas. (C31:35 Warsaw (58)). 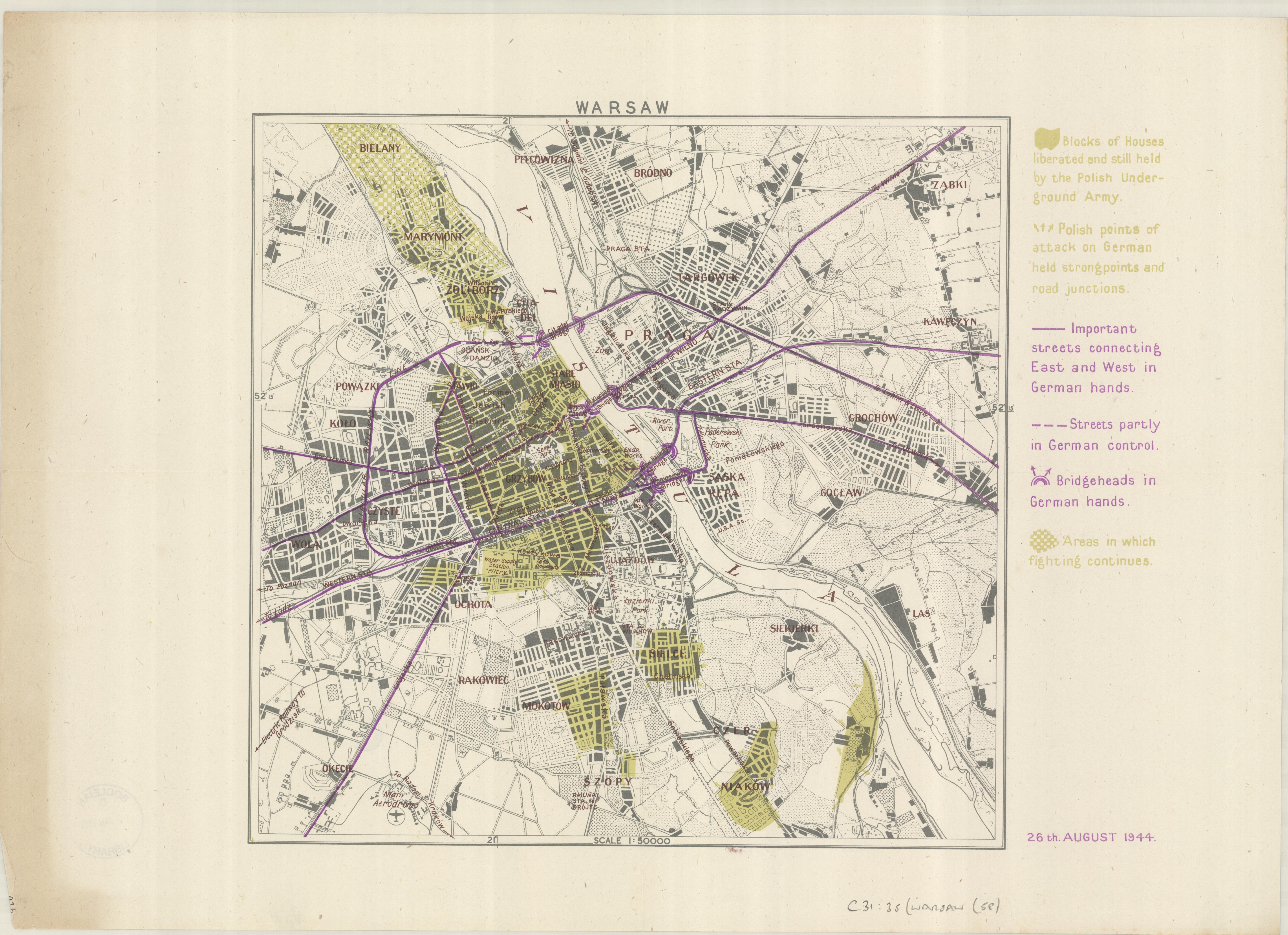 The second map shows areas of the city liberated by the Polish Underground Army between the start of August and the end of September (C31:35 Warsaw (63)). 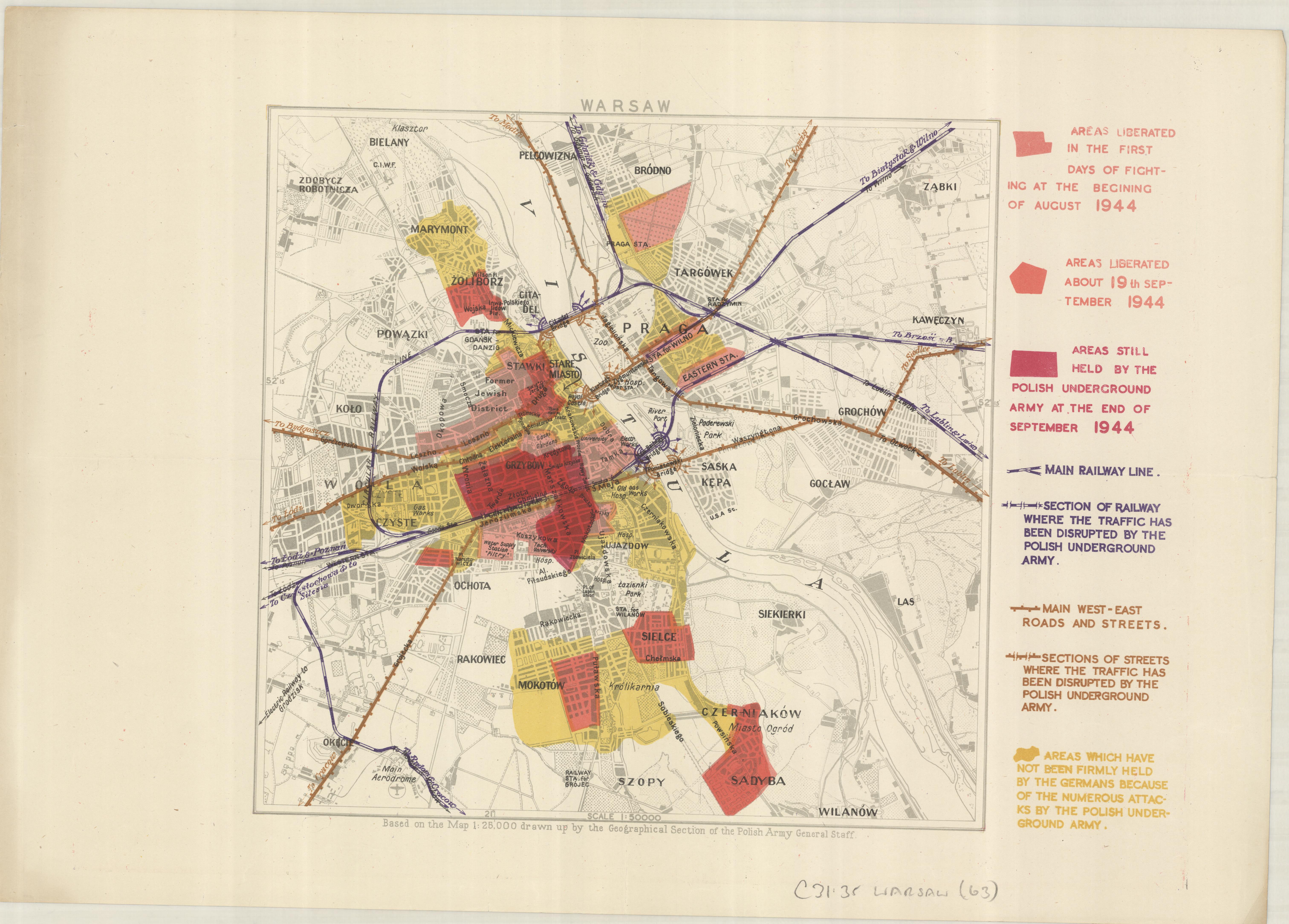 While the third shows the situation in the centre at the time of surrender (C31:35 Warsaw (61)). 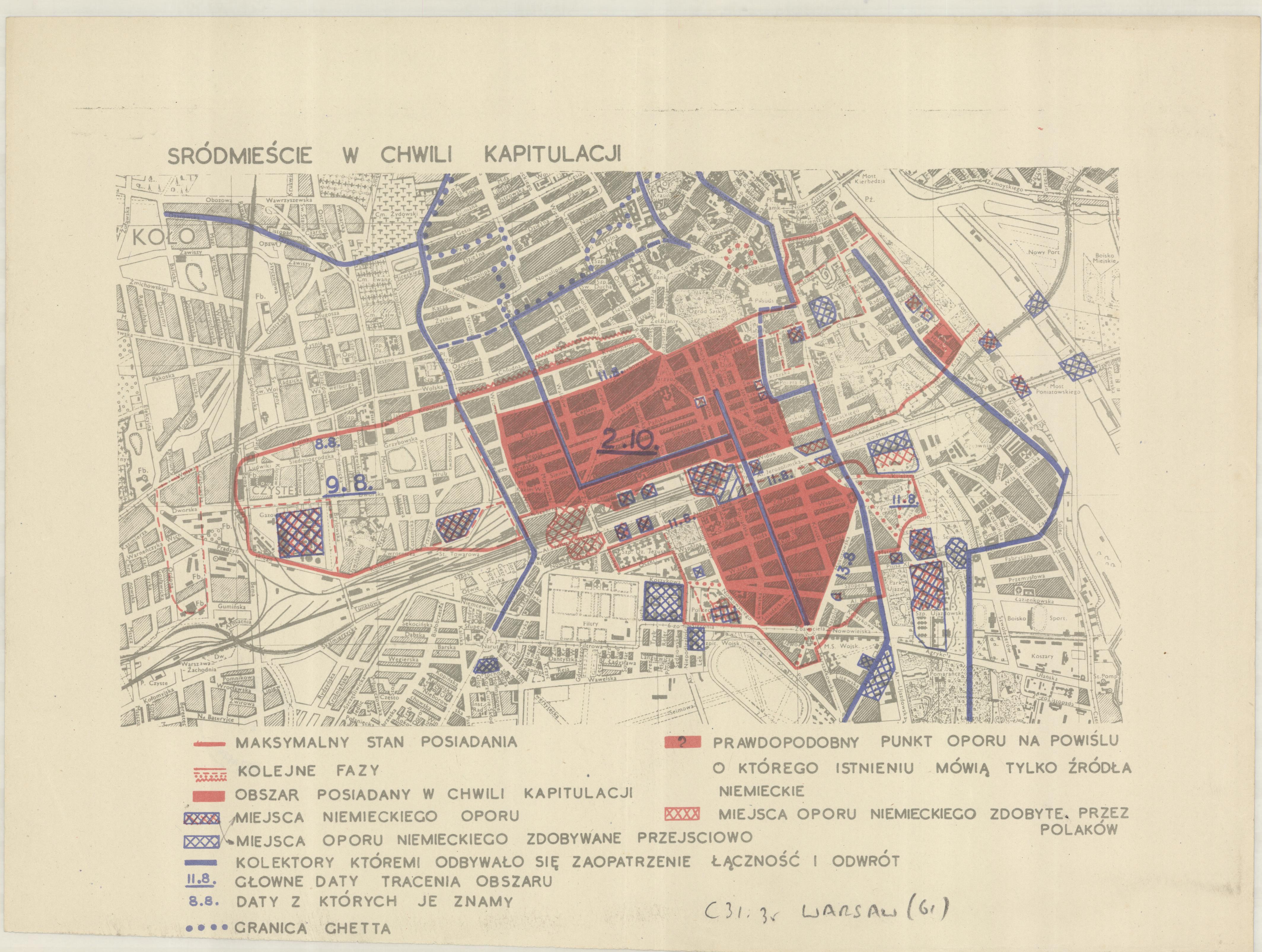