From antiquity through to the early editions of the Ordnance Survey maps have often been considered works of art as well as practical aids to getting from a to b.  As well as what lies inside the folded package the covers of many works are often objects to be admired in their own right. Ordnance Survey (OS) maps and catalogues, in particular in the years between the wars, being perfect examples.

Arthur Palmer was one of the first of the artists used by the OS, creating map covers that not only looked good but reflected the location, like this district map of Oxford from 1931. Earlier maps, such as the Geological map of Oxford, were printed on bland sleeves which soon smudged and got dirty. 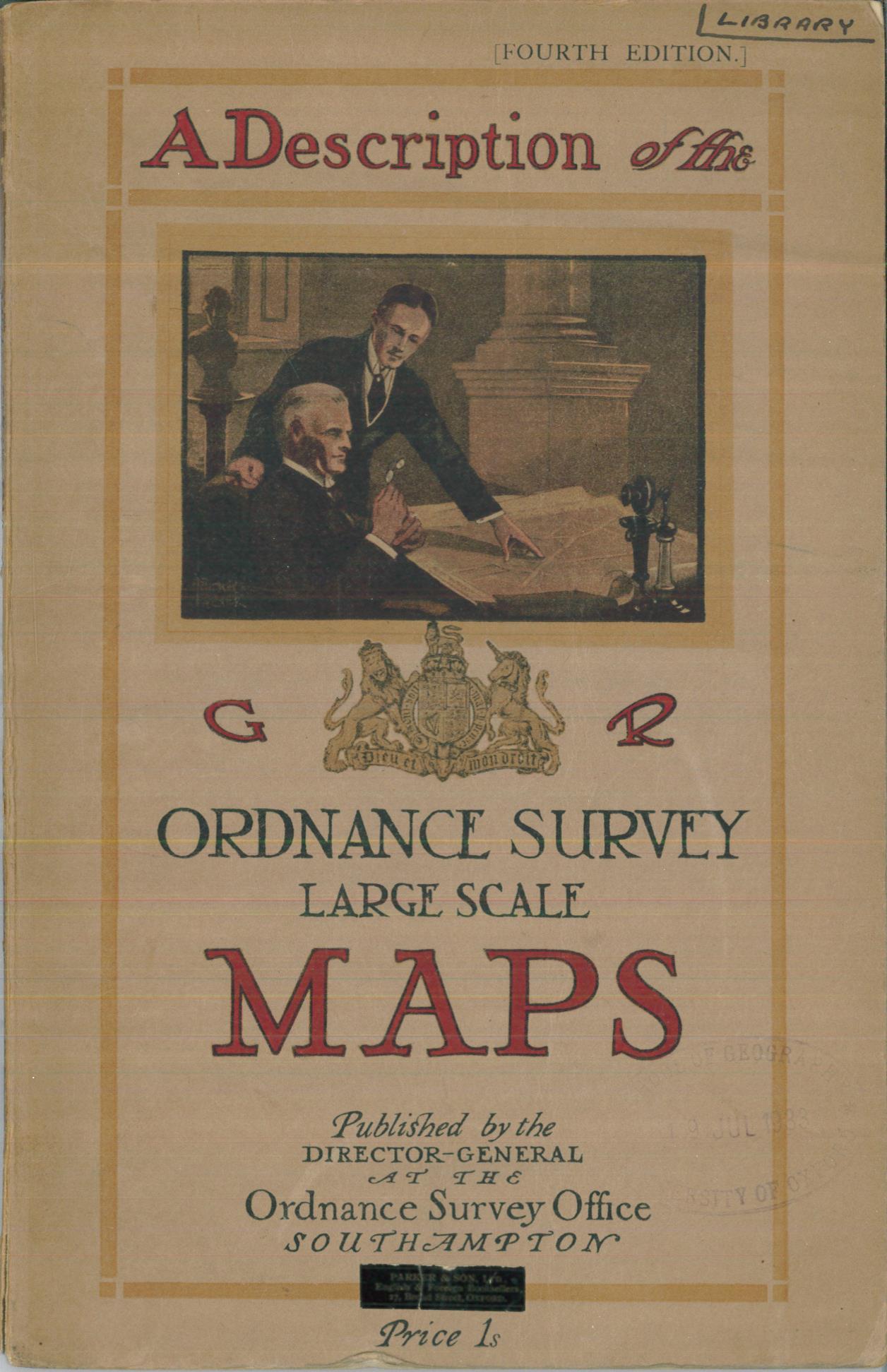 Palmer carried on producing covers of great quality while working in different departments within the OS, including this catalogue cover from 1930, but his heavy style was soon replaced by a more colourful and open style of the only professional artist employed by the organisation at this time, Ellis Martin. Martin’s covers graced the majority of products produced by the OS from immediately after the end of the First World War (in which he served as a field artist in the Tank Corps) to 1940. His covers graced descriptive catalogues of different designs 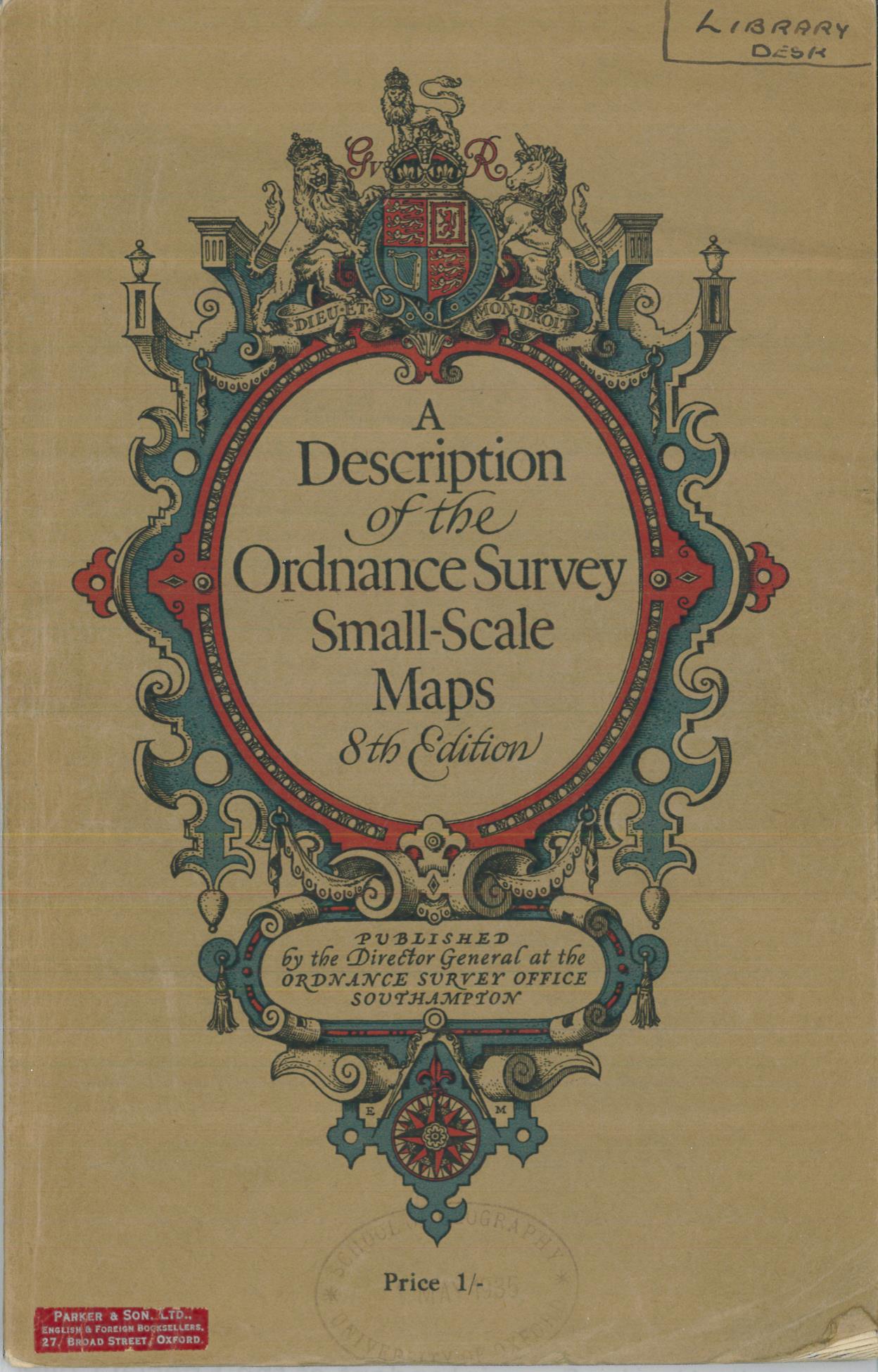 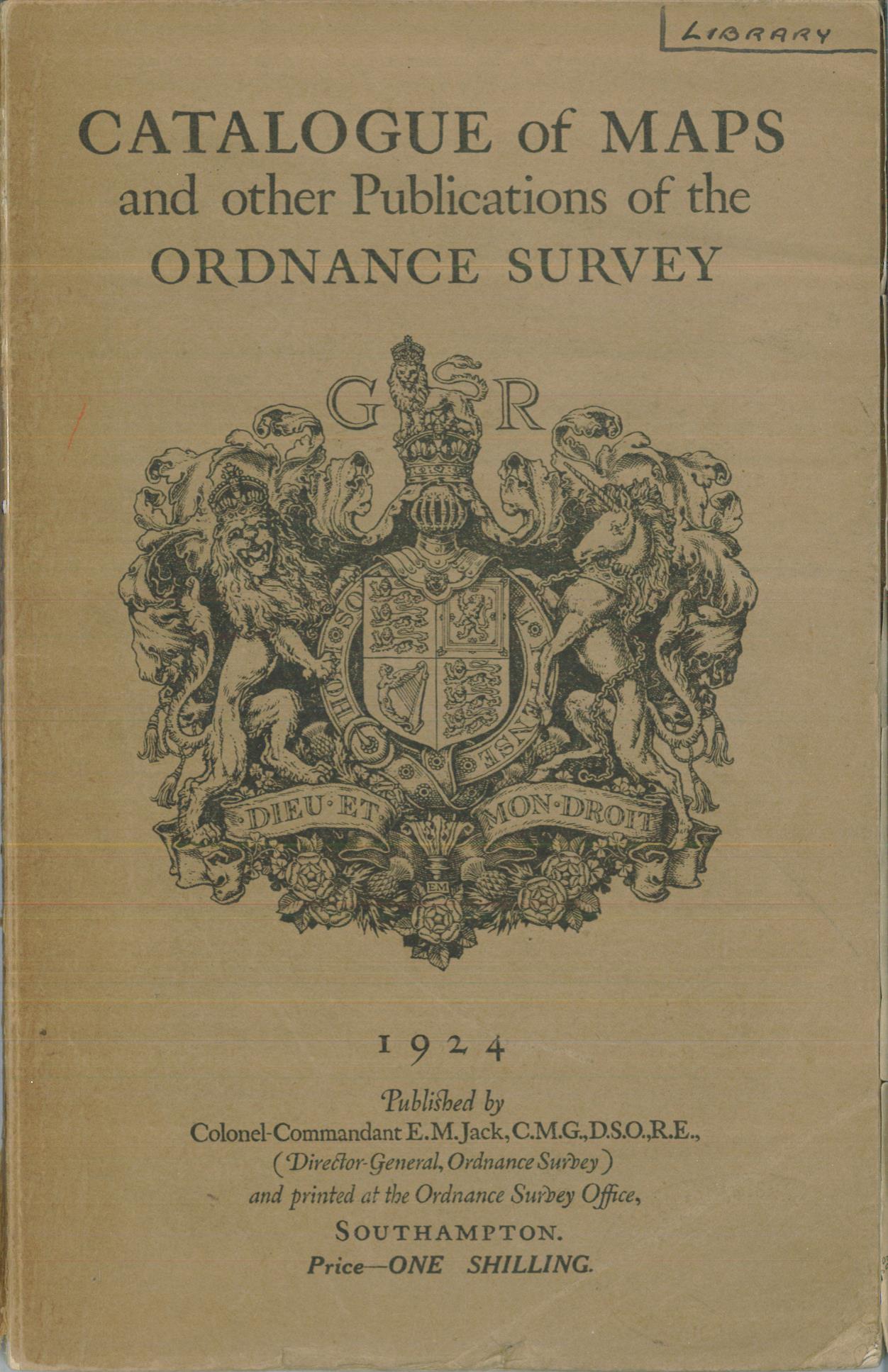 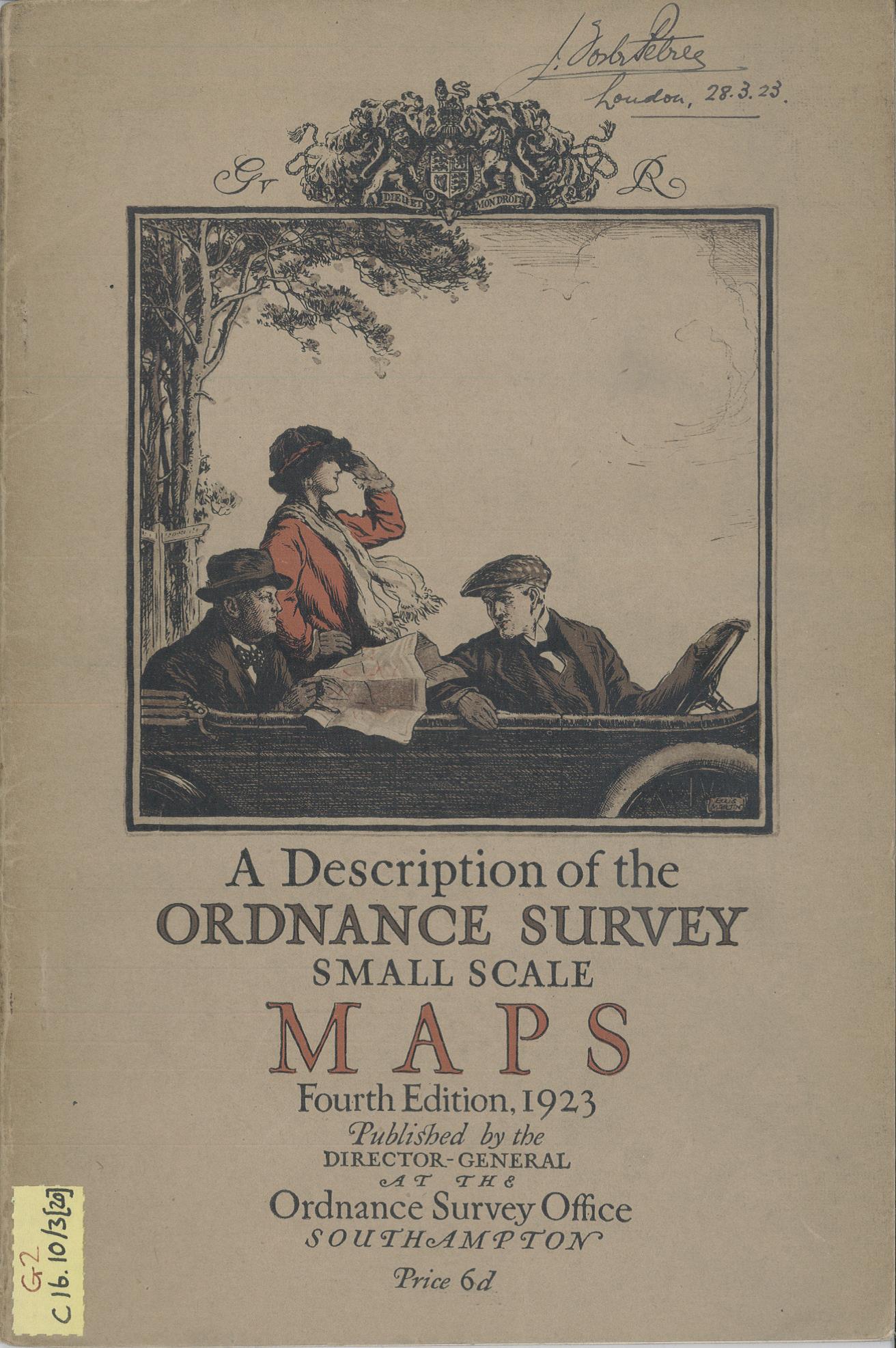 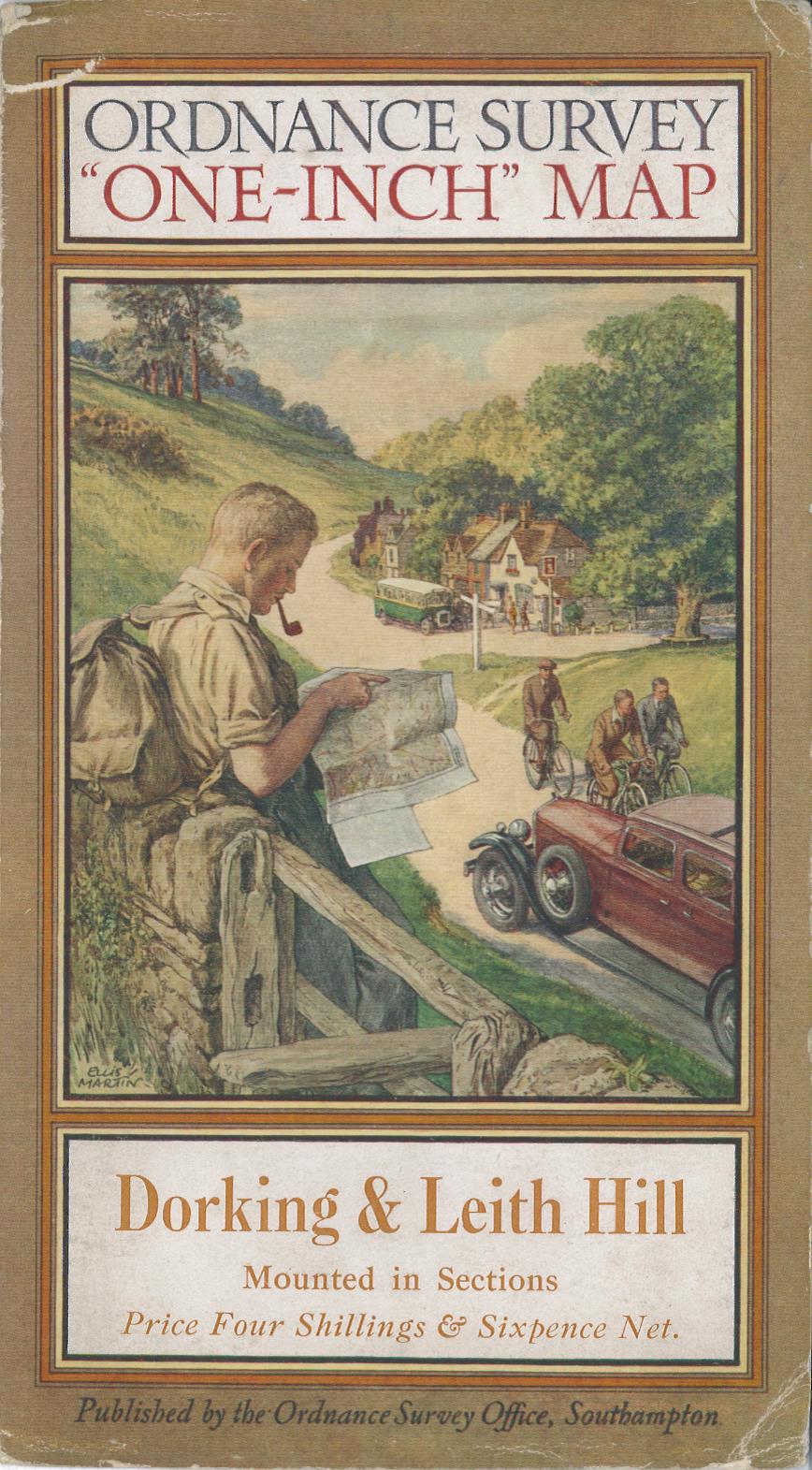 According to Paddy Bush, in his book ‘Map Cover Art, a pictorial history of Ordnance Survey cover illustrations’ (Map Room open shelves, G24 C16.13), ‘The years following the Second World War were marked by a gloom which found bleak expression in many facets of Ordnance Survey life’. While this period saw the OS turn their backs on the beauty of the covers of Martin, Palmer and others for designs which now seem dated there can be found in some at least an appeal of 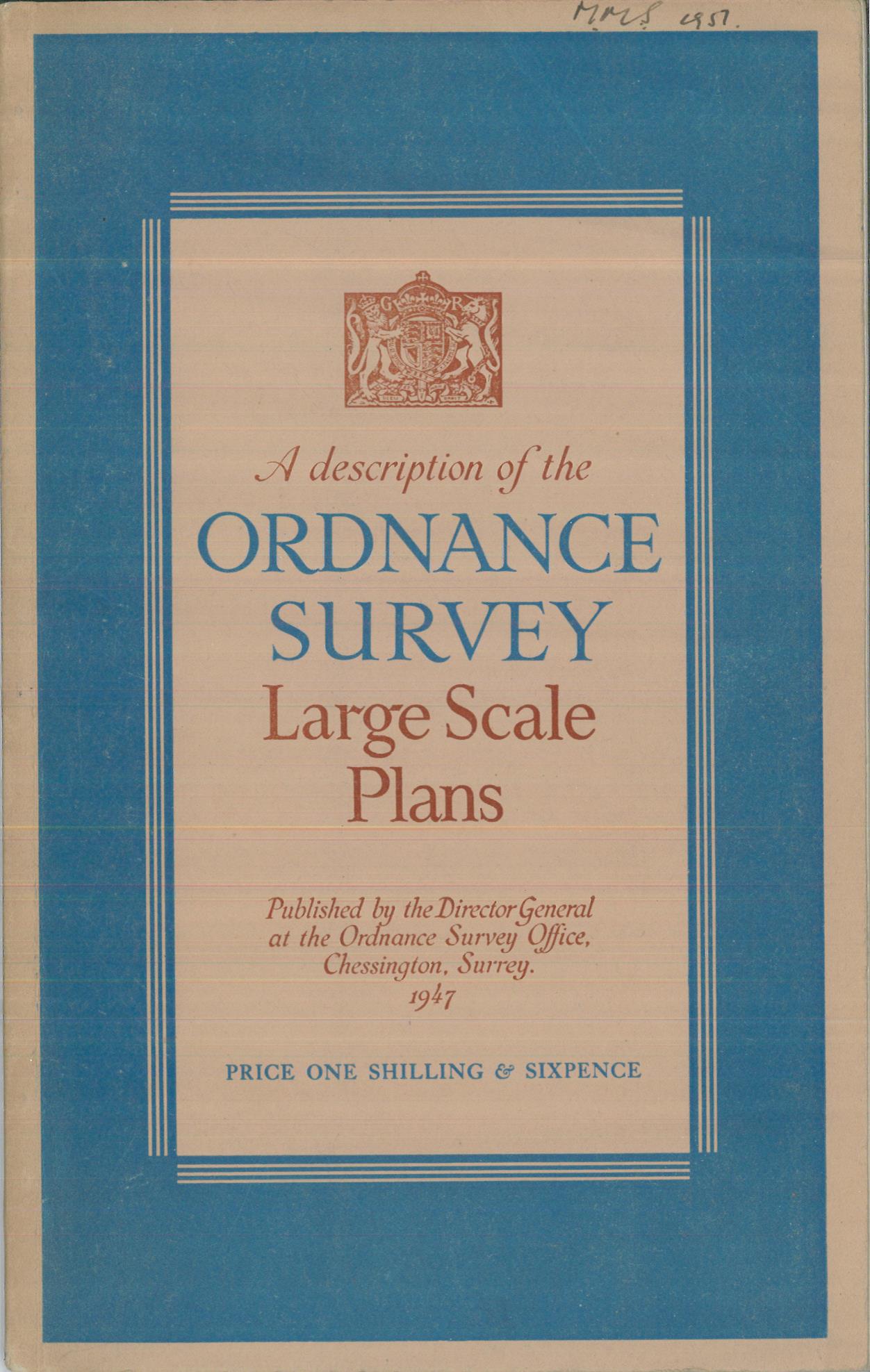 simple design. This minimalist approach lasted until the 1970’s, when views of the countryside appeared on the covers of maps again, replaced eventually with the photographs that adorn todays Landranger and Explorer.