Bodley’s map department have just acquired from the Radcliffe Science Library their copy of William Smith’s celebrated geological map of England and Scotland. Smith’s map is justifiably famous because it is the first recognized geological map of a country. 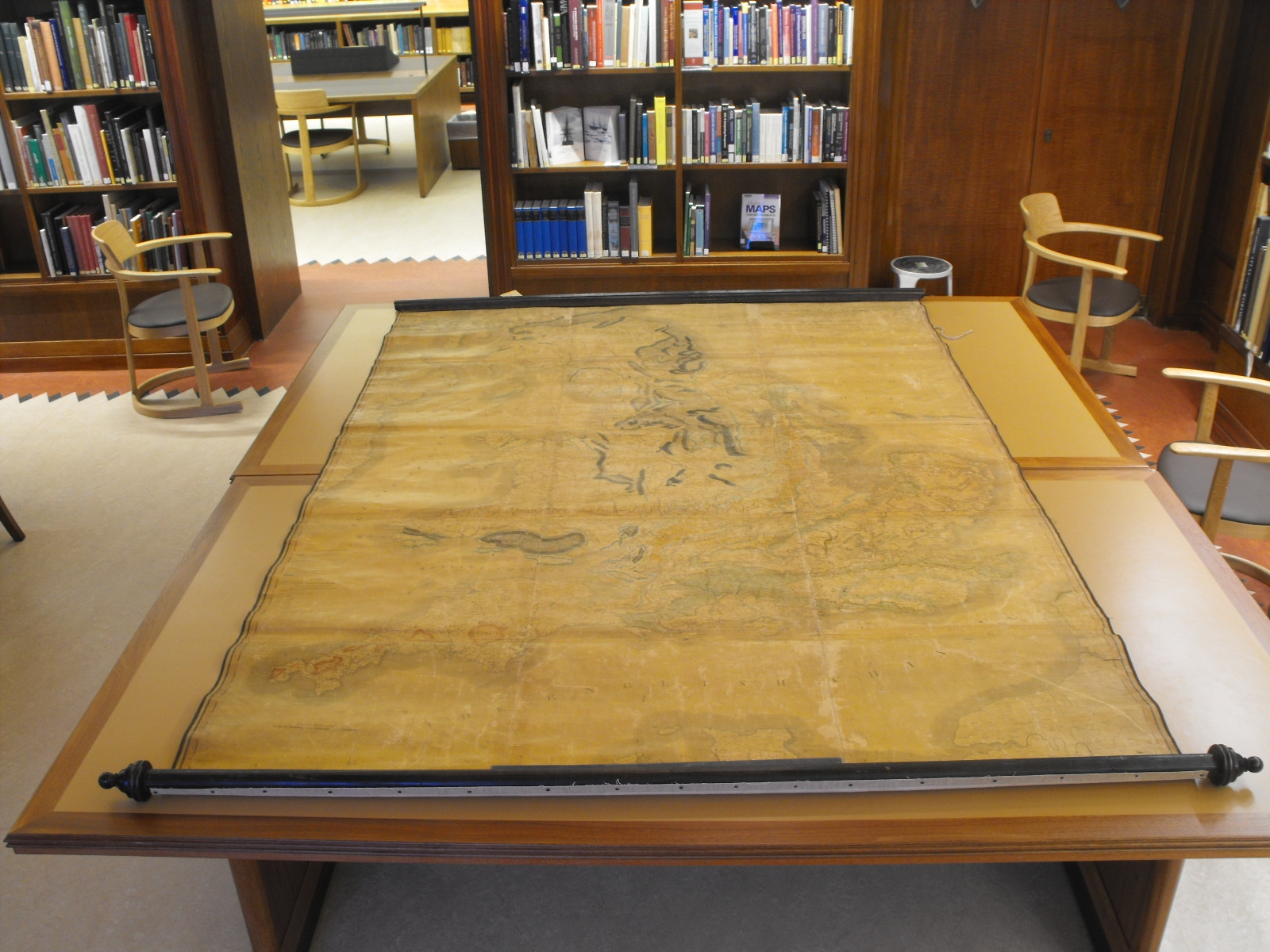 Smith produced, along with publisher and cartographer John Cary, a number of different editions to his survey, updating the map as more information became available. A large number were personally signed and numbered but the earliest editions, of which this is one, were not. This allows us to date the map to September or October of 1815 and makes this a rare copy, with only a small handful still in existence. It’s also one of the biggest maps in our collection, measuring 180cm by 255cm and still with its original rollers for wall hangings at top and bottom.

Born in the Oxfordshire village of Churchill in 1769 Smith steadily progressed through a series of jobs, starting off as an apprentice to a local surveyor before moving into engineering and the surveying of mines and canals. While moving around the country with his work he began to recognize patterns in rock formations in one area which would be the same as an area many miles away and it was during his work with canal cuttings that he also began to realise how different layers of rocks would hold different fossils, and how these layers with their fossils were also the same throughout the land, thus recognizing the importance of strata in rock. 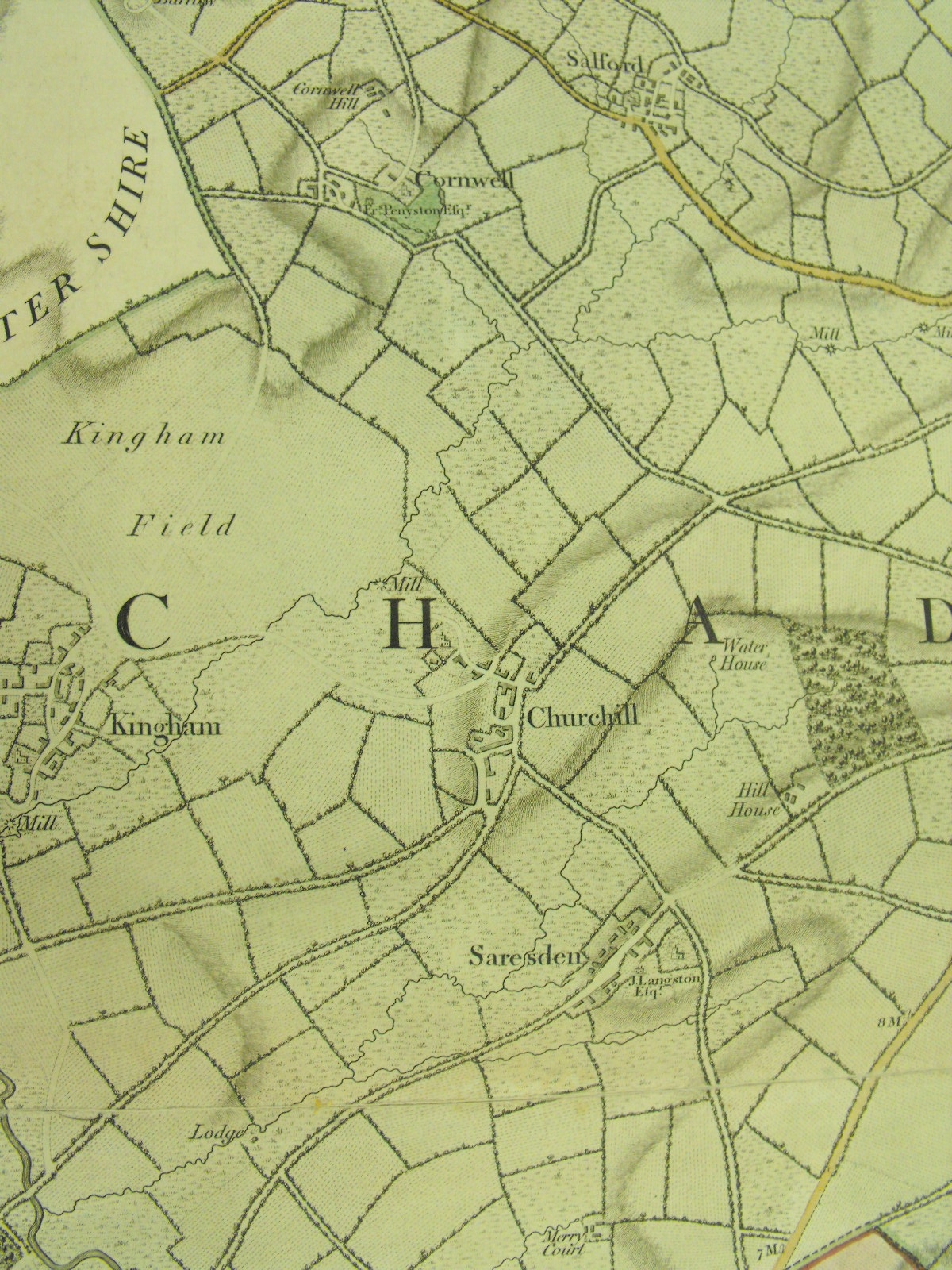 As can be seen when comparing the Bodleian’s copy with those on the William Smith Online website, (www.williamsmithonline.com run by our colleagues in the Natural History Museum in Oxford), ours is not in the best condition. Originally bought varnished to protect the surface and then displayed on a wall has led to the wonderful colours used in the map having faded away, as can be seen from this extract showing a profile of the land between the Bristol Channel and the Thames Valley. In later editions Smith would have signed and numbered each map in the space after the word Altitudes. 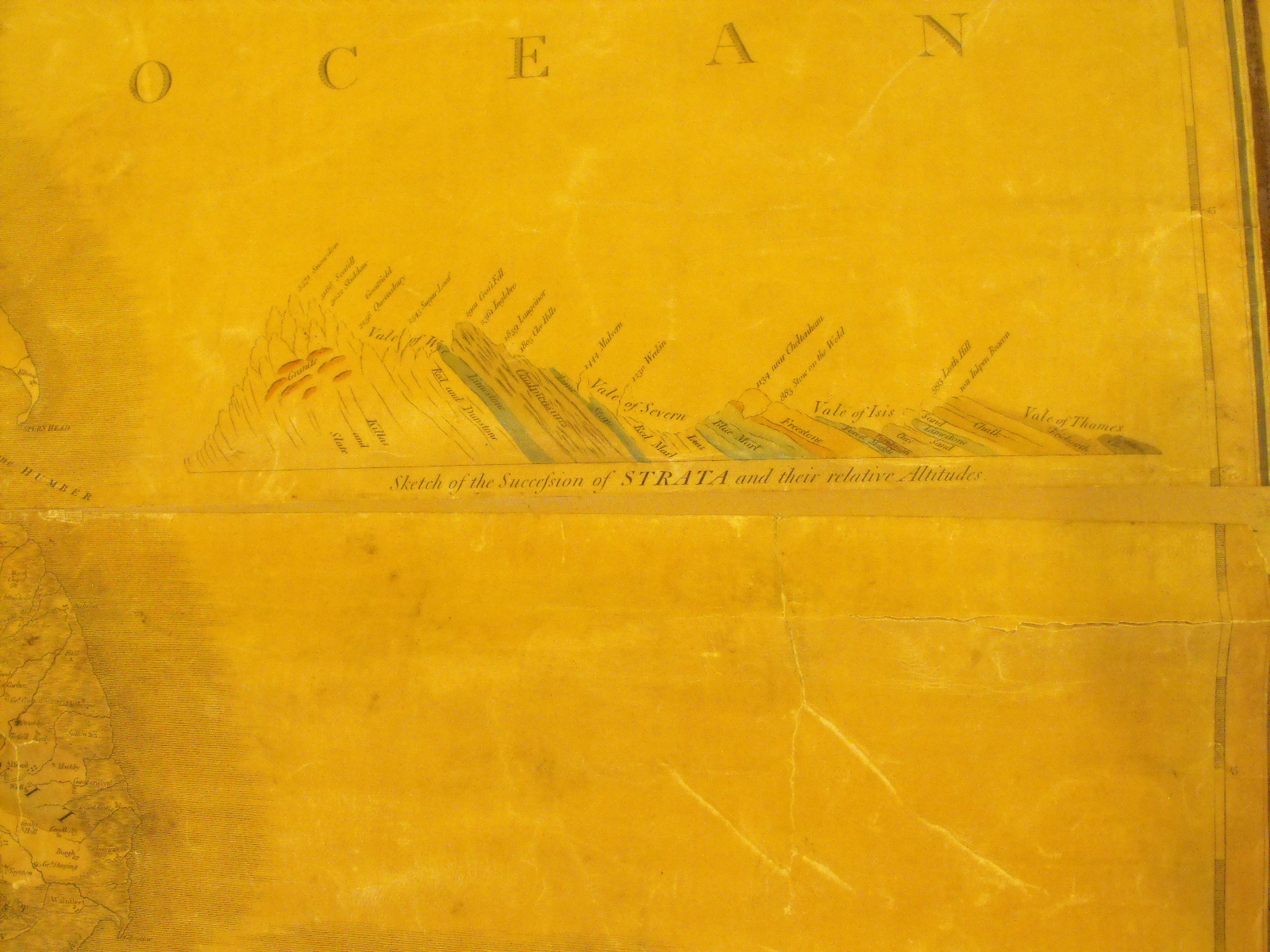 Smith’s map is dedicated to the Right Honourable Sir Joseph Banks, then President of the Royal Society, but more famous now as the botanist on the voyage of the Endeavour with Capt. James Cook between 1768 and 1771. Banks offered Smith a great deal of support during the production of the map and was one of the projects earliest subscribers. Smith’s flowing dedication to Banks is given under the title of the map, ‘A Delineation of the Strata of England and Wales with part of Scotland; exhibiting the Collieries and Mines; the Marshes and Fen Lands originally Overflowed by the Sea; and the Varieties of Soil according to the Variations in the Sub Strata; illustrated by the most Descriptive Names. By W. Smith, August 1, 1815’. 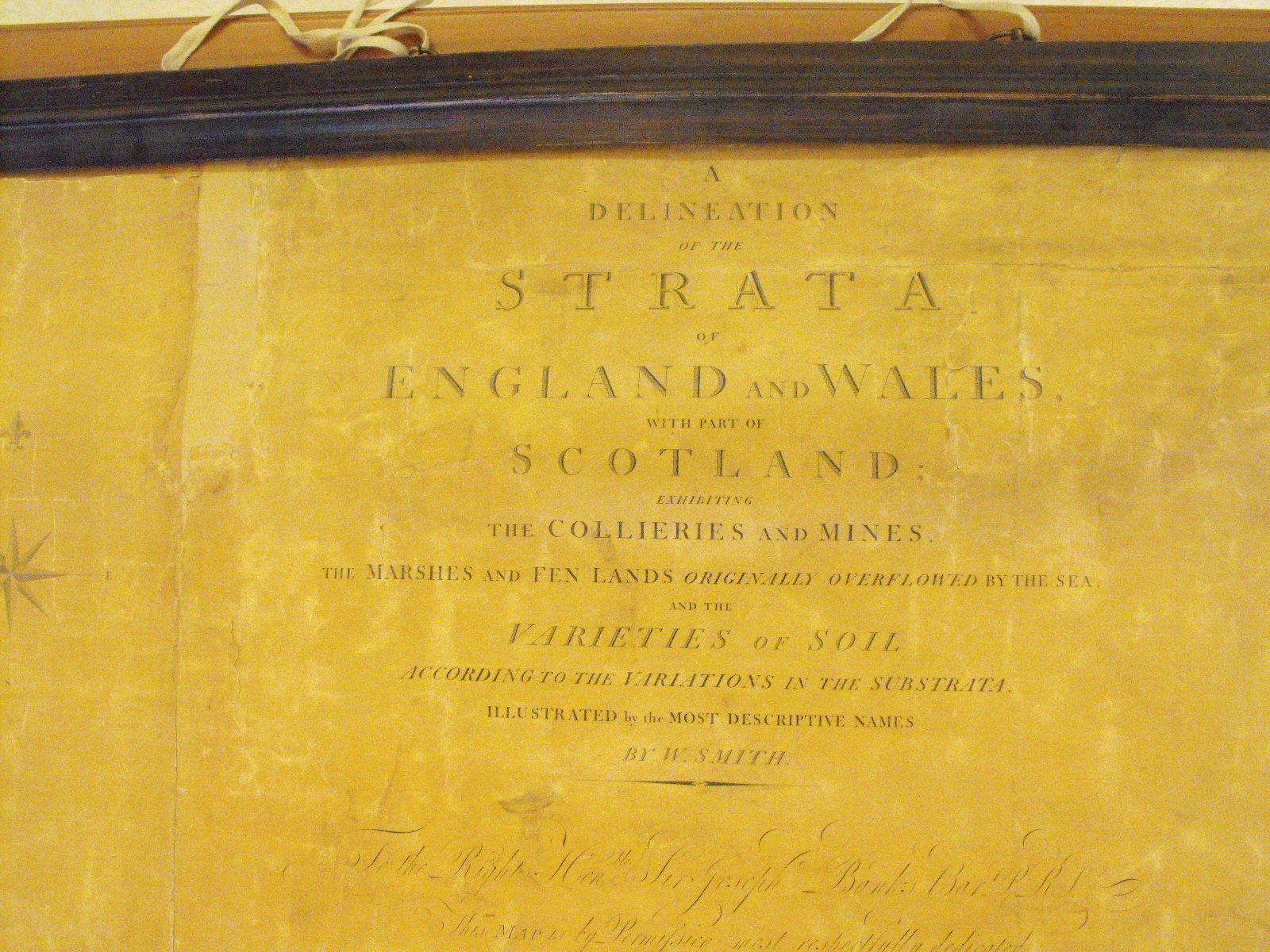 The Natural History Museum of Oxford University will soon, to mark the bicentenary of the map, launch a blog on Smith and will hold over the course of 2015 a number of events and exhibitions featuring articles from their archive; including diaries, letters and the three different editions (including a bound volume in excellent condition) of the celebrated map itself.