This month marks the 50th anniversary of the death of Sir Winston Churchill. His funeral took place on Saturday the 30th of January, 1965.

Churchill’s life was so eventful it would be possible to feature any number of maps of places or events in which he was involved; Gallipoli, Omdurman, Blenheim Park or Chartwell are just a few of many examples. We chose to display here two from the Bodleian collection. The first is a map from a supplement published in the Radio Times to mark his passing, and shows the processional route his coffin and guard would take through London on the day of his funeral. As well as an historical document of an important event it’s an interesting example of how maps can appear in unlikely places, in this instance a television listings magazine. (The magazine is tightily bound in a volume which includes all the editions for the first half of 1965, hence the distortion in the middle of the image). 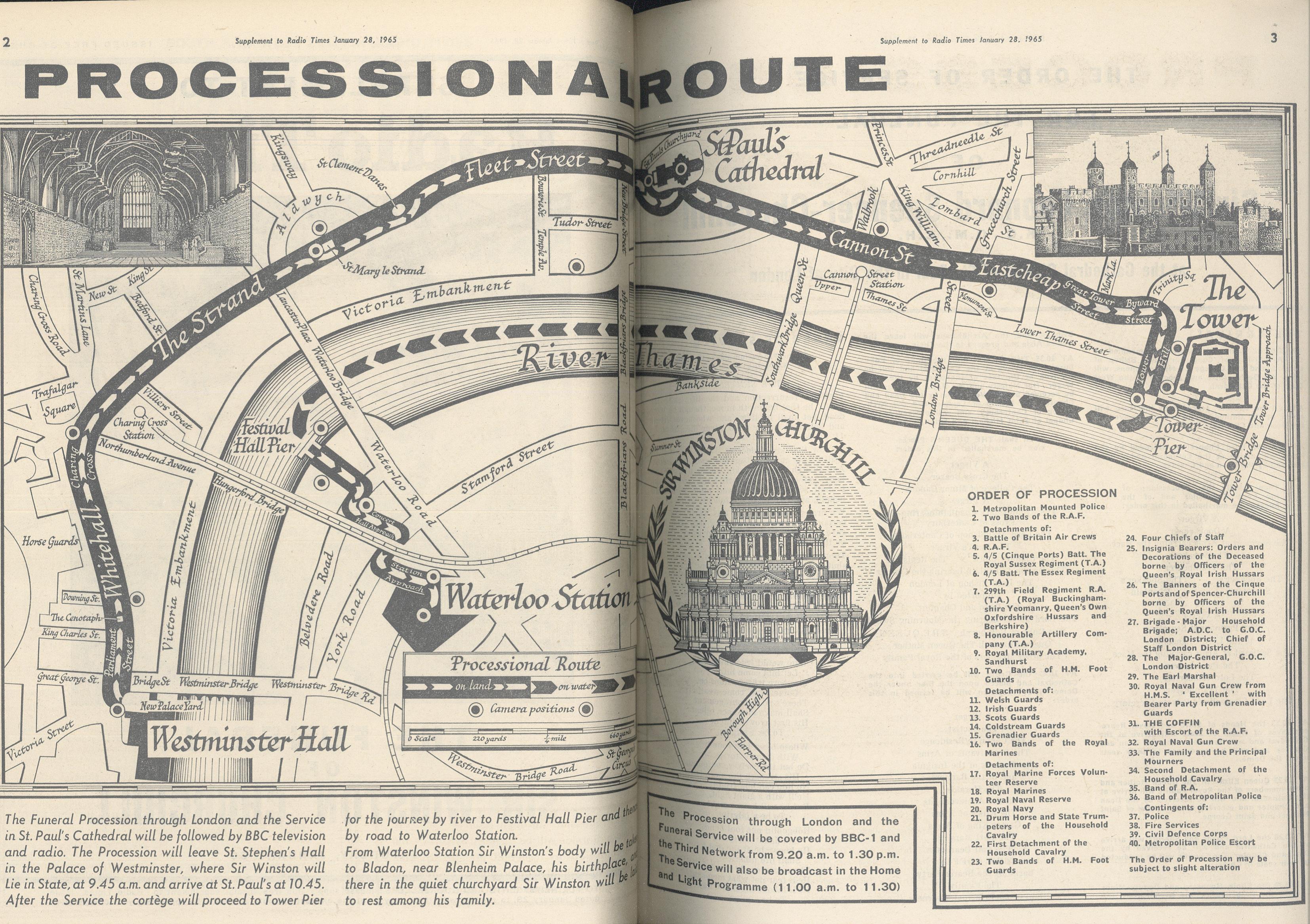 The second is a trench map form the First World War, and shows the area around Ploegstreet and the positions of British and German trenches. After resigning from Governement in 1915 following the failure of the Gallipoli campaign Churchill joined the Army, becoming a Lieutenant-Colonel in the Royal Scots Fusiliers, and for part of 1916 was in command of a battalion on the 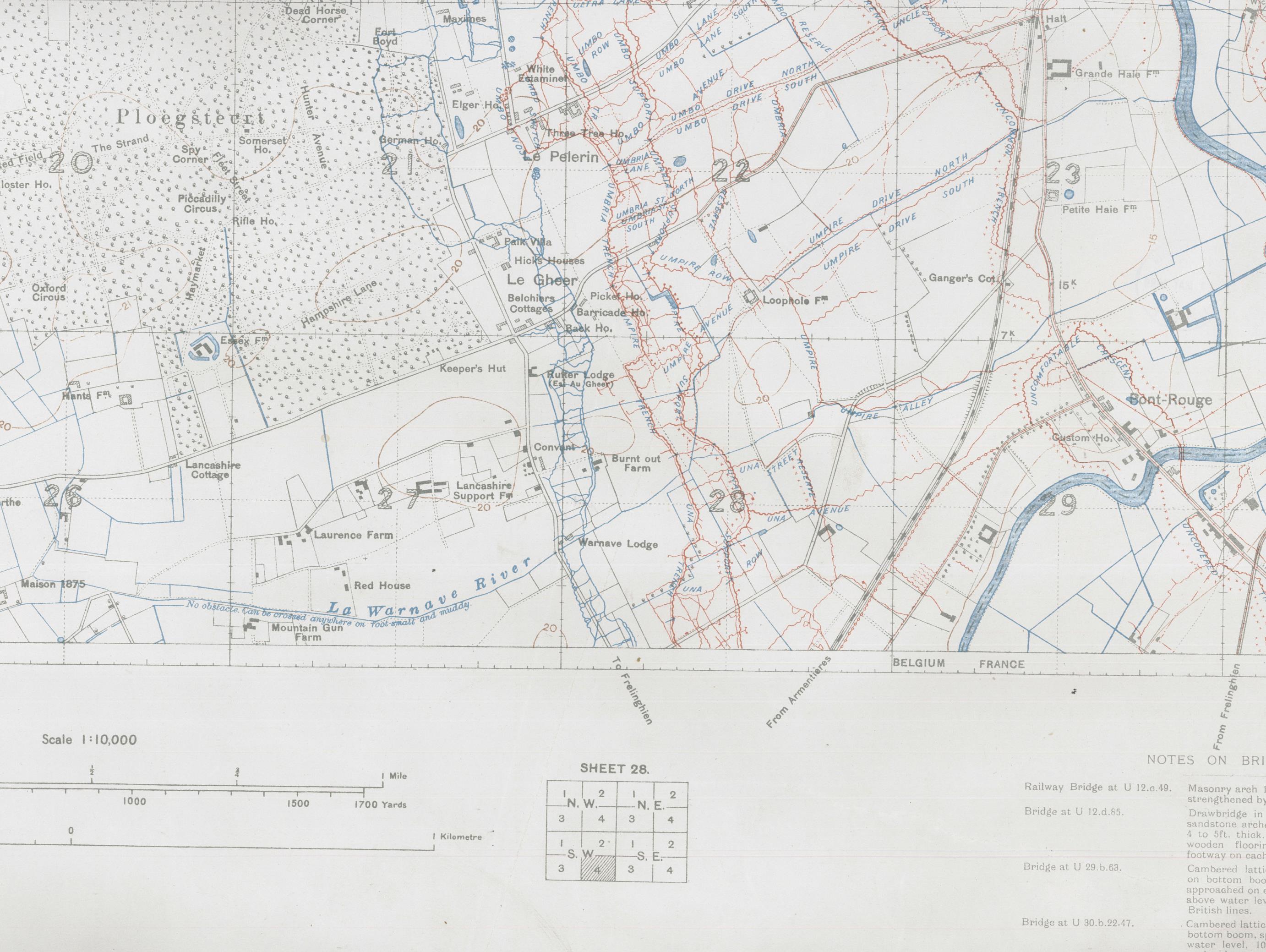 front line here. On the map the blue lines represent the British trenches, the red the German. Churchill’s headquarters while at the front was based in Laurence Farm.