It’s not often you come across a sense of bitterness from a map. Usually they are pretty emotionless objects, simply showing the authours intentions, unless the subject is one to stir the heart; a plan of a battle maybe, or pre-war ethnic maps of Europe which have such weight of forthcoming events. 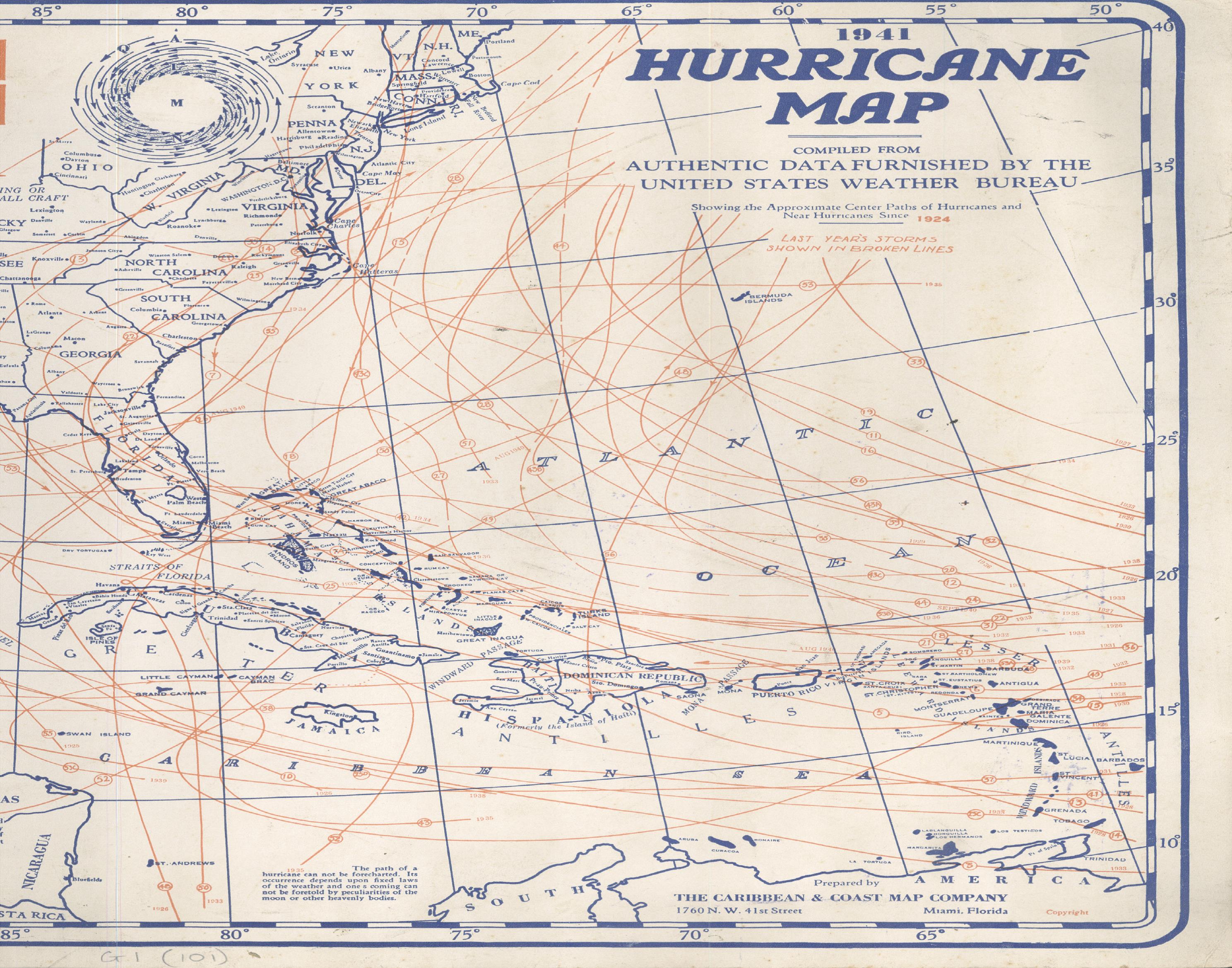 This Hurricane map of the Caribbean and Eastern Seaboard seems a first glance to be straight-forward weather map,compiled from information supplied by the United States Weather Bureau. This first scan shows the right-hand part of the map. A second image from the map though shows a note attached by an 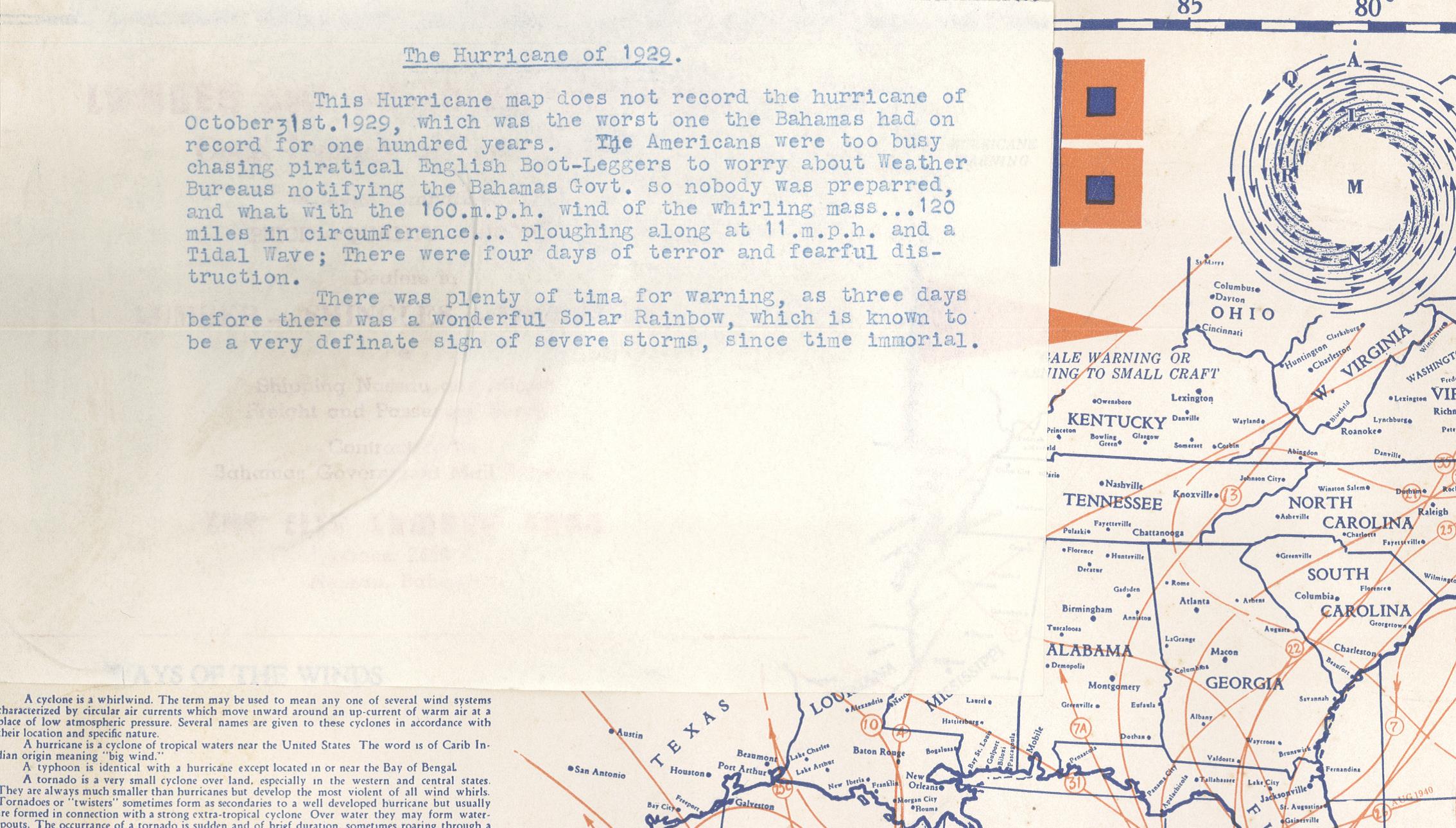 unknown hand in the top left corner, critizing the Bureau for missing the severe hurricane of 1929, as the Americans ‘were too busy chasing piratical English Boot-Leggers to worry about Weather Bureaus notifying the Bahamas Govt.’.

This map of the Russo-Japanese war of 1904-05 is an interesting new addition to Bodleian’s collection. The map, which is too large to scan and show here as one, has a number of insets of different areas of conflict as well as a picture of the flags of the countries involved and a booklet 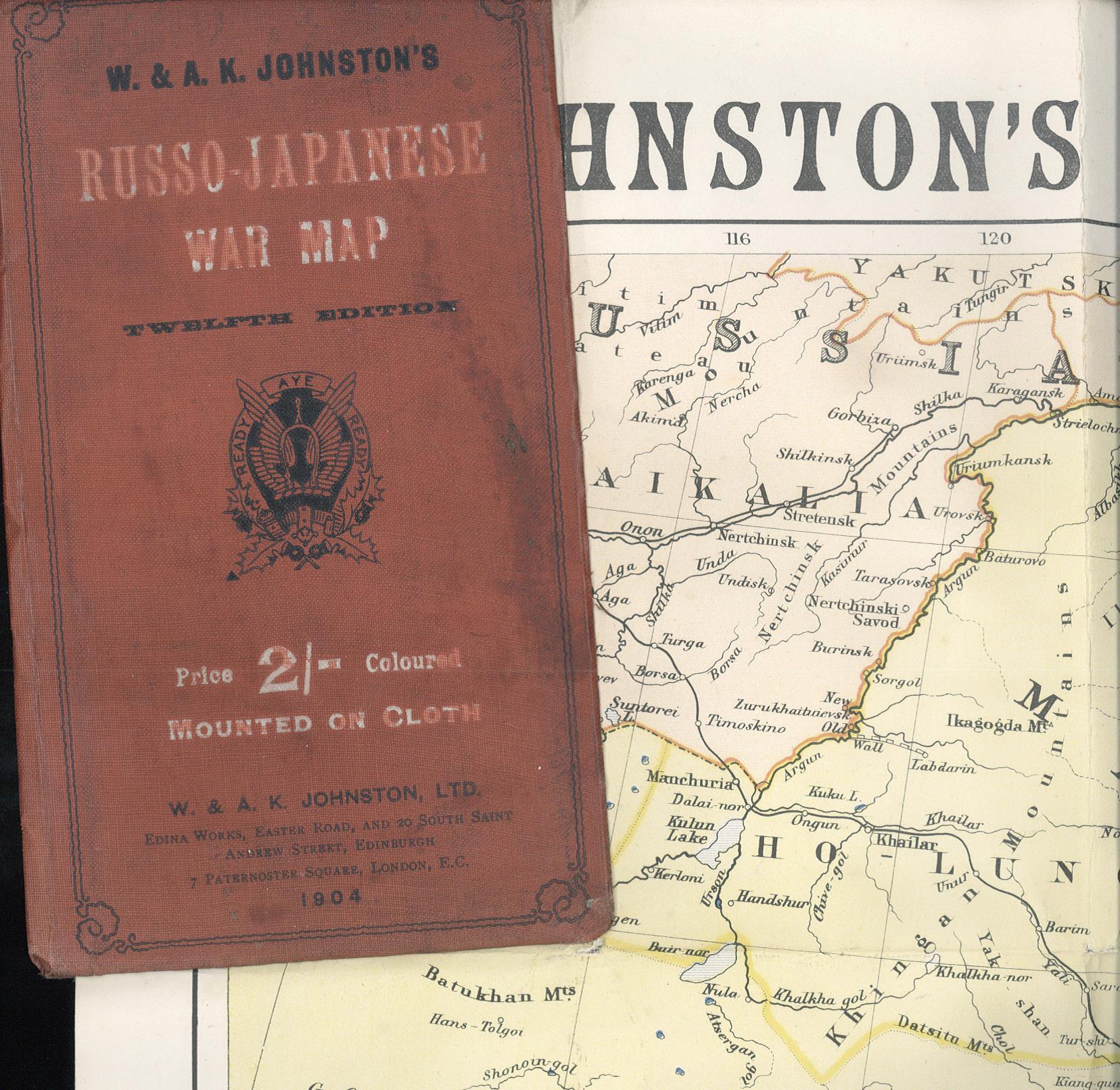 within the cover giving a brief background to the causes of the war and military information on each of the four powers involved; Russia and Japan as the major opponents with China and Korea as interested observers. The booklet gives as a main reason for the war as Russia’s need for a sea-port open all year. Russia obtained permission to run the trans-Siberian railway through Manchuria (which, following the end of the Chinese-Japanese war in 1894 and defeat of 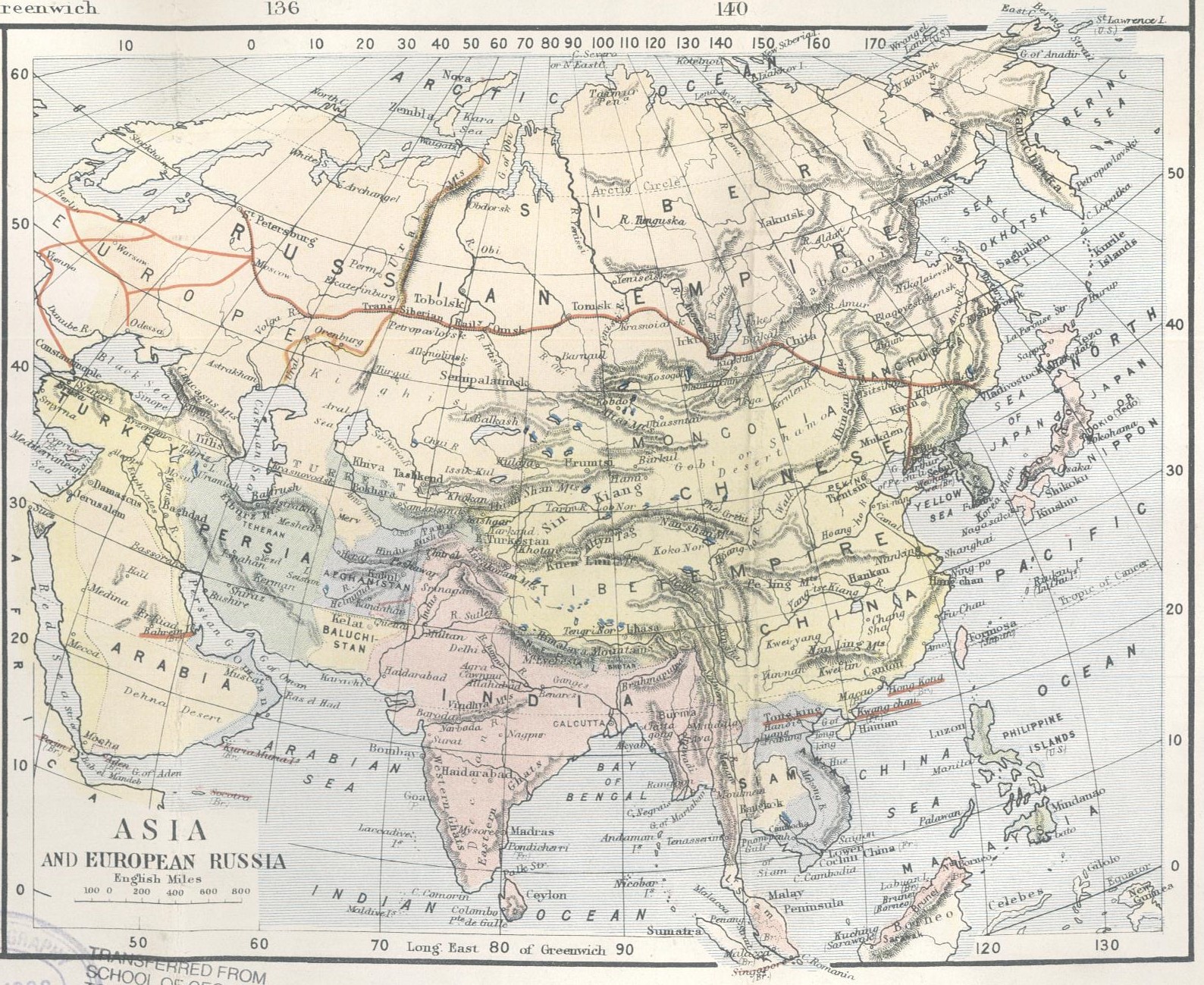 the Chinese Japan had claimed, only to be forced into giving up this land by Russia, France and Germany) and, as the booklet tells us ‘Russia promised to end her military occupation of Manchuria by 8th of October 1903; but once in possesion she is difficult to dislodge, and she is still there yet, and not only there, but she has sent an army and a fleet to the East as a gentle hint to Japan that she has come to stay’. 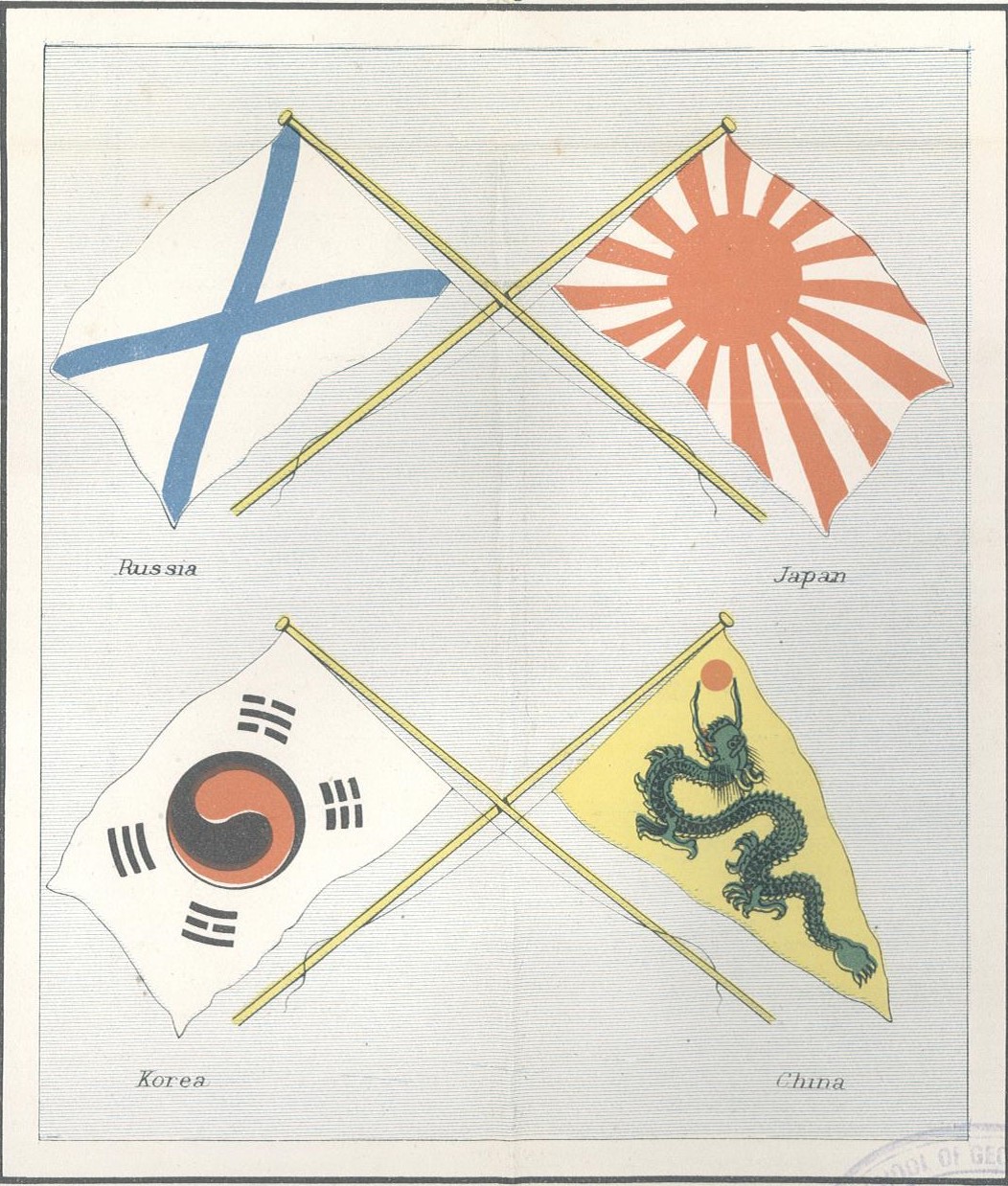 Despite this gentle hint Japan went on to win the war after inflicting numerous defeats on the Russian forces both on land and at sea.