The official re-opening of the Weston Library took place over the weekend of the 21st and 22nd of March. After a four-year refit which saw the central book stack – eleven floors filled with books, maps, newspapers and everything else you could imagine (even a ghost on one of the floors) – taken out and re-placed by Blackwell Hall, a large open space open to the public and featuring permanent and temporary exhibitions of Library treasures. The current exhibition, Marks of Genius (http://www.bodleian.ox.ac.uk/weston/news/2015/feb-27) features some of the most celebrated items in the collection, amongst which is one of the Map Department’s most important possessions, The Gough Map (http://www.goughmap.org/).

Taking up a key position in the hall is the famous Sheldon Tapestry map of Worcestershire. Handwoven from wool and silk around 1590 this map is one of four large tapestries that were originally hung in Weston house, the home of Ralph Sheldon. 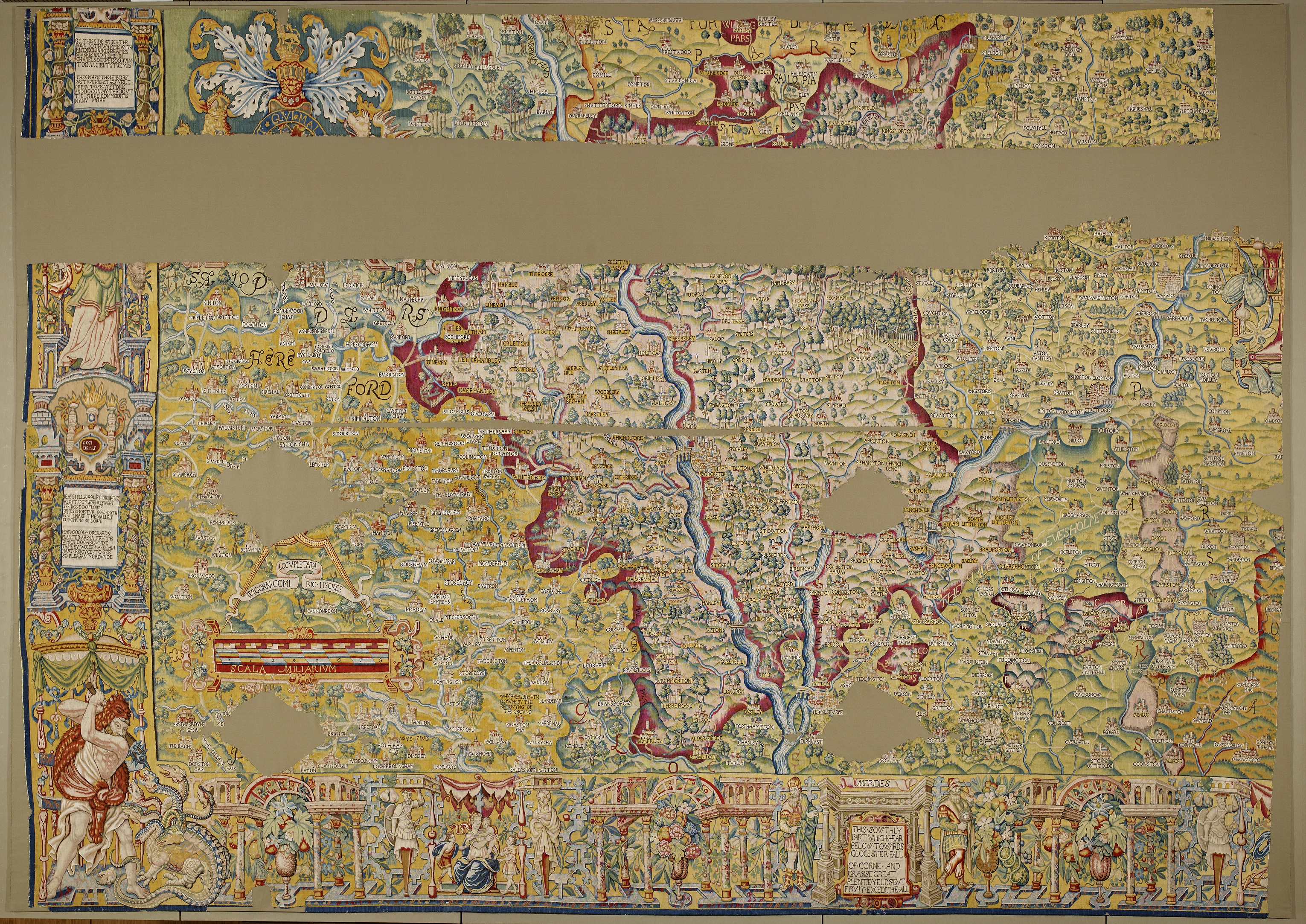 Of the four tapestries, the Bodleian owns Worcestershire and Oxfordshire, both of which came to the Library in 1809 as part of a large donation by the antiquarian Richard Gough (it was in this donation that the Library also acquired the Gough Map). The Library owns parts of the Gloucestershire map while Warwickshire is on display at the Warwickshire Museum. Worcestershire has recently been conserved, a project involving the National Trust’s tapestry conservators. Details of how they achieved such spectacular results can be found here https://nttextileconservationstudio.wordpress.com/

The map is on display in the hall for at least the next year, while the Marks of Genius exhibition, including the Gough Map amongst other items, finishes on the 20th of September.