Trench maps are an important source of information regarding topography, defences and changes in the position of front-lines in the First Wold War. They are also, for those looking back at the war from the distance that 100 years brings, a stark representation of how close enemy forces were to each other. Detailed maps such as the one shown here reveal a no-mans land often less than 100 metres across. At first maps were based on existing French and Belgian pre-war sheets, but problems with marrying up scales and grids used on these sheets meant that by late 1914 the War Office and the Ordnance Survey took over production of trench maps, and from then until the end of the war a large number of sheets of different scales and designs were published to meet the varying demands of the British Army.

The development of trench warfare in late 1914 meant a fairly static front-line position. This, along with increasing importance in the use of artillery, led to both a need for accurate mapping of enemy positions and the time in which to produce the maps. Trenches that did not move and positions that stayed stable for months at a time meant that surveying, mainly by aerial observation and photography, produced maps that were often available before any changes in territory held made them obsolete, though this was not always the case during the major offensives launched later in the war. For instance, a map produced by the War Office for the Passchendaele area went through 9 different editions during the 3rd Battle of Ypres between July and December 1917. 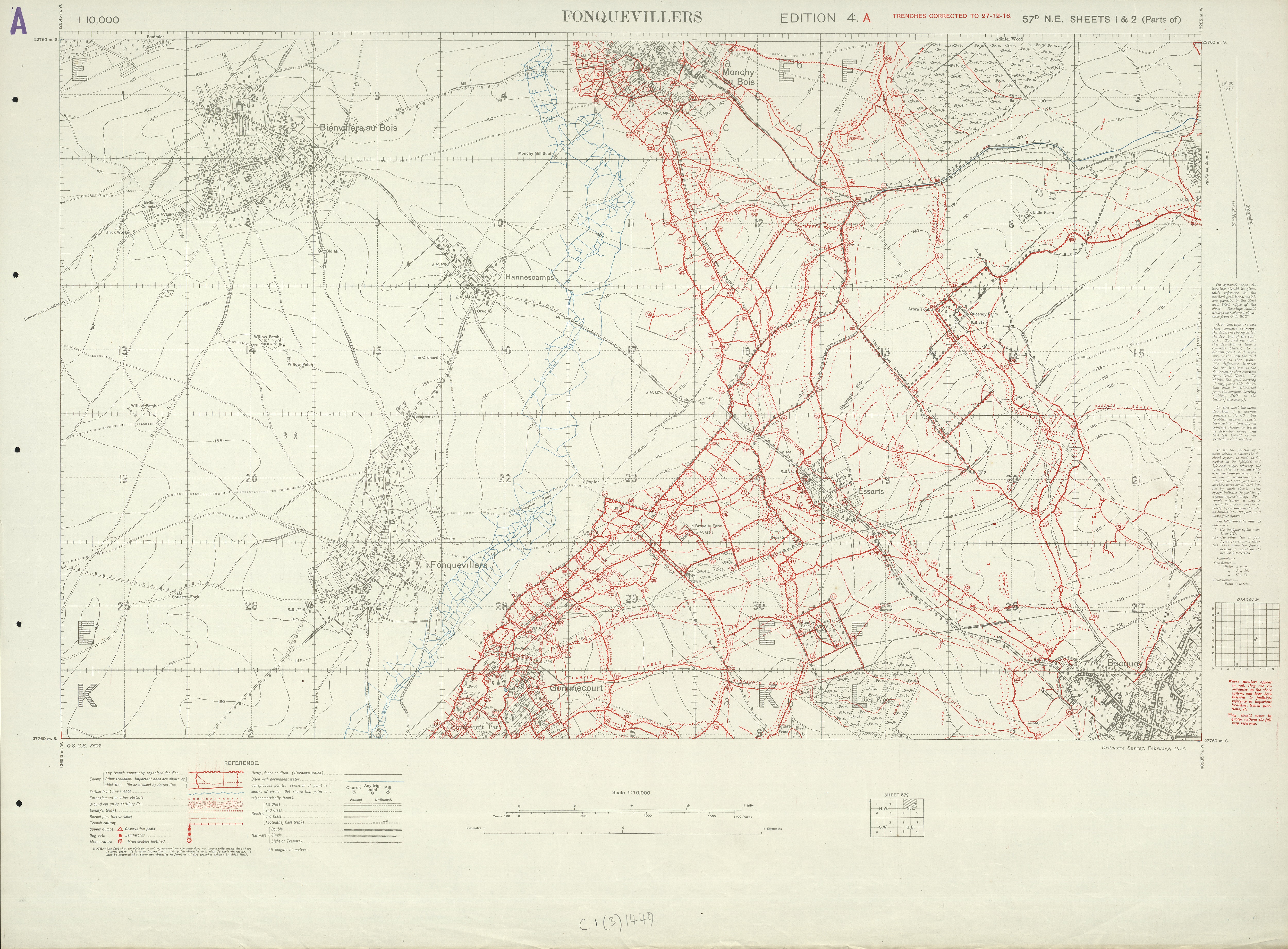 The map featured here, sheet 57D N.E. parts 1 & 2, is one sheet in a large series covering the Western Front in great detail, at a scale of 1:10,000. For security reasons only the front-lines of the British trenches are shown while the full scale of the German trenches are clearly defined in red. Grid numbers and then numbers in circles at junctions and angles of enemy trenches are for artillery purposes.

Forty-one members of staff left the Bodleian Library to take part in the war. Up until the start of 1917 all were safe but by the appearance of the first issue of the Bodleian Quarterly Review for 1917 this was no longer the case. ‘The immunity of the members of staff on military service from serious injury has been sadly broken by the death of Lieut. R.A. Abrams…who fell while gallantly discharging his duty on the Western Front on March 4 last, aged 28’. Abrams and a fellow solider were reconnoitring near La Brayelle Farm, in between Gommecourt and Essarts on the map, when both were killed by enemy fire. Abrams death in action was followed later that year by a second Bodleian employee, Lieut. H.J. Dunn, also 28, on November the 26th. 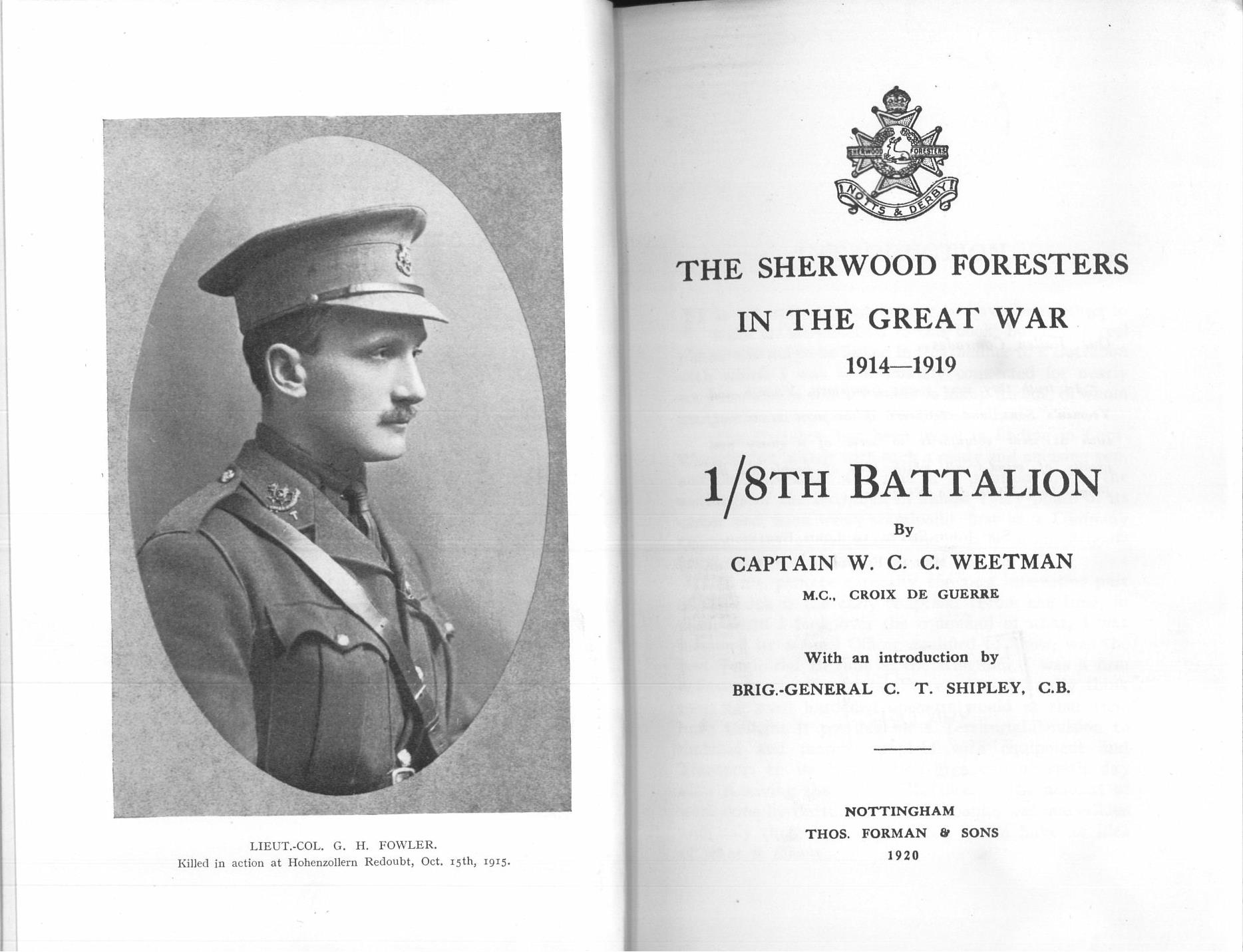 A large number of books were produced in the years immediatly after the War by Battalions detailing the part they played in the conflict. The Sherwood Foresters book can be read as a diary of events set down in chronological order and includes plans and photographs 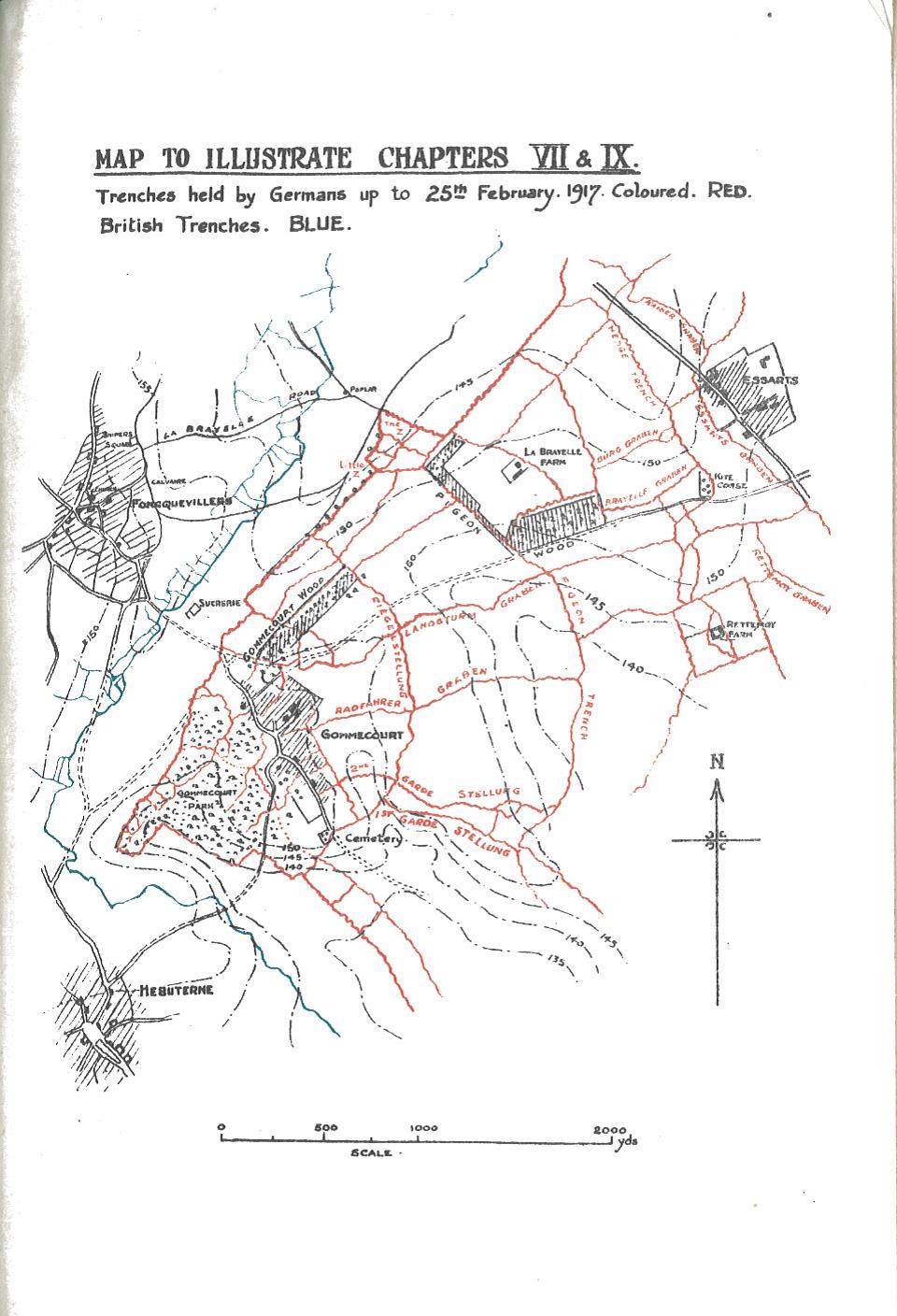 to accompany the text. The above plan shows the area in the Trench map shown earlier and is also mentioned in the previous page in the book with reference to the death of Lieut. Abrams. 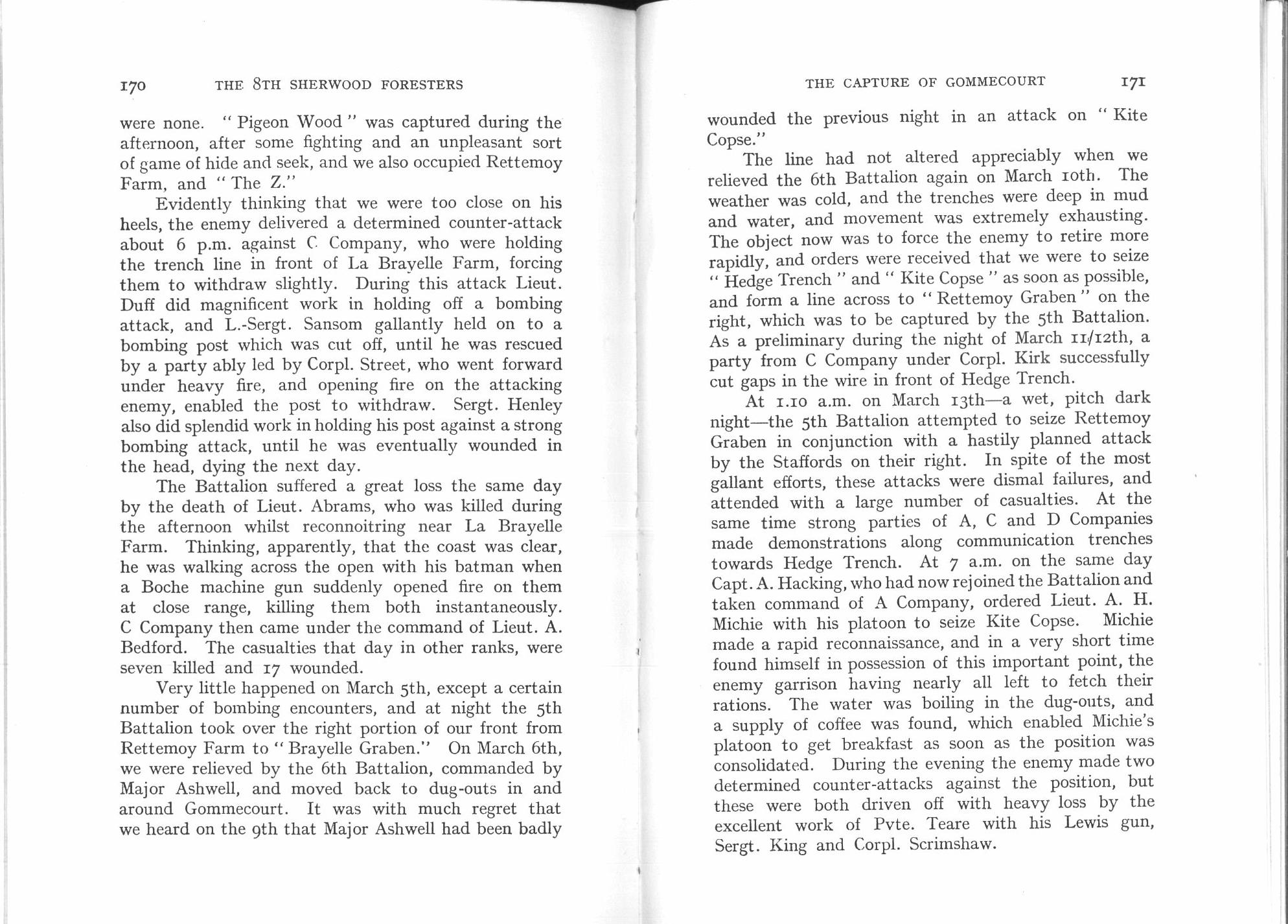 As well as British produced maps the Bodleian holds maps by the French and German armies of the Western Front and Allied and Turkish trench maps from the Gallipoli campaign in 1916.