Sketch illustrating the action fought on the 18th of September 1860… is an example of a type of map called a Battle Plan. Created by historians to illustrate books on campaigns these types of map have also been used for educational purposes or for items for sale to the general public. The Bodleian holds in its collection a large number of such plans; the Napoleonic wars, the American Civil War and numerous colonial conflicts in Africa are just a few examples available to consult. This plan is of the  battle of Chang-Chia-Wan, fought between French and British forces and the Chinese between 1857 and 1860 during the Second Opium War over trade restrictions, hostility to British settlers and the selling of opium in the West. 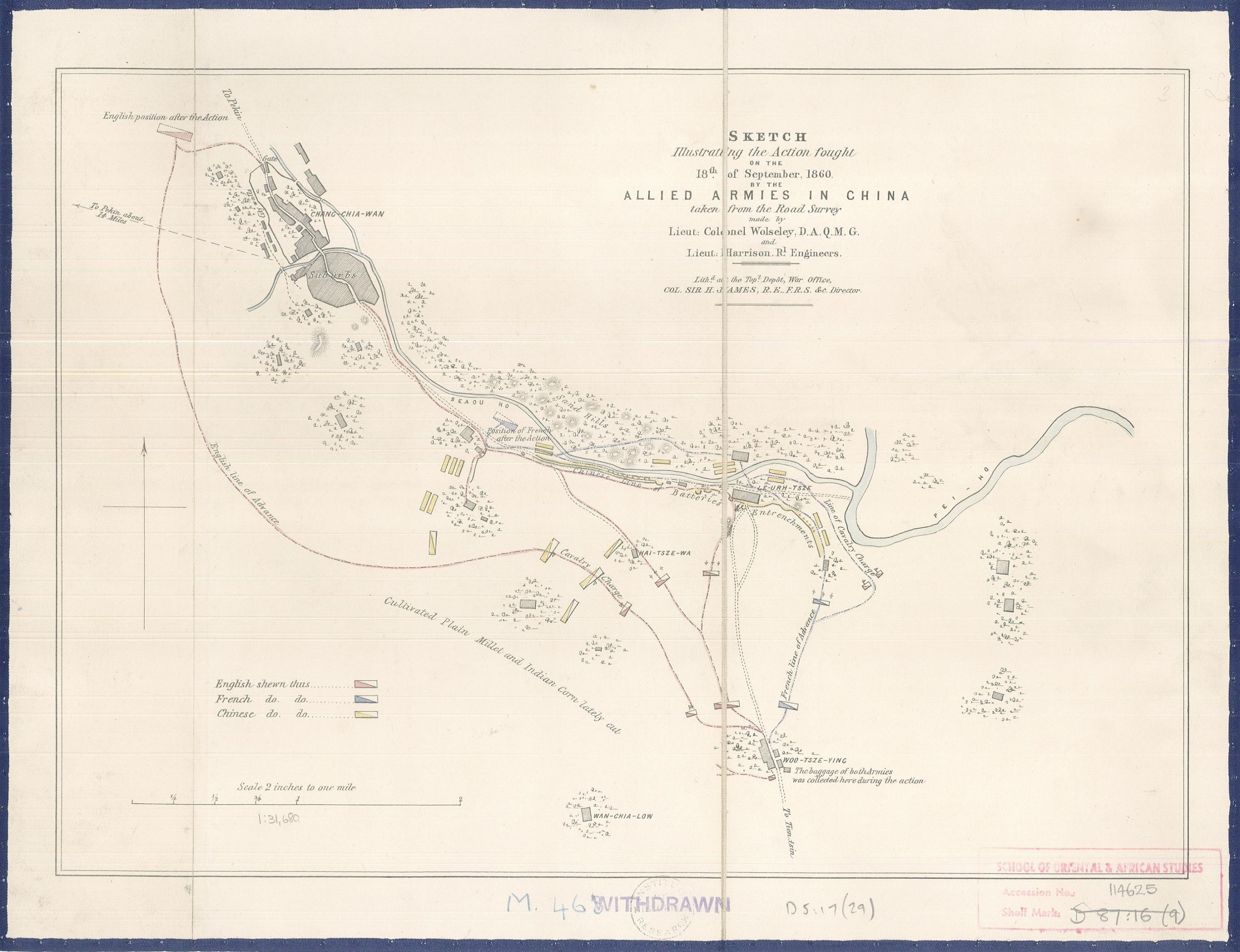 Divisions are indicated by the rectangular blocks and troop and cavalry movements shown by lines of advance. The use of the rectangular box to indicate units of troops is a long established practise which continued up to and past the Second World War, the main difference between the old and the new being that divisions got bigger as the areas of conflict grew, and maps as detailed as this, which has a scale of 2 inches to a mile, become less relevant as whole fronts are depicted.

Judging by the marble design on the verso of the map and the tag (not shown) at the top of the map this is most probably a fold-out from a book. Single sheet maps from the time don’t usually have the elaborate marble pattern on the back that this one has. 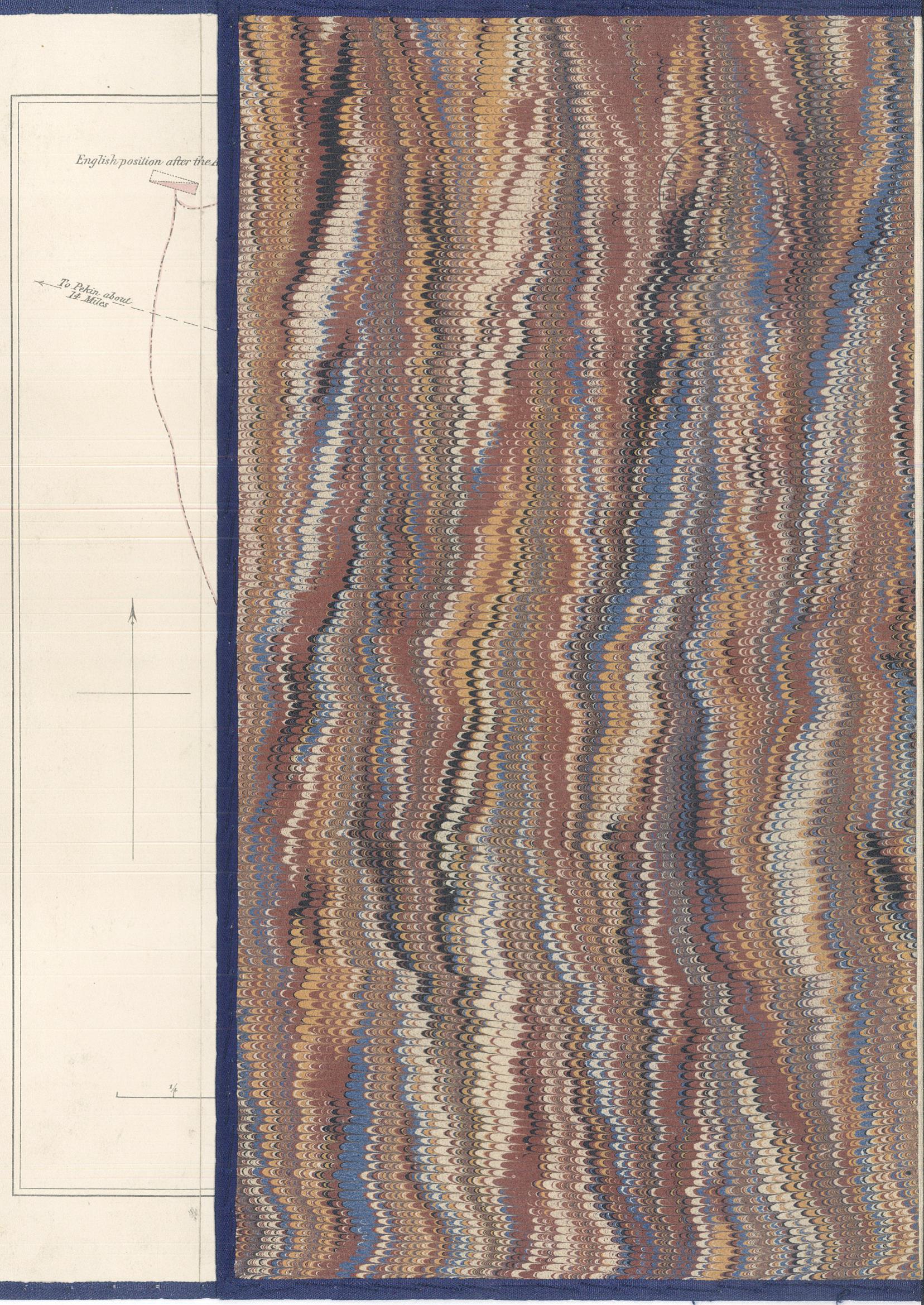 Marbling is created when paints are floated onto a gum solution and then swirled into patterns, paper is then laid on top of the pattern which is transferred on to the paper and then dried.

It is interesting to note that the map is lithographed by Col. Sir Henry James, Director-General of the Ordnance Survey. A second map from the Opium Wars shows the situation between the 1st and 21st of August and the taking of the Taku forts (D5:17 (30)).