Admiralty Charts have long been an important record of sea-faring conditions throughout the worlds oceans and seas. Pretty much every estuary, island, port and sea has been covered at various levels of detail from the early 1800s showing details such as depths, observation points in-land and light-houses. Dangers such as rocks and other obstacles are also noted, such, as in this case, the famous Goodwin Sands off the Kent coast. 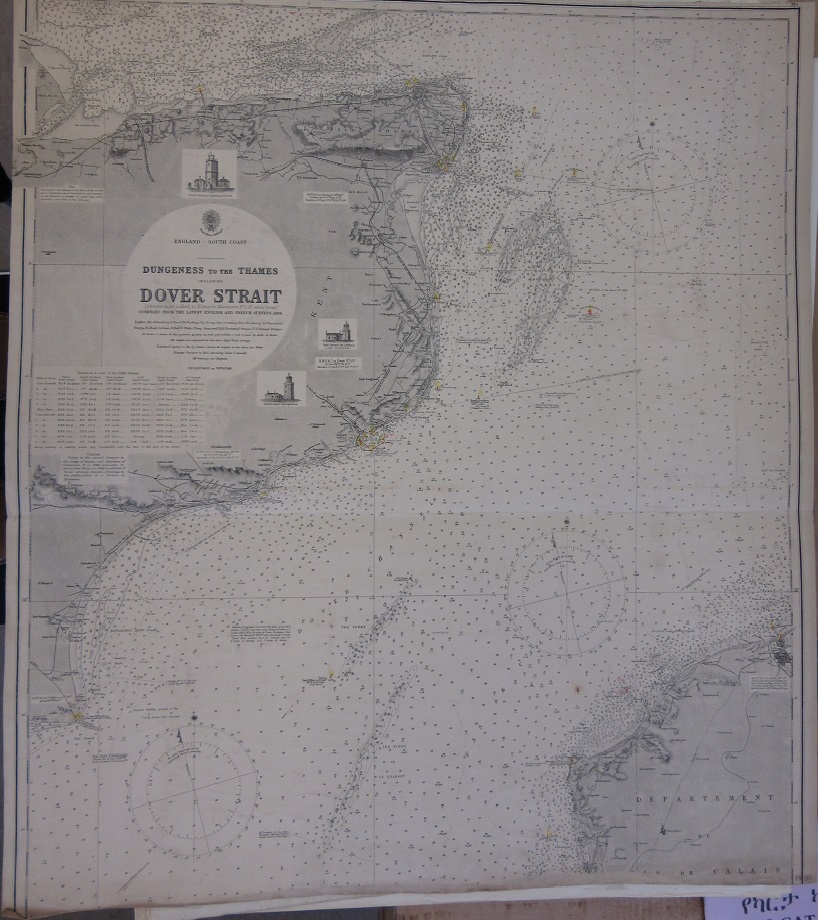 The library holds a large number of charts but this one, Dungeness to the Thames including Dover Strait, number 1895, has a message on the back that few others have. Possibly standard practise to avoid using outdated charts but also a security measure considering the time the chart was published, 1911, and of the area shown, the Thames estuary the note states