When it comes to maps showing paths through minefields you’d presumably, stuck behind the wheel of your boat, hope for something more than a legend that includes’ Almost undangerous influence mine field’. 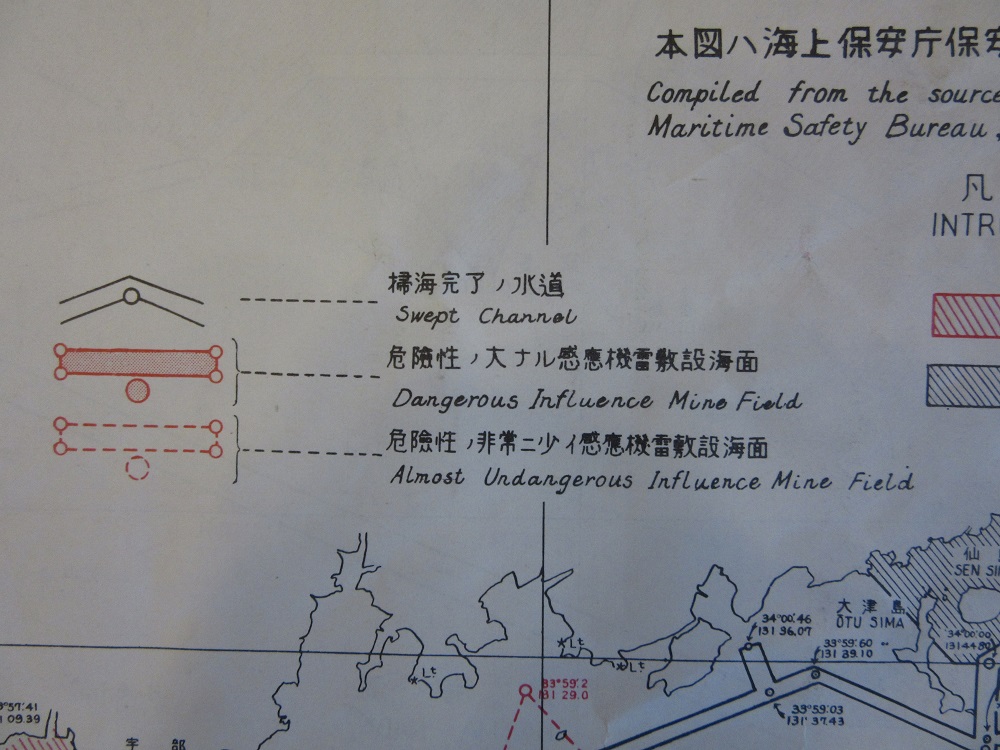 This map,  the ‘Status of Swept Channel and Influence Minefields in the Japanese Inland Sea (March 18, 1949)’ shows how hazardous life was in the years after the Second World War. Four years since the end of the conflict (which culminated with the Atomic Bomb drop over Hiroshima, which is in the top right of the map) the inland sea between Kyushu and Honshu is still awash with mines with only a narrow safe channel separating the two islands. 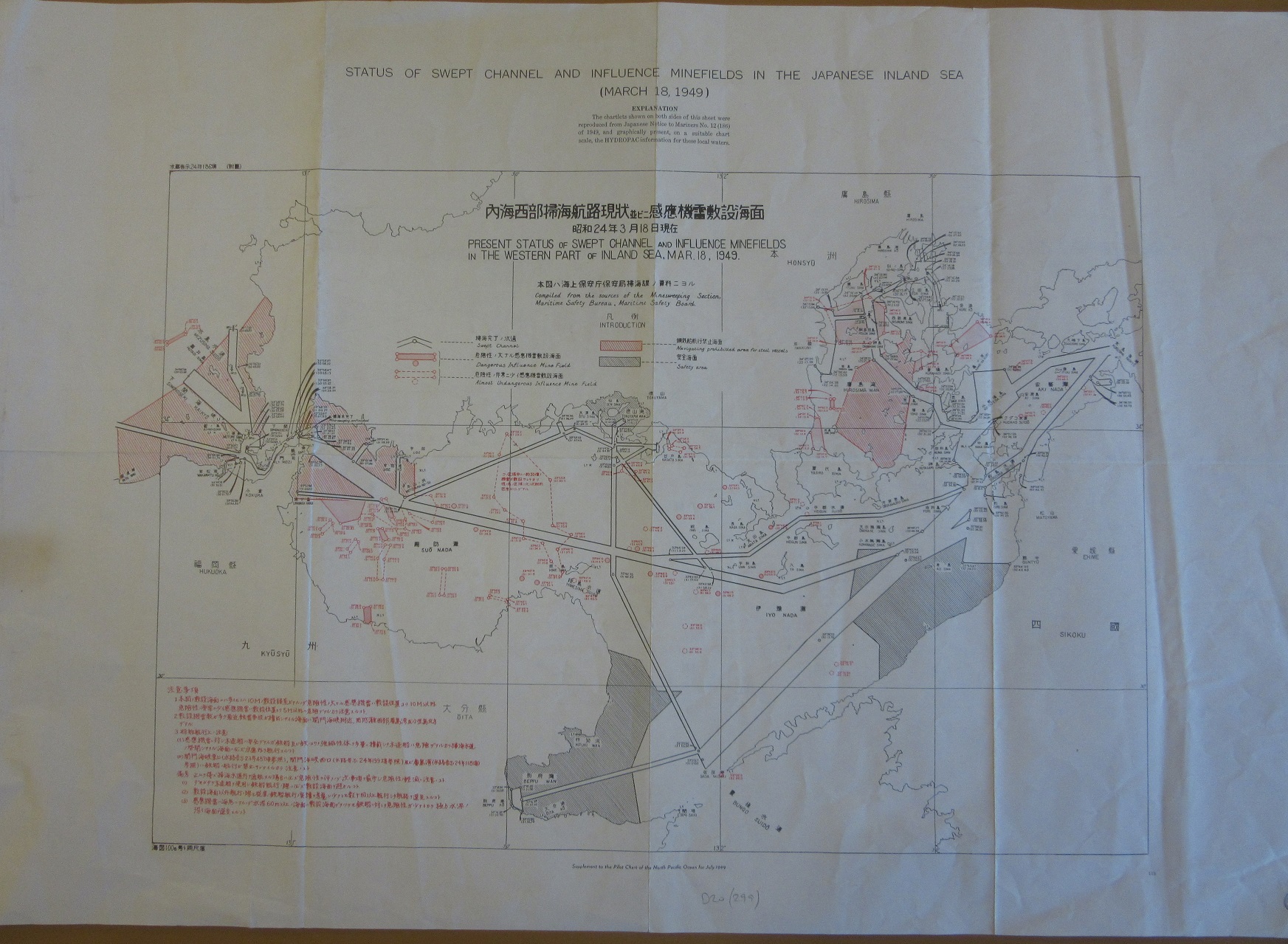 An influence mine defers from an ordinary mine in that it can be set off by the actions of a ship nearby, by changes in pressure, electronic signals or magnetic variation. The map shows the danger areas in red, with the clear channels those that have been swept clear of mines. Black-inked areas are safe. 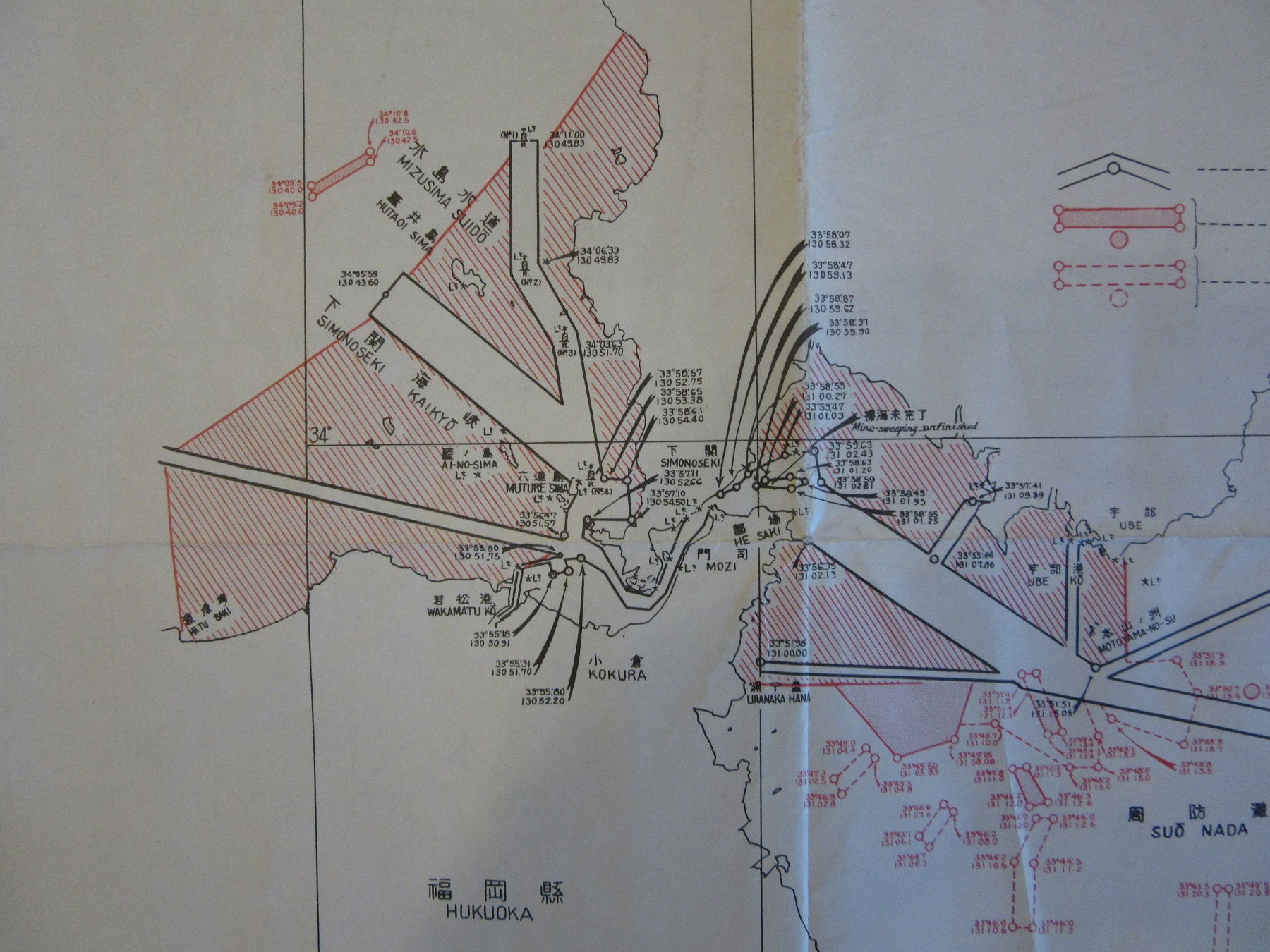 The map is a supplement from the Pilot Chart to the North Pacific Ocean series, a wonderful archive of maps published by the U.S. Hydrographic Office on a monthly basis over a number of years from 1912. The maps show currents and weather patterns and often feature articles on the reverse on such diverse subjects as typhoons, whales and signals. 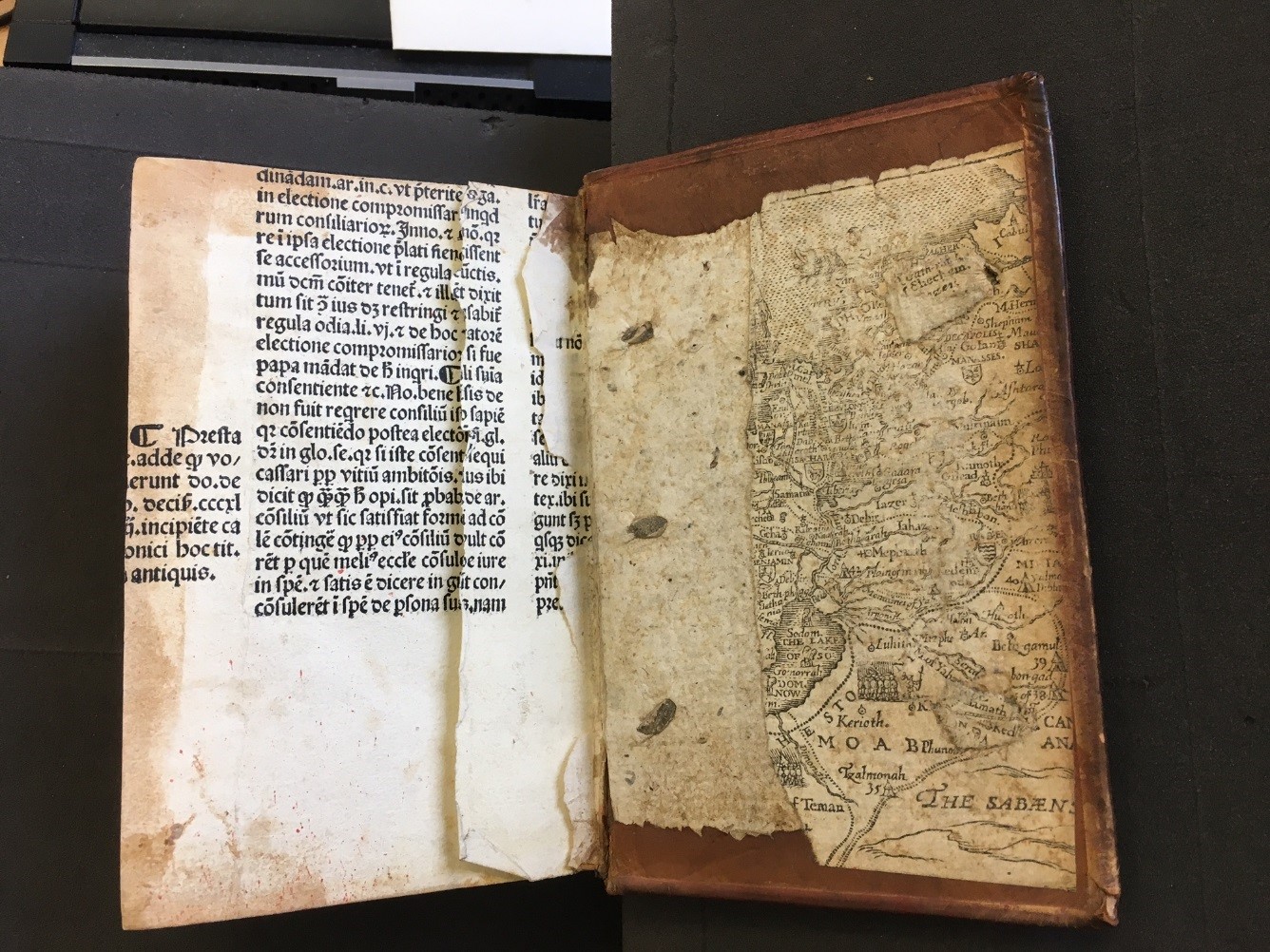 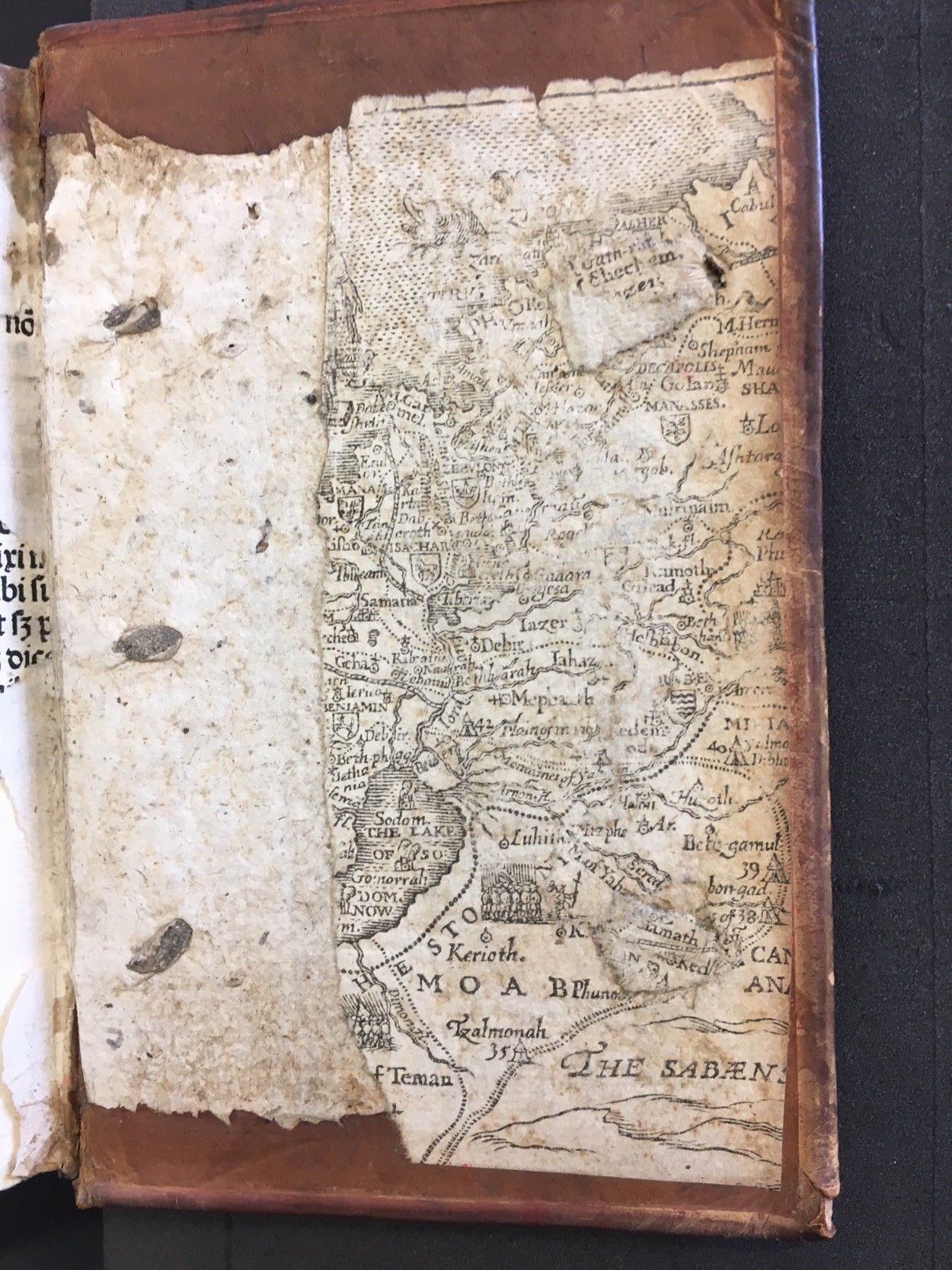 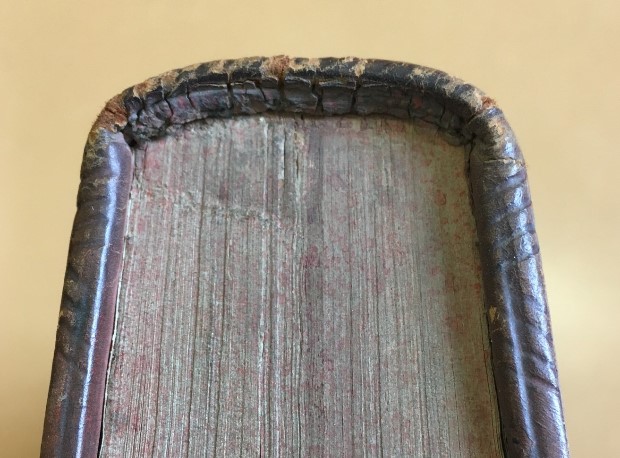 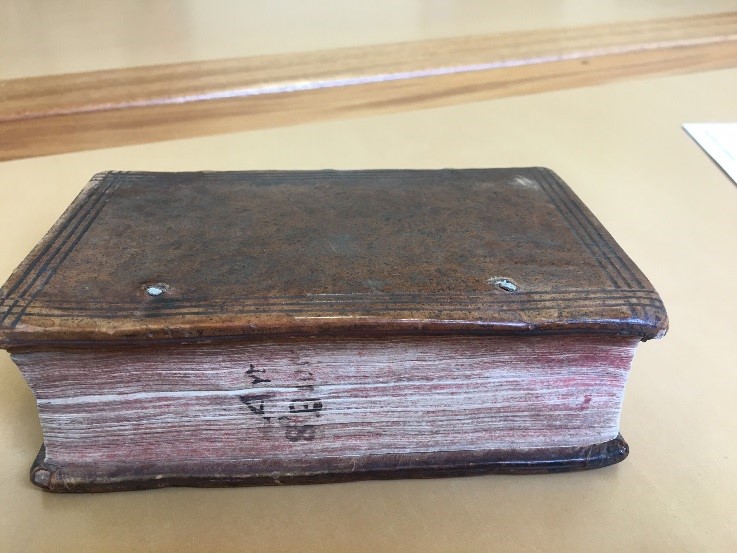 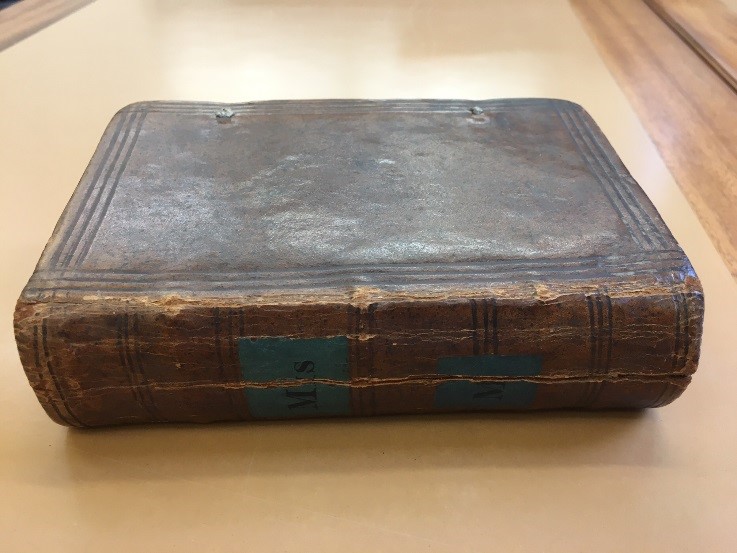 A local cartographic company have downsized, and given the Bodleian their collection of atlases. Included in the haul were a large number of works by Arno Peters, creator of the Peters Map Projection system in 1973. These atlases are in a number of different languages, including German, Danish, Spanish and French and will be a welcome addition to the atlases in different languages already held in the map collection. 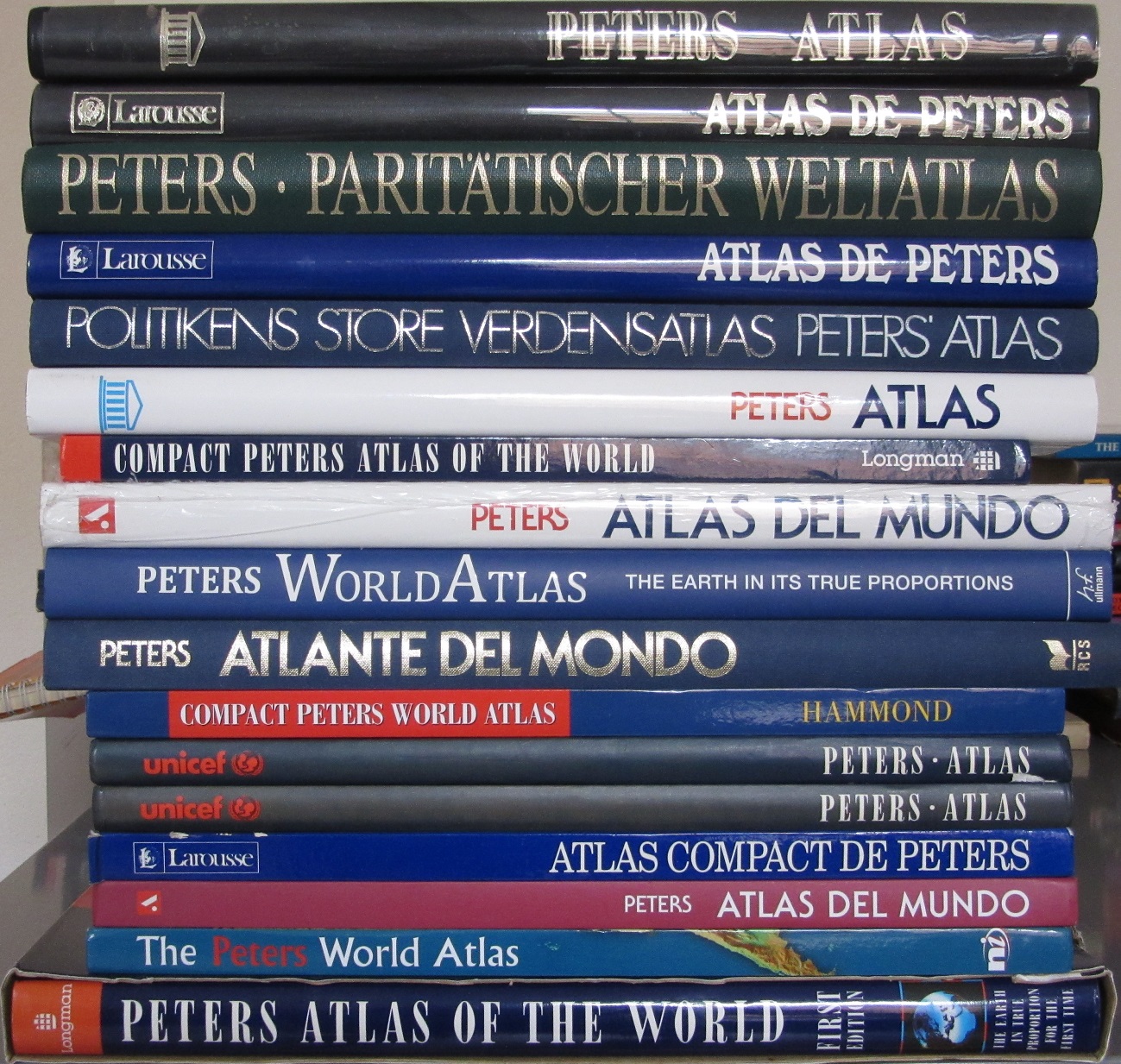 Peters projection was designed to show the world in away that gave, according to the creator, ‘the Earth in true proportion’. The standard projection, that of Gerard Mercator in the 16th Century, was too Euro-centric, argued Peters, and his new projection ‘represented countries accurately according to their land-mass’. This new map, which changed the perception of under-developed countries in the general world view, proved highly popular with its more equal view of the world. Relief and Church organizations distributed millions of copies of the maps. 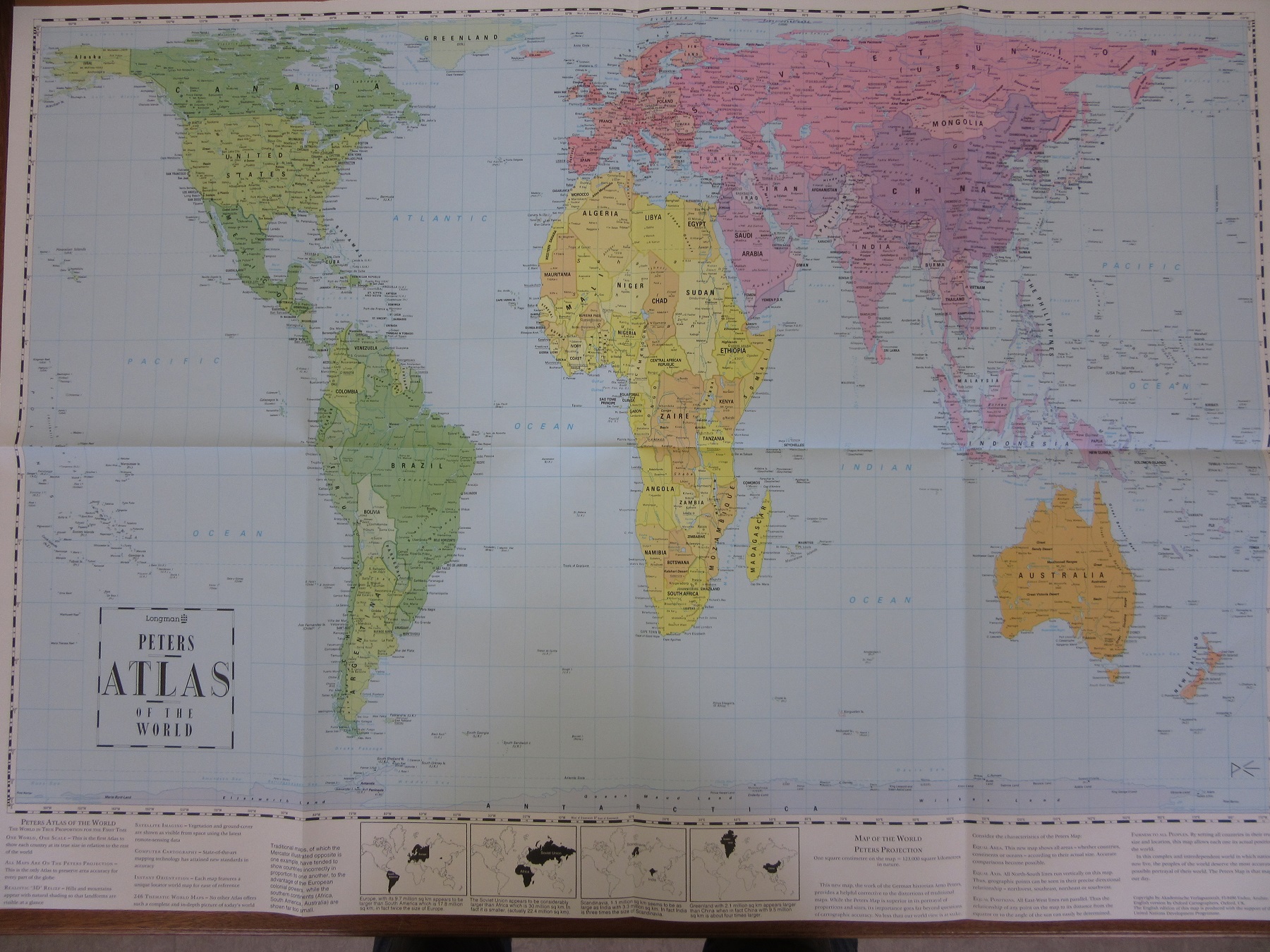 Cartographers immediately took against the bold claims made for the map, arguing that no map could avoid distortion in some form or another. They also pointed out that the Peters Projection was far from unique, similar schemes had been proposed as early as the mid-1800s.