Beach landing plans from the latter stages of the Second World War are some of the most evocative of all the maps held in the Bodleian. They are the outcome of information gathering, of the need to record and warn of dangers both geological and military while at the same time with their use of colours to portray a range of different information are often attractive to look at, despite any thought given to the events that would lead on from the need to make the maps in the first place.

The Bodleian holds beach plans for the Normandy campaign that took Allied forces back into mainland Europe on D-Day, for the Italian campaign and now, with a recent donation, of the Burma campaign. 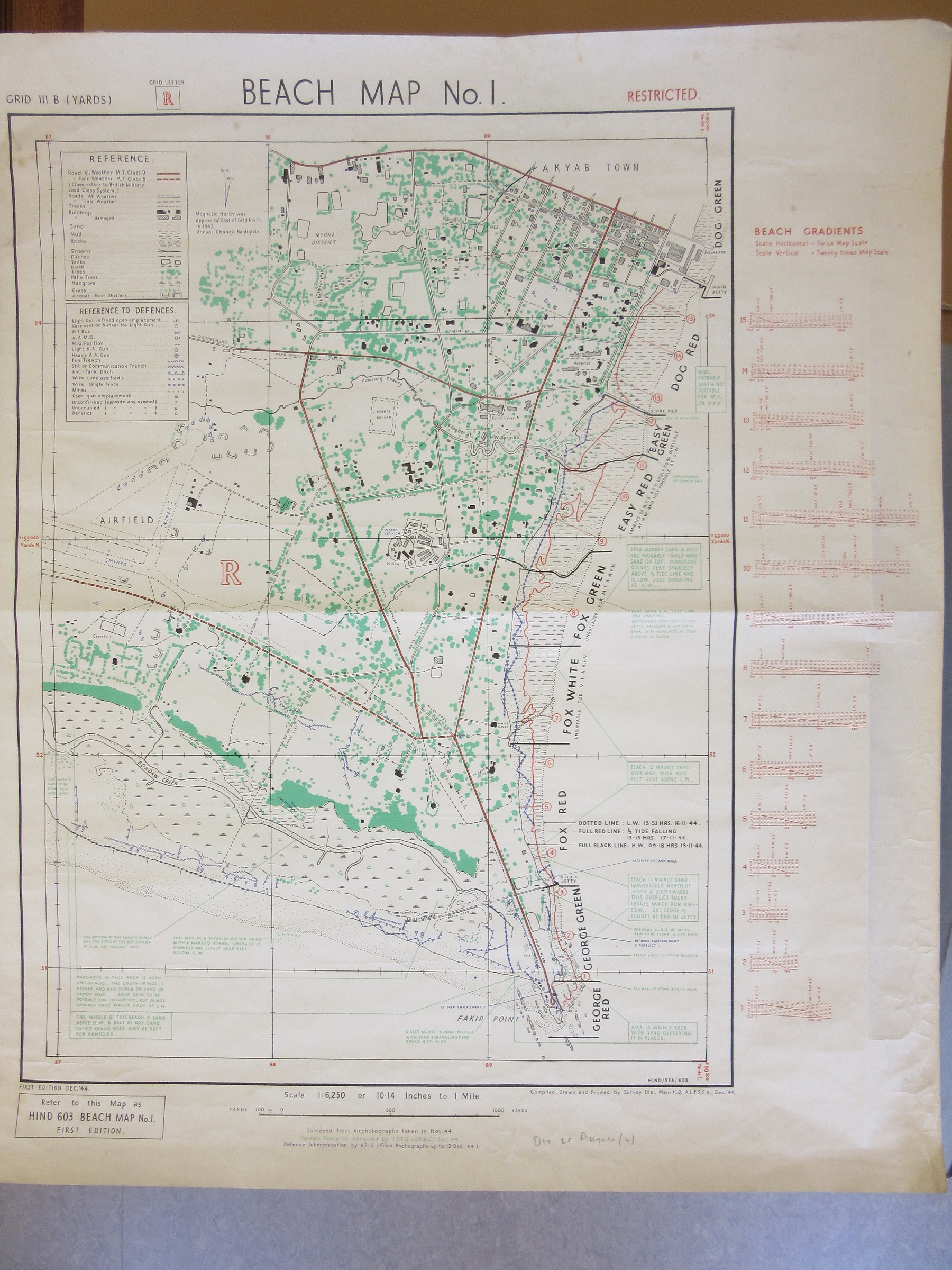 This map shows the town of Akyab (now called Sittwe), an important port on the west coast of Burma that had both a heavily defended airfield but also one of the best deepwater ports on the coast. Allied forces had taken the town by the 3rd of January, just over 20 days after the last of the information was added to the map. 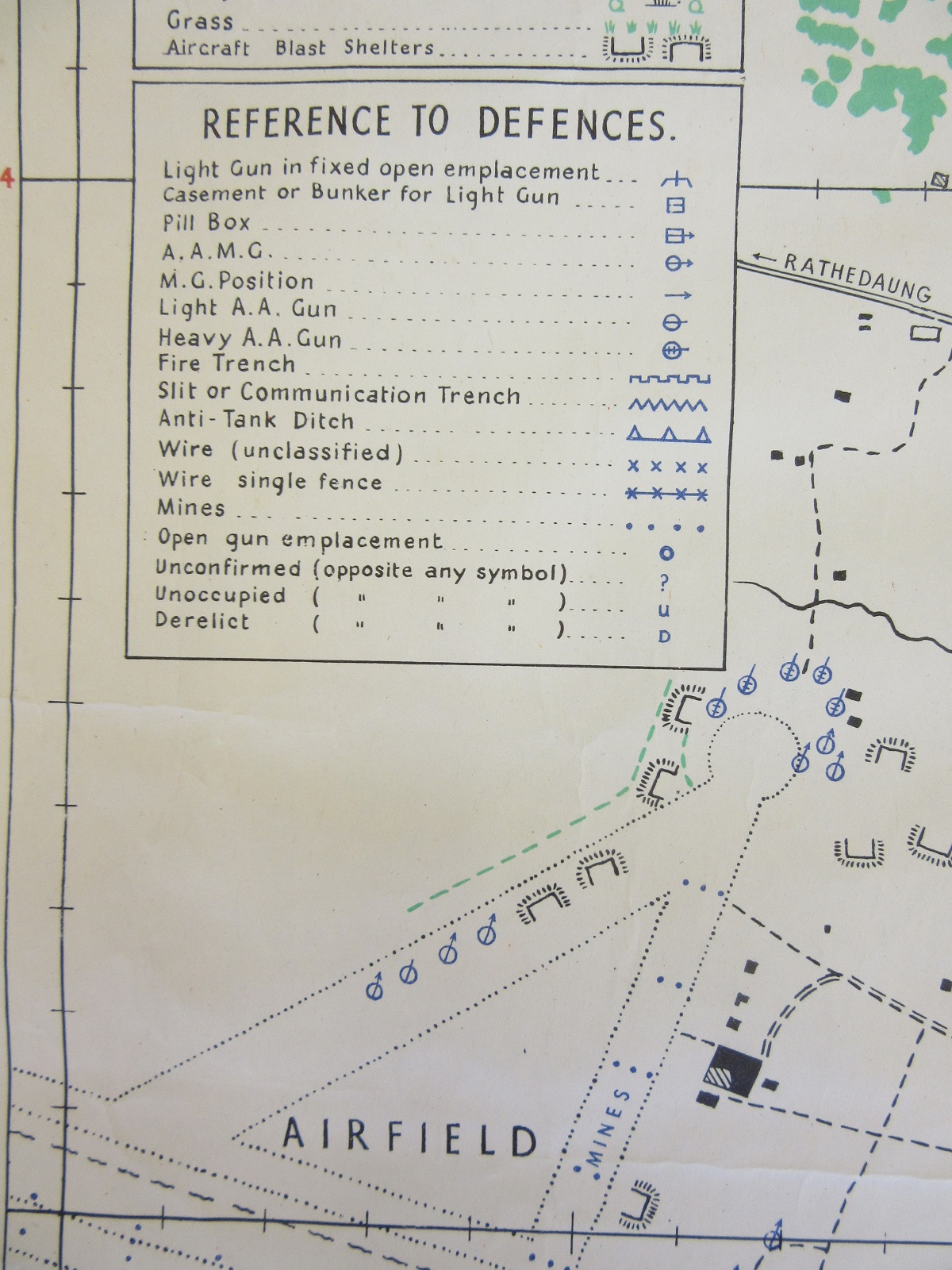 All geological information is in green, while military information is in blue. Black text of the beaches give tide-times information and shows the landing zones for the different troop groups. The red numbers, one to fifteen, are for the beach gradient diagrams off the map on the right.

Cross-section profiling is common in maps, though usually showing hill heights or geological information over a greater distance than shown here, where information is given on the slopes and tides of parts of the beach for Allied landing craft.

The map is compiled and printed by the Survey Department of the Allied Land Forces South East Asia, formerly the 11th Army Group, based in Kandy.