This beautiful map, ‘A plan of the situation of the ancient borough of Haslemere in the county of Surrey…’ is a colourful and detailed example of a cadastral plan, a map designed to show individual buildings and ownership.

The map shows what is now the High Street in the town. Listed either side of the plan are the lease and free holds with the houses numbered and occupants listed. The biggest house, nu 2, belonged to John Tanner, Gentleman.

Drawn onto vellum in 1735 the map is showing signs of damage. The map has holes in the corners, suggesting that at some point it was pinned to a wall, and there is a strip of paper on the reverse running along the middle, an indication that it has also been stuck into a book. This doesn’t detract from the attractiveness of the map though. Similar in design and purpose to Estate maps the cartographer William Morley has richly decorated both the houses and the borders with the compass rose and flowers, as well as the columns and edge decorations.

The map comes from the Gough collection, one of the most important of all the donated collections to the Bodleian. Richard Gough was a noted antiquarian who collected topographical prints, drawings and related items. Included in his collection, which came to the Bodleian after his death in 1809 are the Gough Map (http://www.goughmap.org/map/) and the Sheldon Tapestries. Almost all the maps from the Gough collection are black and white, making this beautiful plan of Haslemere stand out.

In twenty-five years of lectures and field trips The Oxford Seminars in CArtography (or TOSCA to its friends) has called attention to the enlightening power of maps. The series has shown how maps were co-opted into Enlightenment projects as tools for rational enquiry and the implementation of ‘improvements’. We have seen maps as part of Enlightenment science – used by individuals, institutions, and governments to understand, demarcate, control, codify information about, and change the lands under their jurisdiction. The power of maps to open up lands, seas, peoples, and the rest of the natural world to the questing gaze of the outsider has been a constant TOSCA theme. TOSCA seminars have also interrogated maps dating from before and after the Enlightenment but which shed light on phenomena and connections between them. TOSCA audiences have seen how – on the wall of the schoolroom, in the wartime operations room, in the hands of the traveller, in the mark-up room of the newspaper editor, in the cabinet of the scholar, or on the laptop of the engineer – maps shape our understanding of the world, ourselves, and our place in the world. Though TOSCA seminars have amply demonstrated that maps can be tools of the elite and powerful, they have also uncovered mapping undertaken by the ostensibly powerless, as revealing exercise in citizen science, and as a means for those with radical, subversive, or countercultural agendas to enlighten audiences about the nature of elites.

To celebrate 25 years of TOSCA’s cartographic explorations an all-day symposium and map display was held in TOSCA’s home, the Bodleian Library, for which papers were invited on the theme of Enlightening Maps. Topics were to reflect but were not be limited to the themes outlined above, that is, maps of the period known as the Enlightenment but also maps used to shed perhaps unwelcome light on contentious questions of every sort and from every period.

Friday 22 September saw the staging of “Enlightening maps: celebrating 25 years of The Oxford Seminars in Cartography” at the Weston Library. TOSCA has now been running since 1993, showcasing maps and mapmaking with one seminar per term, plus an annual field trip. The events are open to all.

We wanted the day to showcase a number of issues and formats. Whilst the over-arching title of “Enlightening maps” came quickly, we needed to populate the day with a programme that would entice people to help us celebrate the occasion.

Two keynote speakers were deemed to be essential, and we invited Danny Dorling, Oxford’s Halford Mackinder Professor of Geography, and Mary Pedley, University of Michigan to top and tail the day. Space was made available for four 20-minute papers, as well as a slot for “Cartographic conversations” which was designed to allow presenters to discuss their research in front of items from the Bodleian’s map collection. Two of our four “20-minuters” took up this opportunity, along with four further presenters. Thus the day was set. We also booked the Divinity School for a drinks reception, as well as a room above the St Aldates Tavern for an evening meal. We even persuaded author and broadcaster Mike Parker of ‘Map addict’ and ‘Mapping the roads’ fame to deliver a toast in the Divinity School. 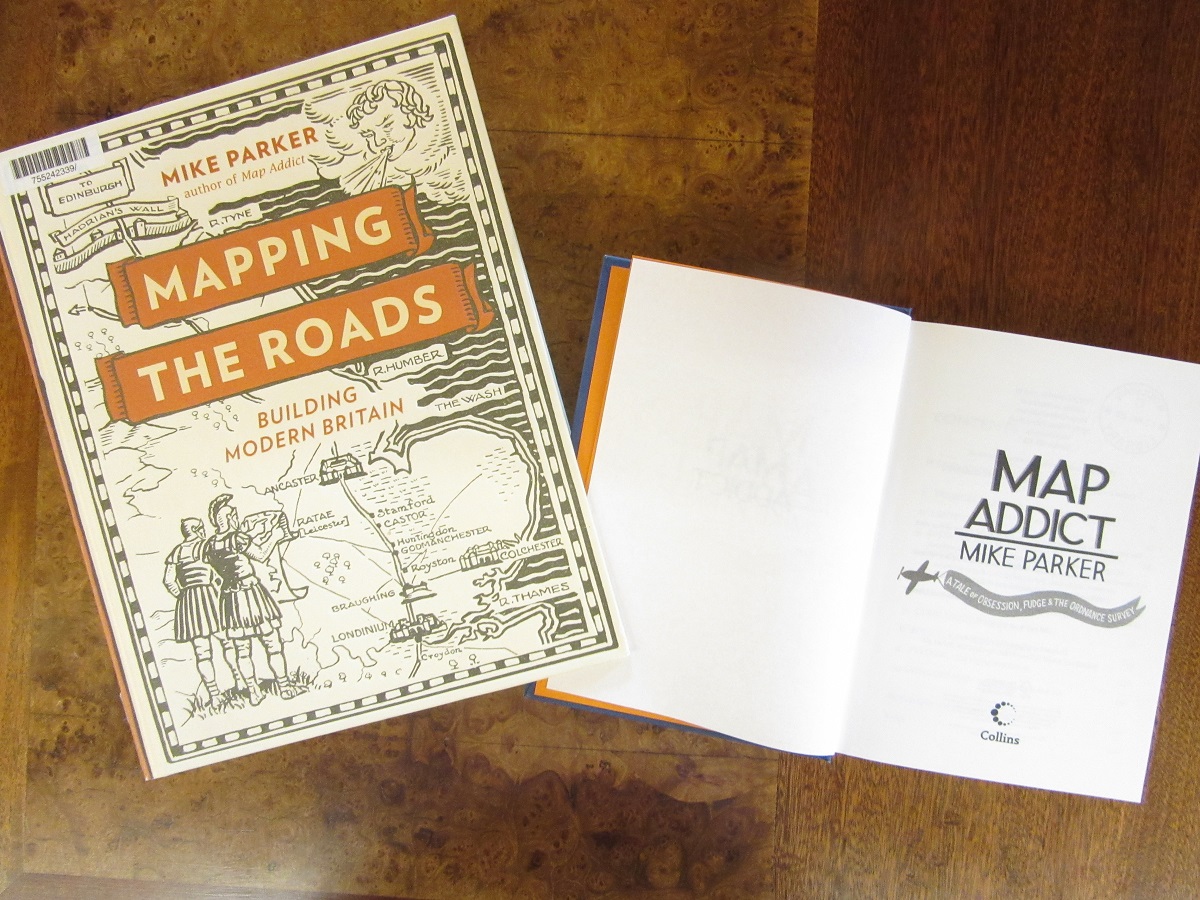 In total 58 people registered for the day (including eleven speakers and five Map Room team members on hand to help with registration and general logistics). Our visitors were both local, 33 coming from Oxfordshire; and international, with one from Germany and three from the United States.

Registration and coffee seamlessly merged into a general welcome, and then Danny Dorling’s opening presentation entitled ‘New ways of seeing the World: a social geographer’s perspective’, awash with cartograms and challenges to map social data on a global level set the day’s mapping activity into motion.

We then hit upon our first pair of talks under the banner of Enlightening maps: modernity and postmodernity, which featured Megan Barford (Royal Museums Greenwich) on ‘Cartography and forced migration: a contemporary collecting project at Royal Museums Greenwich’ which looked at current manuscript maps created for migration routes for Syrian refugees attempting to reach Britain. Then came Kenneth Field (Esri Inc. / International Cartographic Association) on a very topical ‘Fake maps: the new age of cartographic enlightenment’, which included Ken’s take on Fred Rose’s serio-comic maps of the late nineteenth century, as he showcased his own “serio-comic” Trump’s ties World map.

After lunch we were back with a double-header on The European Enlightenment and its maps, Katherine Parker (University of Pittsburgh) opening with ‘Charting chimeras: the creation and rejection of Pacific geographic knowledge in the eighteenth century’ which included the story of Pepys Island off the Argentine coast – frequently mapped, yet never ever in existence. She was followed by broadcaster Vanessa Collingridge, who spoke on ‘Mapping myths: the fantastic geography of the Great Southern Continent, 1760–1777’. 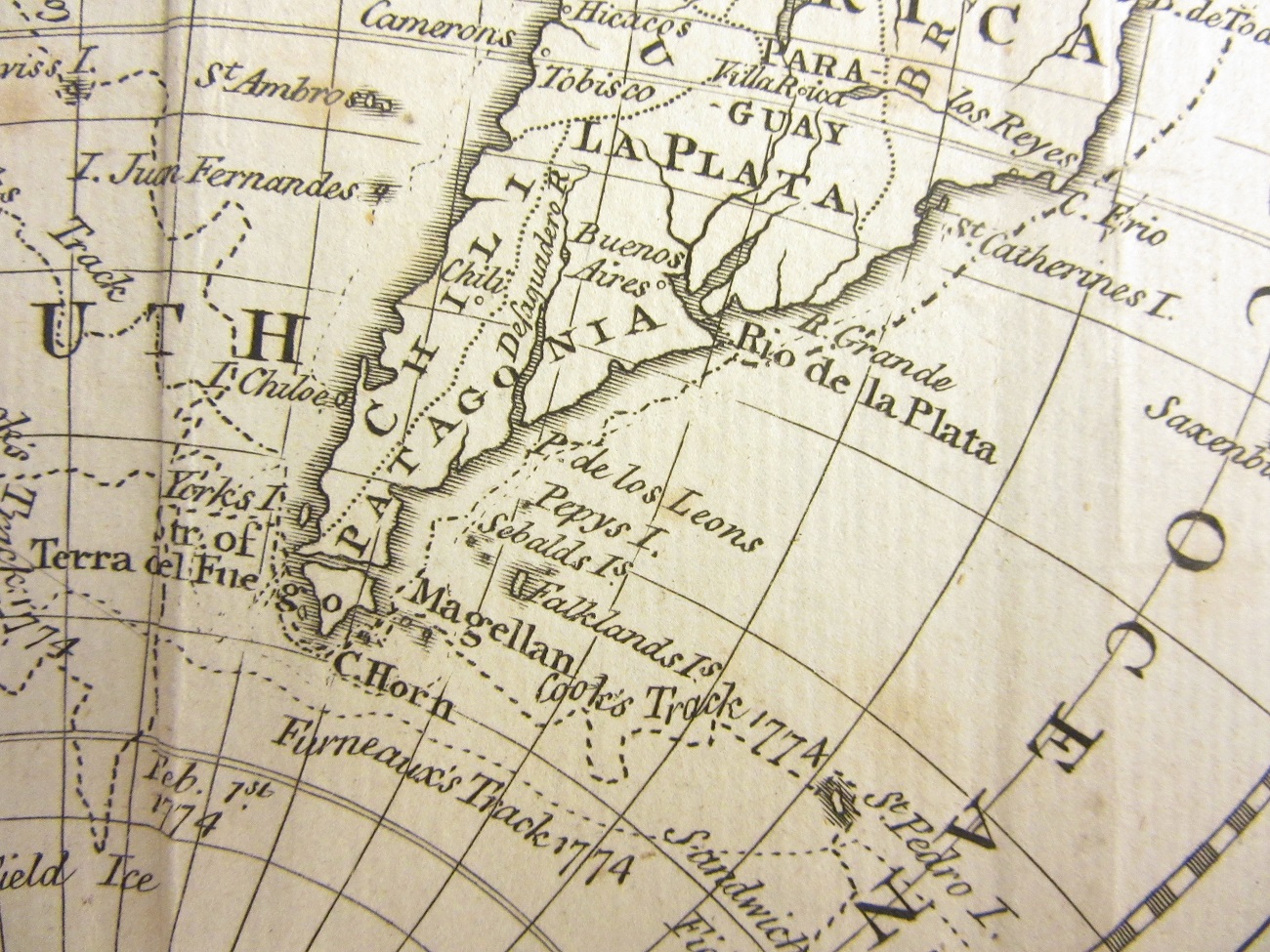 Our next plan was to try to replicate the atmosphere of our field trips, and so the delegates were transported upstairs where they could move freely between the Bahari Room and the Centre for Digital Scholarship for a series of Cartographic conversations. The Bahari hosted Katherine Parker showcasing material to support her paper, alongside independent scholar Paul Hughes, who was demonstrating ‘The evolution of the Prime Meridian: the cartographic evidence’, and another independent scholar, Jane Reeve, with ‘War and paradise: the maps of James Bruce, the ‘Abyssinian traveller’’. The CDS hosted Ken Field who added the likes of the Ghanaian “elephant map” where an elephant-shaped contour lines can be spotted, as well as a current Ordnance Survey Landranger map with “BILL” drawn into some sea cliffs. 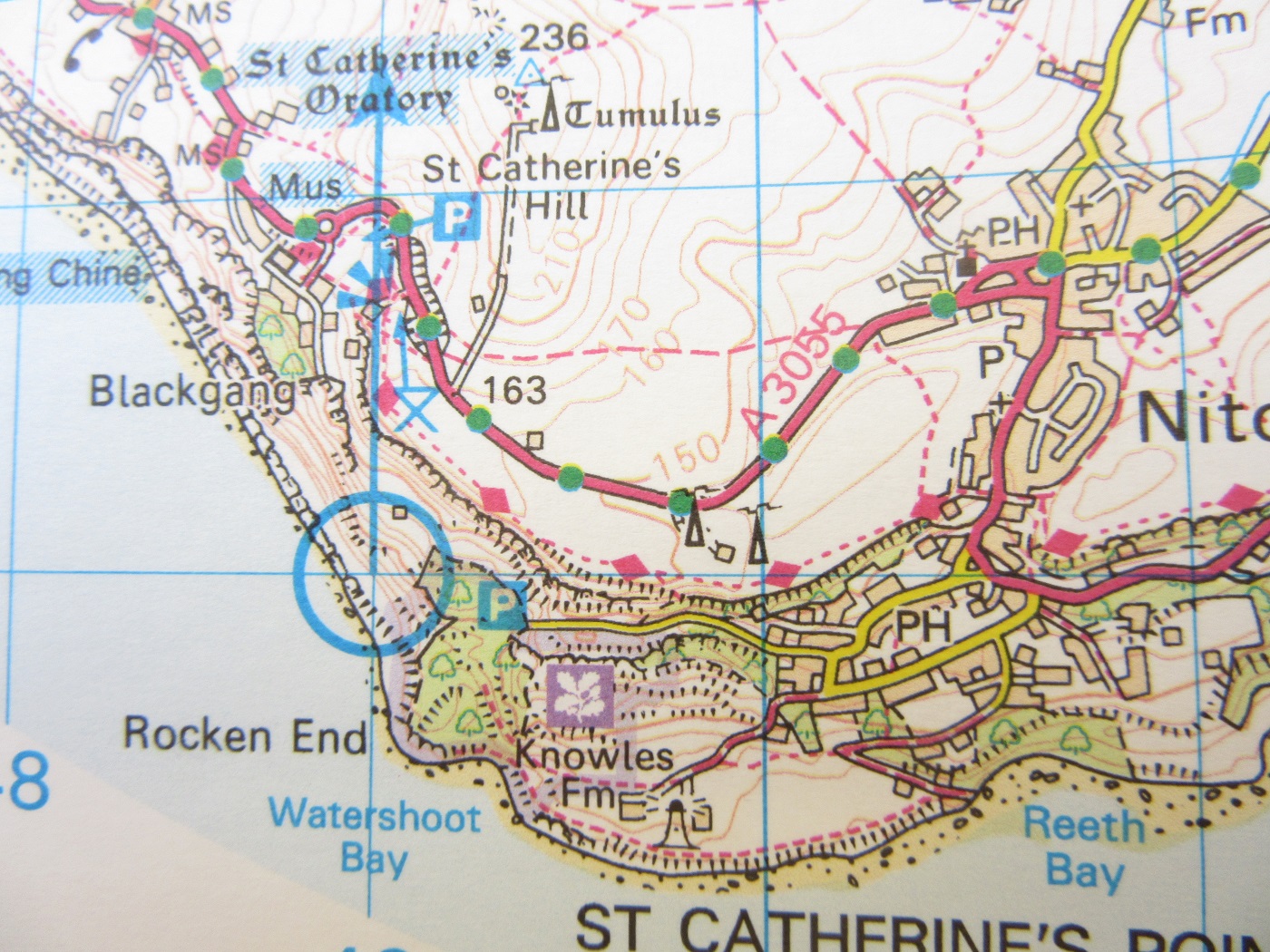 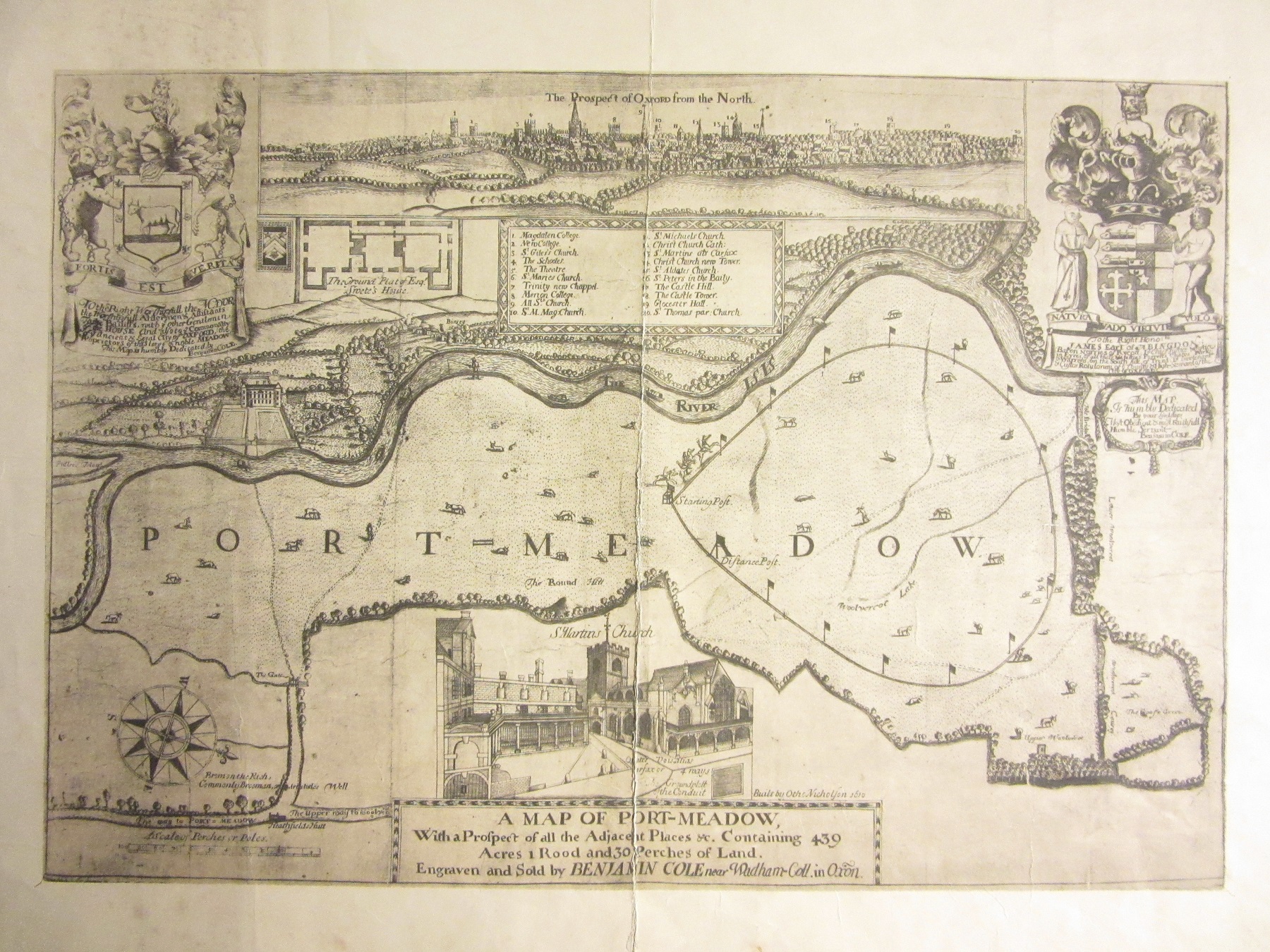 Following a tea break, we returned to the lecture theatre for the second keynote – Mary Pedley on ‘Mapping in the European Enlightenment’, a wonderful tour de force to end the day’s formal proceedings.

The day’s highlight had to be the Weston Library itself. The event was a perfect fit, using the lecture theatre, and also the Bahari Room and the Centre for Digital Scholarship. Such an event could not have happened without the Weston Library, and the response from visitors was unanimously positive.

So what happens next? The 2017/18 TOSCA programme has been announced with seminars on the Selden Map, nineteenth-century British cartography, and the future remit of Ordnance Survey; we also have a field trip based on GIS and the First World War. Additionally, we feel that a day such as this warrants repetition, and so we have booked the same combination of rooms for Friday 25 September 2020, and a 28th anniversary celebration.