Two maps of Christmas Islands, the first off the coast of Java in the Indian ocean, the second in the Pacific Ocean and more commonly known as Kiritimati, which means Christmas in the Kiribati language. 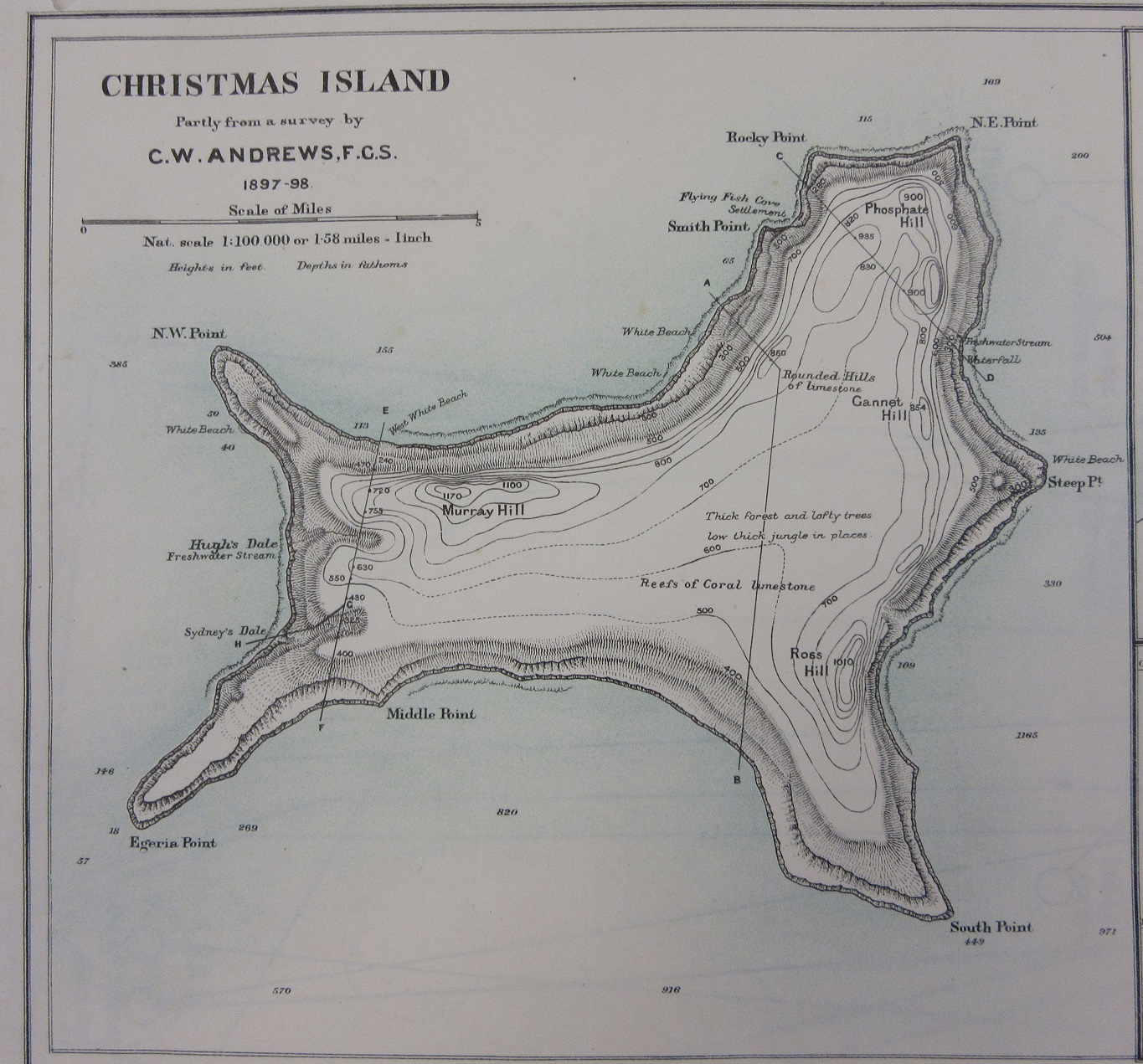 The Pacific Ocean version was discovered by Spanish explorers in 1537 but named by Capt. James Cook on the 24th December 1777. It is a raised coral atoll and part of the Republic of Kiribati.

And now for a quiz. This extract, from sheet 17 of the Gold Coast survey at 1:62,500, has one unusual feature. There is, of course, a chance that the hill is shaped this way, but seems likely the surveyor was having fun. Can you spot it? Answers, or help, to maps@bodleian.ox.ac.uk 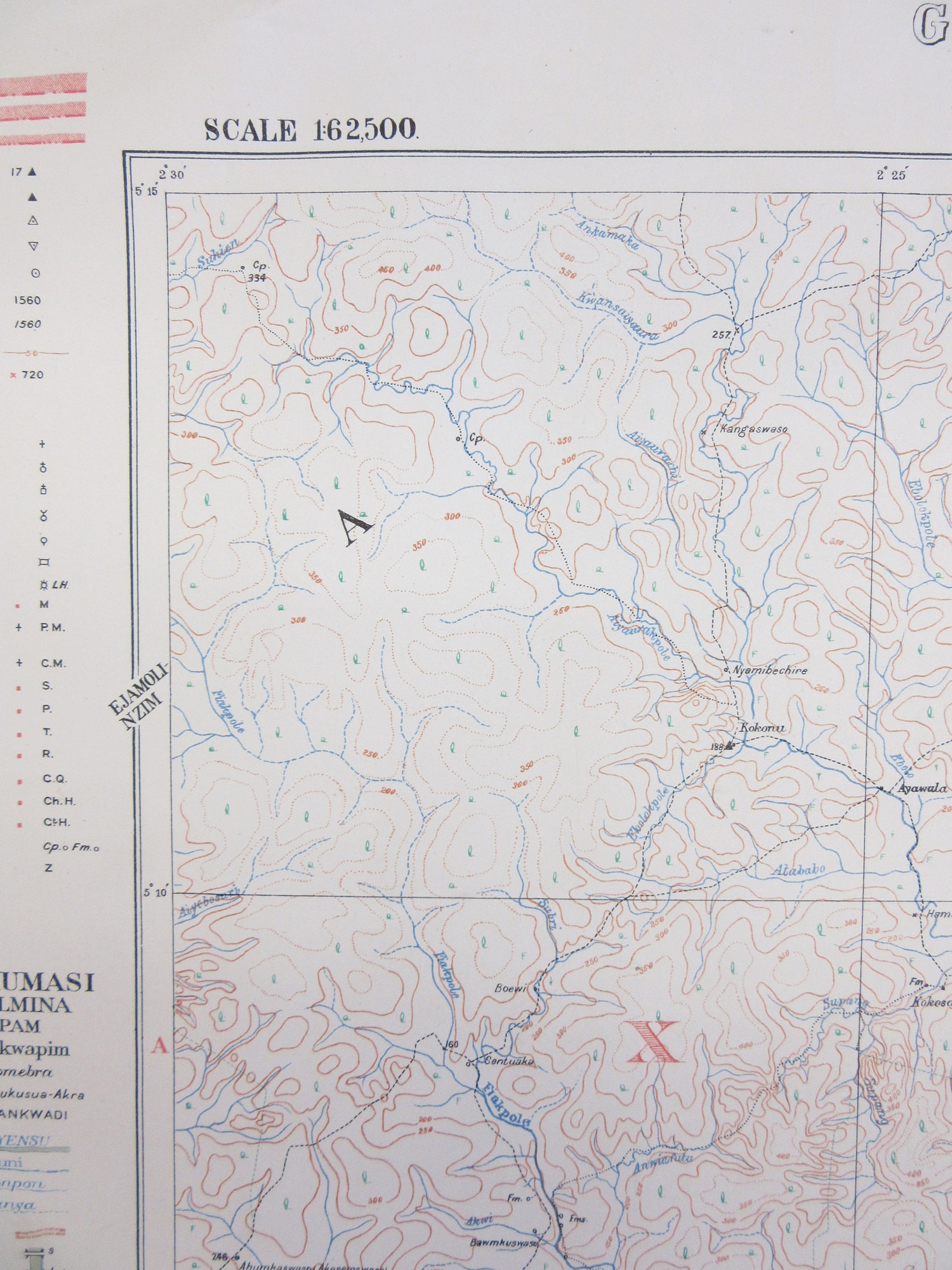