The story of silk escape maps in the second World War is now deservedly well known. The maps, printed on silk as a resilient alternative to paper, were carried by Allied air crews to help them find their way home if they came down in enemy territory. Similar maps continued to be produced after the war, and the Bodleian has a small collection of maps produced in the 1940s and ‘50s. However, the recent arrival of a silk map in the Bodleian Map Room caused a certain amount of interest. 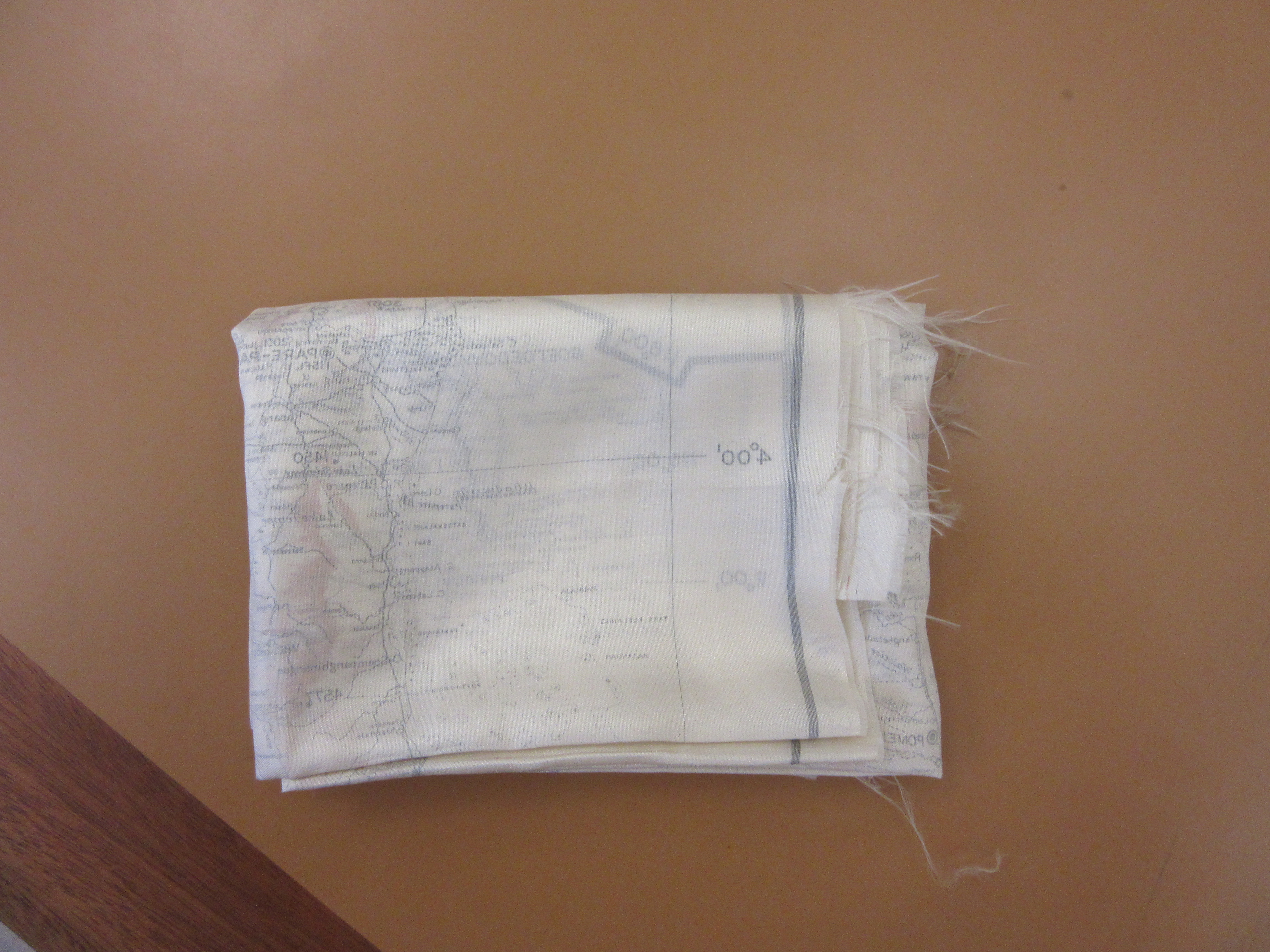 For one thing, this map appears actually to be on silk. So called ‘silk maps’ were initially printed on silk that had been judged to be below the standard required for parachutes in the early 1940s. But once silk supplies ran out they were made of acrylic material that just isn’t as nice. This one is soft and silky and would make a lovely scarf. 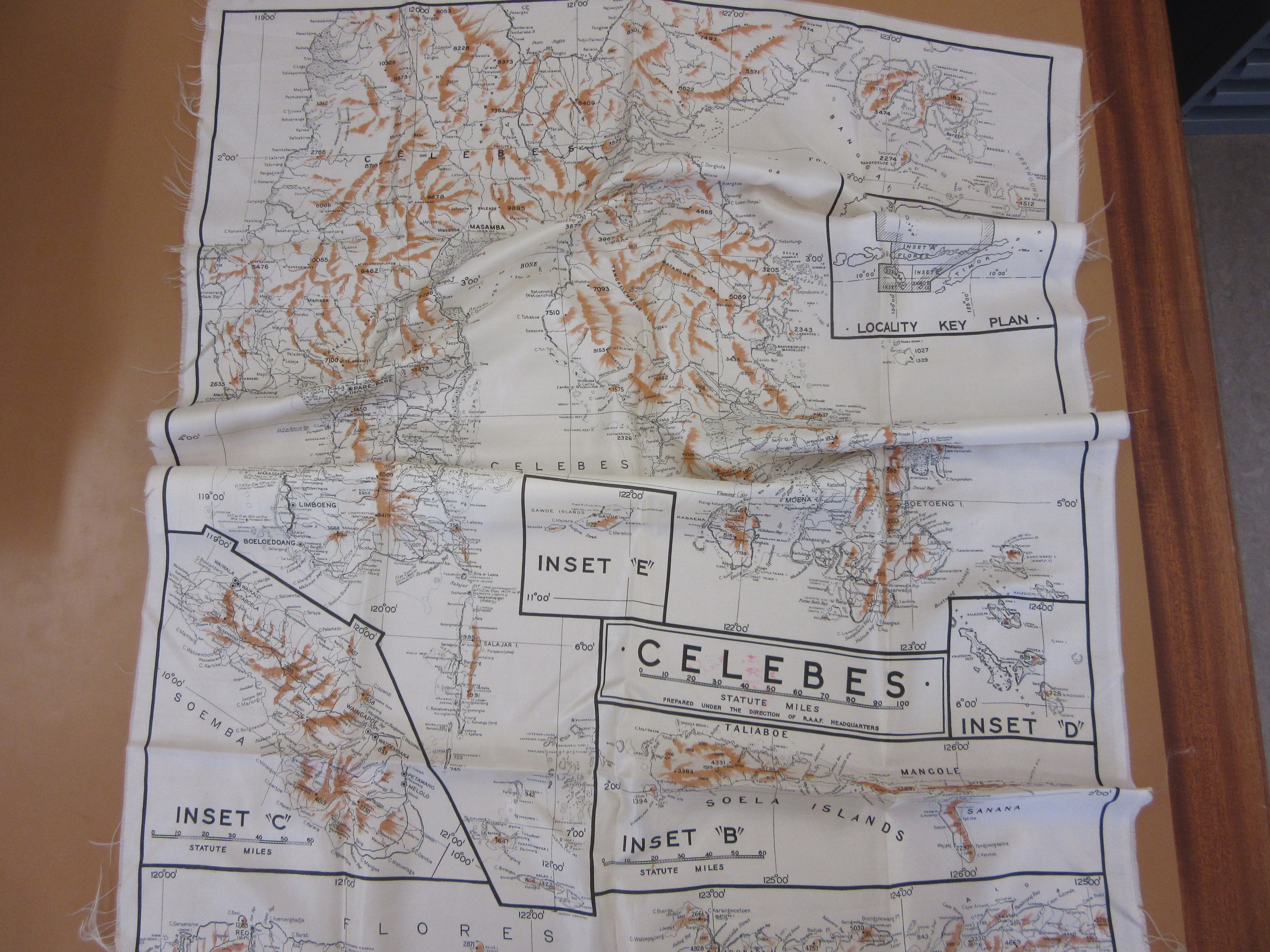 The style of the map is reminiscent of the British silk escape maps of WWII. It has a utilitarian look – it was designed to be functional rather than marketable – with different islands on insets identified by letter codes. The lettering style, layout, and presence of print codes but absence of standard publication information are all typical of WWII era silk maps. It is however in only 2 colours (brown for the hill-shading, black for everything else) –  British silk maps from the same period were more often printed in 3 or more colours. 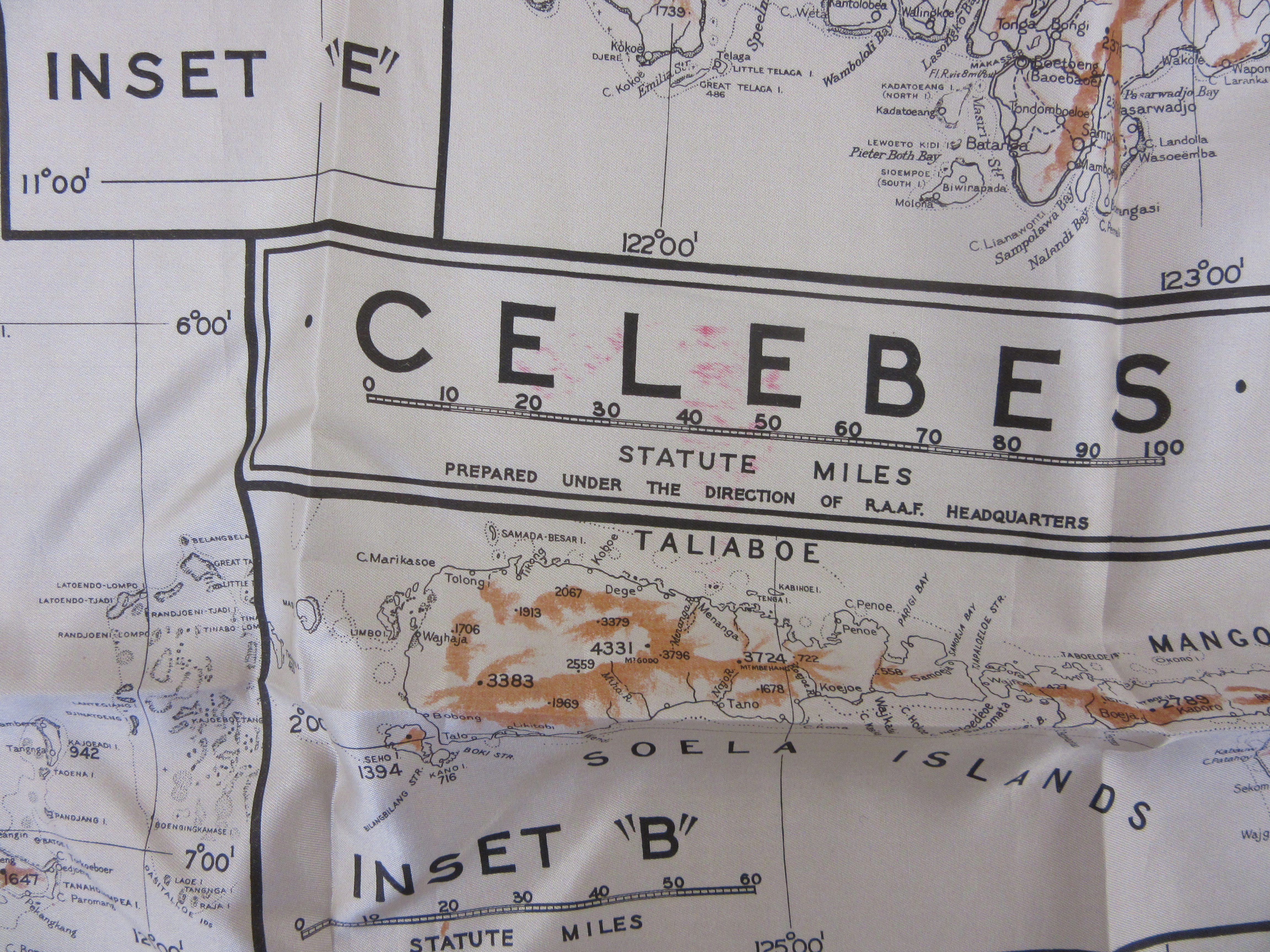 The map shows ‘Celebes’ – part of Indonesia and known as Sulawesi officially since 1945 – and surrounding islands. The map was made by the RAAF (the Royal Australian Air Force); copies are held in map libraries in Australia and the US, tentatively dated to 1943. It is the first Australian silk map to be acquired by the Bodleian. Its condition shows the resilience of this apparently fragile material – apart from a few loose threads at the edges, it looks as good as new.

Want to know more about the story of silk map production?

This website http://www.silkmaps.com/ gives general background on silk military maps
This article (beginning p.30) explains the role played by MI9 http://www.defencesurveyors.org.uk/Images/Ranger/Ranger%20Volumes/Ranger%20Summer%202009.pdf
The article ‘Wall tiles and Free Parking’ http://www.mapforum.com/04/april.htm tells some of the story behind the silk maps’ production in Britain and their use in a POW camp.

One thought on “A silk escape map”