It’s Saint George’s Day on the 23rd, which gives us a chance to show some items related to England’s Patron Saint and his most famous action, killing the dragon. While there are numerous sites claiming to be the location of the slaying the one closest to the Bodleian is Dragon Hill, just below the Uffington White Horse. 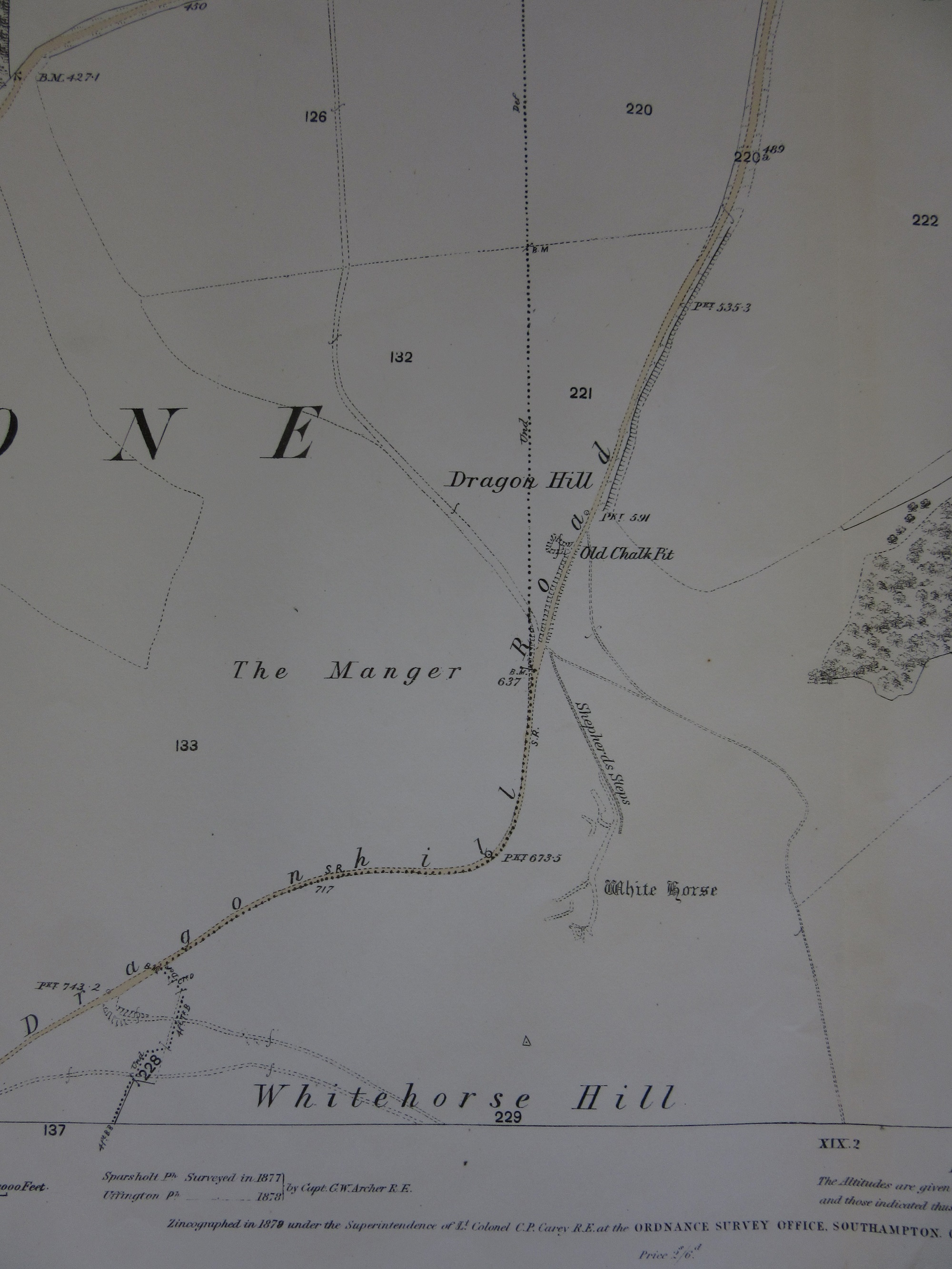 This image comes from sheet XIII.14 of the 1st Ed. County Series for Berkshire (1879) by the Ordnance Survey. The area is rich with archaeological remains. An Iron Age hill-fort and the White Horse are just above Dragon Hill while further along the ancient track the Ridgeway is the Neolithic Long Barrow Waylands Smithy. Dragon Hill is a natural chalk hill which at some point has been levelled, possibly in the Iron Age. Legend has it that the patch of chalk on top where no grass will grow is the place where the dragons blood was split. 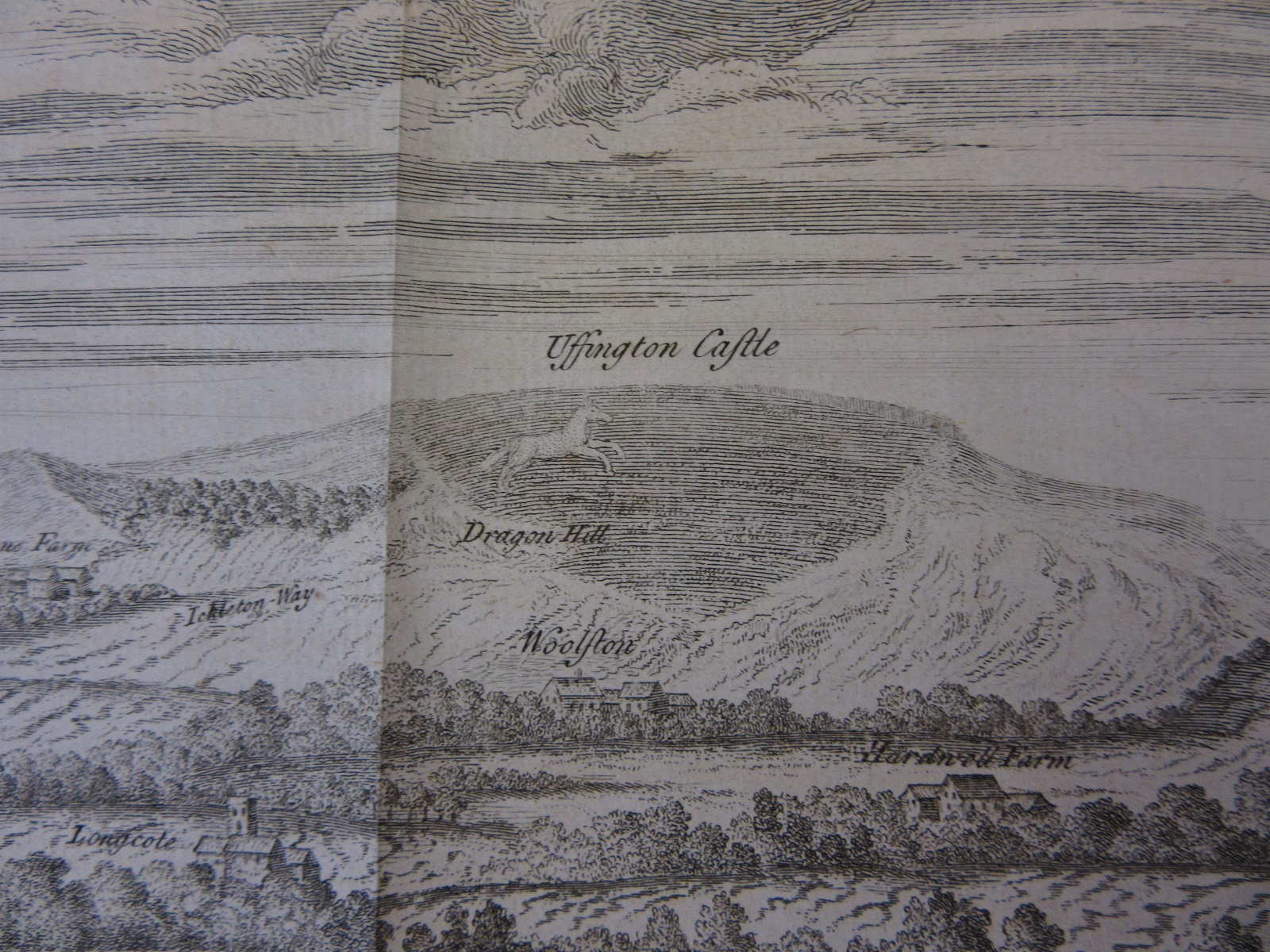 This image of White Horse Hill from the north comes from A letter to Dr. Mead concerning some antiquities in Berkshire…By Francis Wise (1738), (Gough Berks 3 (20)), a pamphlet which incorrectly states the Horse was cut to celebrate a nearby victory over the Vikings by the Saxons in 871. Wise writes of the Dragon Hill ‘Between the Ickleton Way and White-Horse Hill, under the horse, stands a large barrow, which the common people living hereabouts call “Dragon Hill”; and they have a tradition “that here St George killed the dragon”. The horse too is brought into the legend, as belonging to the Saint, who is usually pictured on horseback. They shew besides a bare place on top of it, which is a plain of about fifty or sixty yards over where the turf, I don’t know by what means, can gain no footing; which they imagine proceeds “from venomous bloud that issued from the dragon’s wound”. The image of the horse in the Wise pamphlet looks nothing like the abstract figure overlooking the Vale of the White Horse. A similar view of the horse comes from the Oxfordshire Sheldon Tapestry. Dating from the 1590’s the tapestry will be in display in Blackwell Hall in the Summer of 2019. The horse should be on the other side of the hill, but some considerable artistic licence has been introduced to show the both the horse and the geographical layout of the land. 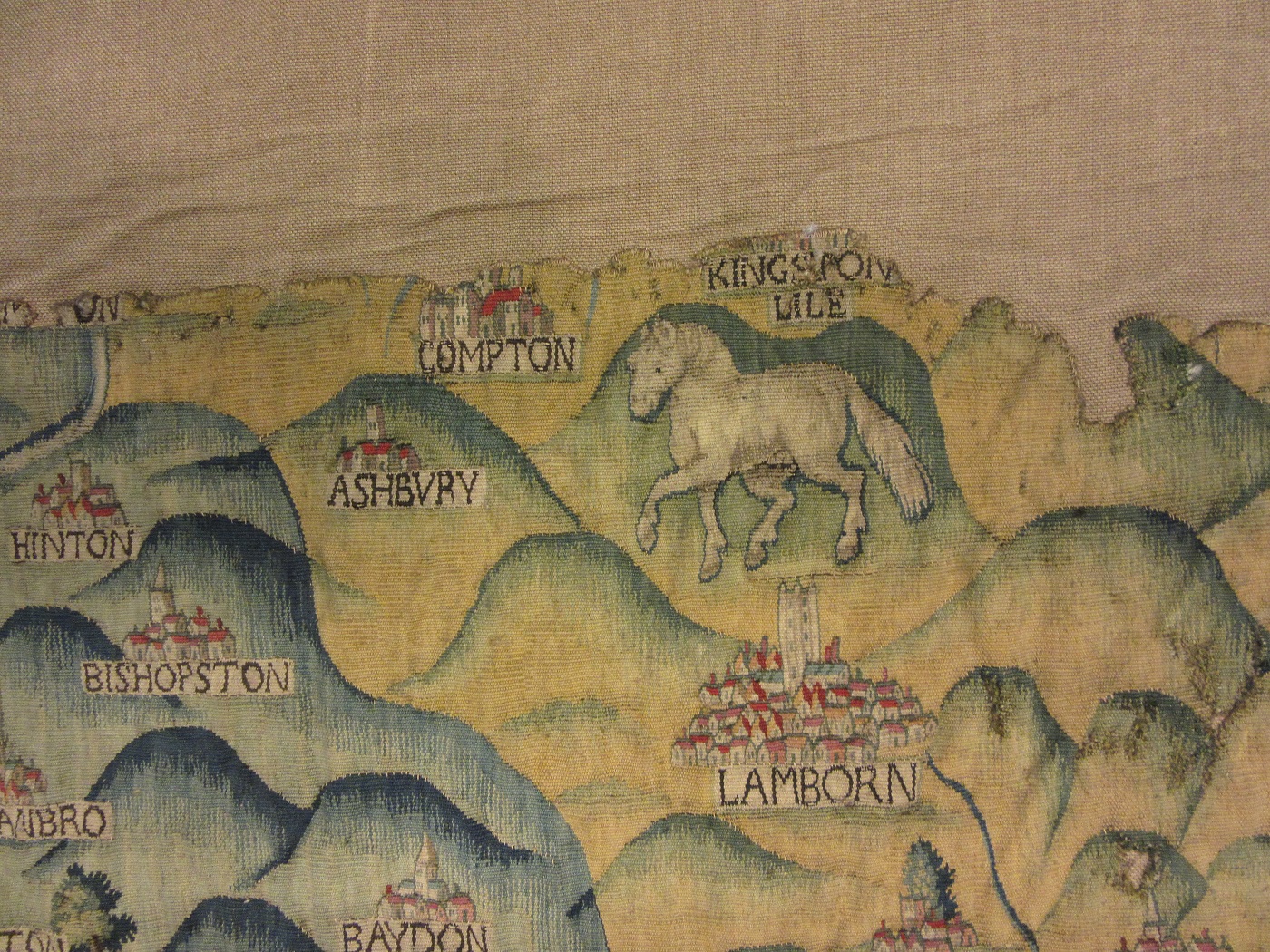 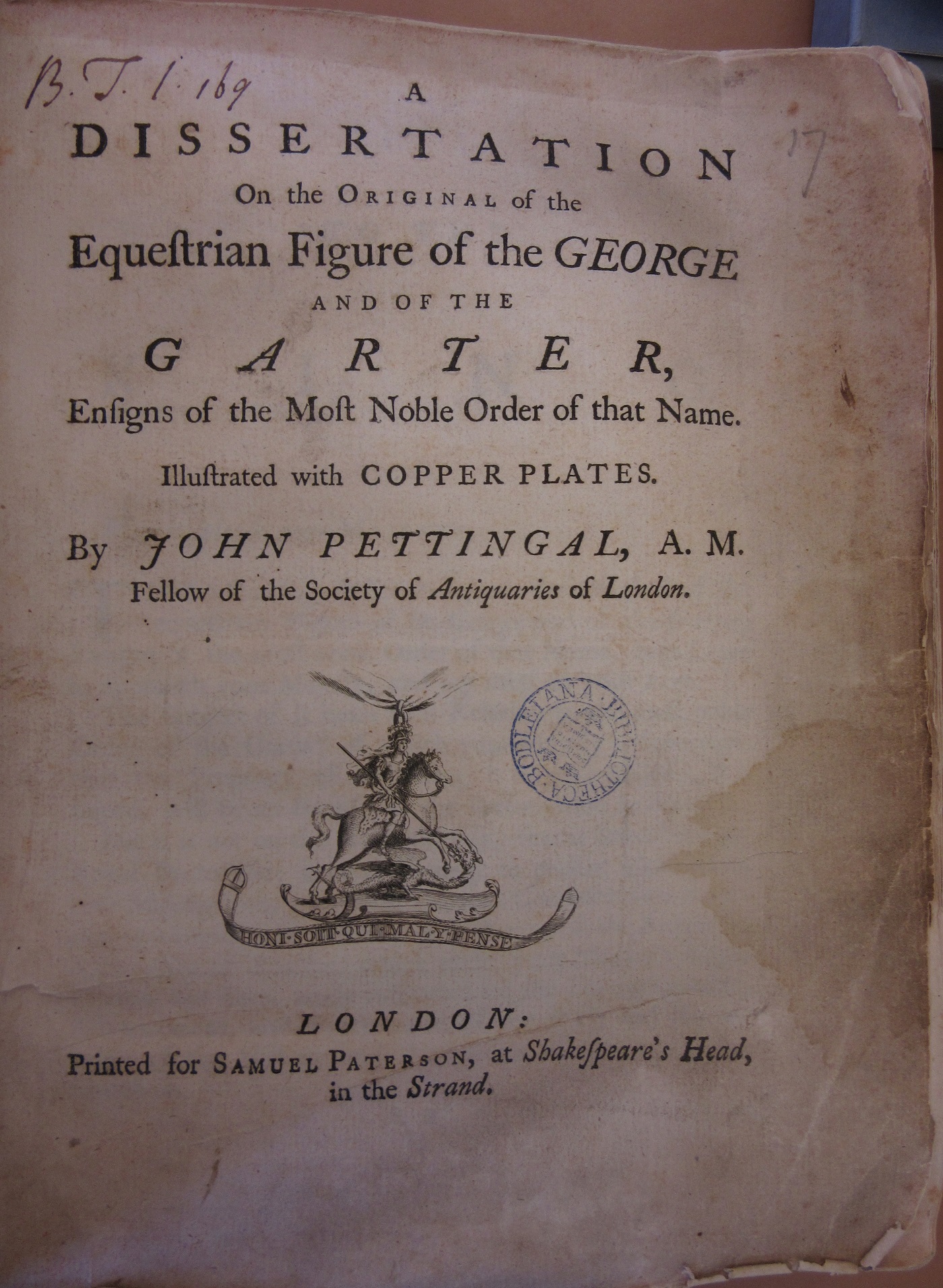 Another pamphlet from Gough Berks 3, explaining the origins of the Saint George figure. And to finish, extracts from The history of the life and martyrdom of St. George, the titular patron of England: with his conversion of Arabia by killing the dreadful Dragon, and delivering the Kings Daughter, a poem published in London in 1664, Wood 536 (4), with the title page from a History of Saint George…from the same volume. 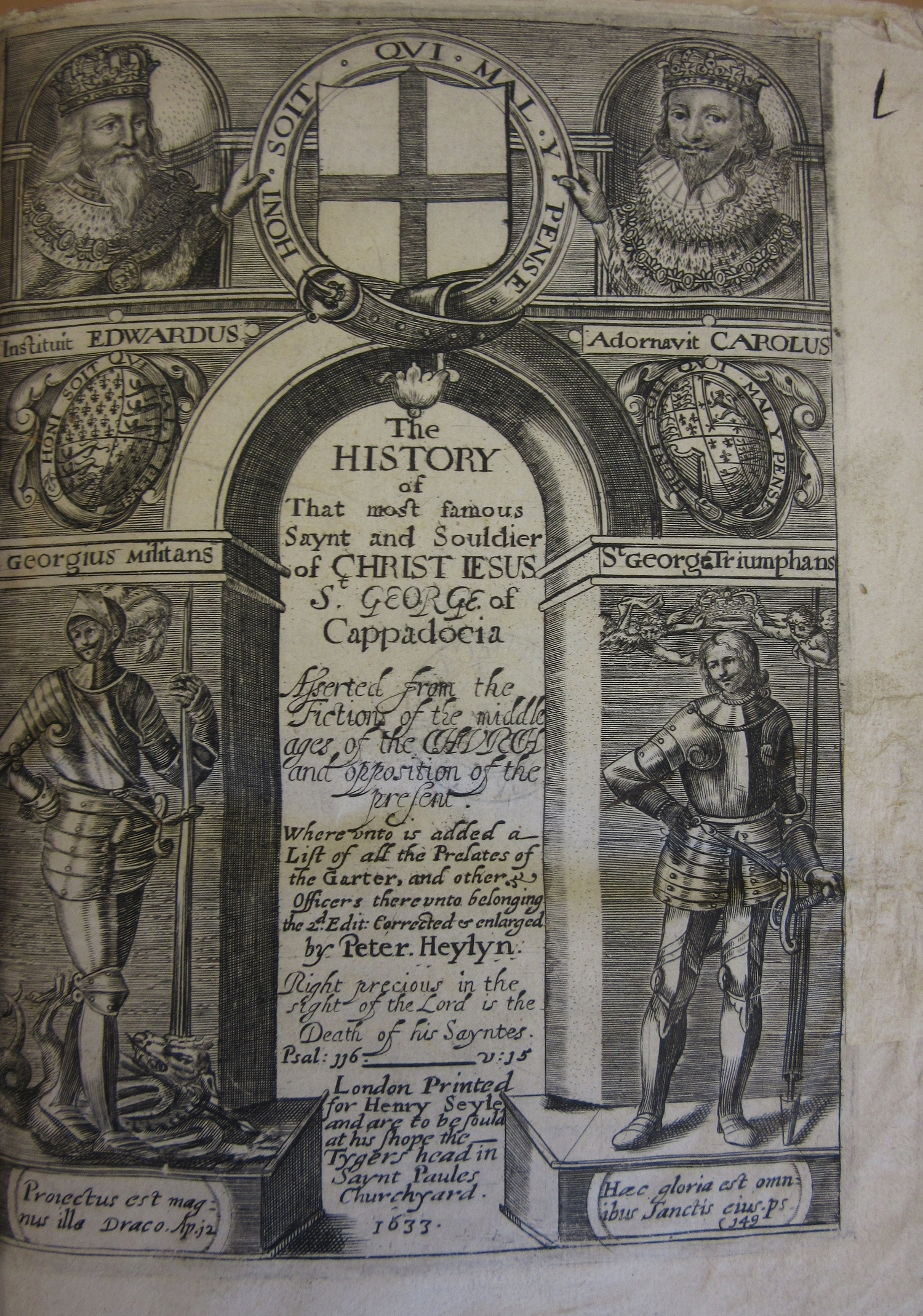 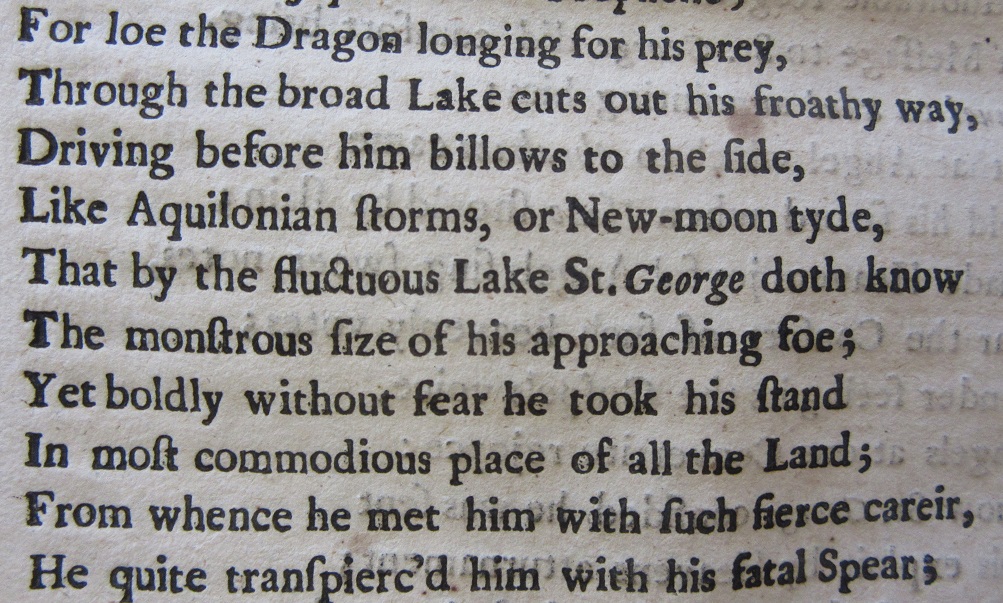 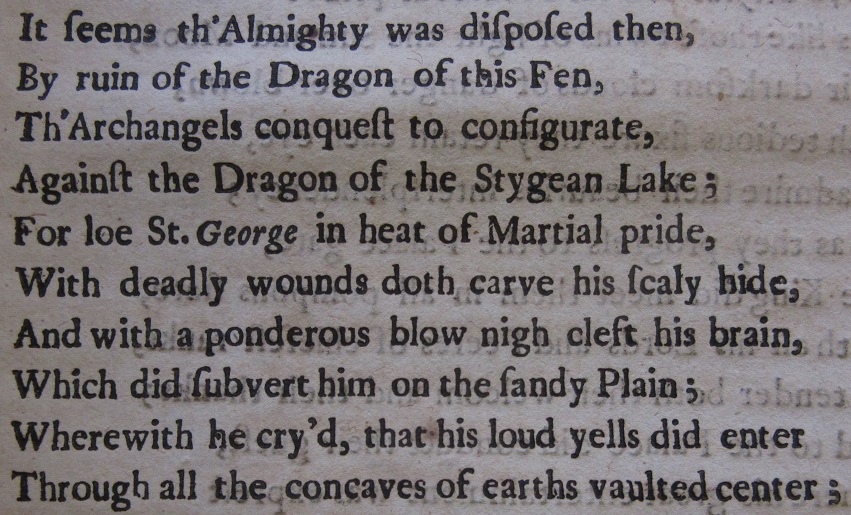