This map of the north west frontier of India reveals some fascinating political manoeuvres. Produced in 1889 and titled simply ‘Afghanistan’, it shows the boundaries between British India and Afghanistan. It was made during the period sometimes described as the Great Game, when the imperial ambitions of Russia and Great Britain were fought out in the border regions of Afghanistan. 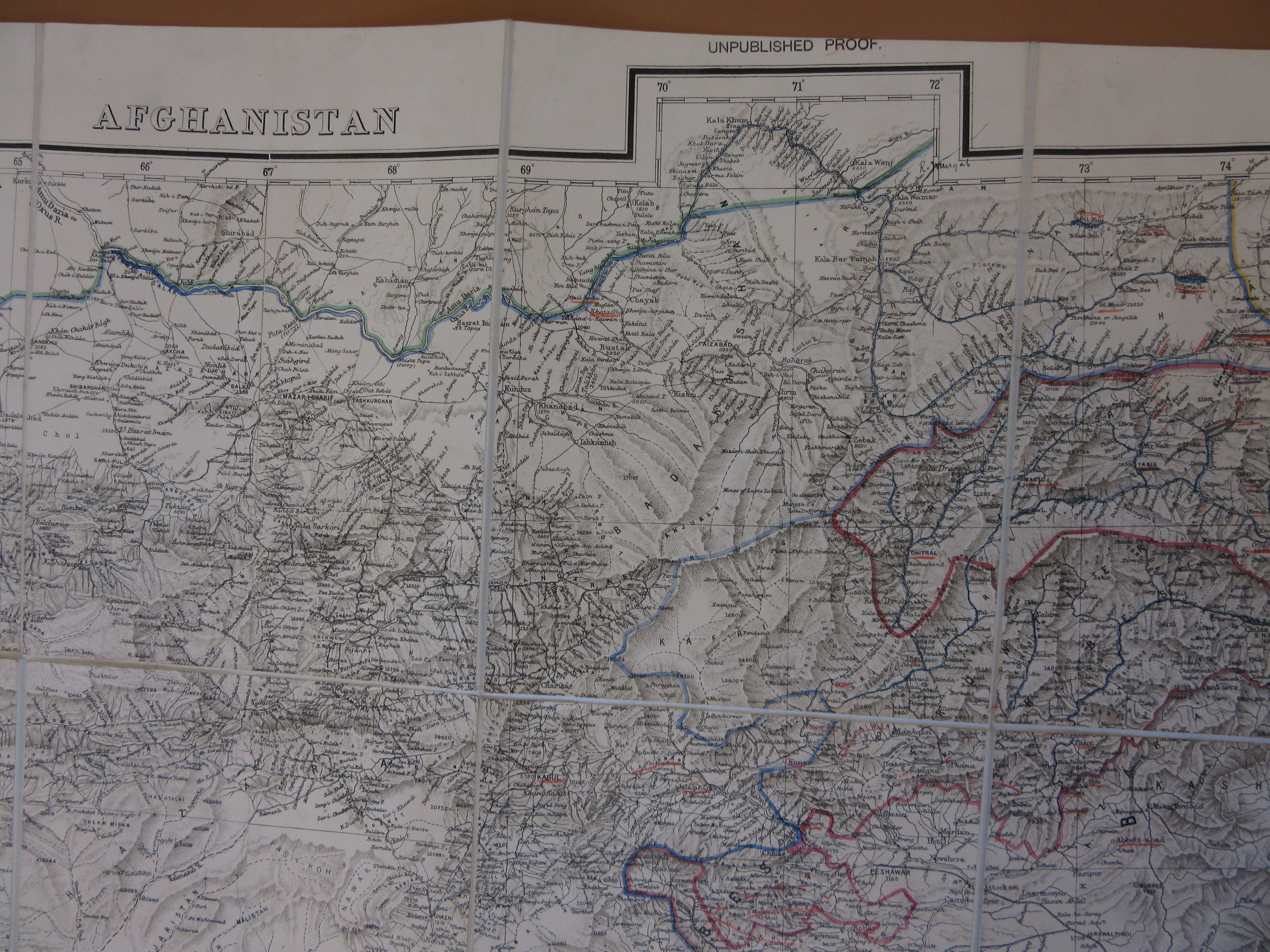 The map is accompanied by a letter, dated 1890, from W.J. Cuningham of the Foreign Office in Simla, which makes clear that the map was intended to publicise the British view of the boundaries, but unofficially and in a rather underhand way.
The letter begins by explaining that a new official map of Afghanistan is to be produced, which shows the established boundaries, ‘… to the publication of which exception cannot be taken by other countries.’
The accompanying map – ‘unofficially prepared, for confidential use’ shows the actual situation on the ground, and the territories controlled by Afghanistan, Russia and British India. The map is a Survey of India unpublished proof, and boundaries, some of them complex, are marked by hand in colour. 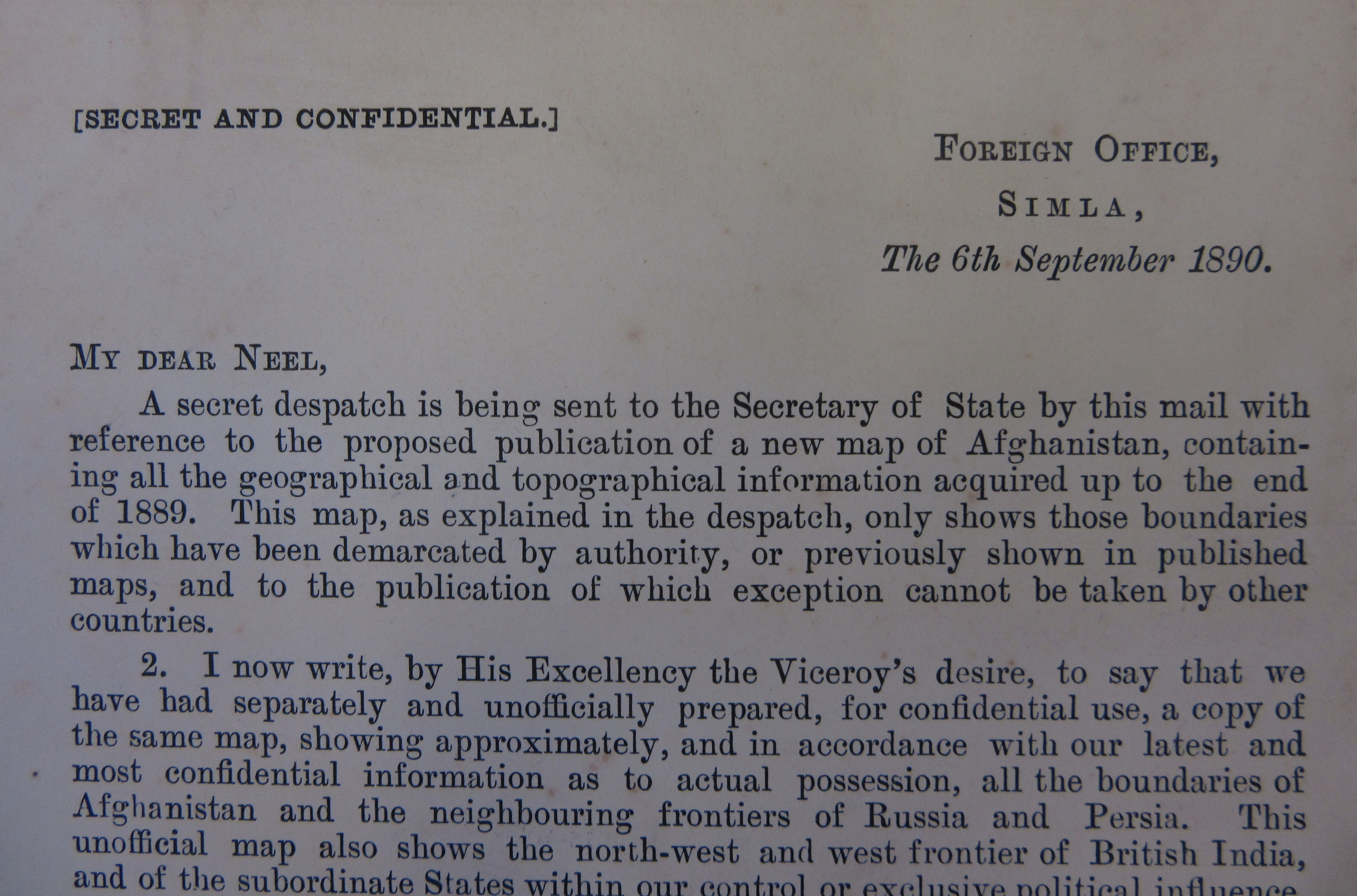 The third part of the letter is most interesting. Having explained the need for an uncontroversial ‘official’ map, and a more controversial, secret, unofficial one, there follows the clear instruction to give an unofficial briefing to commercial cartographers. They should be given access to this unofficial map, as ‘it may be advisable to communicate to them the approximate boundaries, which … we should prefer to have marked in their maps.’ Commercial publishers were to be encouraged to produce maps showing the situation on the ground; in particular, they were ‘to indicate, as certainly not within Afghanistan, the belt of frontier tribes which intervenes between India and Afghanistan.’ 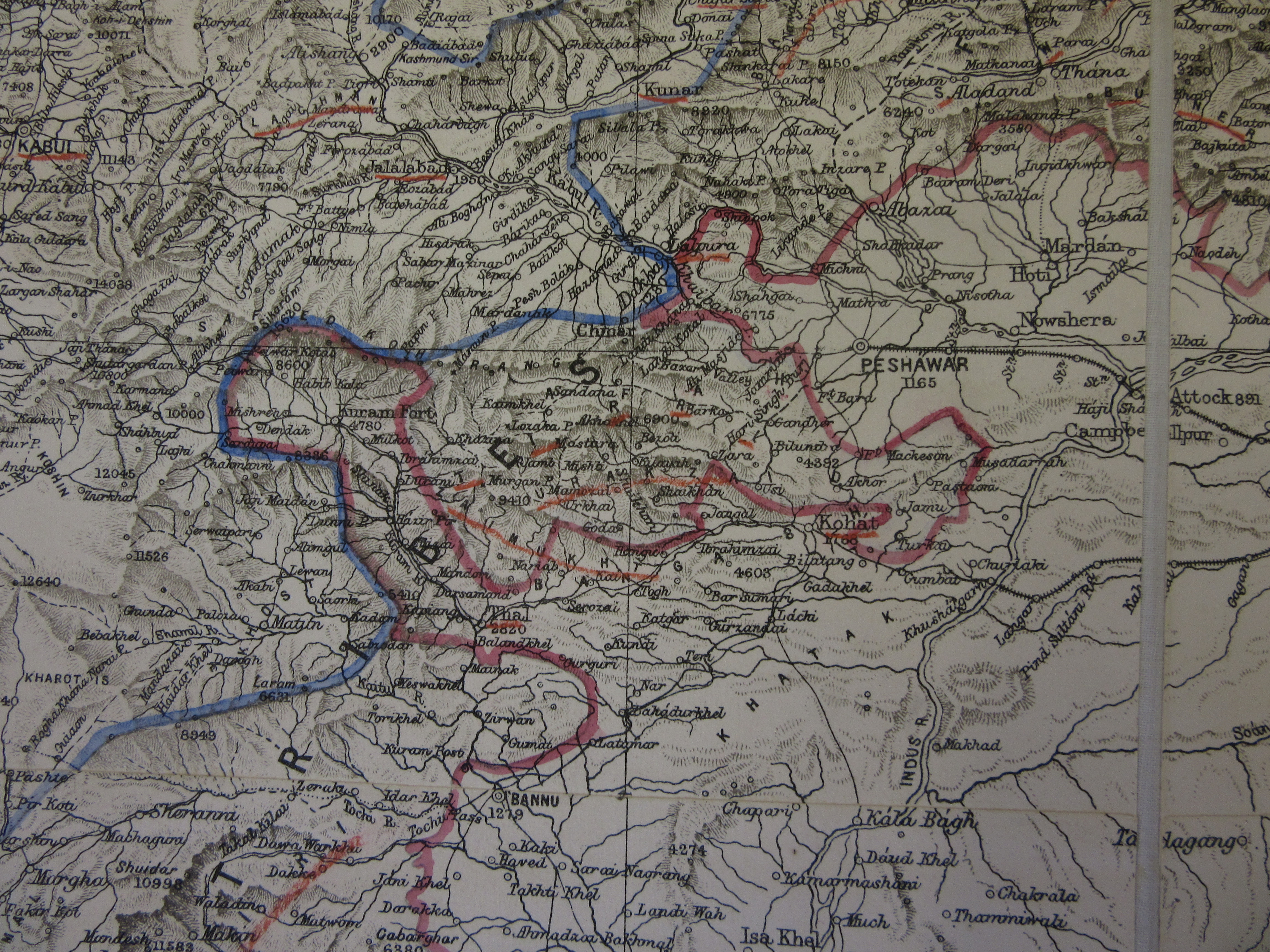 The situation the map shows is a complex and confusing one. There is no key, but Afghanistan is outlined in blue, India in red and Russian territory in green. Between the red and blue lines there are territories enclosed by neither and marked ‘Frontier tribes’ – the Survey’s finely hachured relief making clear that the area is mountainous and inaccessible. The border between Afghanisatan and Pakistan now runs through the region; it was divided by the Durand Line in 1896 and is still disputed today.

One thought on “The Great Game”