From plotting troop deployment to setting out enemy positions to showing the ground conditions for tank movement maps have proved vital in the planning and carrying out of military operations in time of war.

The Bodleian’s holdings before the Boer war tend to be of mapping published after the event, mainly to illustrate books, such as this plan of the battle of Austerlitz printed in 1805. 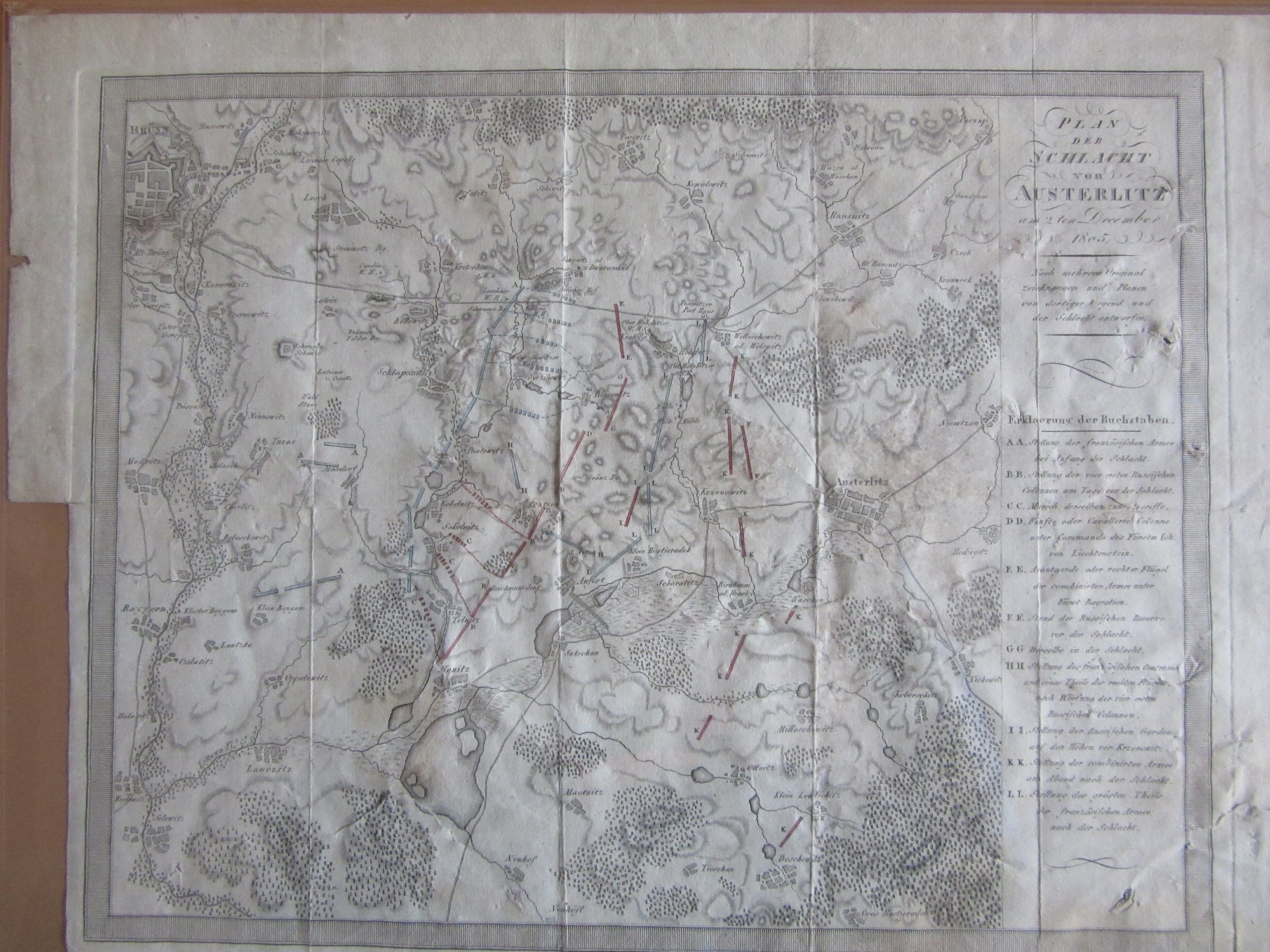 Another example is this sheet from a three map set showing the course of the three-day battle of Gettysburg printed not long after the decisive battle of the American Civil War in 1876. 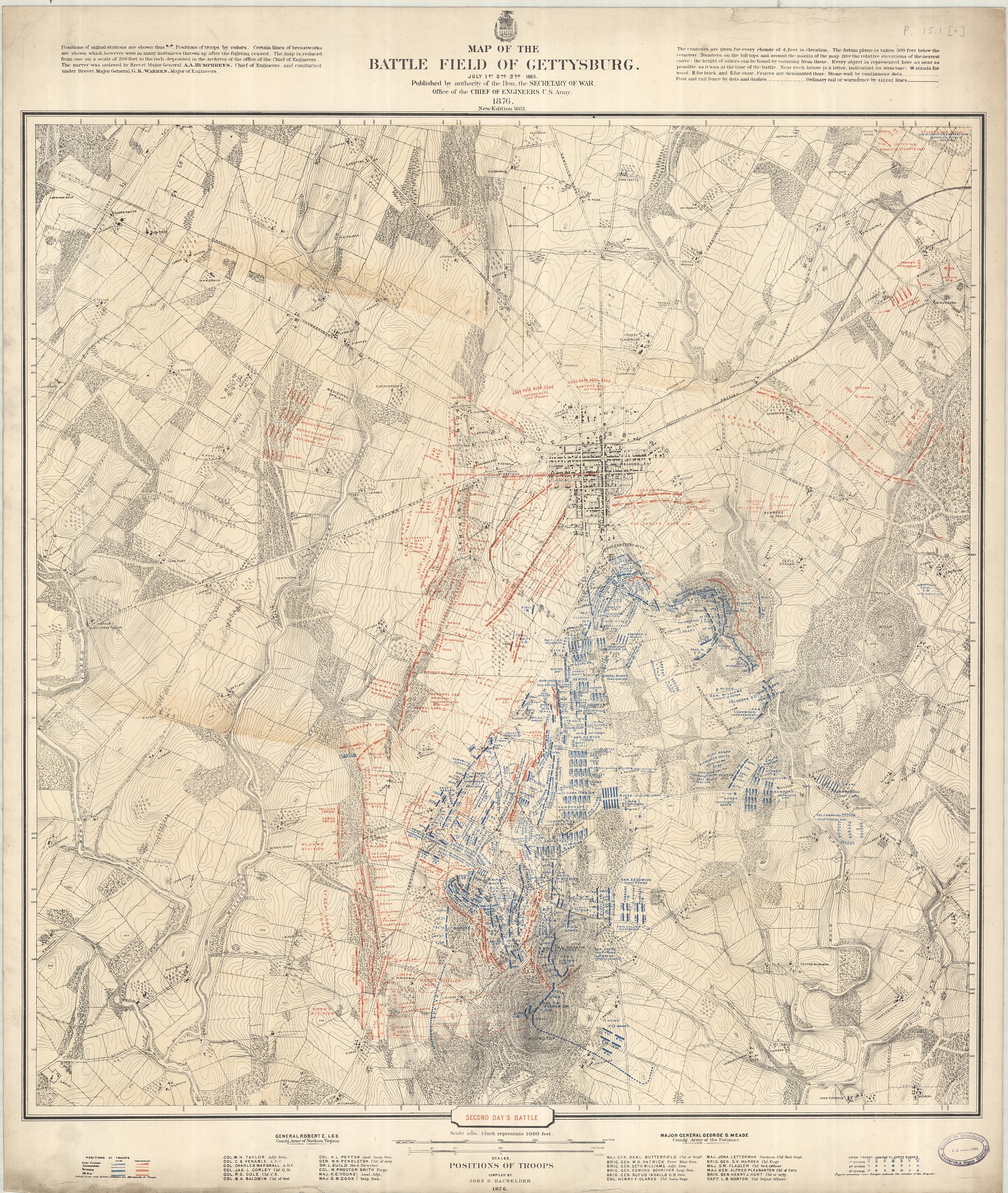 The wars in South Africa saw an increase in maps produced during the conflicts. This manuscript map of Ladysmith made before the siege in 1899 is just one example of a number of manuscript and printed maps held in the Bodleian for the Boer and Zulu wars. The map mentions how it was sketched with the aid of a prismatic compass. Ladysmith was the headquarters of the British Forces in Natal against the Boer Army during the Second Boer War. 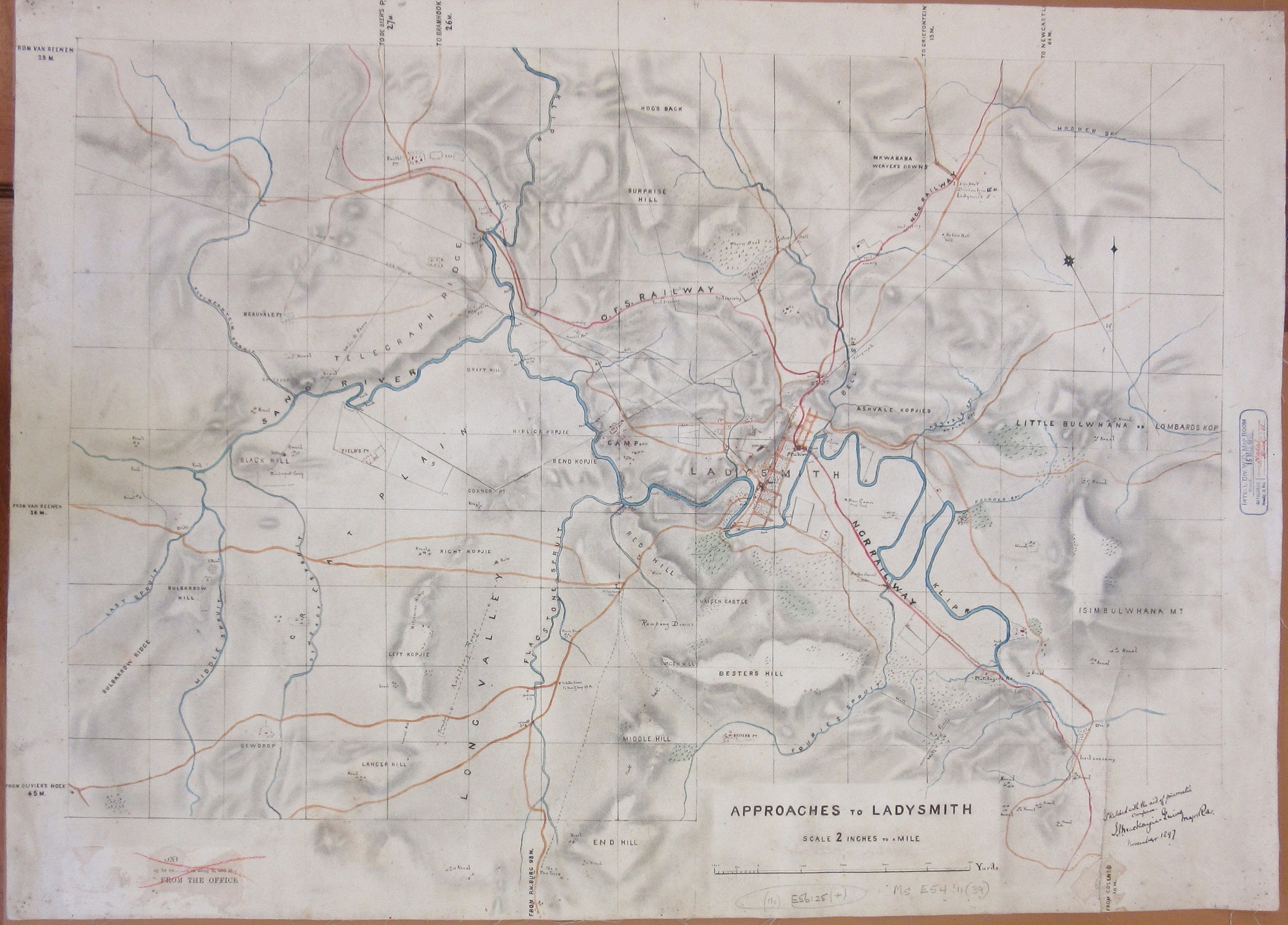 The huge technical demands and the importance put on accurate artillery forced a huge improvement in the production of maps by both sides in the First World War and maps in their millions were produced, often in the later stages of the conflict in mobile printing workshops in the field. As well as the more famous trench maps early tank maps were produced as well as artillery barrage mapping and maps of no-mans land.

But it was with the Second World War and the global aspect of the threat of invasion by land and sea that military mapping went to levels not seen before. Goings maps, which showed ground conditions for the movement of tanks, enemy defensive positions, not so much from an artillery point of view but more so for troop invasions, and general intelligence maps, showing ground conditions, enemy positions and strengths. Take this enemy defences map of the area around Equeurdreville, on the western outskirts of Cherbourg. All the blue symbols mark enemy defences and artillery, the location of which had been gathered from aerial photography and observations from the Resistance or off-shore reconnaissance.

Maps such as this were crucial to the planning and carrying out of the D-Day invasion in June 1944 and the importance of these maps can be seen by the level of security marked on them, including…

Going maps show the different levels of terrain and ease of use of that terrain for tank movement. These maps are often highly coloured and very detailed, included here are allied examples from Holland (with legend) 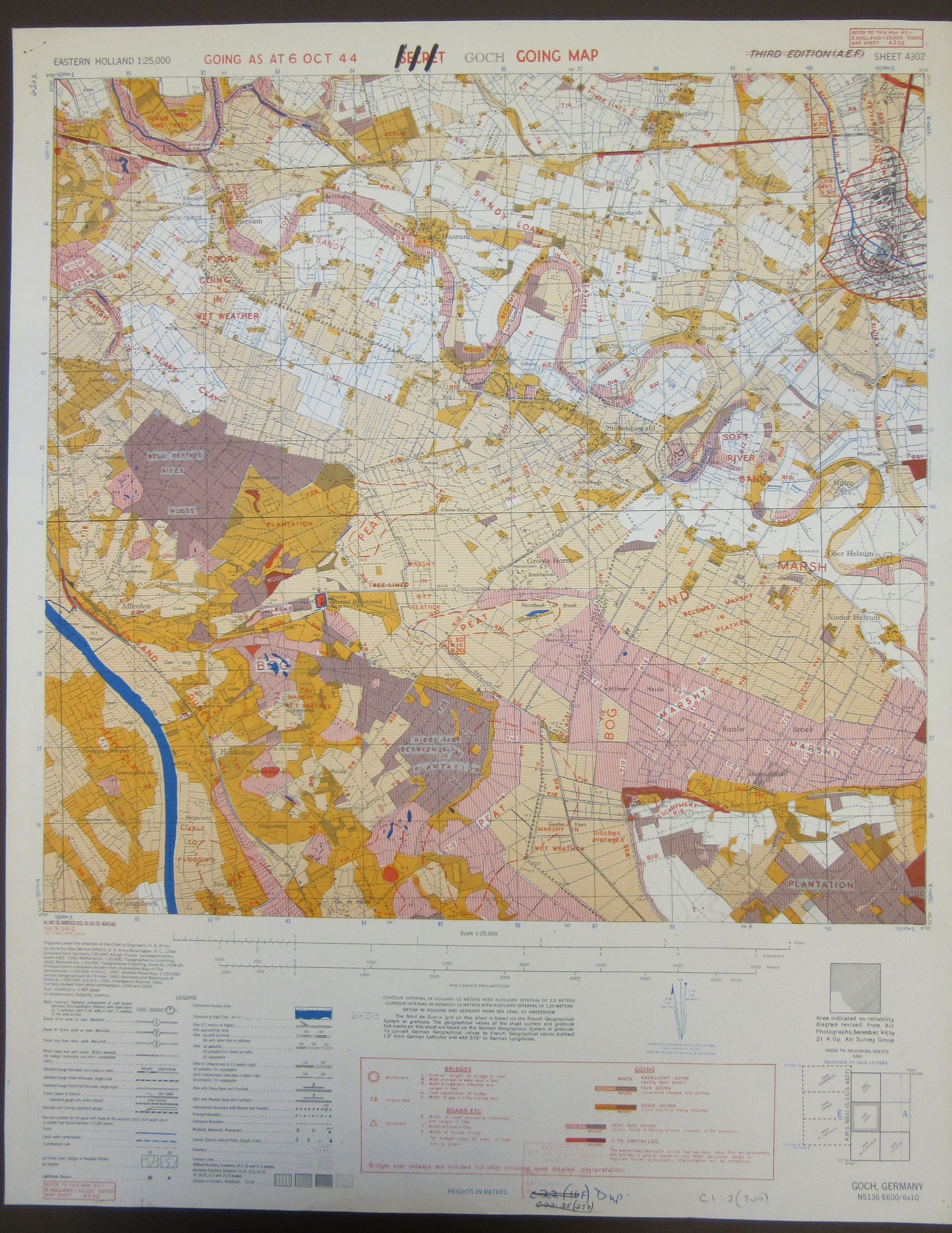 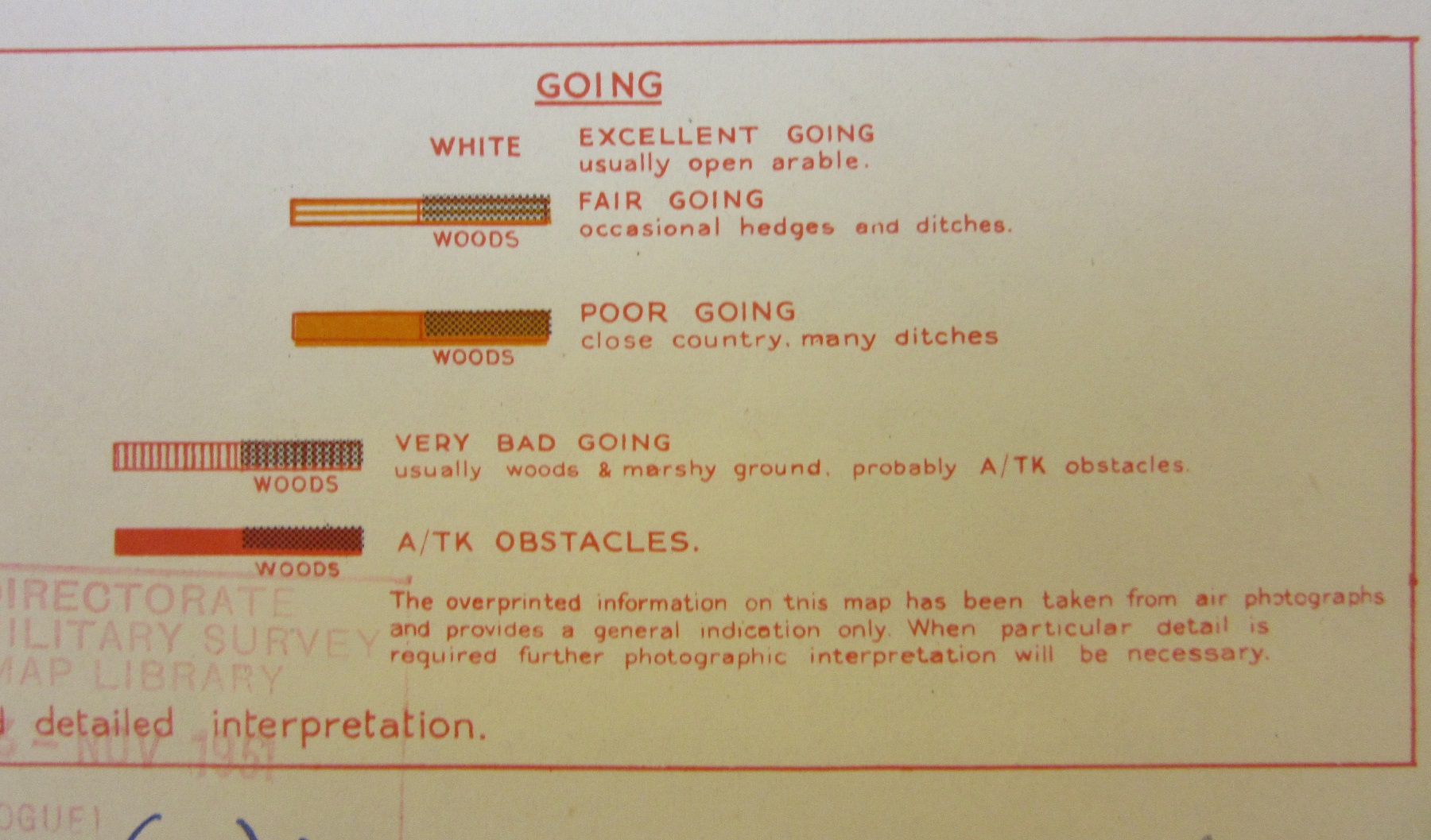 and an example from Italy, without the range of colour but with more description . Interesting to note the lack of information on part of the map and the way the roads have been highlighted 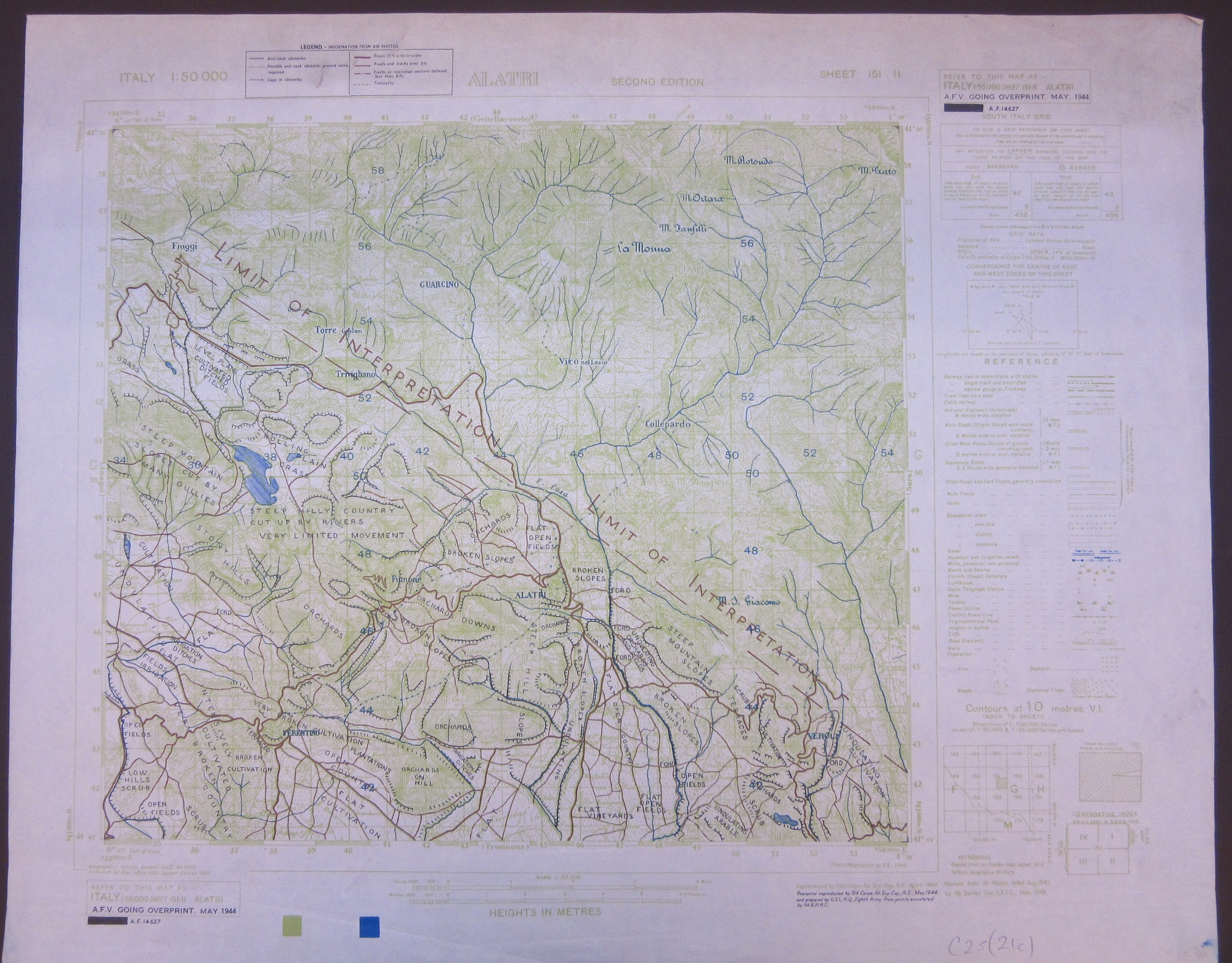 This use of mapping wasn’t just restricted to the Allied forces. The Japanese General Staff (Rikugun Sanbō Honbu) produced intelligence report maps of Papua New Guinea during what the allies called the New Guinea campaign, this example shows the island of New Ireland 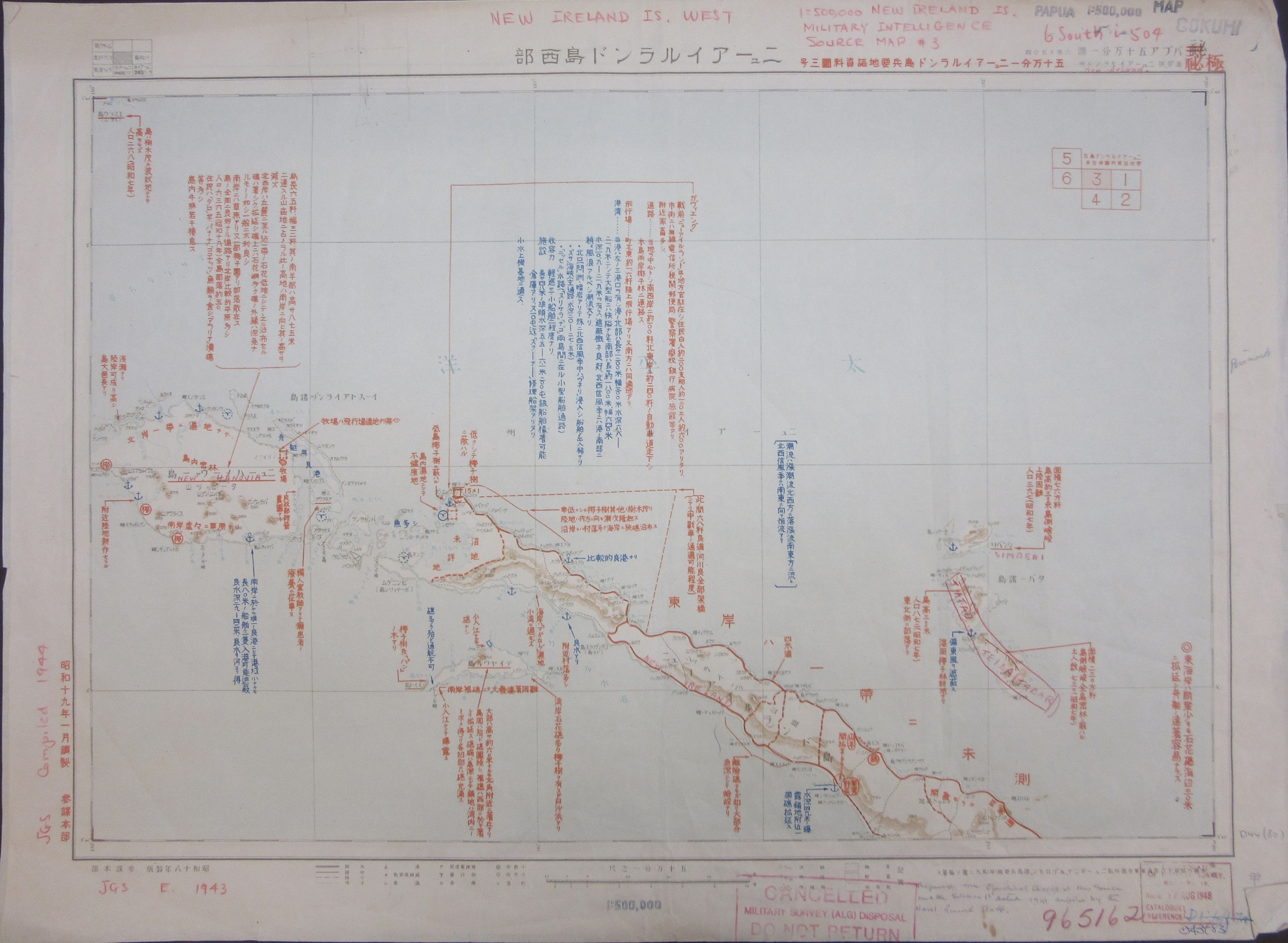 with an extract of the northern tip of the island 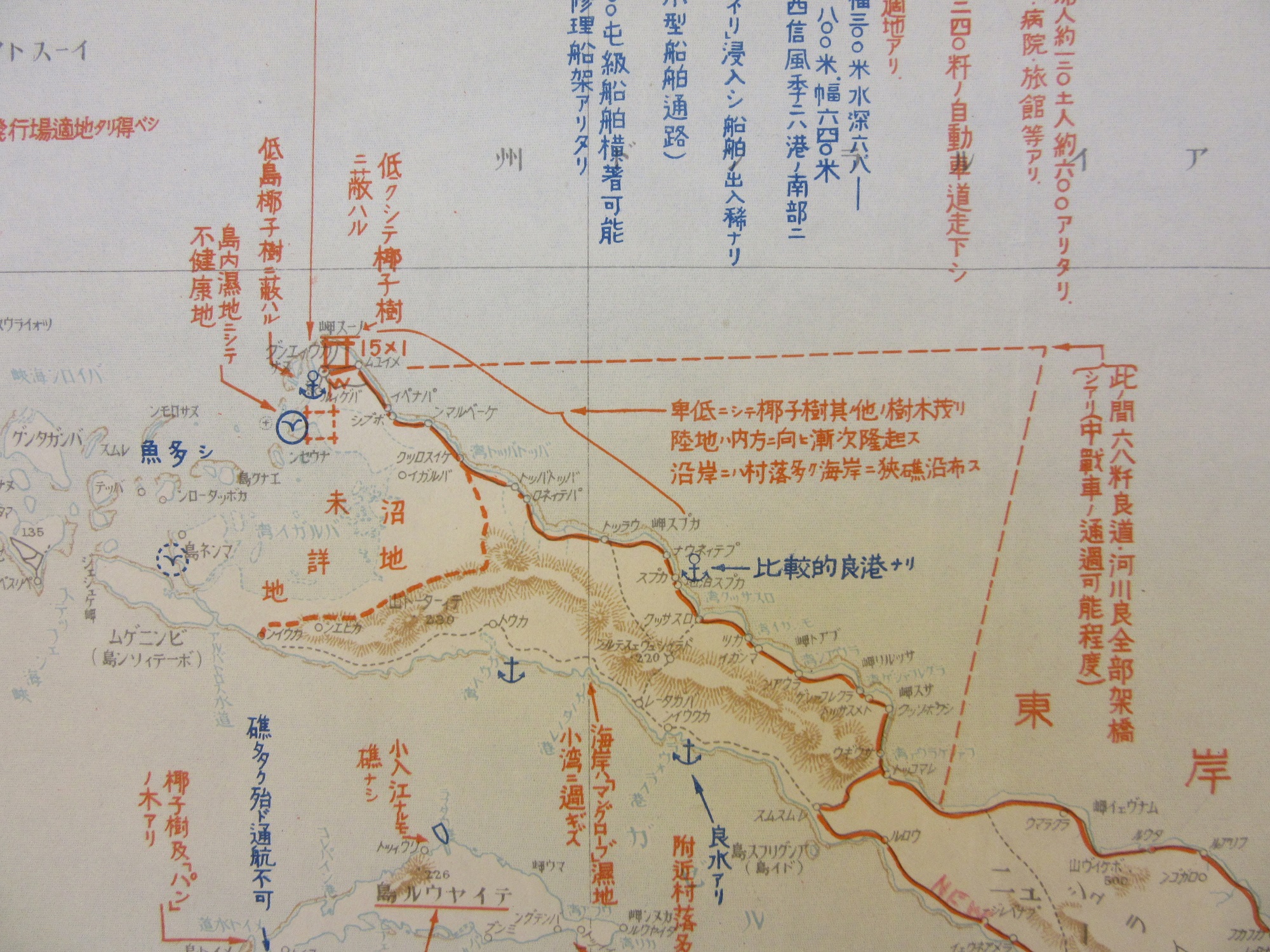 While these maps come from a 1:100,000 series of Poland done by the German Army, with information on terrain and geology overlaid onto a topographic map, first the complete map and then an extract of the south of Warsaw 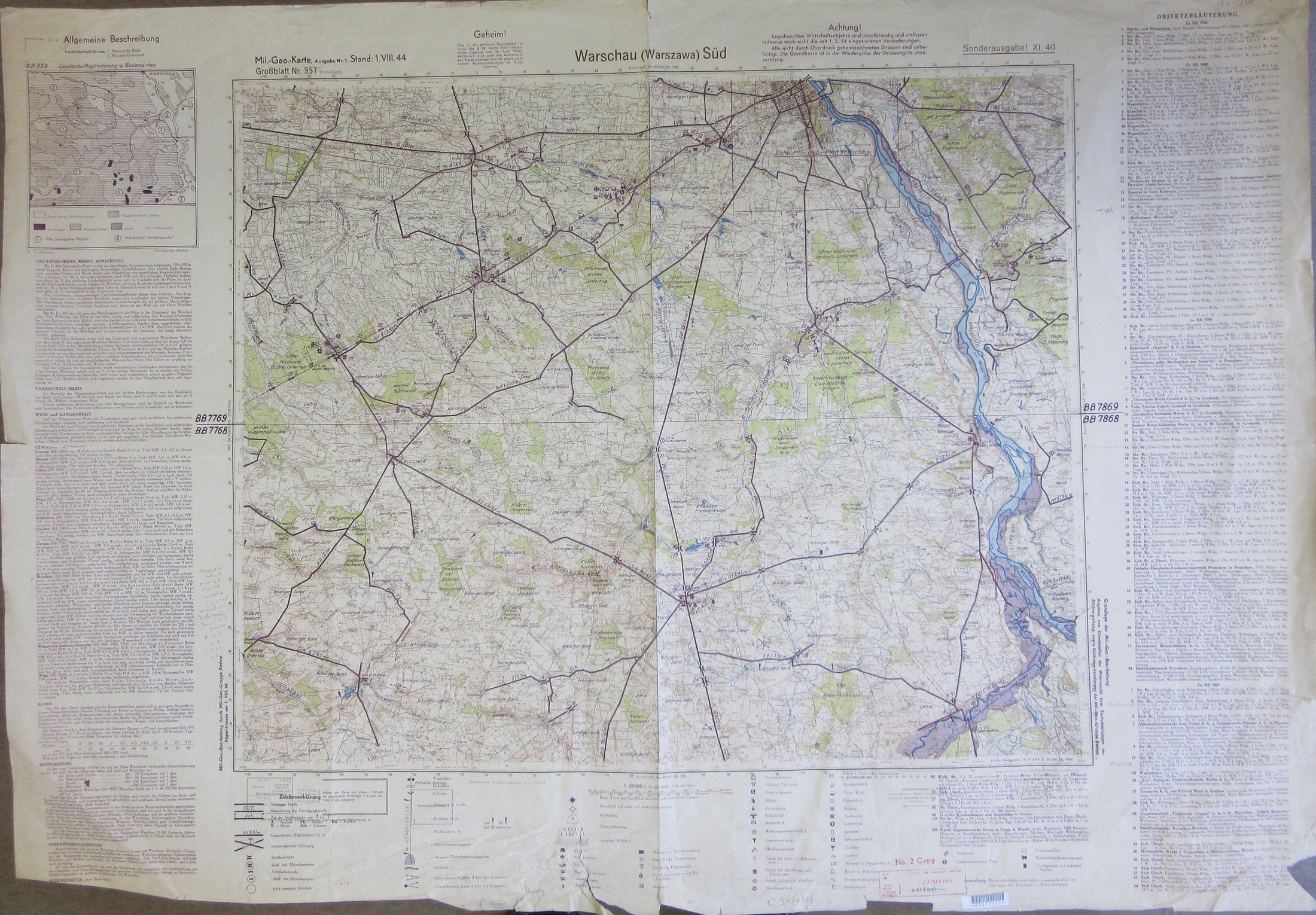 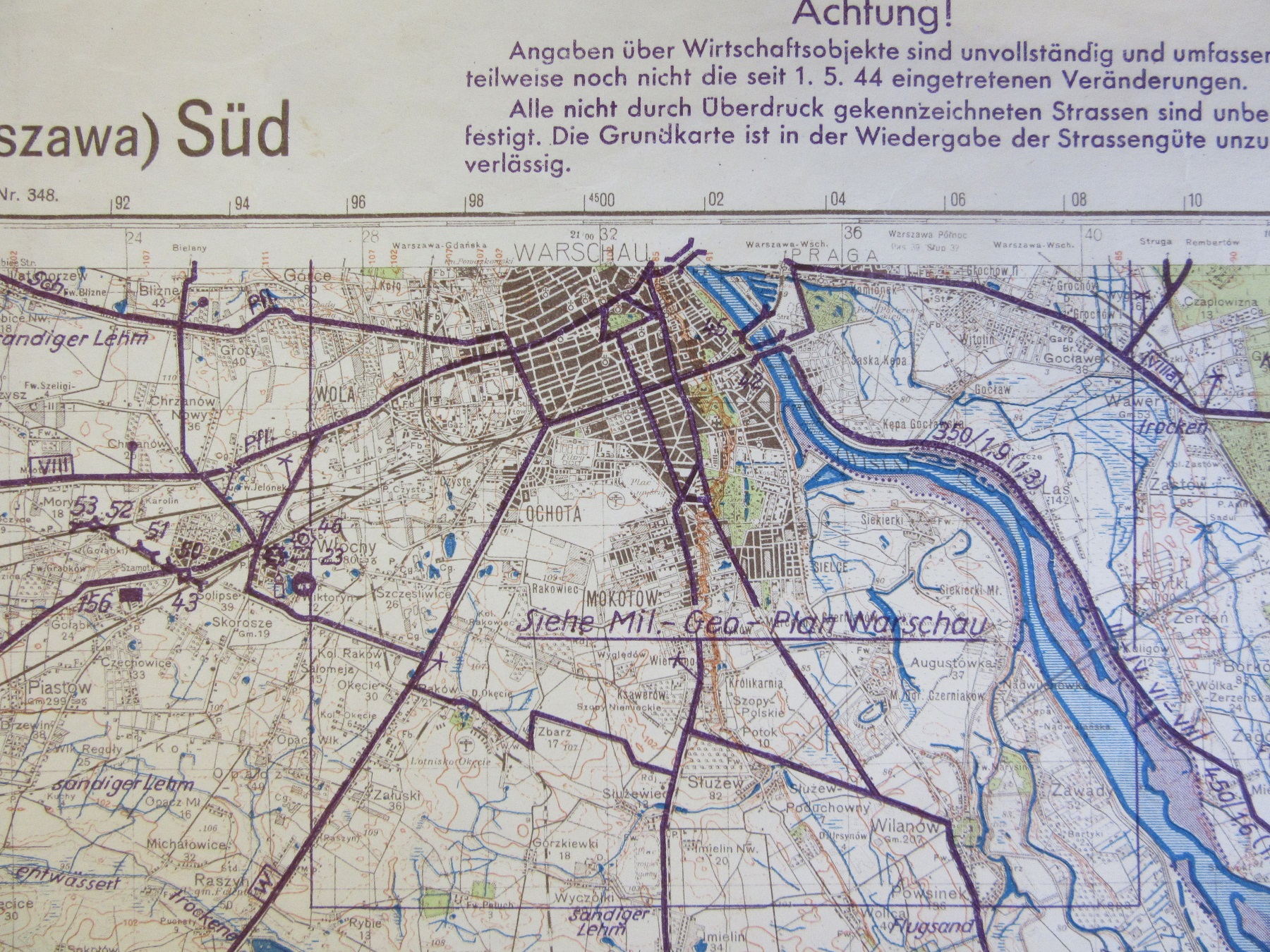 with an extract from a another sheet in the series of the area around Kielce showing going information (sandiger lehm = sandy clay, lichter kiefernhochwald gut gangbar = light pine forest well passable). 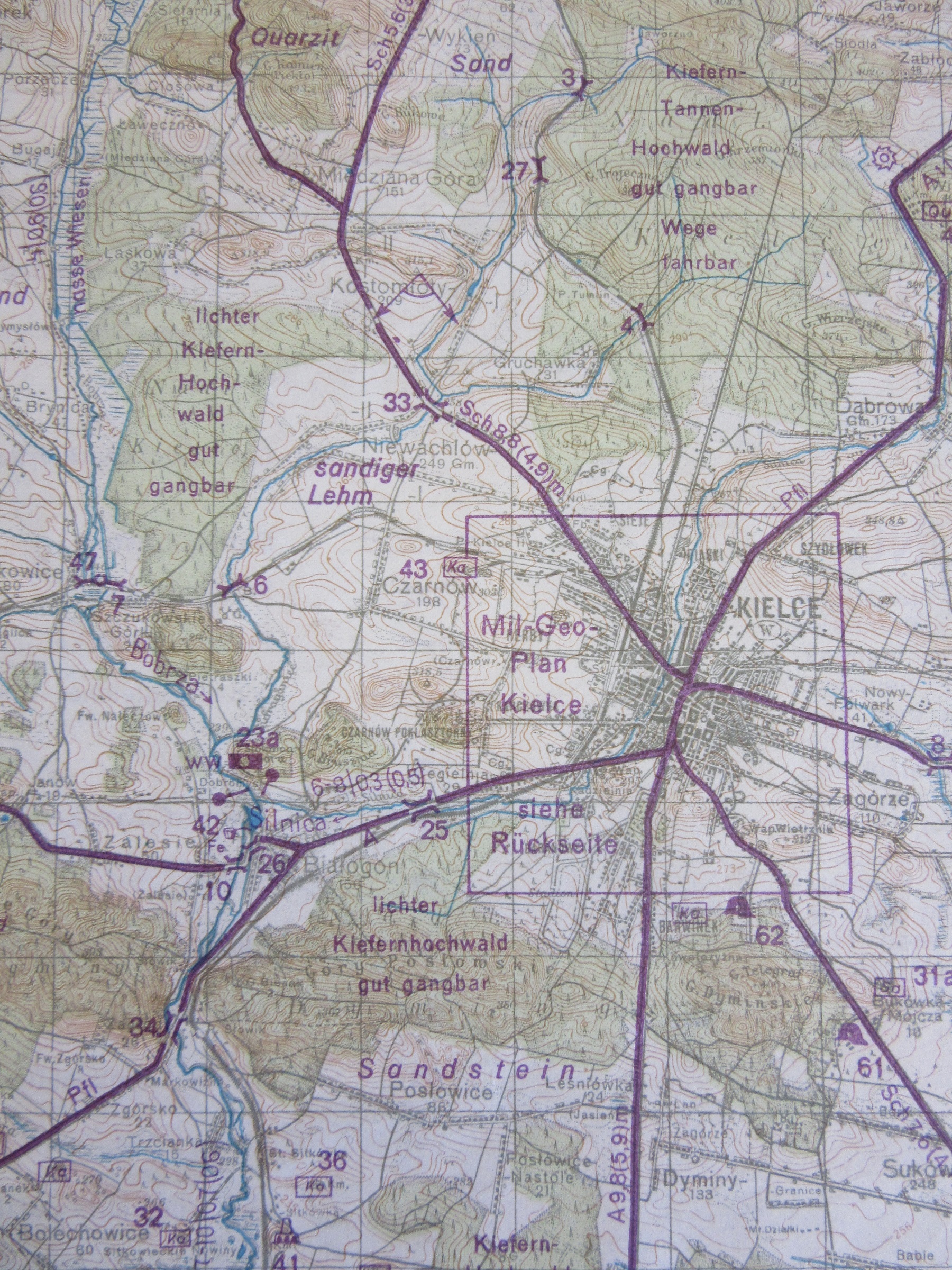 One thought on “Going, invasion and defence maps”