Projections are used to show a spherical object, the Earth, on a flat piece of paper. There are many different projections and quite a few throw the Earth into strange and unusual shapes, such as the example shown here. This map of the World uses a projection designed to show the whole of the World while keeping the spherical shape of the Globe intact. Doing so leads to a bizarre World-view though, with meridian lines radiating out from the North Pole but still allowing for a fair representation of the South Pole by curving the lines of latitude and longitude. 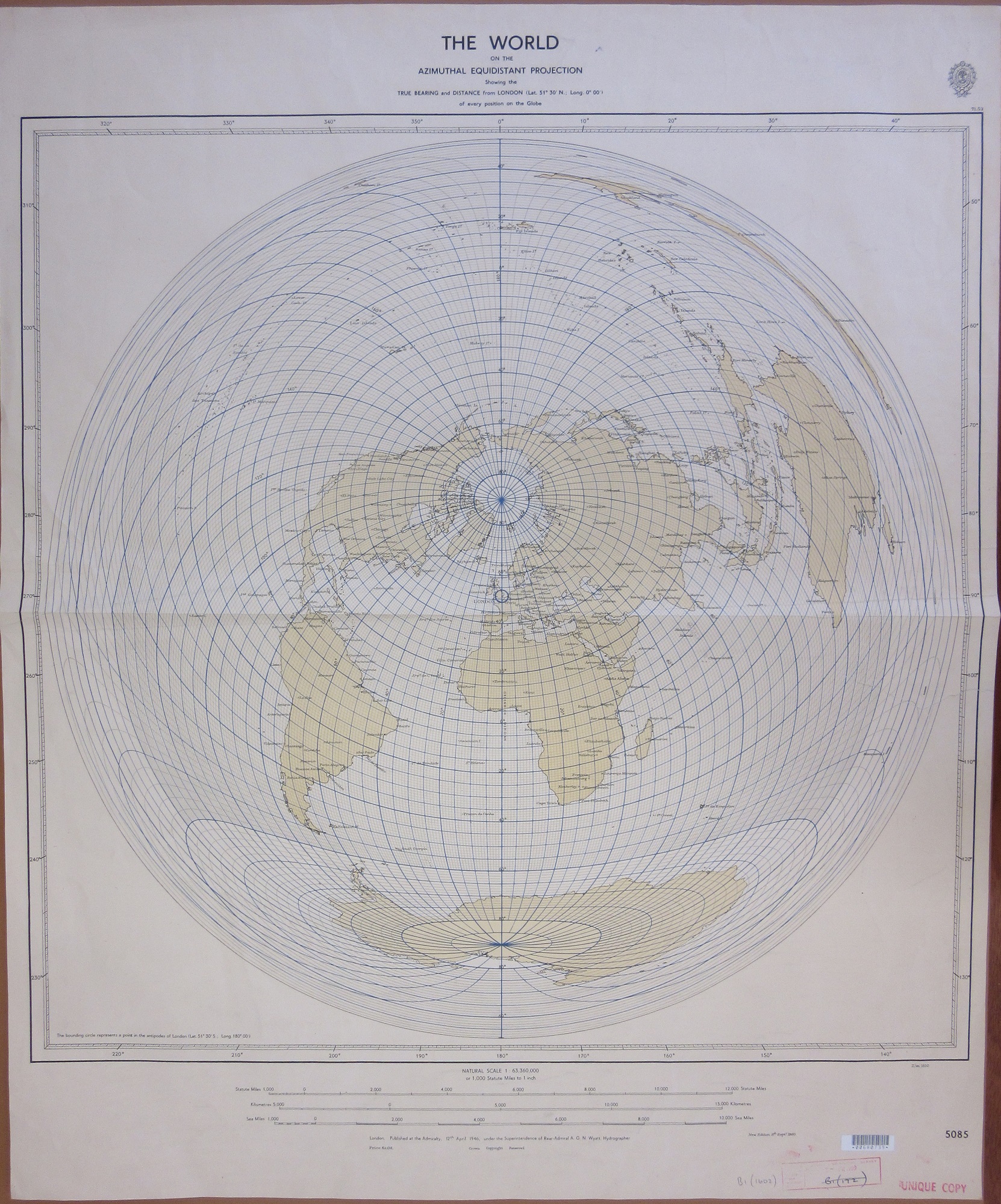 The benefits of the Azimuthal Equidistant Projection is that true scale can be measured between two points, and maps with this projection usually centre on a particular place, in this case London. Most of the World is accurately portrayed, and it is only the countries of Australasia, and in particular New Zealand that suffer as the lines of longitude increasingly bow out as they get further away from London. 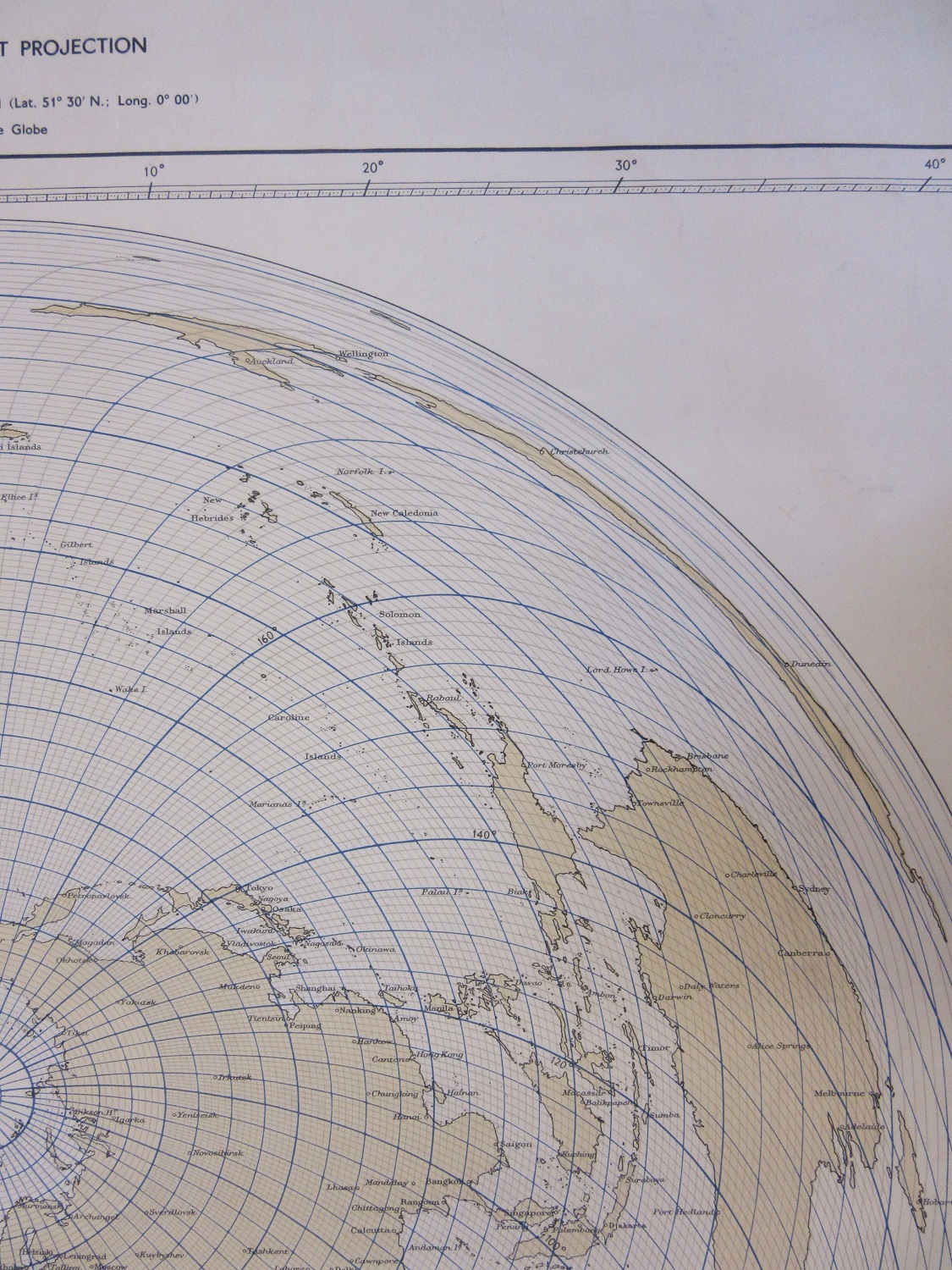 It’s probably best not to stare too long at this map.

The World on the Azimuthal Equidistant Projection showing the true bearing and distance from London… Admiralty, 1950. B1 (1602)