Maps and other items from the Bodleian to mark the anniversary of the signing of the Armistice. 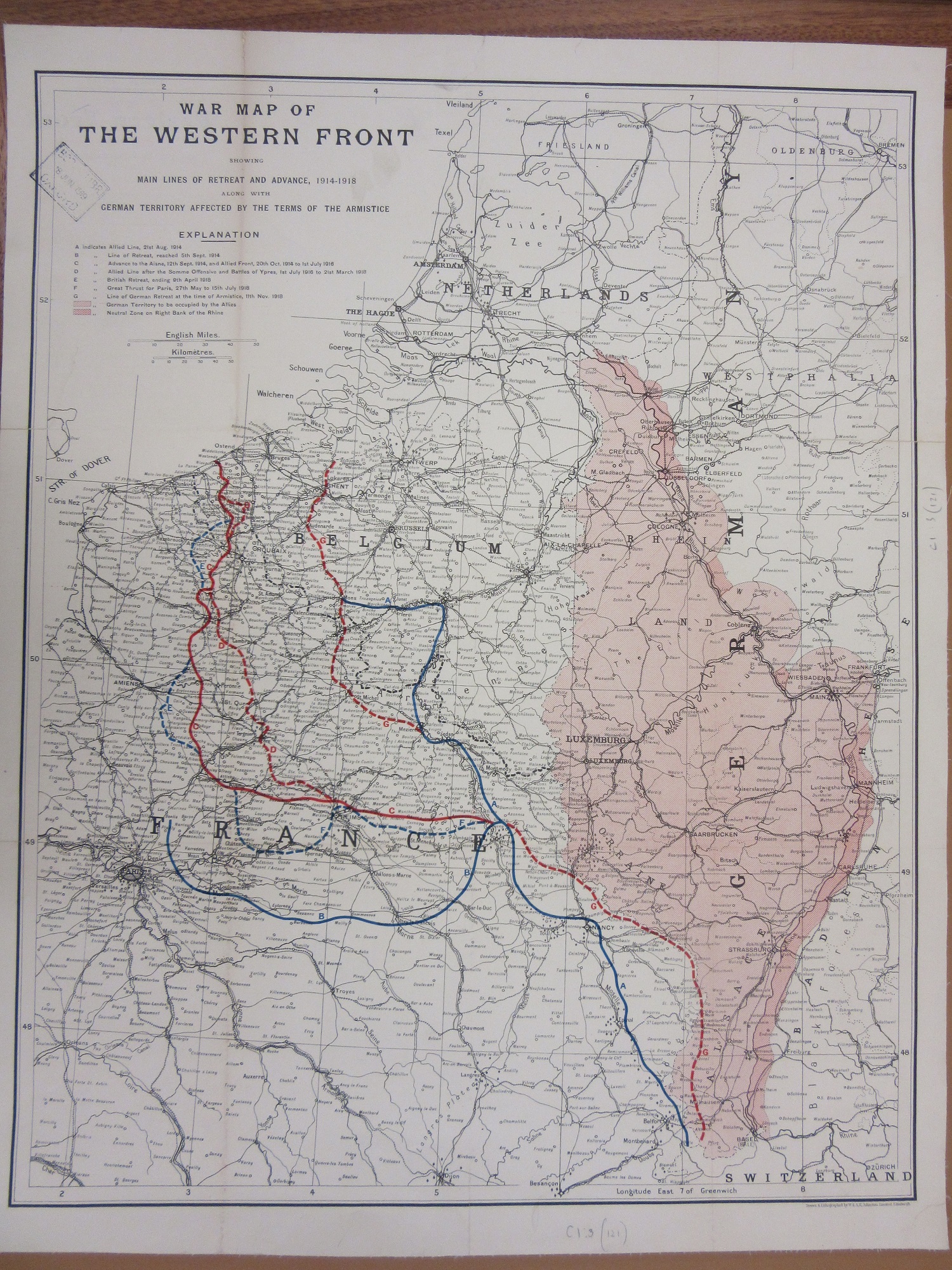 First a War map of the Western Front showing main lines of retreat and advance 1914-1918… (1919, C1:3 (121). The blue line running north is the front-line in August 1914, the broken red either side is the front-line at the signing of the Armistice four years later. Other lines show the front after key battles while the red shaded area is land to be occupied by Allied troops. 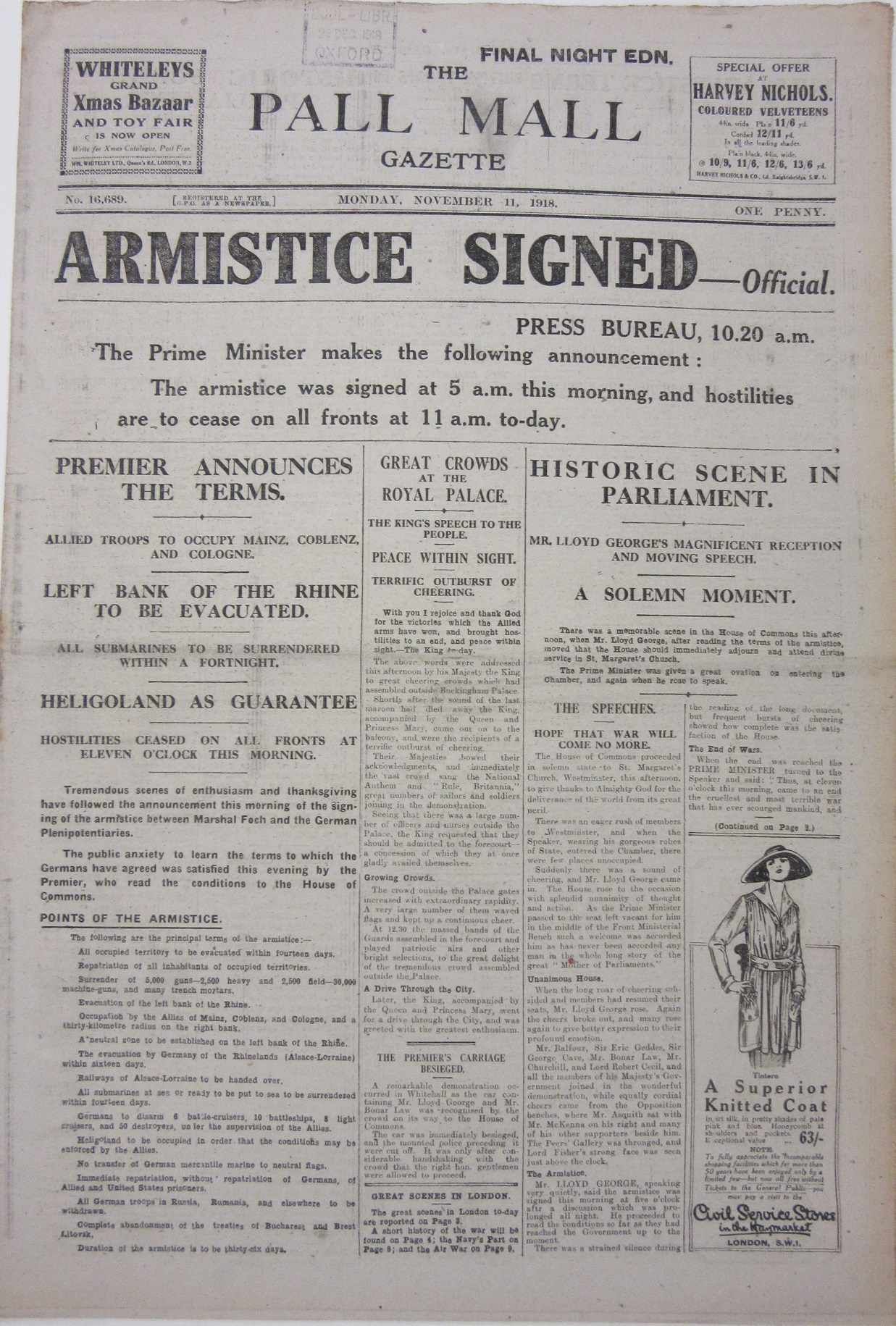 Throughout the War burial parties worked to deal with the dead, often burying in shallow graves with a simple cross. At the Armistice the Imperial War Graves Commission set out plans for uniform gravestones giving no distinction in class or rank and, controversially, not to repatriate any bodies. Rudyard Kipling provided text to go on the gravestones and in 1919 authored The Graves of the Fallen, 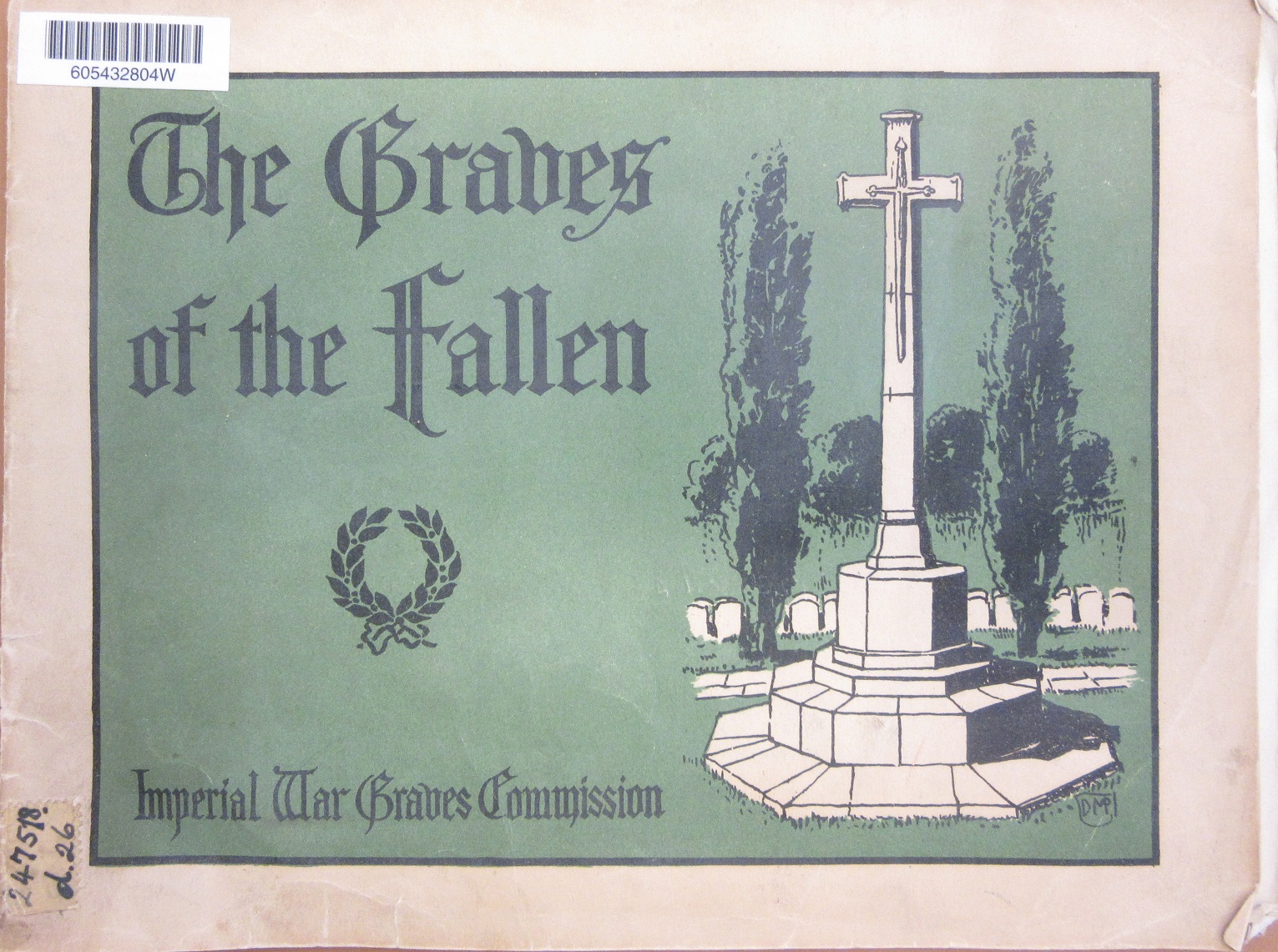 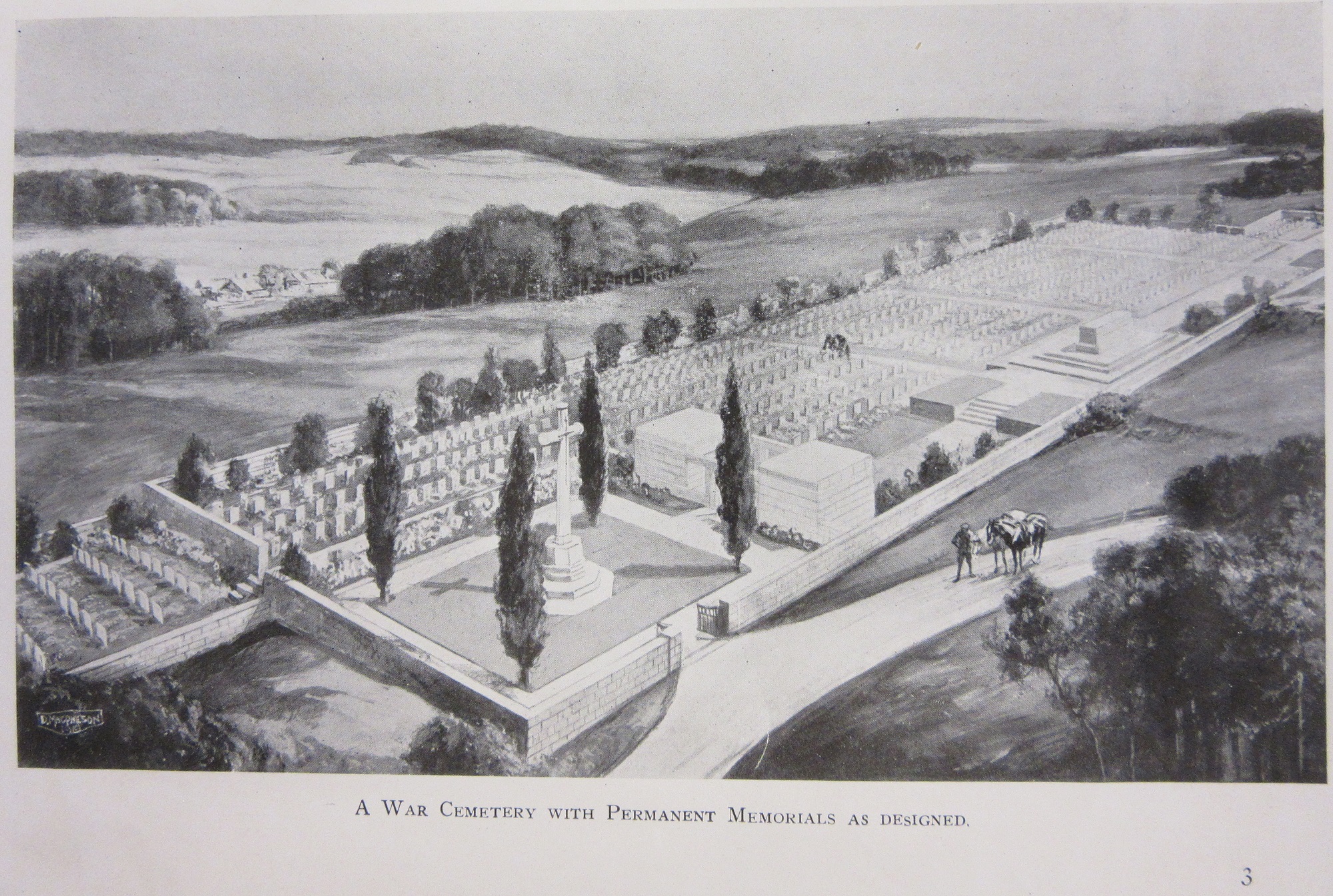 which gave an idealized view of the cemeteries with trees and plants, which was in contrast to the bomb-scarred landscape left over from 4 years of fighting.

This next item comes from the Bodleian’s Music Department. Ernest Bristow Farrar (1885-1918) was a promising young composer and organist who was educated at Leeds Grammar School and studied with Charles Stanford at the Royal College of Music before settling in the North, firstly in South Shields, moving to Harrogate in 1912 . He completed his Heroic Elegy in May 1918 whilst training at Raglan Barracks, Devonport as a 2nd Lieutenant with the 3rd Battalion Devonshire Regiment. The work bears the dedication ‘For Soliders’ and Farrar conducted its first performance whilst on leave in Harrogate on 3 July. He finally left for France on 6 September but, after only two days on duty at the front, was killed on 18 September leading his men at the Battle of Epéhy Ronssoy, just a few weeks before the Armistice brought hostilities to a close. The piece is a moving tribute to his fellow soldiers and incorporates bugle calls and strains of the 15th-Century Agincourt Song into the music. This is an extract from the manuscript of the work held in the Bodleian. Farrar is buried In Ronssoy Communal cemetery (grave B.27) about 15km north-west of Saint-Quentin. 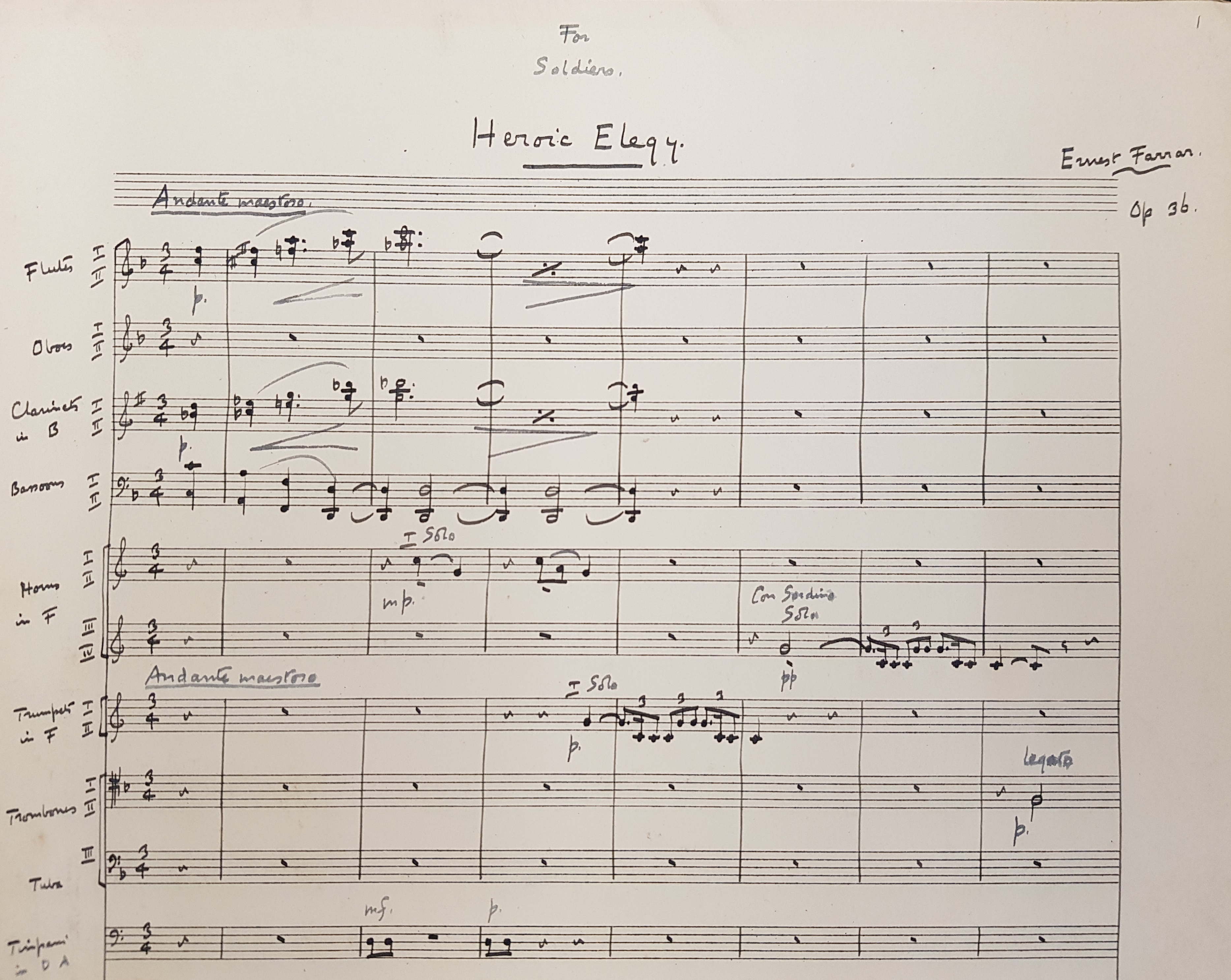 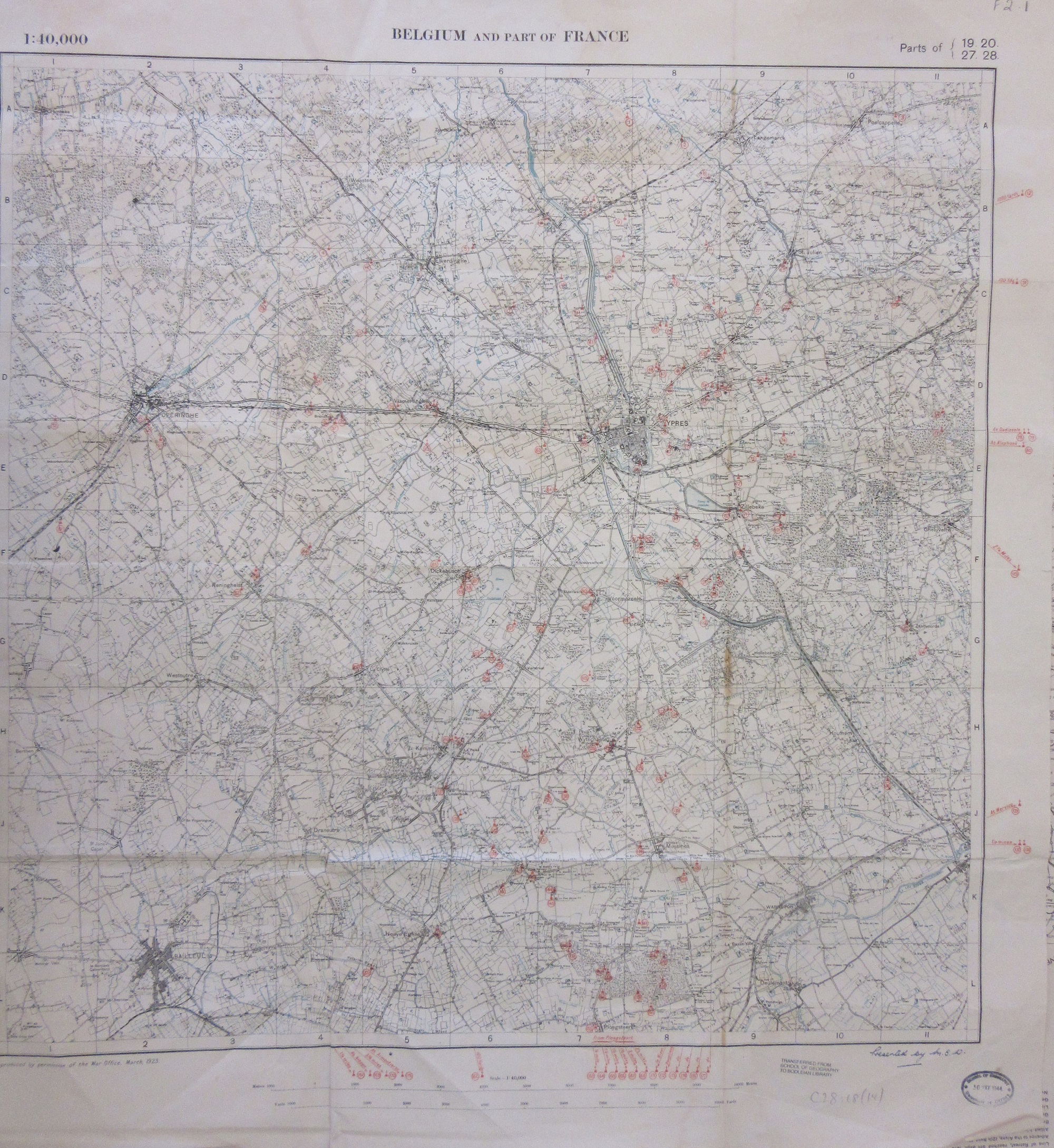 with extracts, first of the area around Zonnebeke. Just off the map at no. 31 is Tyne Cot Cemetery, the largest Commonwealth War Graves cemetery in the World. 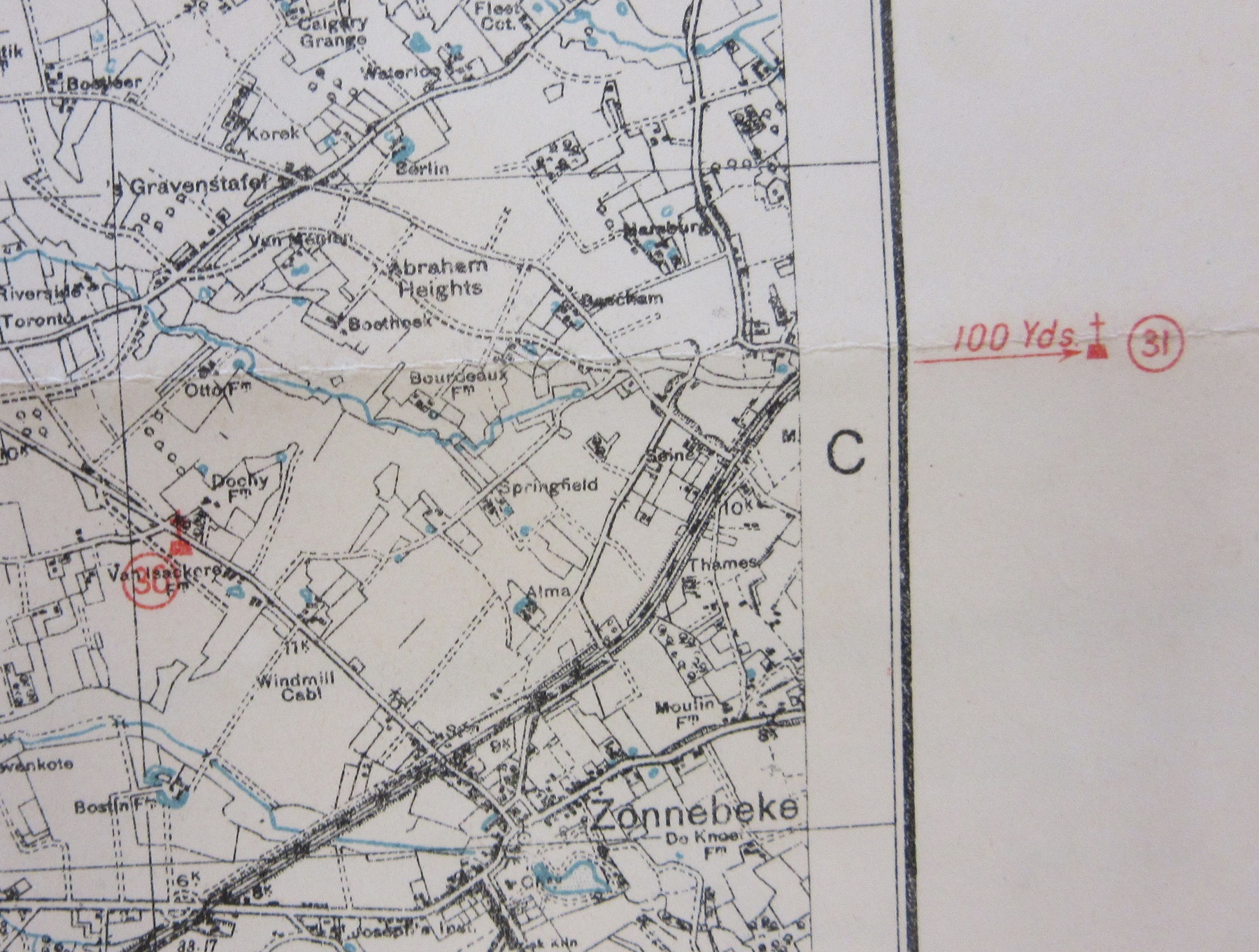 And an extract of the map for the Ypres area 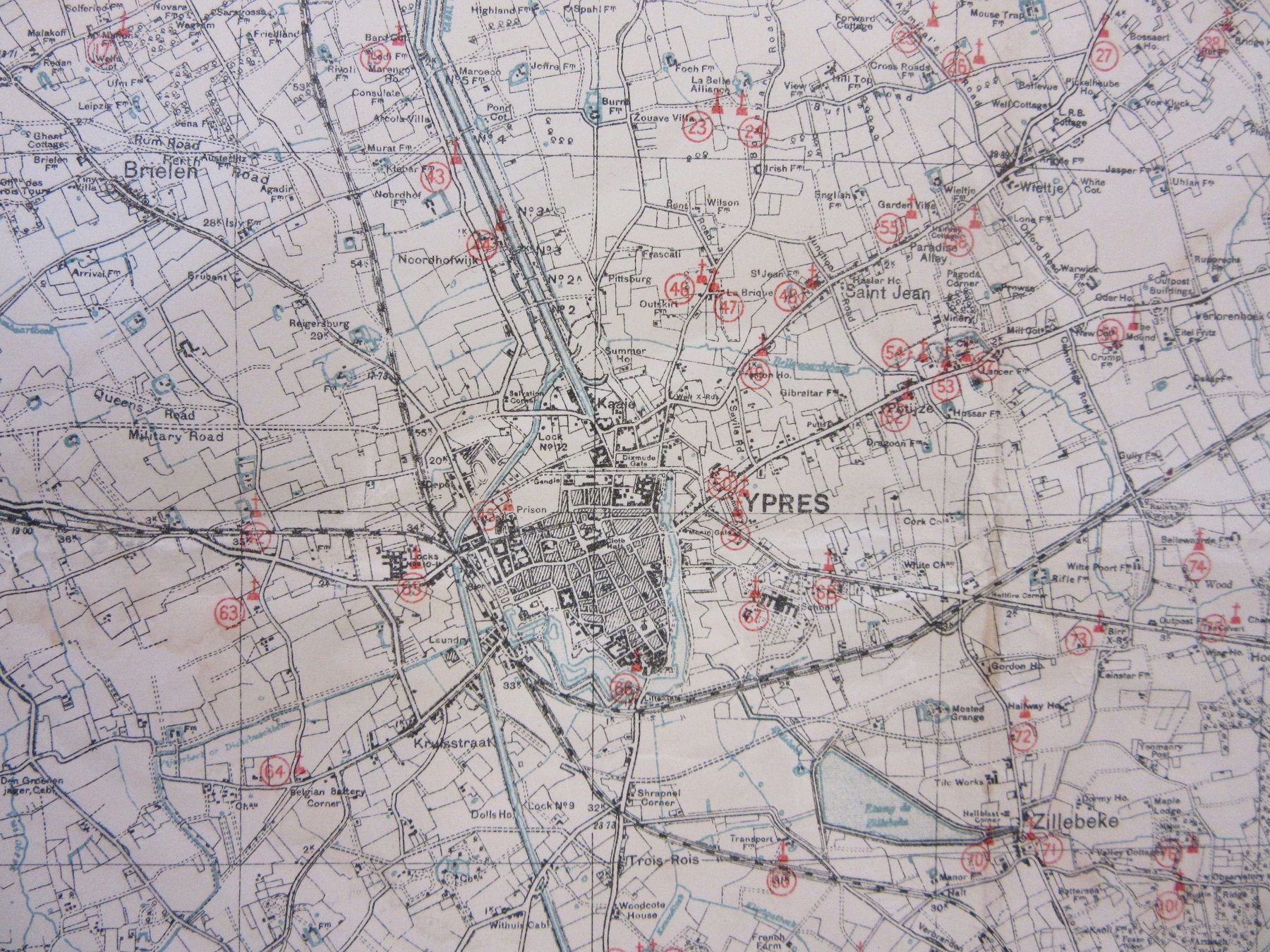 And to finish, an extract from a trench map made at the end of the Third Battle of Ypres, just after the capture of the village of Passchendaele. At the bottom of the map is the hamlet of Tyne Cott and the start of the Allied cemetery. 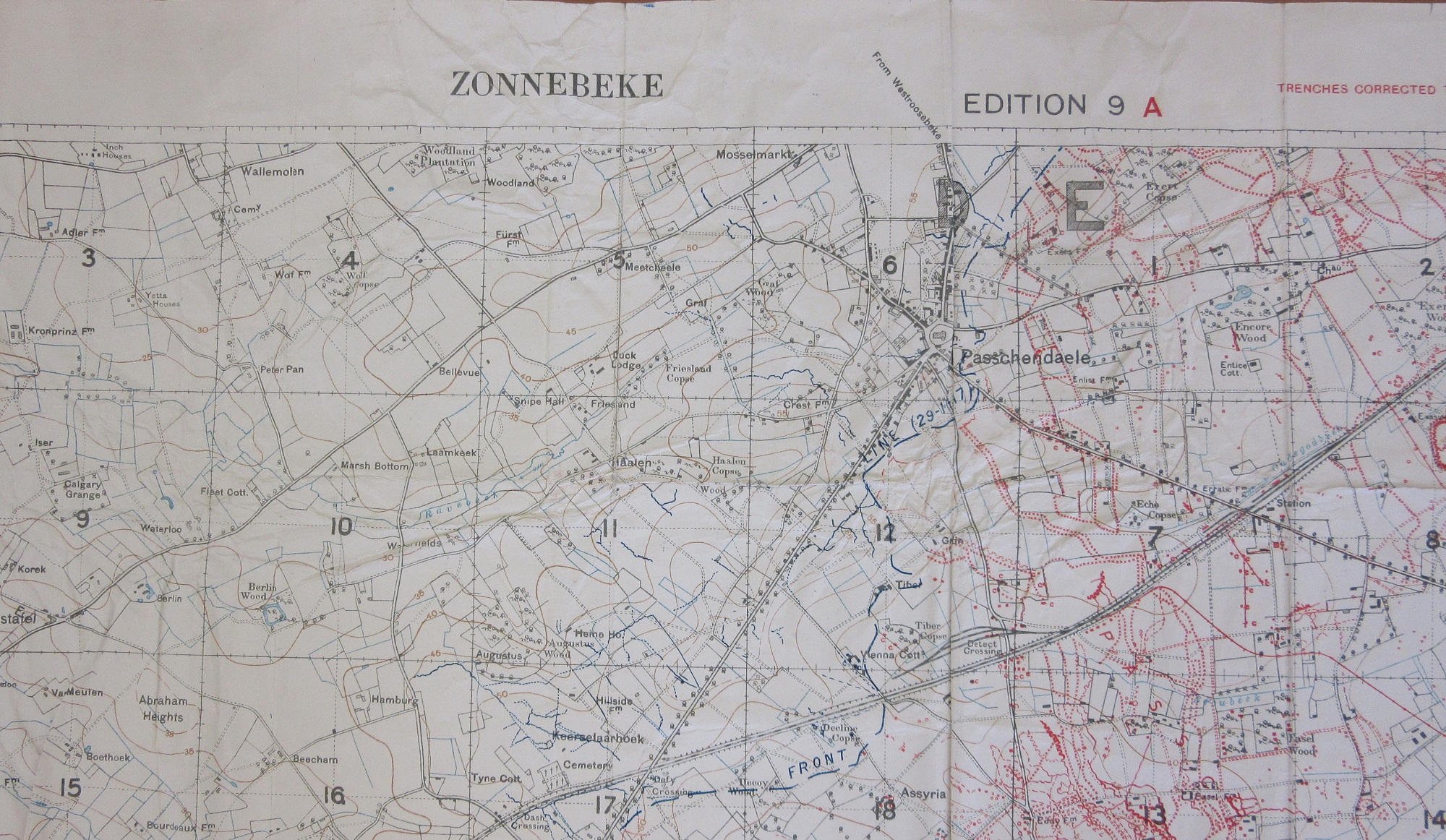 * With thanks to our colleagues from the Music Department for the piece on Ernest Farrar.