It’s always interesting when you get added to the collection a fairly routine map which has been personalized in some way, as in the case here. 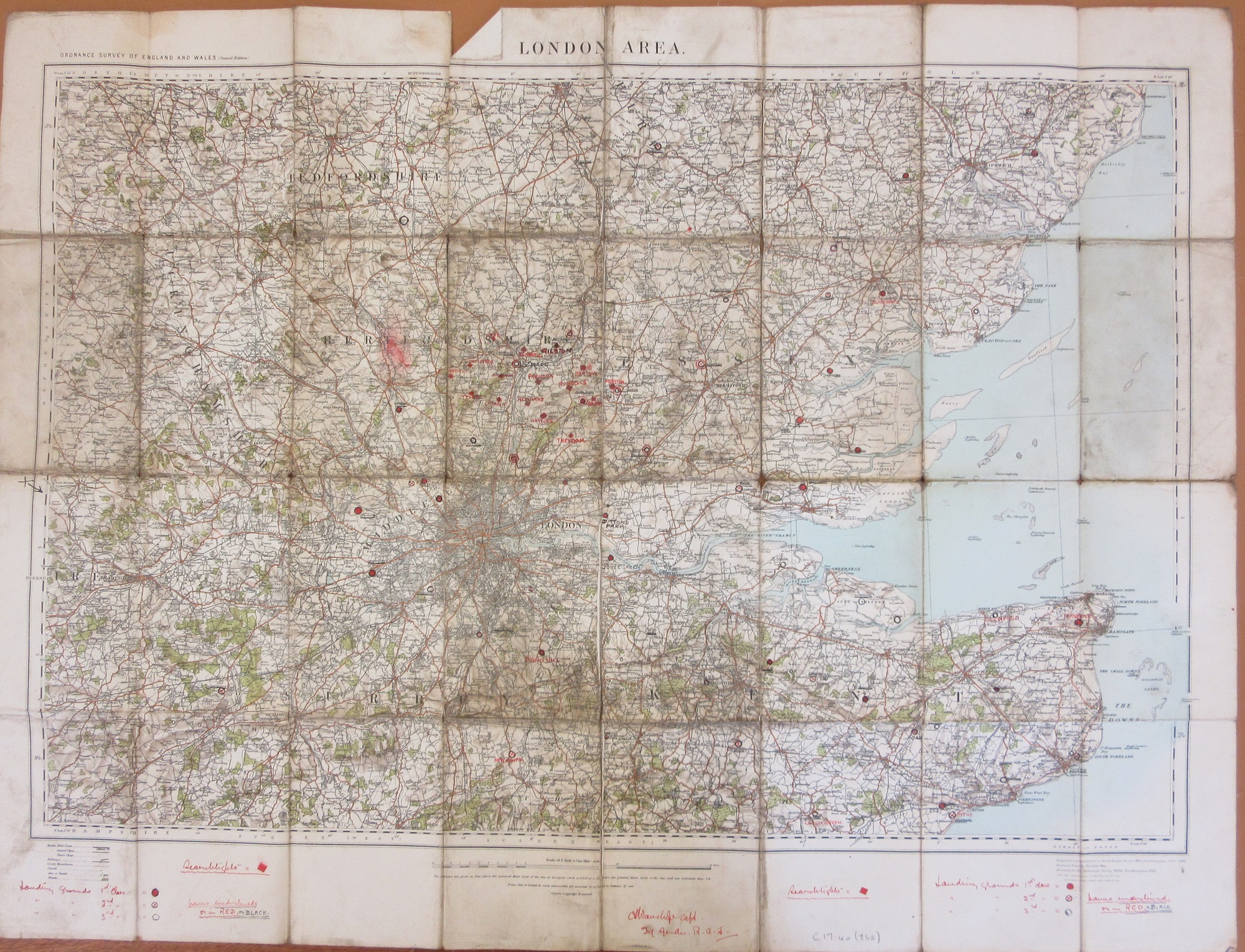 London Area is a one sheet in a series at 1:253,440 (1/4 inch to a mile) published by the Ordnance Survey in 1916. This sheet belong to Capt. C.L. Wauchope of 39 Squadron and he has marked all the landing grounds according to class and searchlights in the area around the capital. 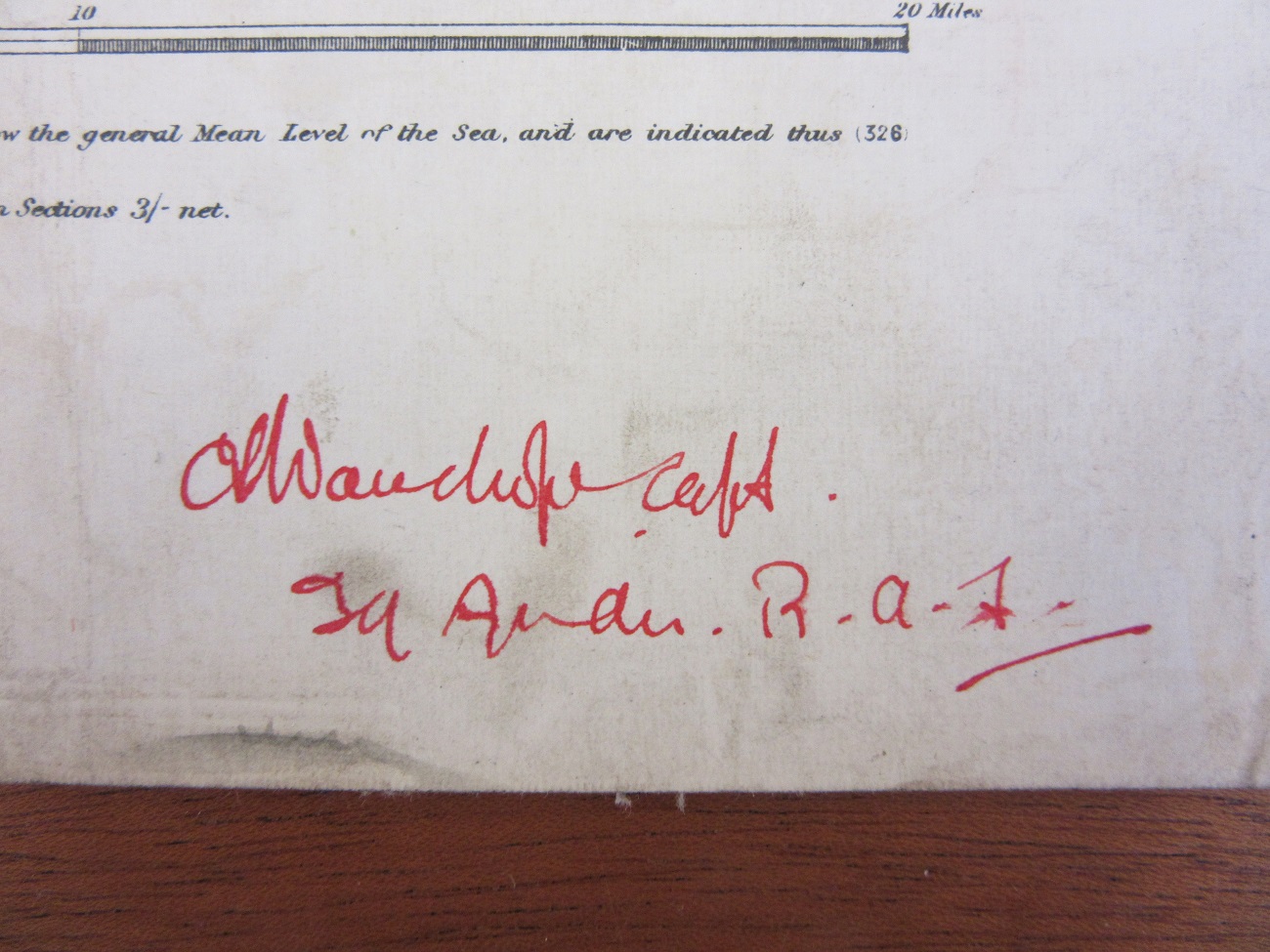 39 Squadron was formed early in 1916 as a ‘Home Defence’ Squadron protecting London from enemy attack, in particular from the night-time raids by Zeppelins.  Two rings of landing grounds surrounded the city, one at 5 miles and one at 9 miles and some of these went on to play a prominent role in the Battle of Britain during the Second World War, most famously Biggin Hill. 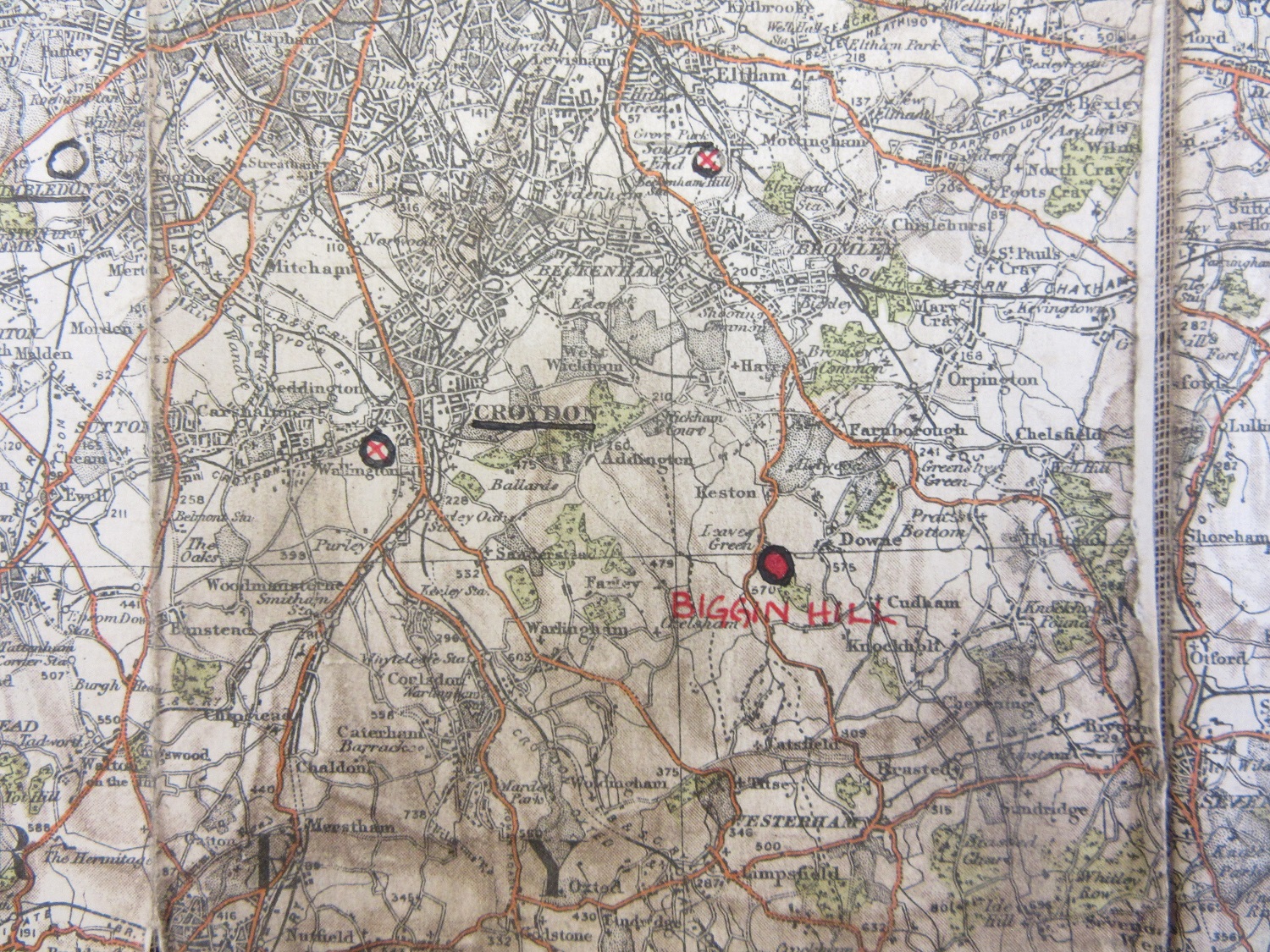 Landing grounds were classified according to number of different approaches and ground conditions and these landing grounds were used mainly by pilots who had either lost their way or had engine problems, which suggests that Wauchope’s map may not be the only one doctored in this way. The manuscript legends are at both corners of the bottom of the map. Due to limited space in the cockpit of the aeroplanes the map could be folded in half and still have an obvious key, which was important as in an emergency the pilot would want to find as safe a grounding as possible. A first class landing ground would have landings possible from most directions and a smooth, unobstructed surface whereas third class had a limited approach and were usually only used as a last resort.

Despite the small amount of fatalities and damage caused by Zeppelin raids during the war the psychological harm caused by the airships was considerable, as can be seen from this title page of an issue of the War Budget, a weekly illustrated periodical about the War. 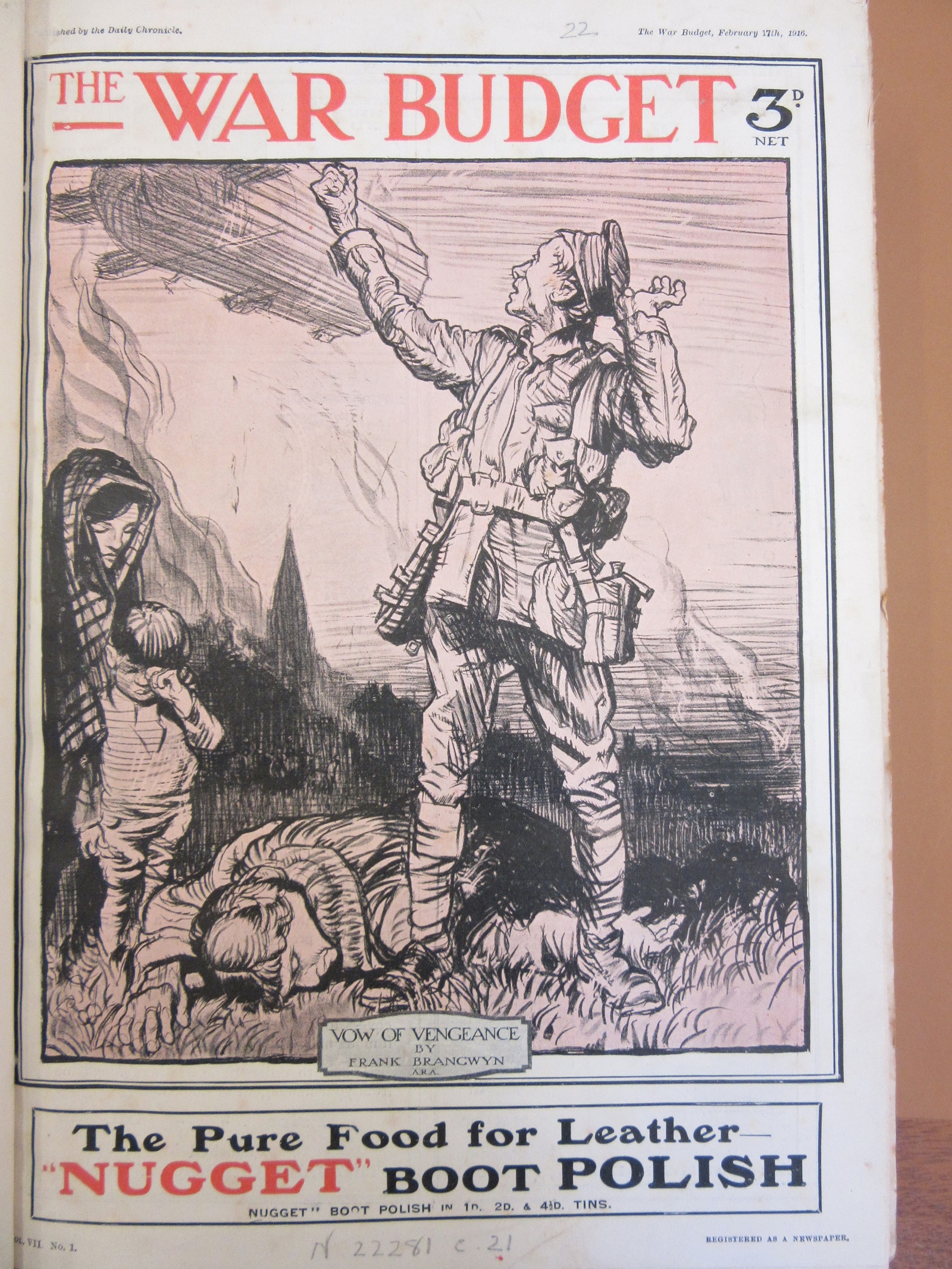 One thought on “Home defence during World War I”