This is one of the earliest Railway maps held in the Bodleian. Dating from 1839 the map shows the route of the Grand Junction Railway which at the time of the map ran from Birmingham north to join up with the Liverpool to Manchester Railway, a journey of 82 miles.

As well as showing the route the map also has a distance chart showing the miles from Birmingham and, important from the point of view of having as flat and level a route as possible, a height profile. The map also has a lovely vignette just underneath the title of a train in motion. Maps started to feature railways at the start of the 1800s but these were horse-drawn. The first steam powered engine, George Stephenson’s Locomotion,  was on  the Stockton to Darlington Railway in 1825.

While the Library has a large number of railway maps the Drake is one of the few we have that comes with a timetable. Included on Drake’s Railway Sheet of the Grand Junction… is information 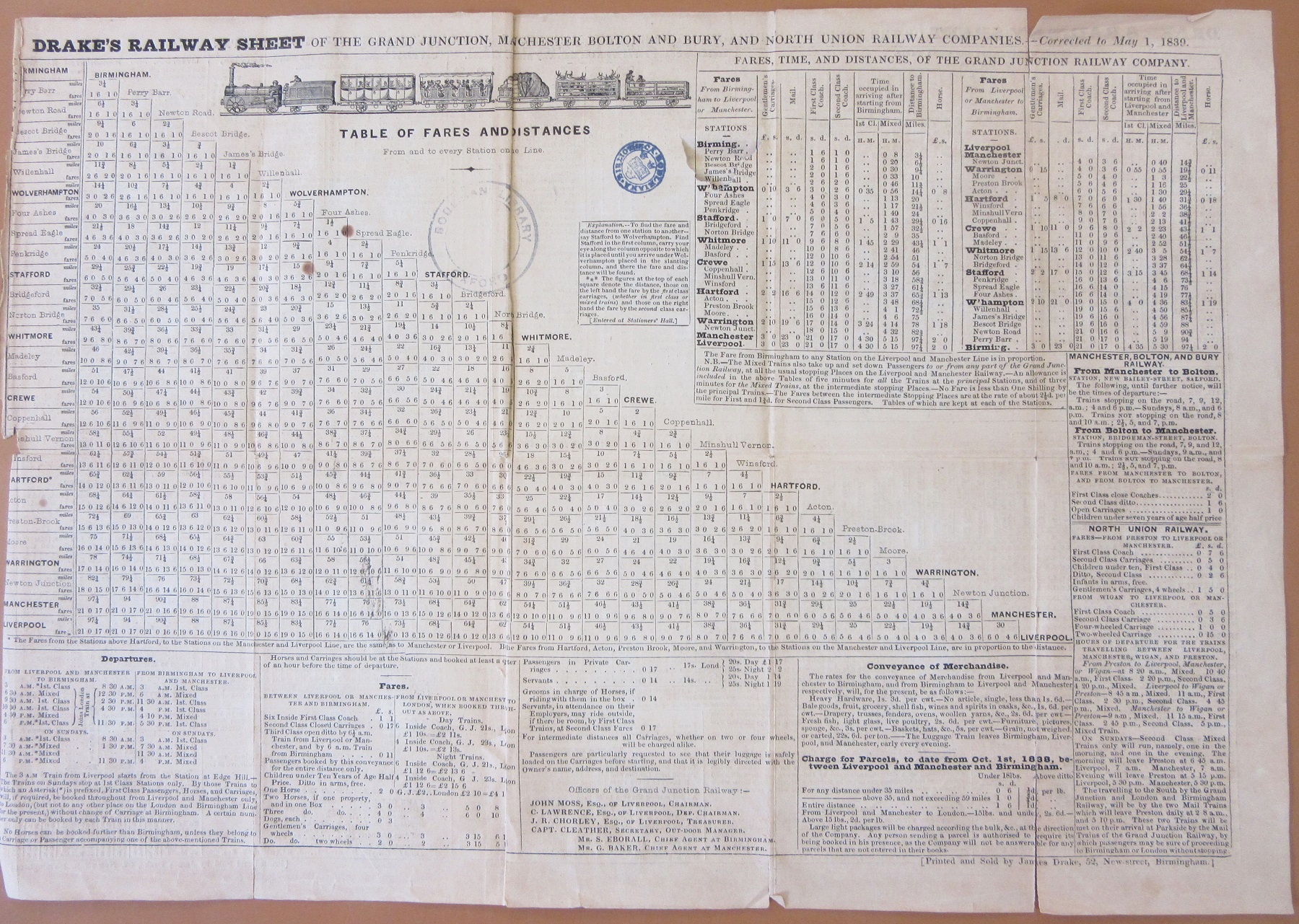 on fares and times along the route. A first class journey from Birmingham to Liverpool would cost 21 shillings (approximately £60, a first-class ticket today is twice this amount) and take four and a half hours. There is also another picture of an engine and first and second class carriages and cattle (horses cost 2 shillings).