The Ordnance Survey 1:500 map series are amongst the most detailed of all town plans. Dating from the 1880s and covering all towns with a population over 4,000, at this scale roofs come off important buildings to show the layout of the rooms underneath. While going through the maps covering Oxford this intriguing building appeared, the Heliometer Dome, part of the Radcliffe Observatory buildings. 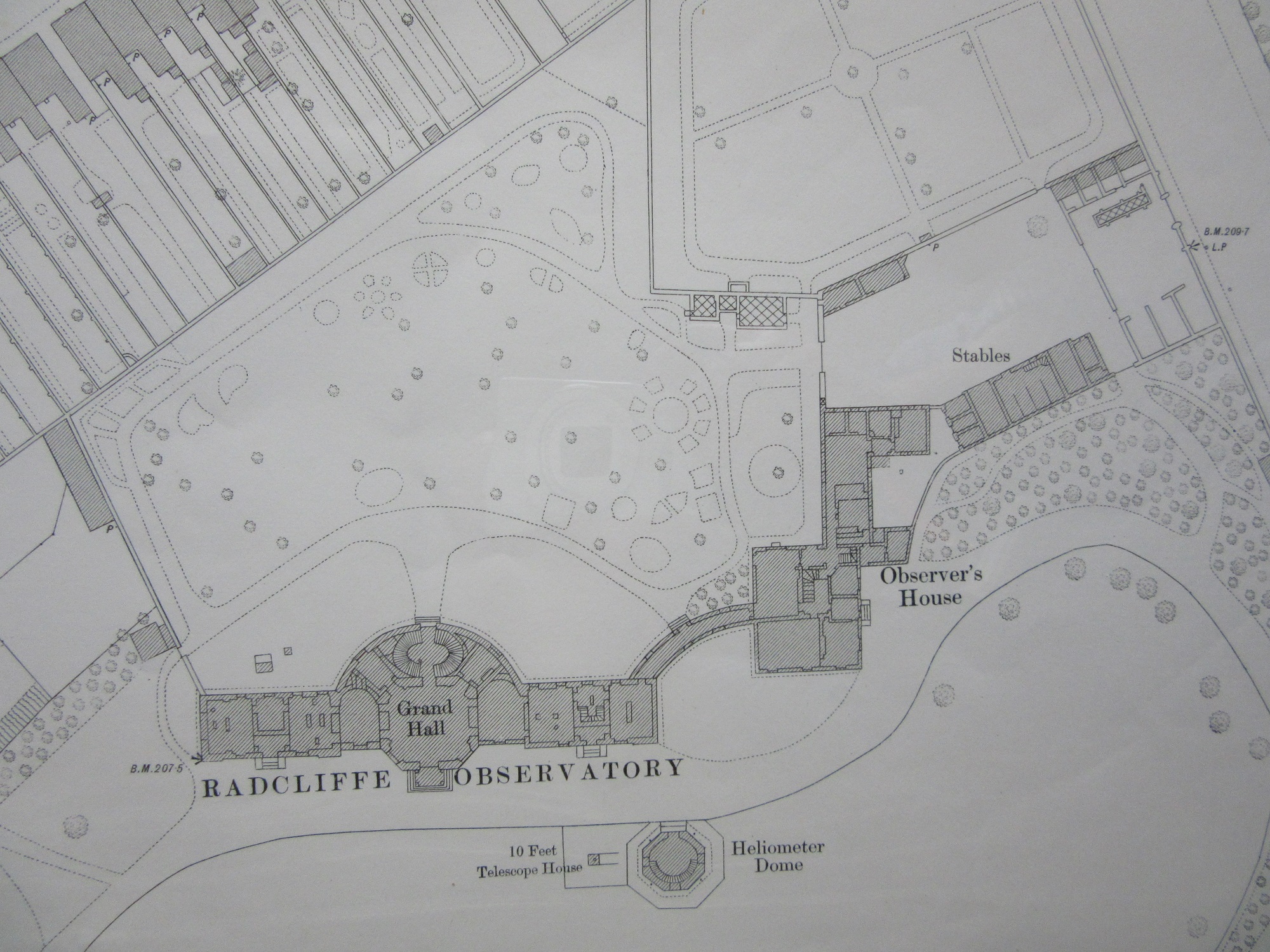 The Observatory moved to Pretoria in 1934 hoping for clearer skies than could be found in Oxford, the buildings are now part of Green Templeton College. As well as showing on a beautiful map the Heliocentre has other cartographic claims for appearing in a map blog as it was a device crucial for measuring distances in space. The telescope in the Heliometer has a split lens, one of which is fixed in position, the second adjustable, thus producing a double image of either nearby stars or either sides of the Sun. By moving one of the lenses these images can be superimposed and then the different lengths of the lenses can be measured which will give the difference in distances between stars, a concept called parallax. 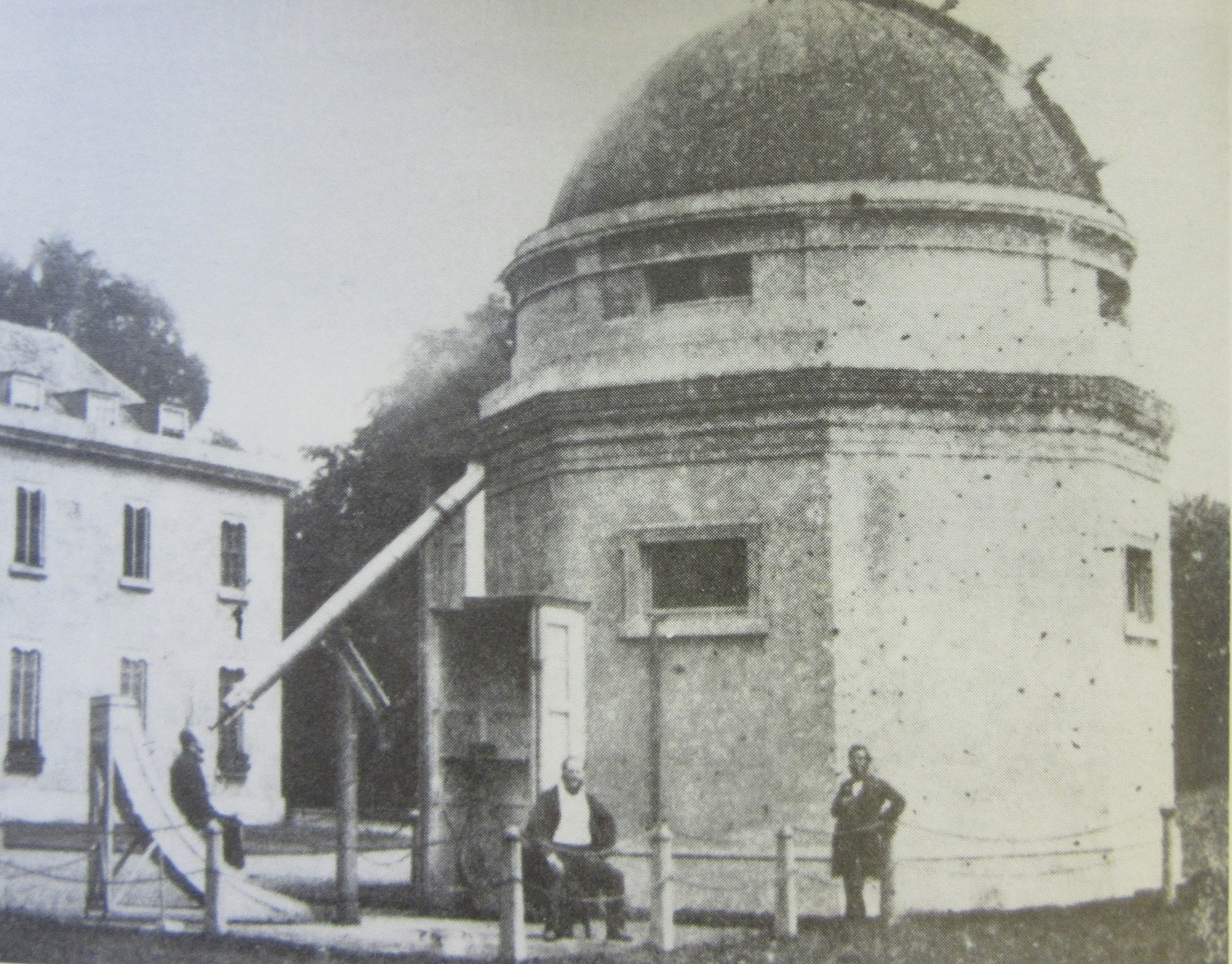 This next map is an extract from Robert Hoggar’s celebrated map of the city from 1850. At a scale slightly less detailed then the Ordnance Survey (1:528 as opposed to 1:500) at the top of this blog, like the OS map Hoggar maps individual trees and outbuildings, unlike the OS Hoggar includes contour lines. 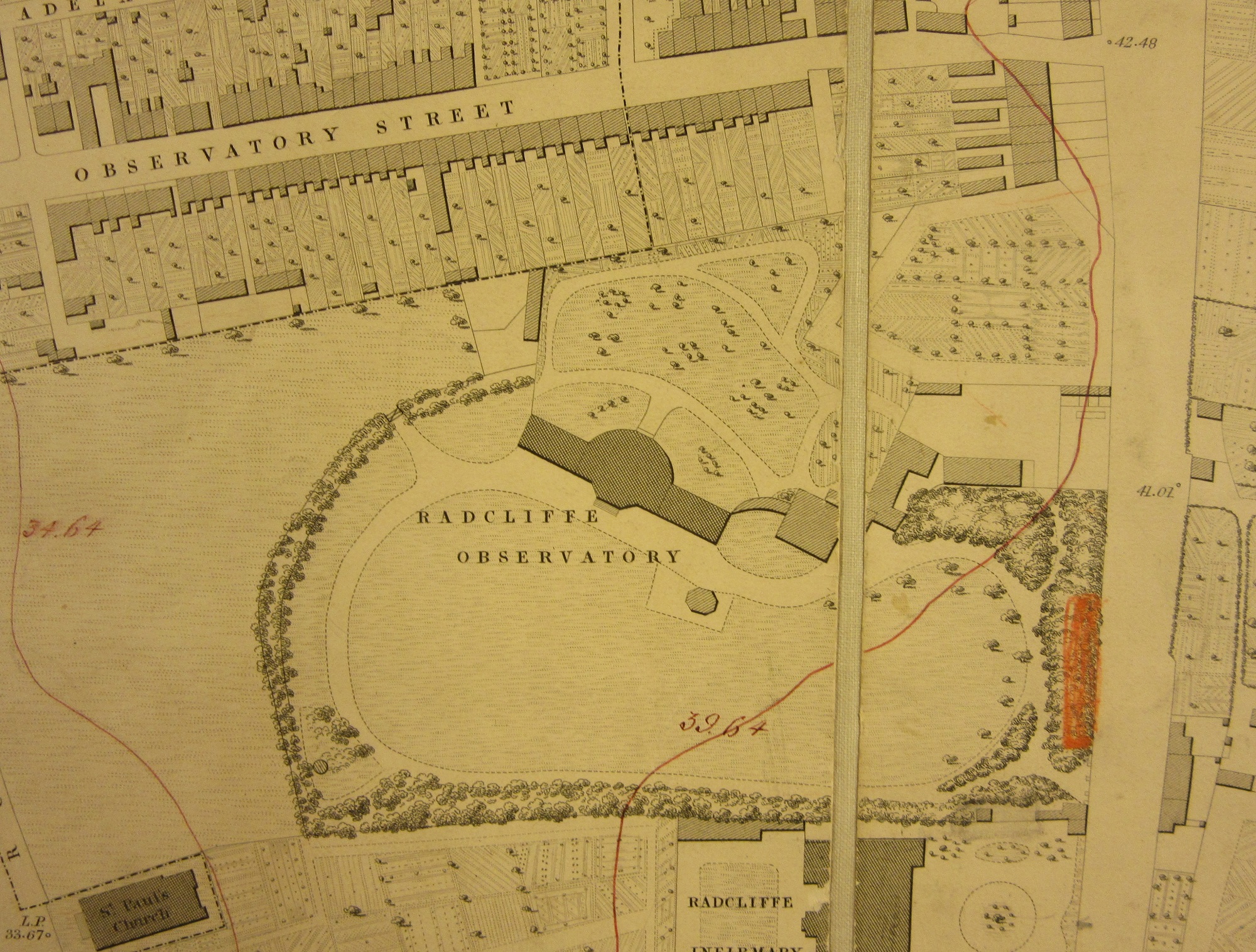 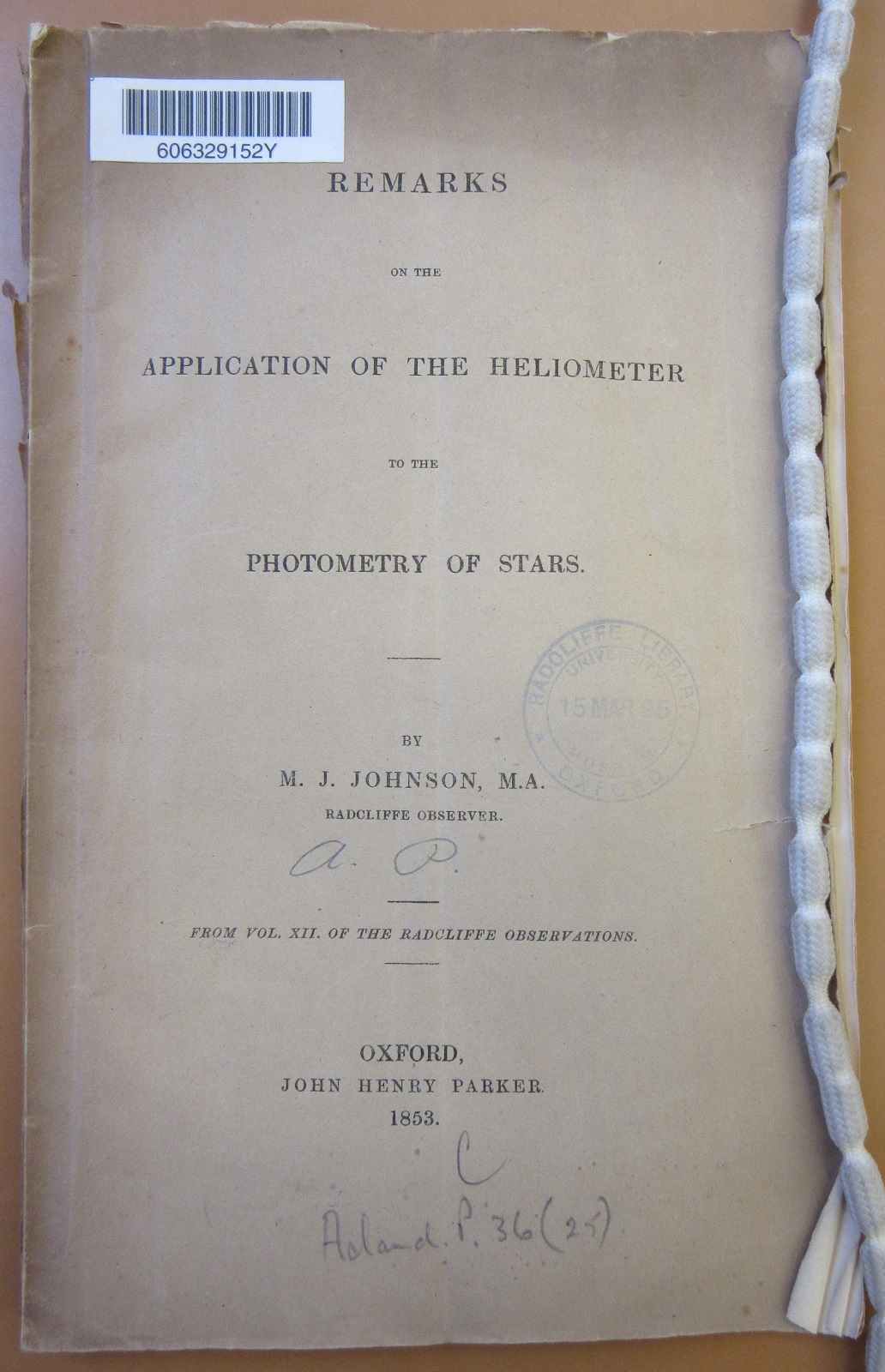 This last image is the front cover from a record of the magnitude of stars according to their observable light recorded at the Observatory in 1853.

One thought on “Heliometer Domes and OS maps”