This image comes for sheet Oxfordshire L.3 of the first edition Ordnance Survey County Series maps of England and Wales at 1:2,500. It is of the wonderfully named Christmas Common, in the Chilterns. 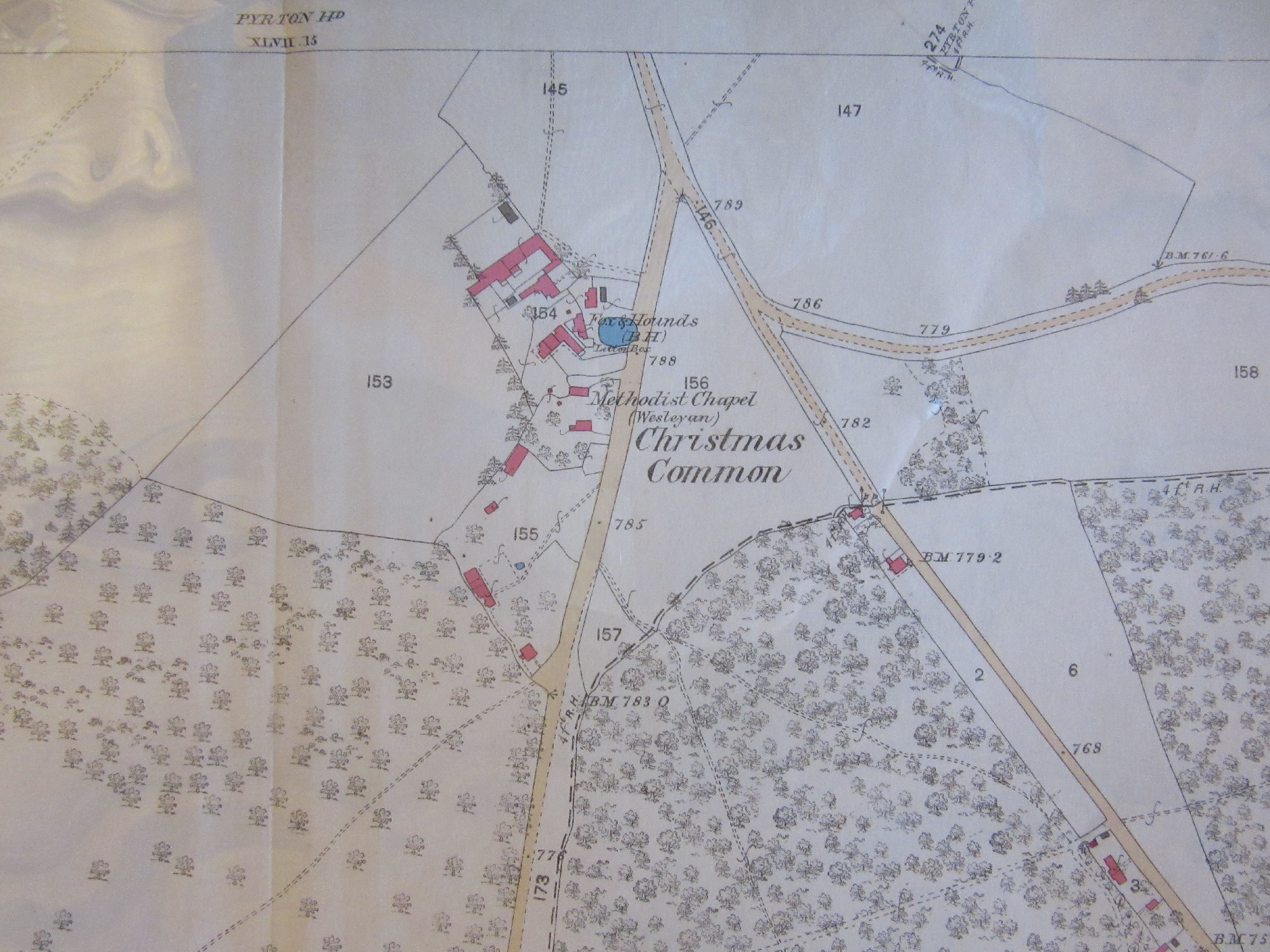 There are a number of suggestions for the name, a possible truce at Christmas during the Civil War or for the number of Holly Tree coppices in the area though a local family called Christmas sounds the most likely.

There are 8 place names which begin with Christmas listed in the gazetteer for the Ordnance Survey 1:50,000 series, including the wonderful Christmaspie in Surrey (this image from the 3rd ed OS 1:2,500 sheet Surrey XXIII.13, 1910. Only the first edition was available in colour as well as black and white). 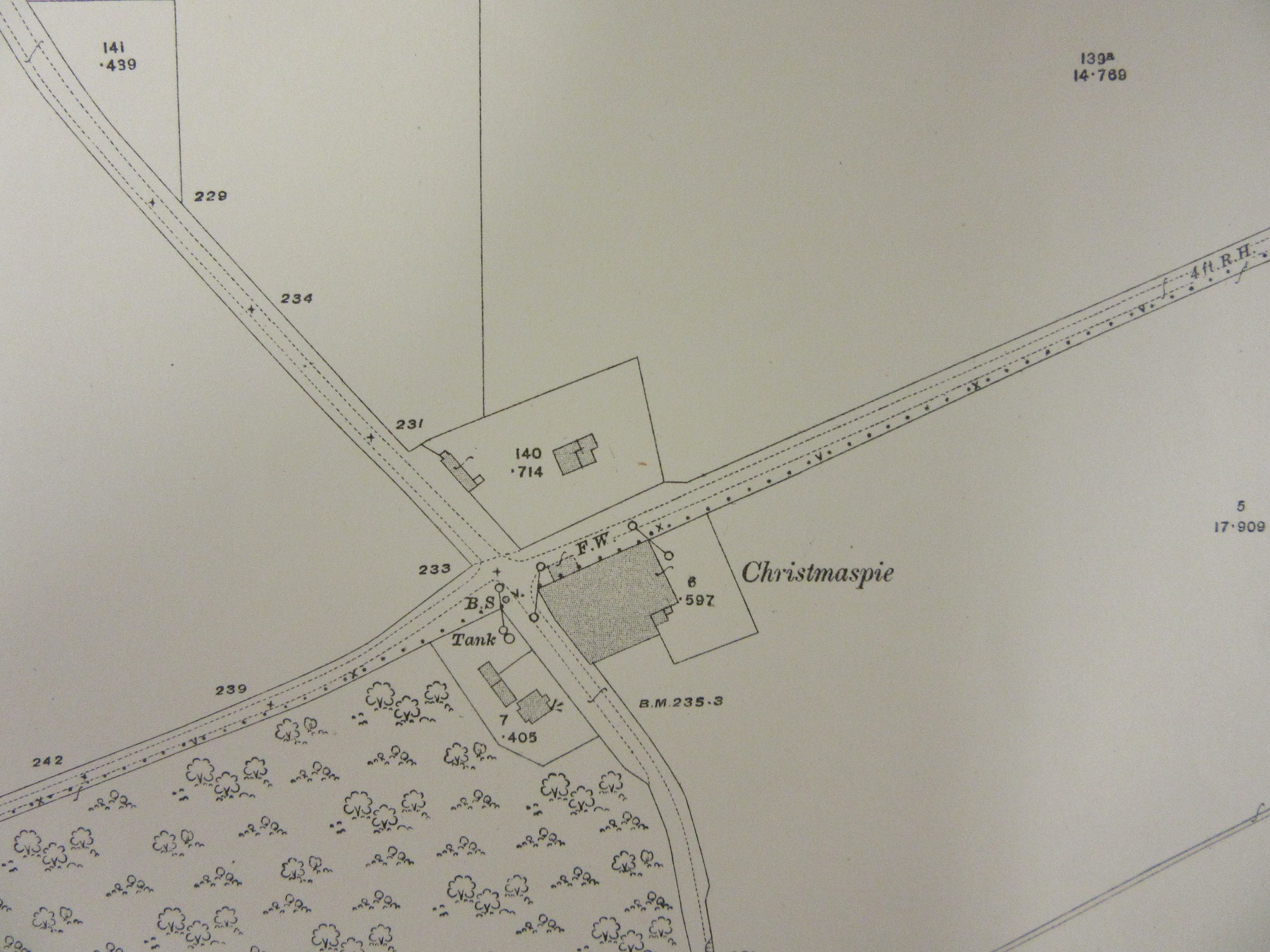 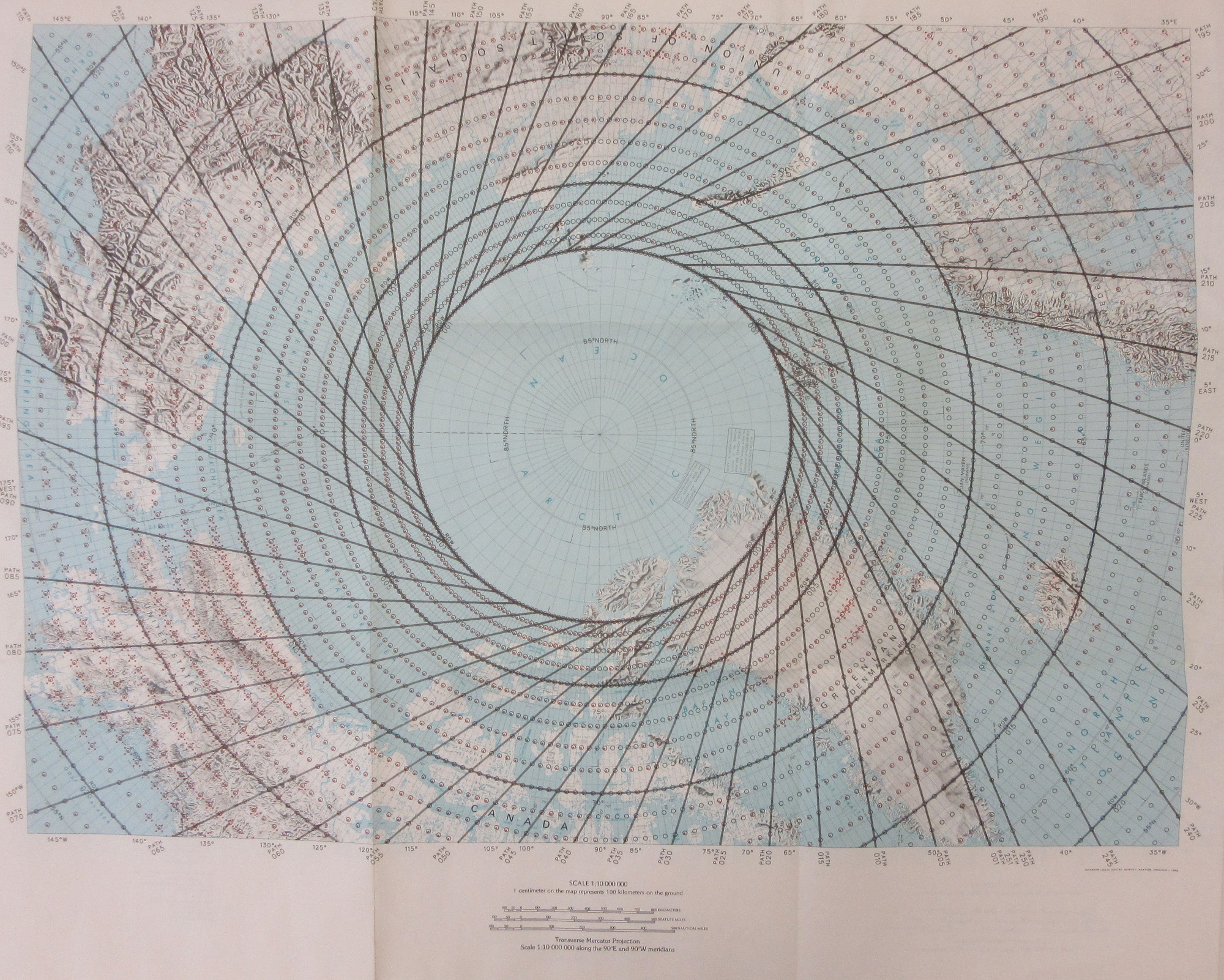 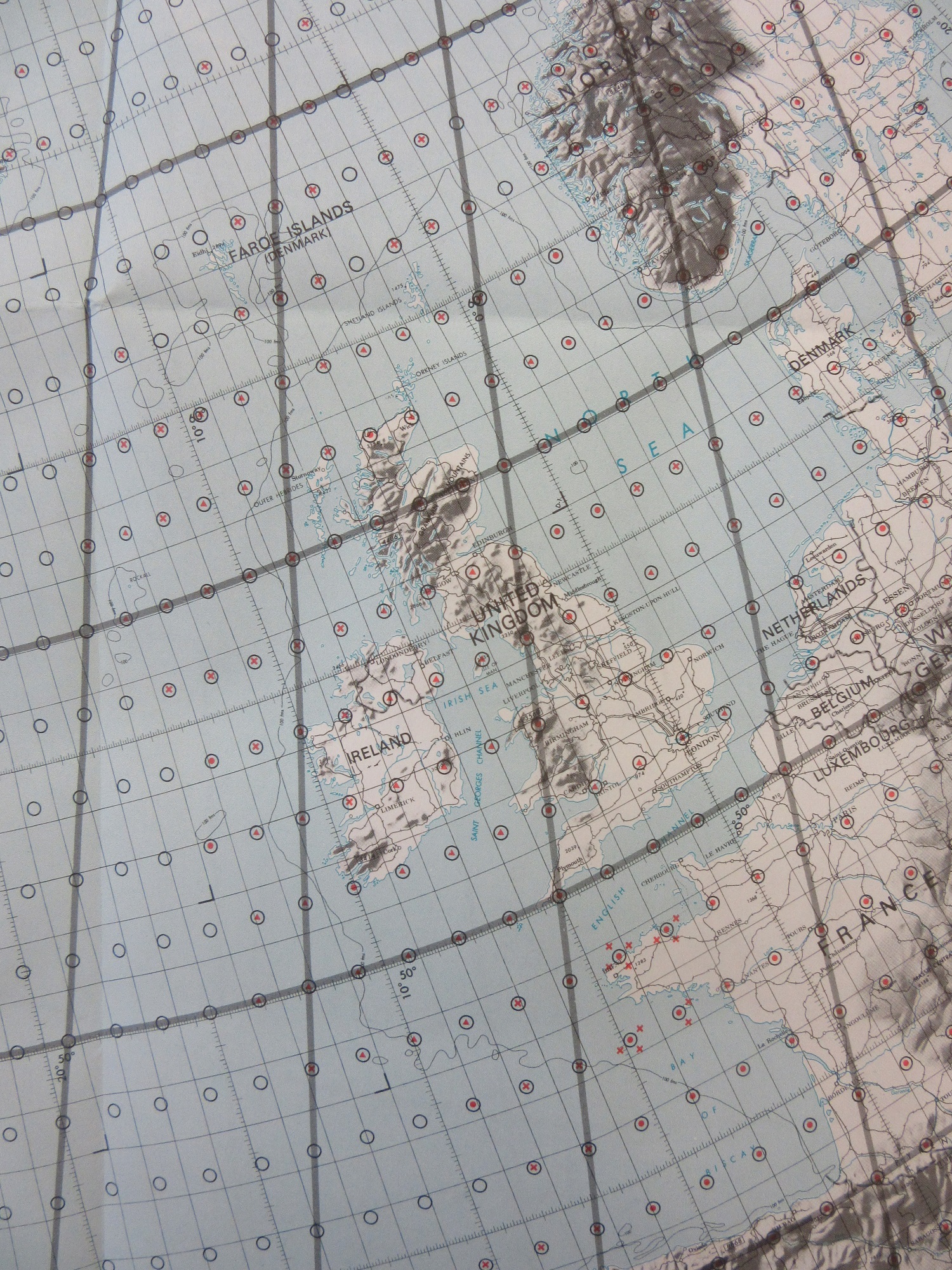 satellites 1, 2 and 3 launched between 1972 and 1978. On the reverse is the same map showing the same information for Landsat 4, launched in 1982. Landsat satellites take what is called remote sensing images from space  (remote sensing being a way of capturing an image of or studying  an area or object without any physical contact). The manned Apollo programme experimented with remote sensing before an unmanned satellite, called Earth Resources Technology Satellite, was launched in 1972. This was soon renamed Landsat and we are now up to Landsat 8, launched in 2013. These satellites have captured millions of images, and these are made available at the U.S. Geological Survey ‘Earthexplorer’ site (https://earthexplorer.usgs.gov/). Text on the map explains how the system works. Landsat uses a grid called the Worldwide Reference System, a lattice of 251 paths (the thick lines) and 119 rows (the circles) which intersect at geographic locations and it is at these points that the image centres. Red marks indicate levels of cloud cover.

With different ranges of dates and images available Landsat has proved a valuable resource for the study of climate change, agricultural development and change in natural development. 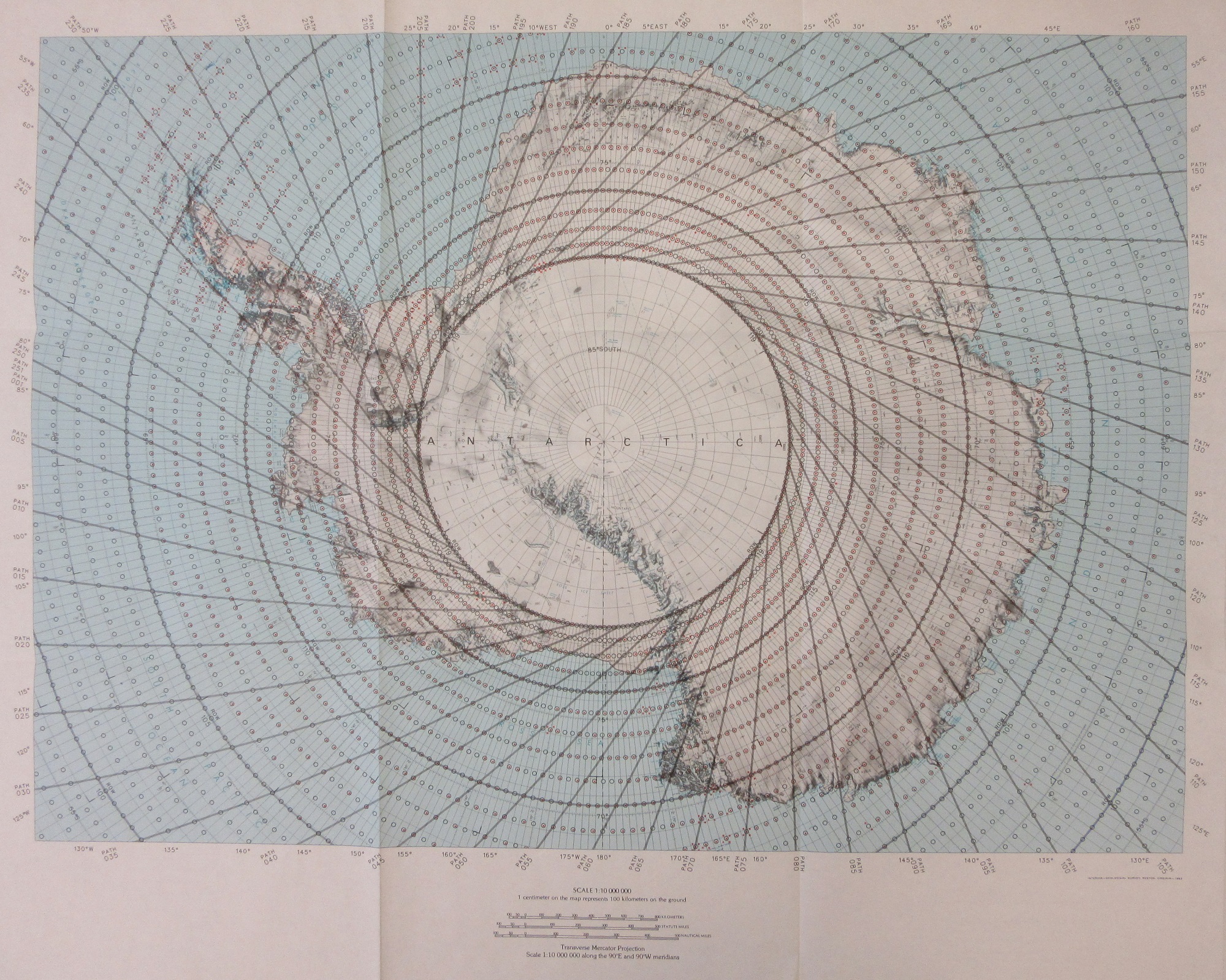 Index to Landsat Worldwide Reference System (WRS), 1:10,000,000. Published by the United States Geological Survey and the National Oceanic and Atmospheric Administration 1981-82. B1 (99a)