Sometimes the simplest maps can often be the most effective. This map shows the boundary line plan of the United Nations Memorial Cemetery in Pusan (now Busan), South Korea, containing the graves of 2,300 servicemen who died during the Korean War. The site is set over 35 acres and is the only United Nations cemetery in the World. 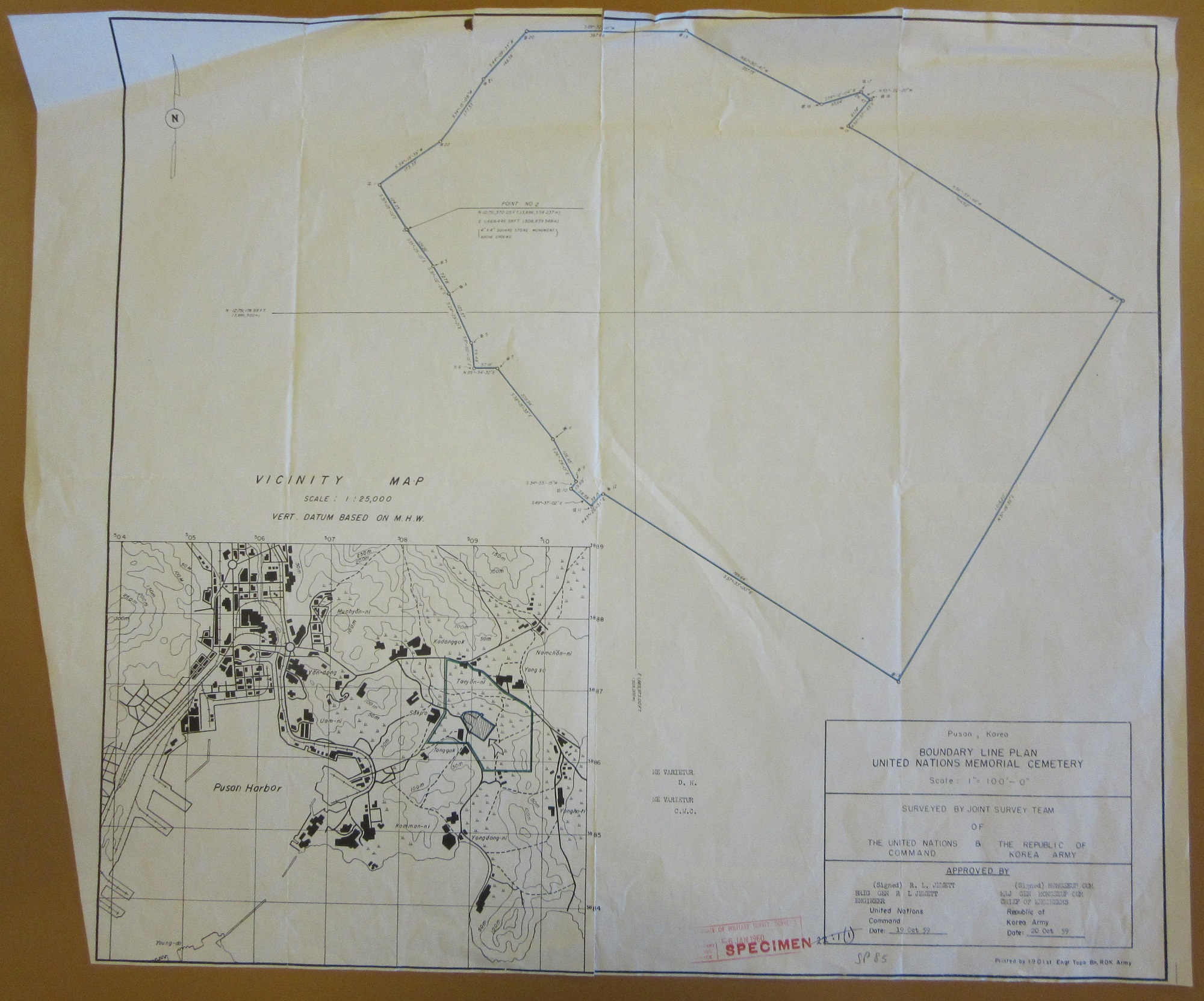 The map is at the rather unusual scale of 1:100ft, indicating the small size of the area being mapped. There is a small inset map of the area in the bottom corner which shows the cemetery in a rural setting, 60 years later Busan is now a busy port city and the area is a small green area in a built-up and busy city.

The boundary map gives distances between the changes in direction of the boundary in feet. This contrast between on the one hand the lack of topographical information shown and the precise measurements given is down to the combined survey work involved in making the map by the joint survey team of the United Nations Command and the Republic of Korea Army.