A box of donations is being cleaned and catalogued in the map office. The box is full of plastic relief maps, including this lovely map (model? mould?) of Bulgaria by the Bulgarian Telecommunications Company in a post-Soviet era 1993, shown complete 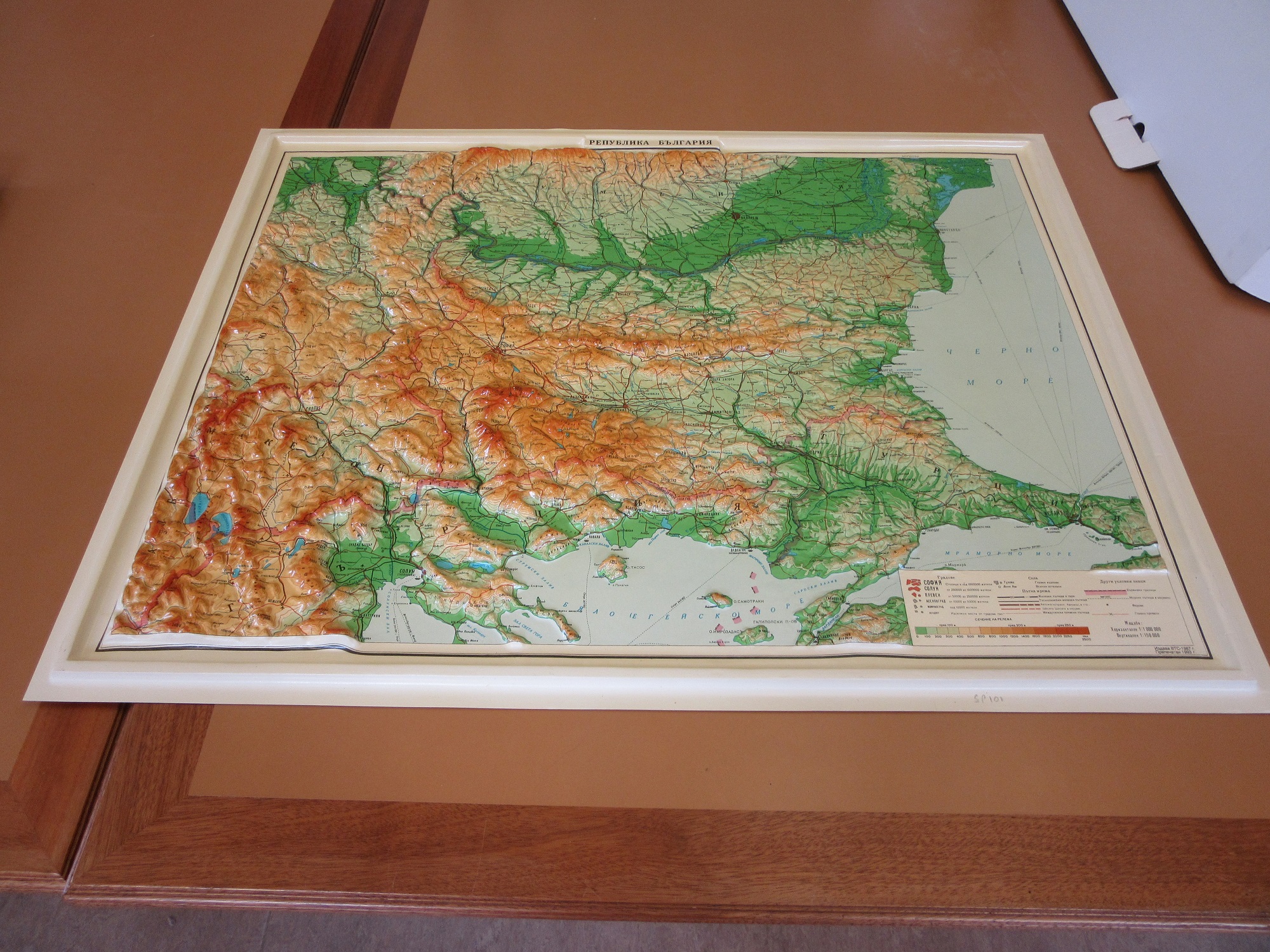 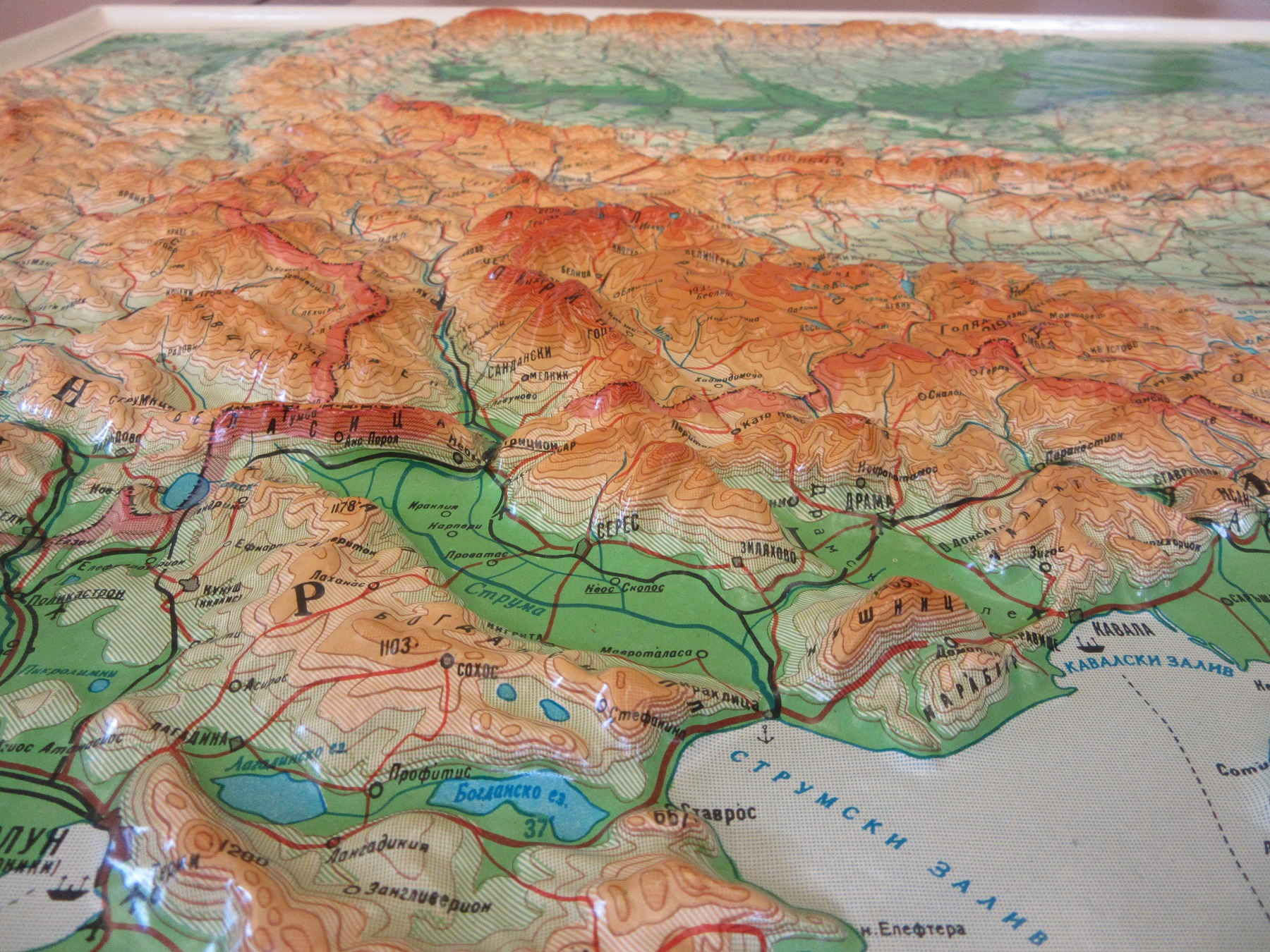 Not quite so attractivebut certainly more intriguing is this map by the United States Defense Mapping Agency Topographic Center of a Geoid World. 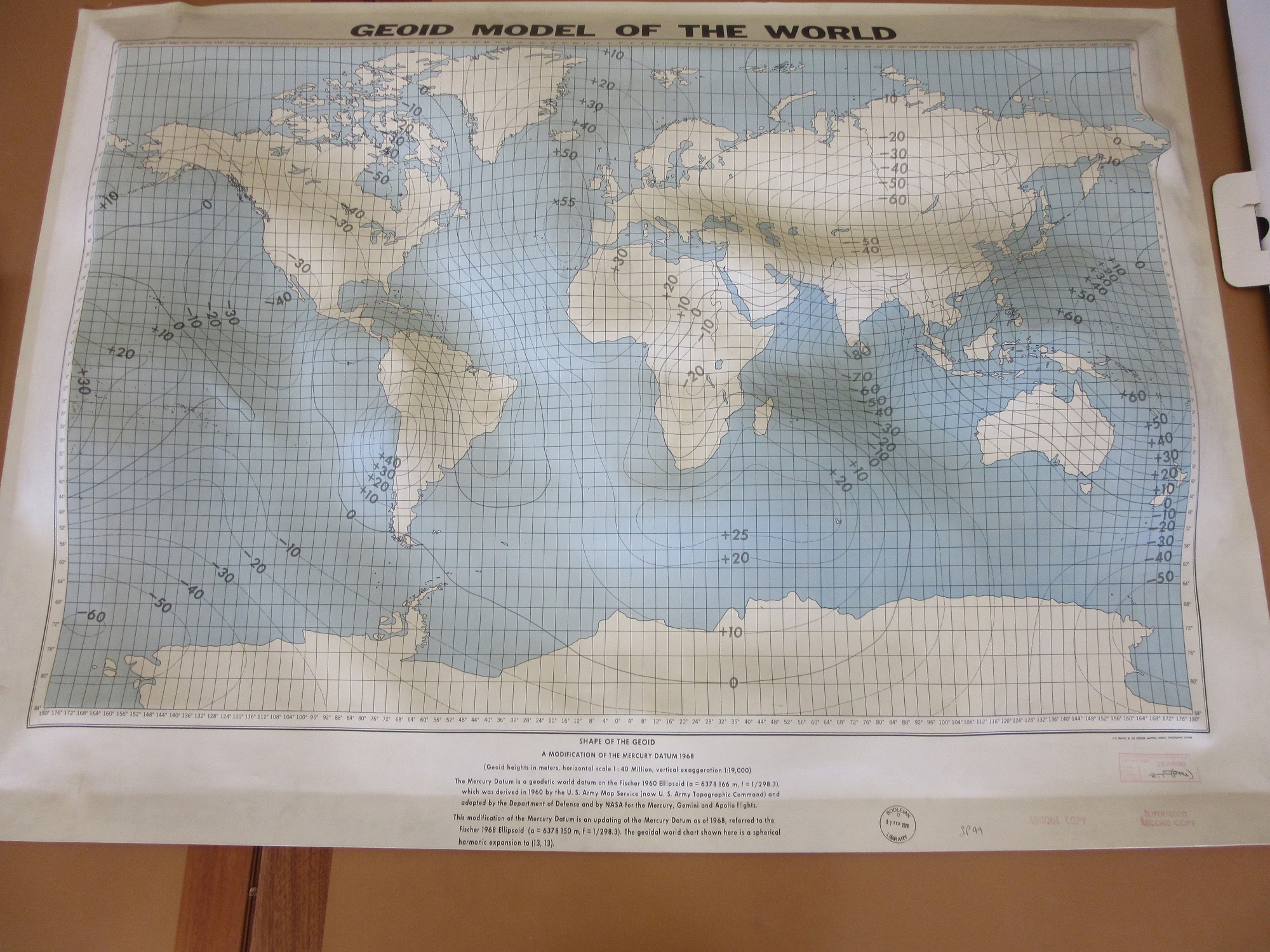 A geoid map shows the state of the World as if the oceans and seas covering the Planet were only under the influence of gravity and the Earths rotation, not tides or the planetary influence of the Sun and Moon. This, as can be seen on the map, would result in an uneven water surface over the globe, as the gravitational pull is stronger or weaker in certain parts of the World (the gravitational anomaly) the water surface would rise or fall accordingly. The information is mapped as if the whole of the Earth was covered in water. 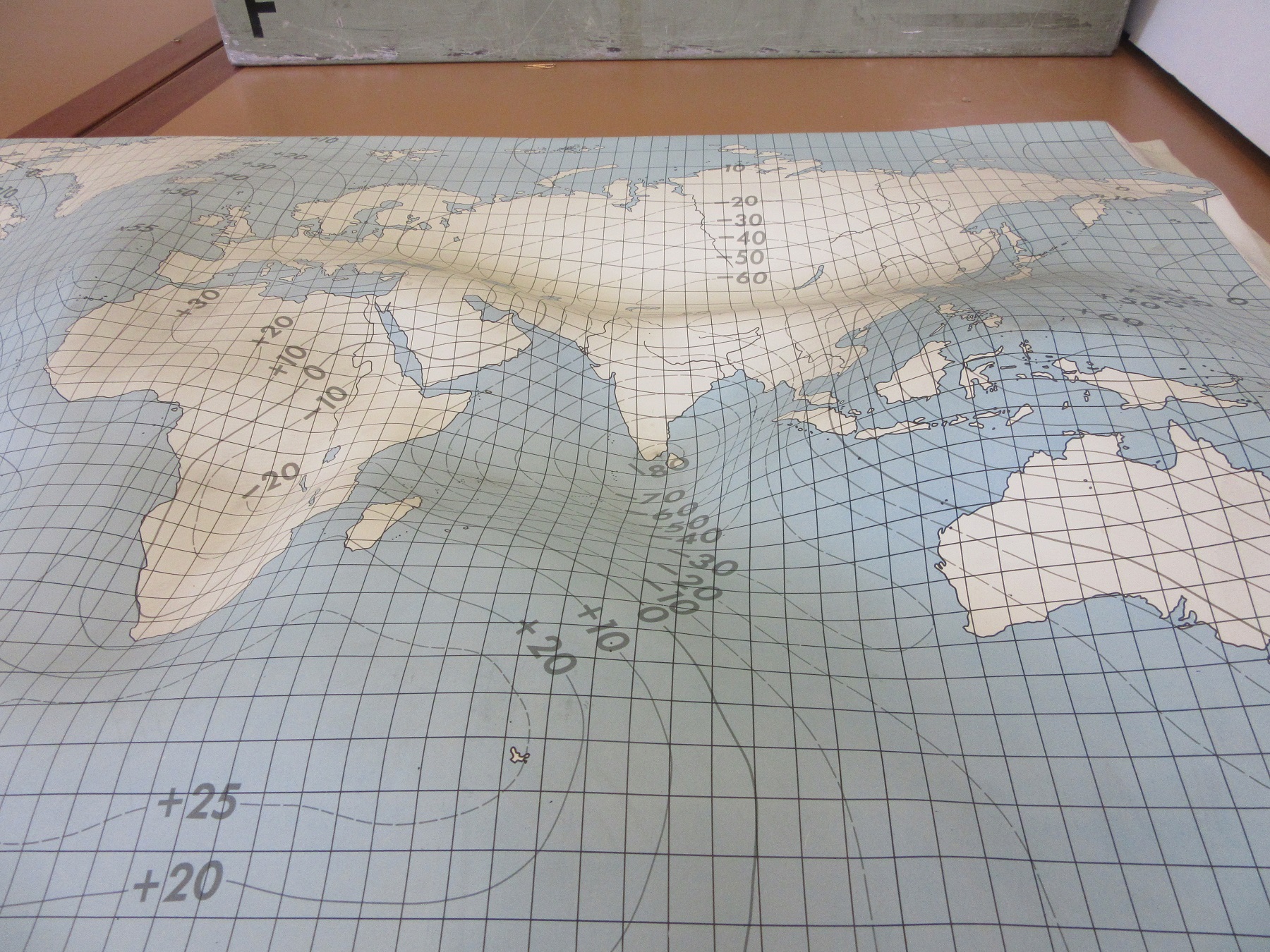 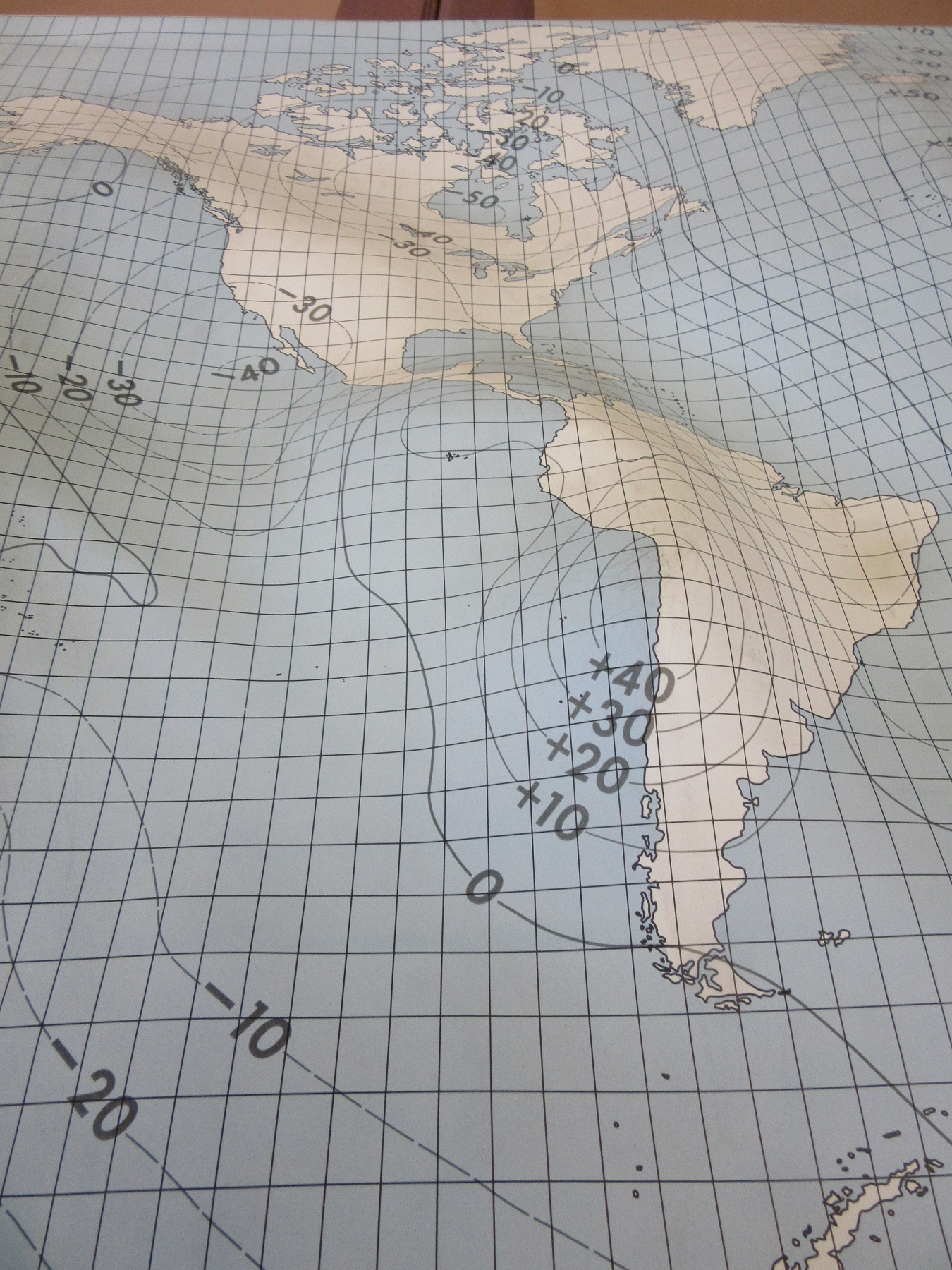 Knowing the geoid surface of the Earth is important in understanding ocean circulation and currents, with this information shipping routes can be plotted to use less fuel and shorten journeys.

To see an earlier blog on plastic reliefs held at the Bodleian go to January 2019 at the right of this page.