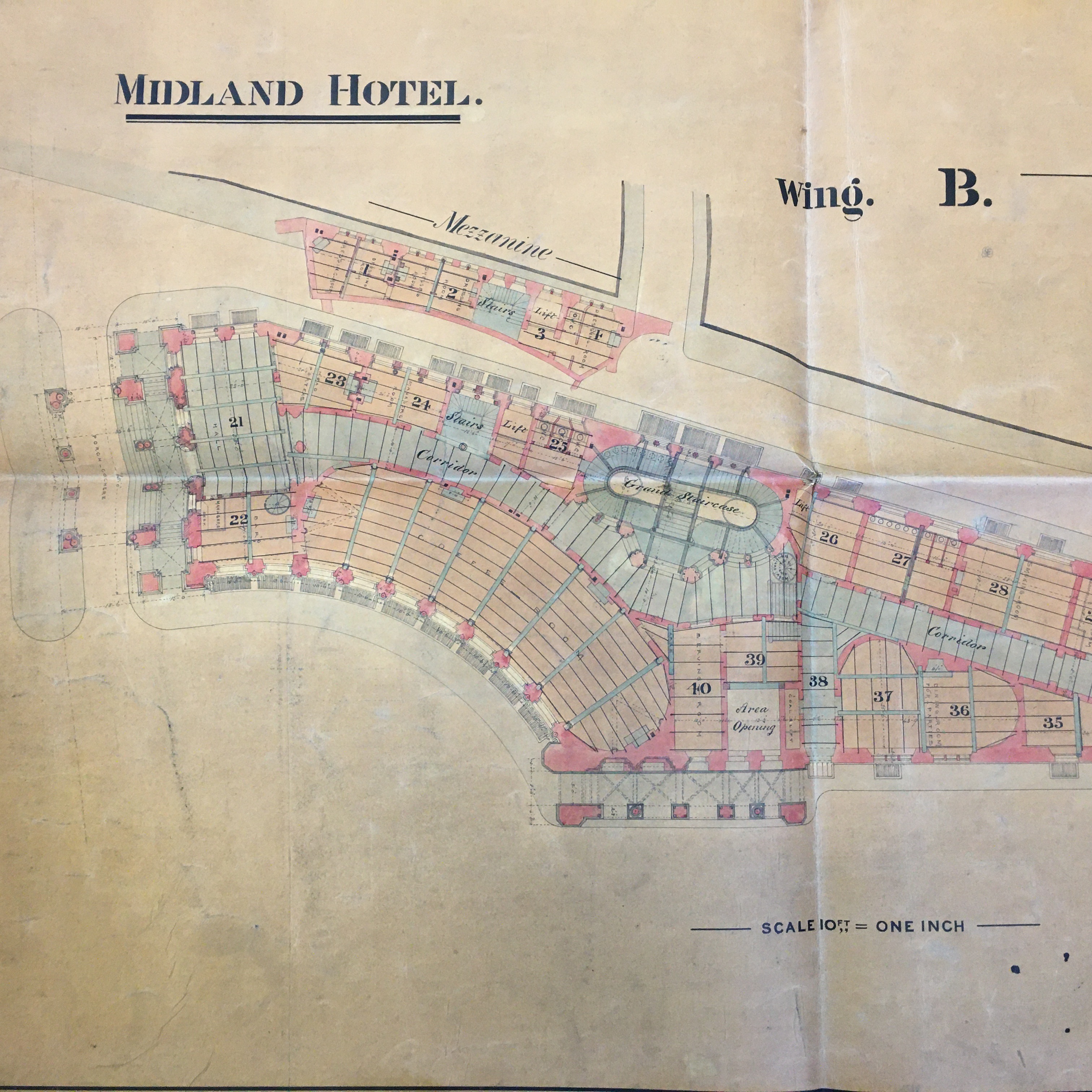 Looking through a box of uncatalogued maps, plots and diagrams I came across several manuscript architectural plans of the Midland Grand Hotel, London. Now named the St Pancras Hotel it is an iconic landmark on the Euston Road next to that other celebrated edifice of red brick, the British Library. The plans, drawn to show the girders, were by engineer Richard Moreland of Old Street in 1867 at a scale of 10 feet to 1 inch (1:120). You can see all of the modern internal features with the Grand Staircase and the popular Ladies Coffee Room. There are even manuscript pencil marks denoting dimensions which indicate these were some sort of working drawings. 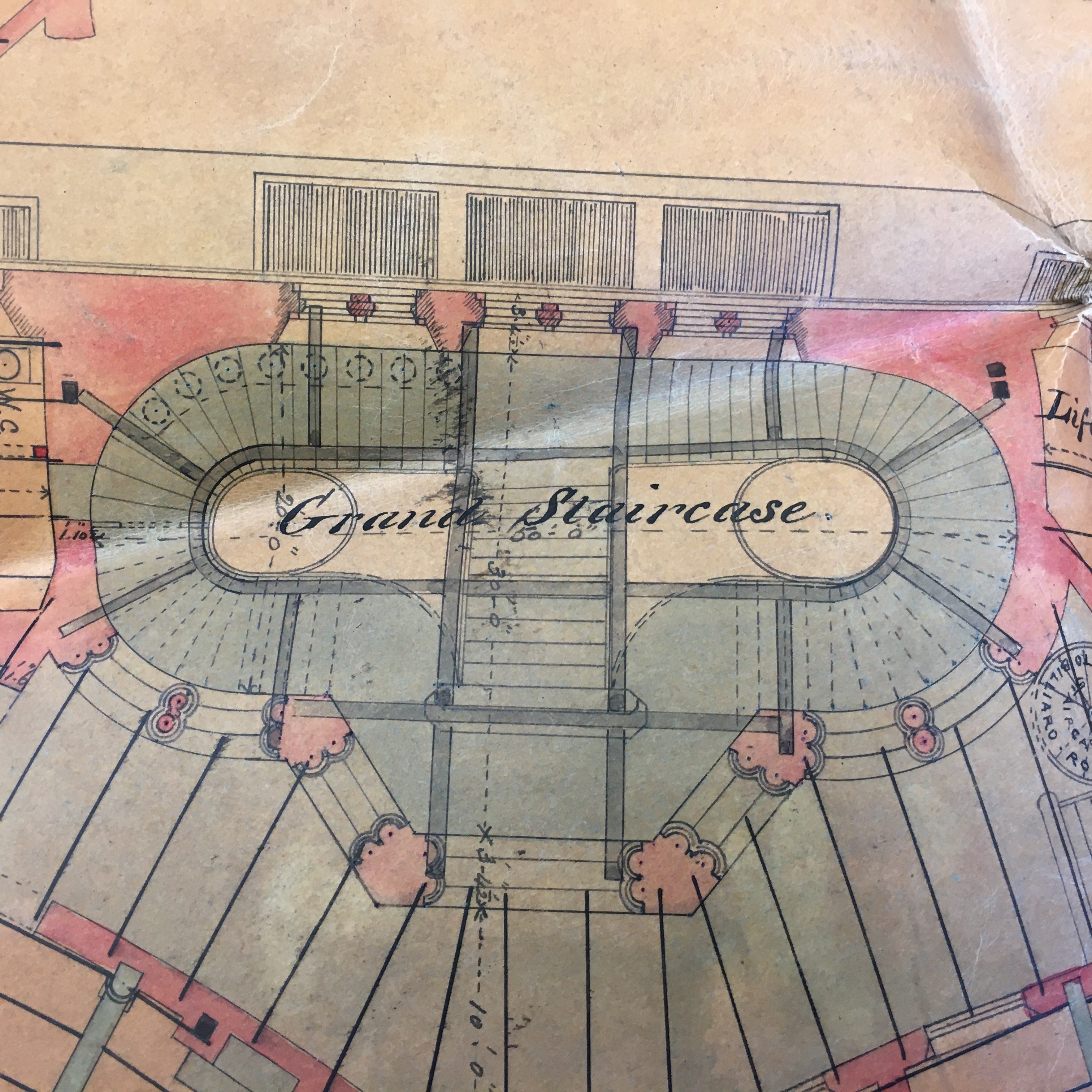 The hotel is a masterpiece of high Gothic designed by Sir Giles Gilbert Scott who beat ten other architects for the commission, even though his design was far bigger and far more expensive that Midland Railway Company specified. The competition was launched in 1865 for a 150 bed hotel but it was finally completed in 1876 with 300 rooms. With its very high standard of fixtures and fittings the Midland Grand soon acquired a reputation as a luxurious upmarket hotel – even better than the celebrated Langham in Portland Place. This luxury didn’t come cheap costing nearly £500,000 to construct it charged the sum of 14 shilling a night – an average week’s wages for an agricultural labourer.