The Gough Map of Great Britain isn’t just a treasure of the Bodleian map collection it’s a Bodleian treasure full-stop, and was one of the highlights of our recent map exhibition, Talking Maps, which closed a few weeks before the lockdown.

The map dates from c1390 and is the oldest surviving sheet map of the Country. It’s a manuscript, measuring 115 x 56 cm and drawn on two pieces of animal skin which have been joined together north of Hadrian’s Wall. 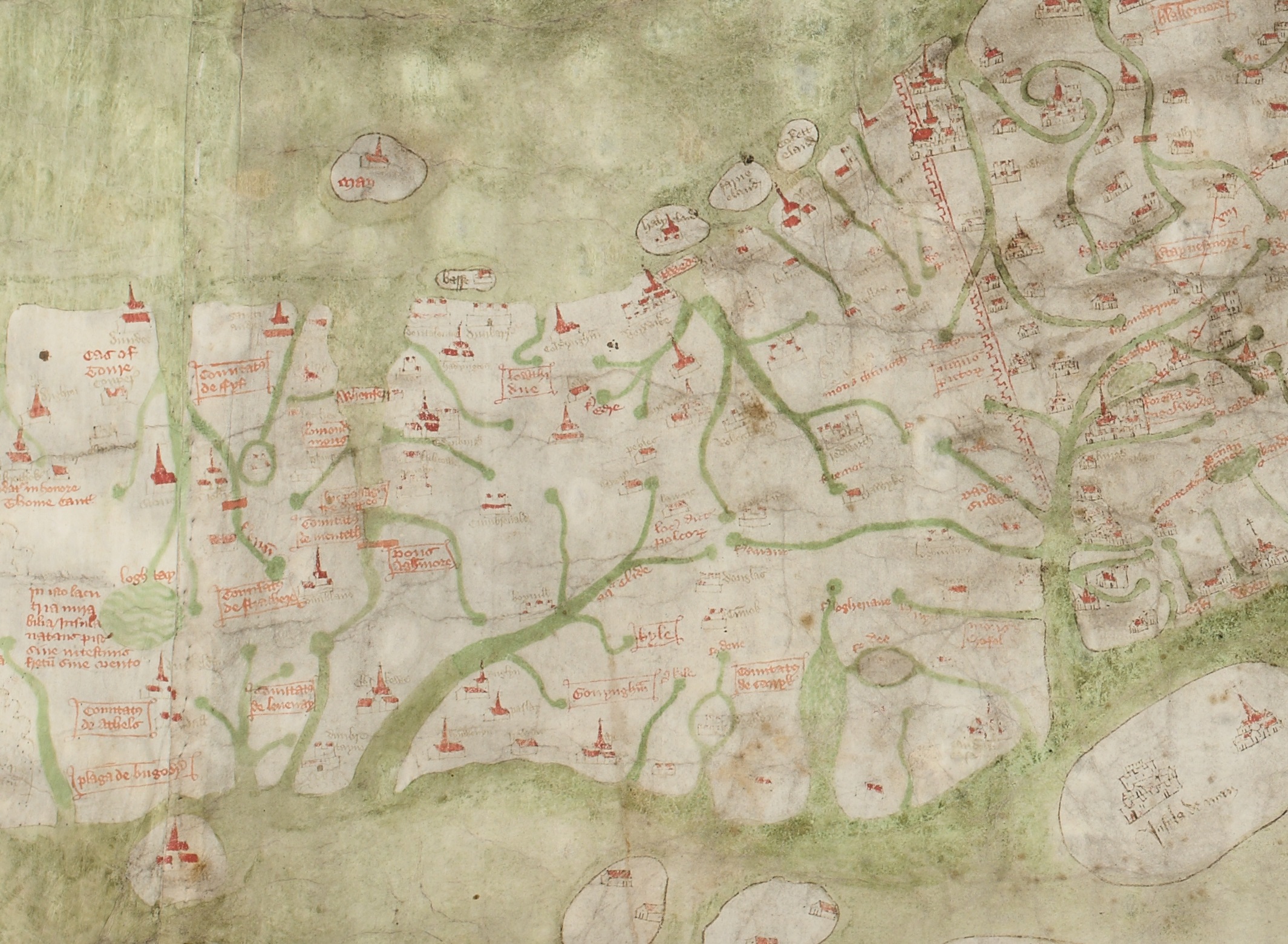 The map is orientated with east at the top (so Scotland is at the left and Wales at the bottom), which would have made a long piece of material easy to work on. There are over two hundred rivers 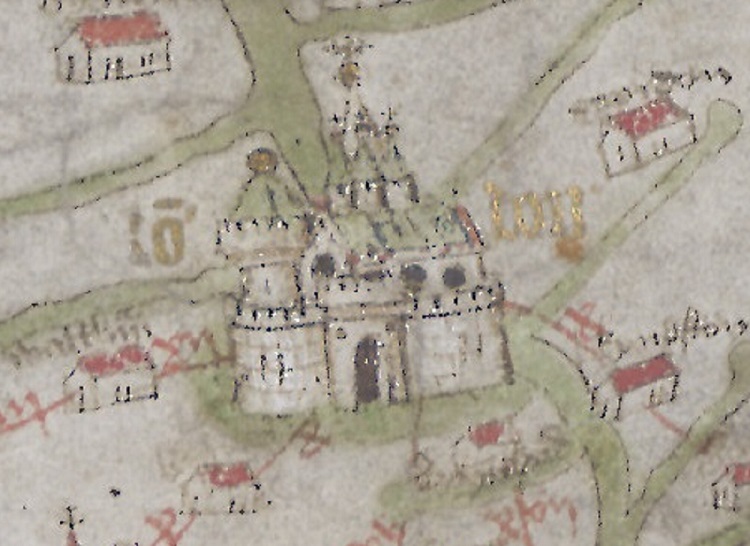 shown, some prominently, and over six hundred towns, cities and settlements. The importance of York and London is highlighted with the use of gold leaf while red lines radiate out across the map,  possibly routes with roman numerals giving distances in old French miles. Scotland is poorly mapped, an indication that at the time Scotland was a foreign country, and one with which England was often at war. It is believed that a number of scholars worked on the map, over a considerable period of time, and that some of the earliest writing and work on the map is north of the wall. While Scotland is poorly depicted Calais, an English settlement following a successful siege by Edward III in 1346, is shown in great detail on the edge of the map, across the channel from Kent. 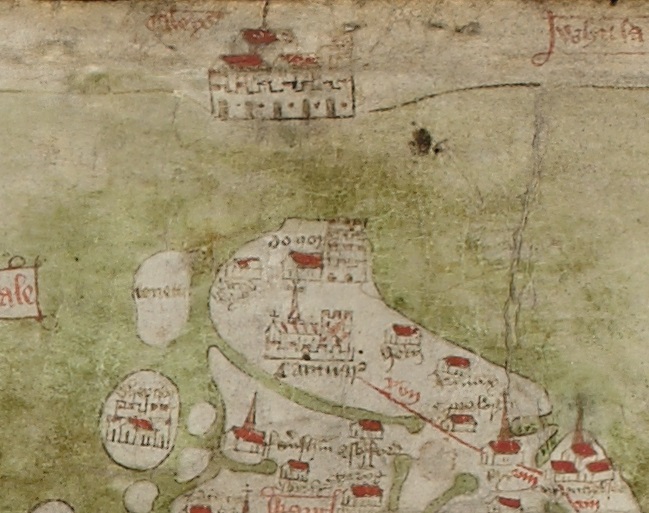 The map has recently undergone some research using 3-D scanning, hyperspectral imagery (gathering a greater amount of detail from across the spectrum than available to the naked eye) and Raman spectroscopy (the study of molecules within the material to get more information on the pigment used). One of the most startling discoveries during this study was the large amount of pin-pricks throughout the map, suggesting that part of it’s making involved laying an older map on top to trace coastal outlines and locations of places.

The name of the map comes from Richard Gough, a collector of prints, plans, maps, drawings and other ephemera that came to the library following Gough’s death in 1809. All we know about the map before this is that Gough bought the map at auction in 1774 for half a crown (12 1/2 pence). The Sheldon Tudor tapestries came to the library in this donation as well, we’ll blog these soon.

The Gough Map came at the end of a century that gave us the most celebrated Mediaeval world map, the Hereford Mappa Mundi.  While the Hereford map is based just as much on theological as well as topographical principles the Gough is purely a map for practical purposes, even if we now aren’t exactly sure what that purpose was, something the exhibition book for Talking Maps makes clear

‘Freed from the shackles of a Christian narrative, the Gough Map’s purpose was not to visualize a pathway through life in accordance with the teachings of the church, but to lead the way in a completely new cartographic direction which remains current in the twenty-first century, where geographical veracity and the primacy of relative position are foremost in the map-maker’s mind.’

There is an interactive web-site for the Gough Map here https://goughmap.uk/map.php

Work on the Gough Map has been funded by the Leverhulme Trust, more information on what studies have taken place can be found here https://blog.history.ac.uk/2019/08/understanding-the-gough-map-the-application-of-physics-chemistry-and-history/