Herman Moll (c1654-1732) was a cartographer  who moved to London from north-west Europe in 1678. At first Moll worked for other established mapmakers as an engraver before setting up his own workshop making and selling maps. These images come from one of his most celebrated works, ‘A set of fifty new and correct maps of England and Wales’* published in 1724. The Bodleian has a number of copies of this work, some of which were in black and white with others hand-painted, these images come from one of the black and white editions.

Oxfordshire has two illustrations for Blenheim Palace, completed two years earlier in 1722, and one for the Rolle-Rich Stones (Rollright Stones), built considerably earlier at some point  between 2670 to 1975 BC. For those familiar with the Rollrights this is an image before restoration in the late 1800s which replaced a lot of stones broken up from the original circle, increasing the amount of stones in place. Next to the Rollrights is a mosaic from a Roman villa north of Woodstock.

One of the stranger illustrations found on any of the county maps is from the the West Riding of Yorkshire page, of the Halifax gibbet, which promises ‘according to the Halifax Law whereby they beheaded any one instantly‘. A ruling (the ‘Halifax Law’) that allowed the Lord of the Manor to execute thieves by beheading had been in place since the 1200s, and the gibbet was Installed at some point in the sixteenth century. A large number were executed under this law but it isn’t known how many were executed using the gibbet, which was dismantled after the the last executions in 1650 under instruction from Oliver Cromwell.

Moll had an obvious love of anything old, his county maps are filled with portraits of antiquities around the margins, and on his title page a note promises ‘to render this work more acceptable to the curious, the margins of each map are adorn’d with great varieties of very remarkable antiquities’. Roman coins and fossils, given all sorts of weird and wonderful names, feature prominently. On this half page of Wiltshire two views of Stonehenge are given. Both are a relatively accurate portrayal, something that earlier cartographers such as John Speed, hadn’t done, setting the great circle in mountainous countryside and making the stones look tubular (extract from Wiltshire, John Speed, facsimile (E) C17:61 (49), original map 1610). 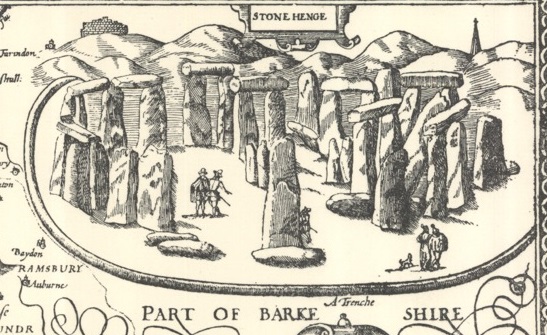 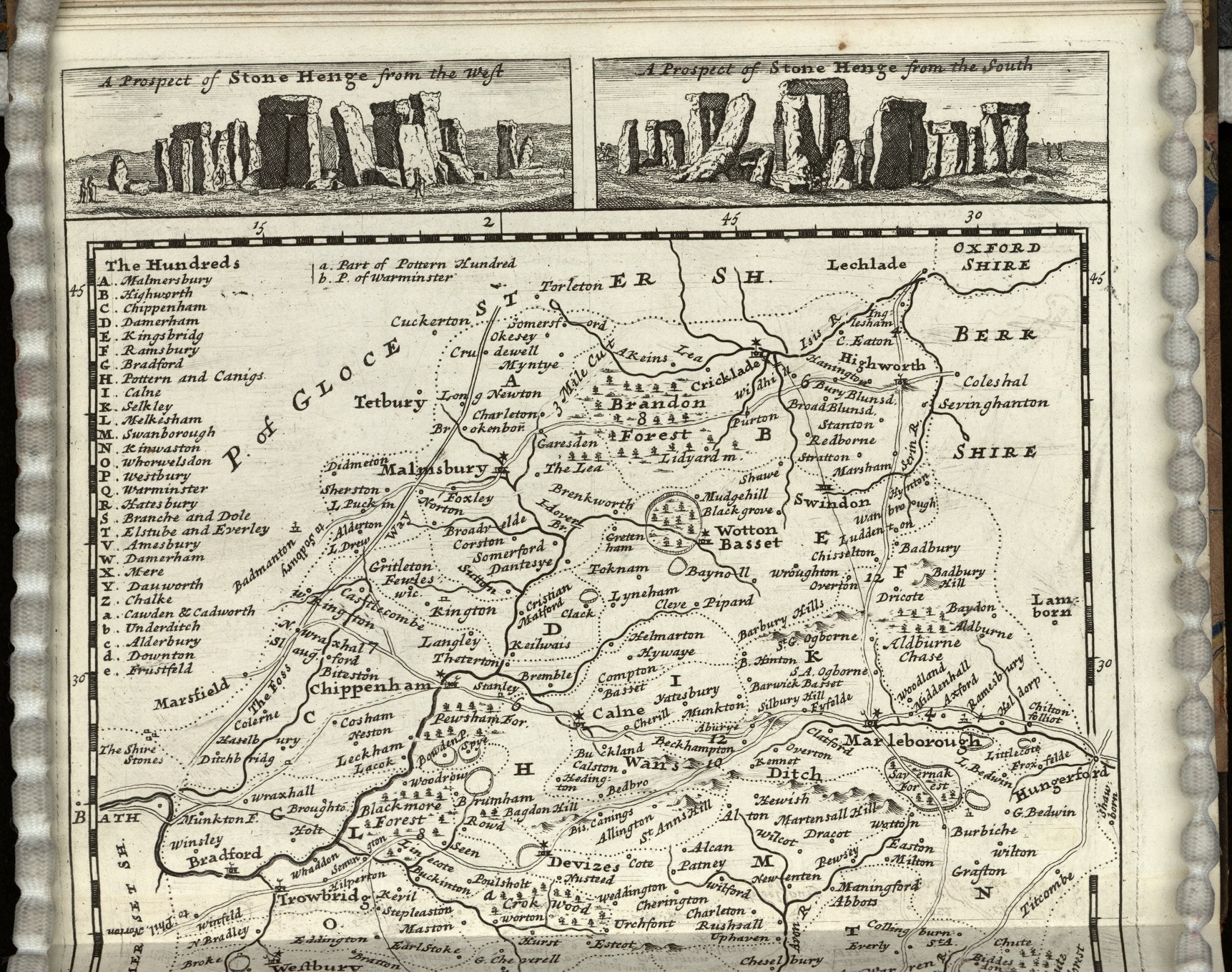 This last page is a map of the county of Derbyshire, parts of which have an underlying limestone bed, leading to numerous cave systems. 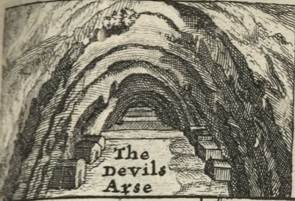 There is little in the maps in Moll’s book that make them any more special than similar atlases printed at the time. Few roads are shown, though those that do have distances between towns marked, and boundaries of the county hundreds are set out. What makes Moll special is the illustrations, historical portraits made to appeal to both the armchair traveller and any with an archaeological and scientific interest giving an idea of the unique features found in each of the counties.

*The full title is A set of fifty new and correct maps of the counties of England and Wales, &c. with the great roads and principal cross-roads, &c. Shewing the computed miles from town to town. A work long wanted, and very useful for all gentlemen that travel to any part of England. All, except two, composed and done by Herman Moll, geographer.