It’s not uncommon to see a map that makes you go “Wow!” at first sight. Generally the early printed and manuscript maps in the collection are most likely to inspire this response, but this recently acquired map of Buenos Aires, printed in 1950, had much the same effect when I first saw it. 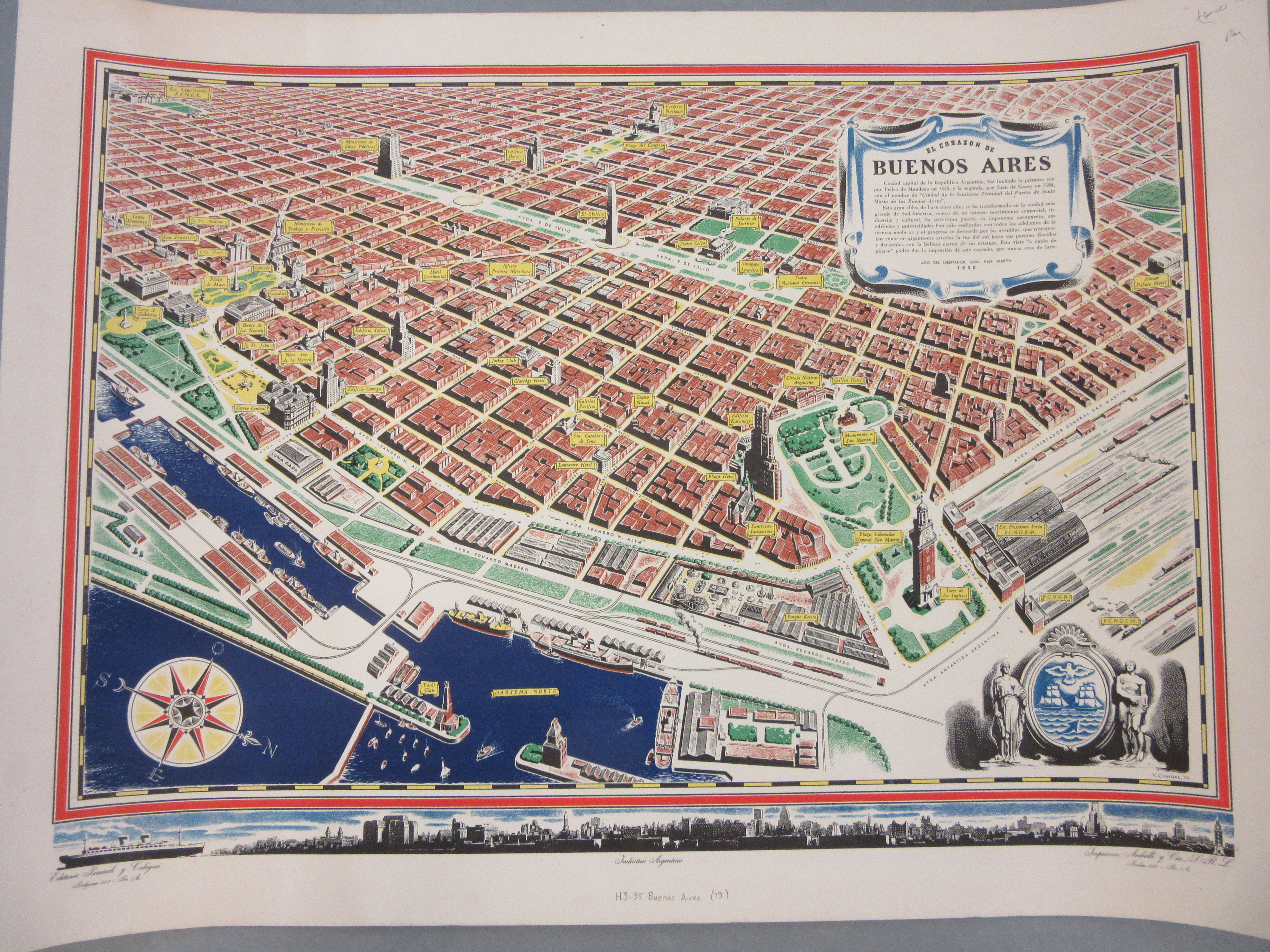 More of a birds-eye view than a map, it almost gives the feeling of flying over the city. The layout of Buenos Aires in a regular grid pattern enhances the sense of perspective. Many features are shown pictorially including major buildings, parks, monuments and boats in the port in the foreground. The sea is coloured a beautiful dark blue. Overall the colour scheme is simple, the map being printed in black plus 5 colours. All along the bottom of the map is a view of the city.

It’s the work of Viktor Cymbal (surname sometimes rendered Tsymbal), a Ukrainian artist and designer who lived in Buenos Aires for much of his life from his late twenties, although he spent his final years in New York. More information can be found about him here.

The style is somewhat reminiscent of the work of Macdonald Gill, another artist whose work (like that of Cymbal) included both maps and illustrations for advertisements. In particular the simple colour scheme, pictorial elements, and the lettering style and yellow scroll devices as labels are interesting to compare. Gill featured in an earlier blog post focusing on a map made in 1941, just nine years before this one. 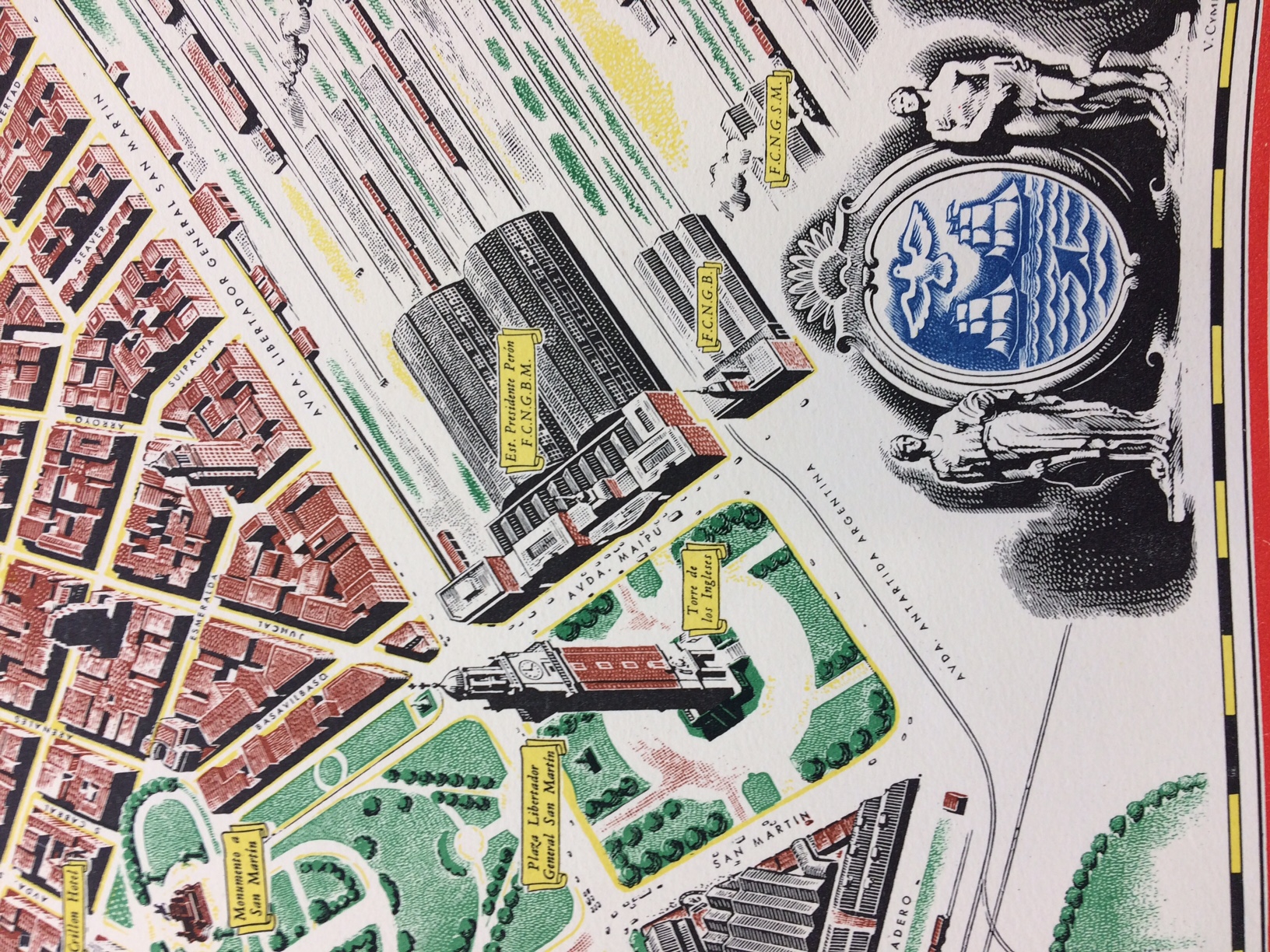 The map was made at a time when Argentina was flourishing under popular president Juan Domingo Péron and his even more popular wife Eva. The railway station at bottom right bears the president’s name.