Shelf checking a printed book collection I came upon an uncatalogued atlas which looked very interesting.  Although it had engraved and letterpress title pages for Visscher’s Atlas Minor it was, in fact an atlas factice of mainly seventeenth century maps from atlases of various publishers. It is contained in the Bodleian’s collection of books belonging to John Locke (1632-1704), philosopher and influential Enlightenment figure. 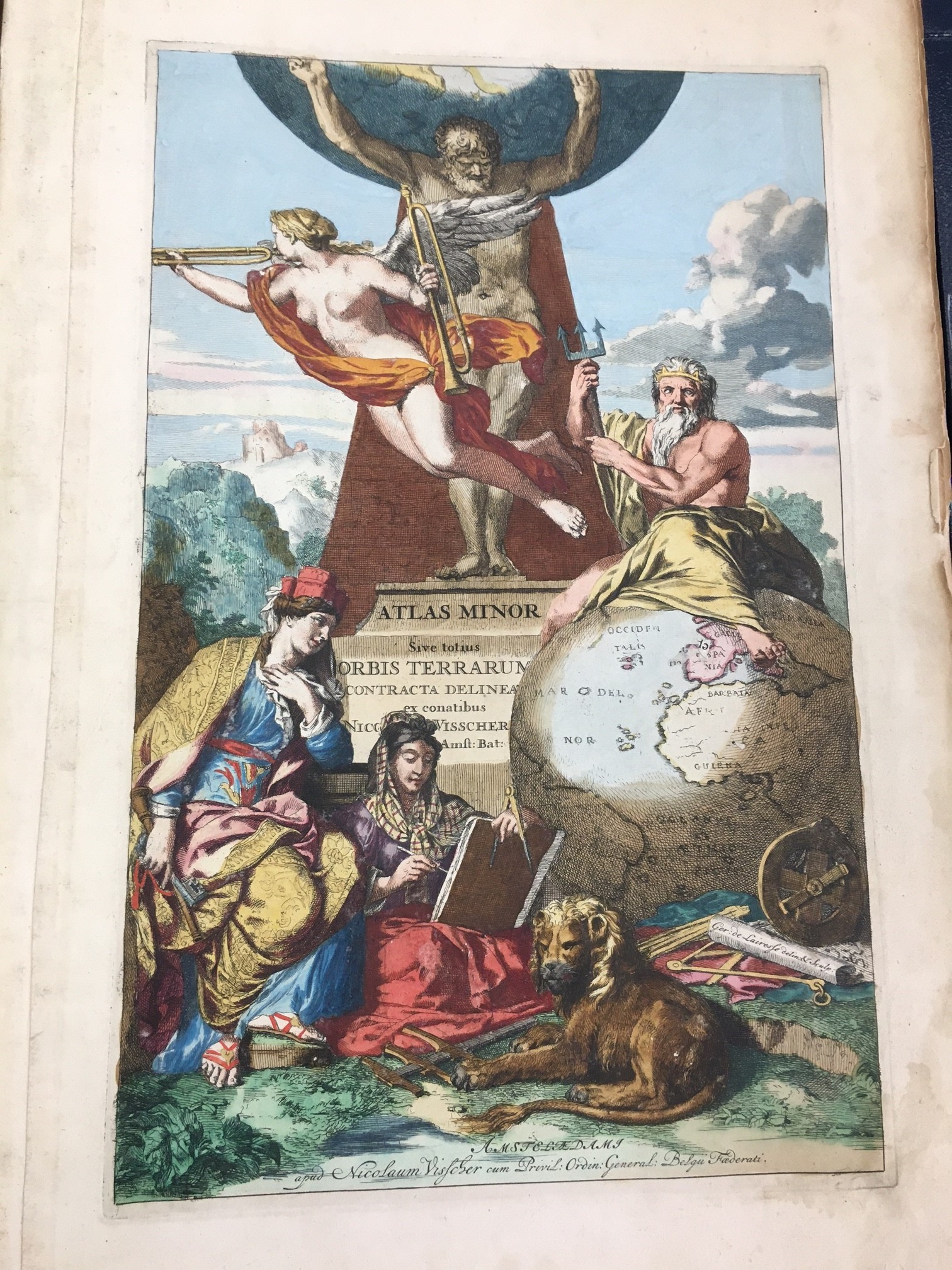 Locke was awarded his master’s degree from Christ Church, Oxford in 1658 and developed into polymath and in 1668 was elected as a Fellow of the Royal Society but his interests also covered amongst others medicine, political theory and religious tolerance and influenced by Bacon, Descartes and Hobbes.  Throughout his life he wrote and disseminated his ideas on this range of subjects so it is no surprise that he would have amassed a collection of maps.

After his death in 1704, his library was left to 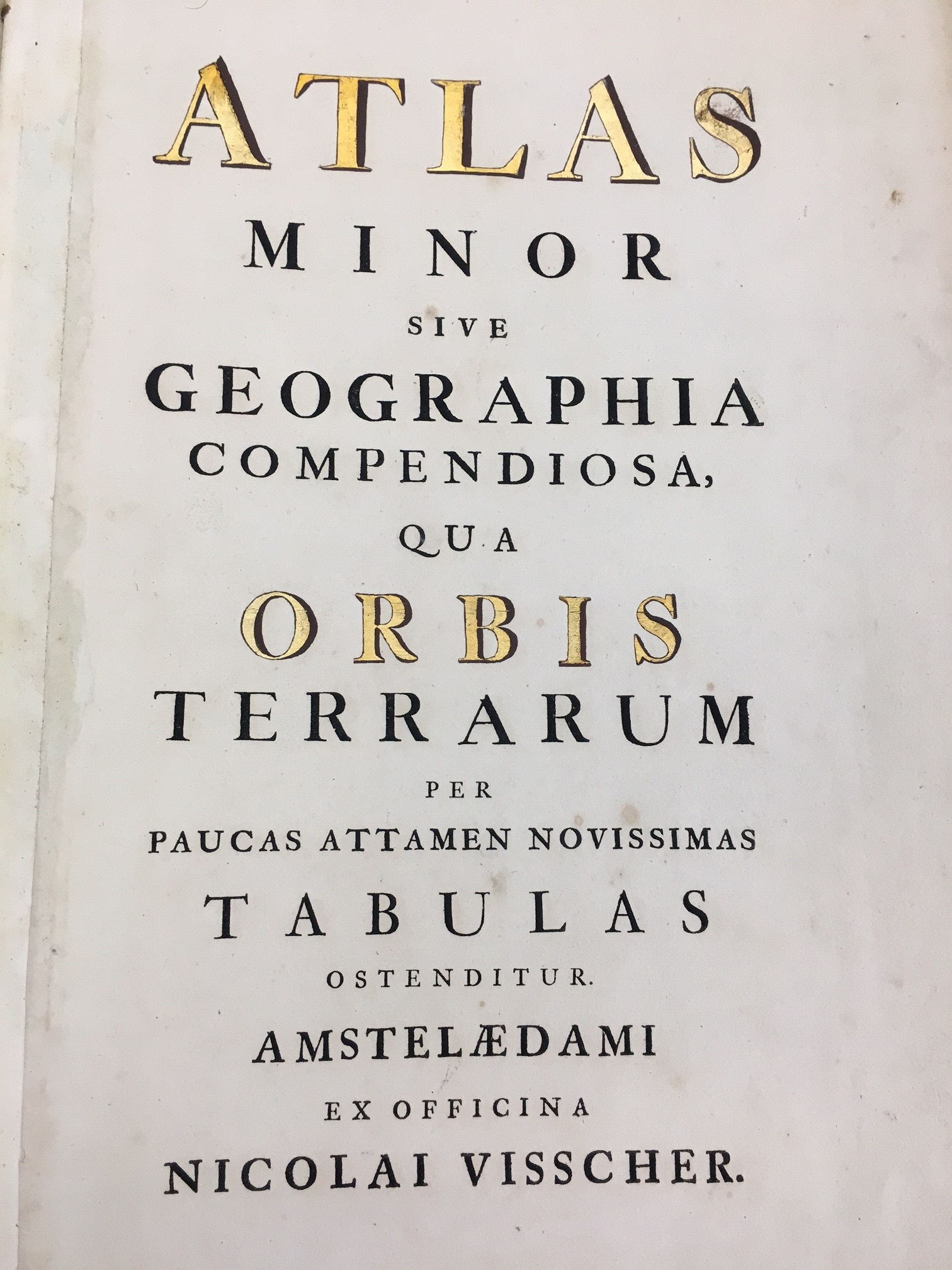 his cousin Peter King, later Lord King when in 1947 the Bodleian bought some of the books and manuscripts. The remainder were found at Ben Damph Forest, the seat of the Earl of Lovelace (as Lord King later became) and were later bought by Paul Mellon who then presented this collection to the Bodleian in 1978.

The volume itself contains 48 maps, charts and plans produced and published by the leading cartographers contemporary with Locke, so along with Visscher, Frederik de Wit, Carel Allard and Peter Schenk also featured.  Additionally included is an ephemerides by Jean Baptiste Coignard which would have sat well with the maps. Map number 15 A New Chart of the Sea Coasts Between England and Ireland by Richard Mount is uncommon and unusually oriented with west at the top. 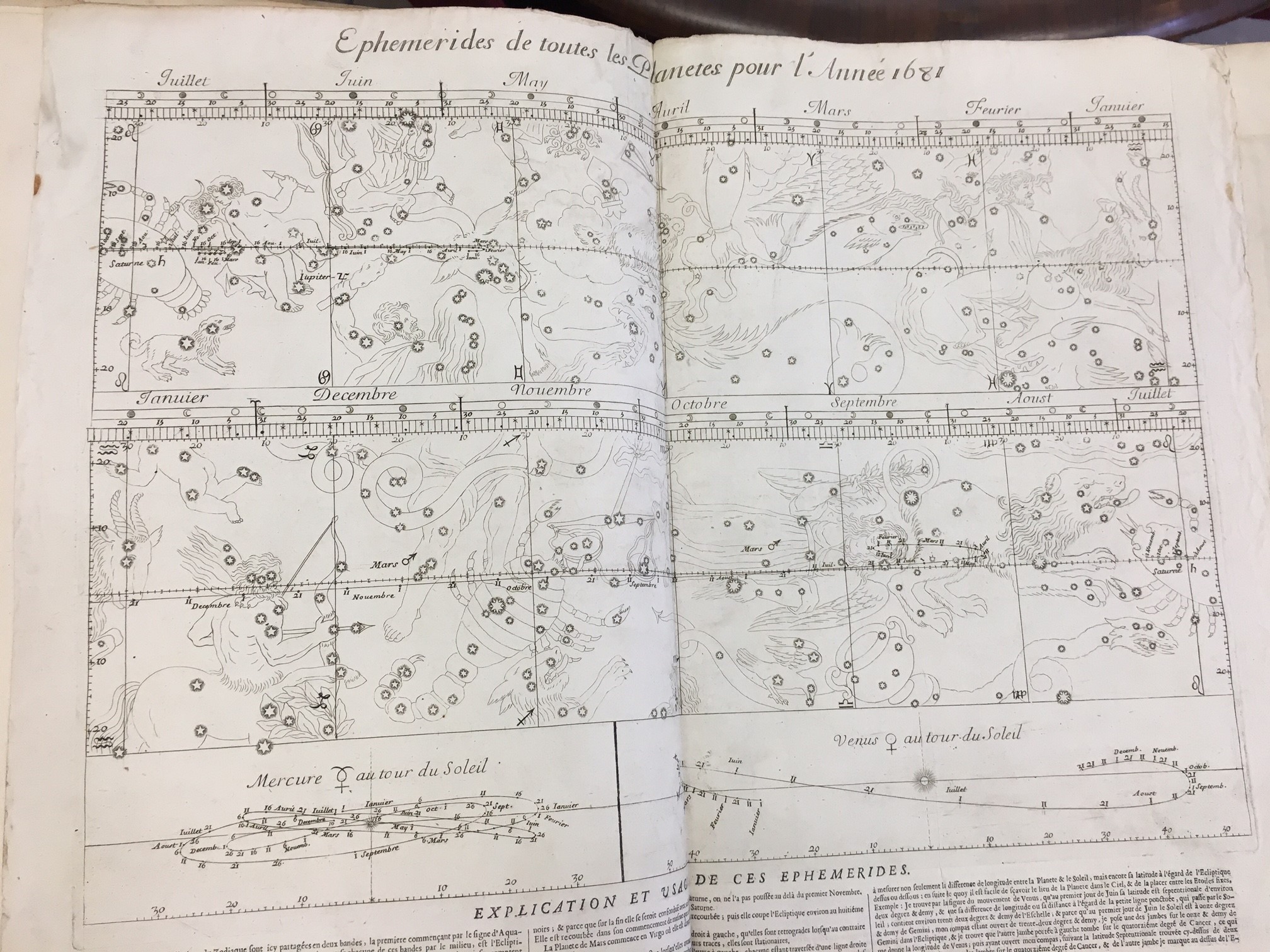 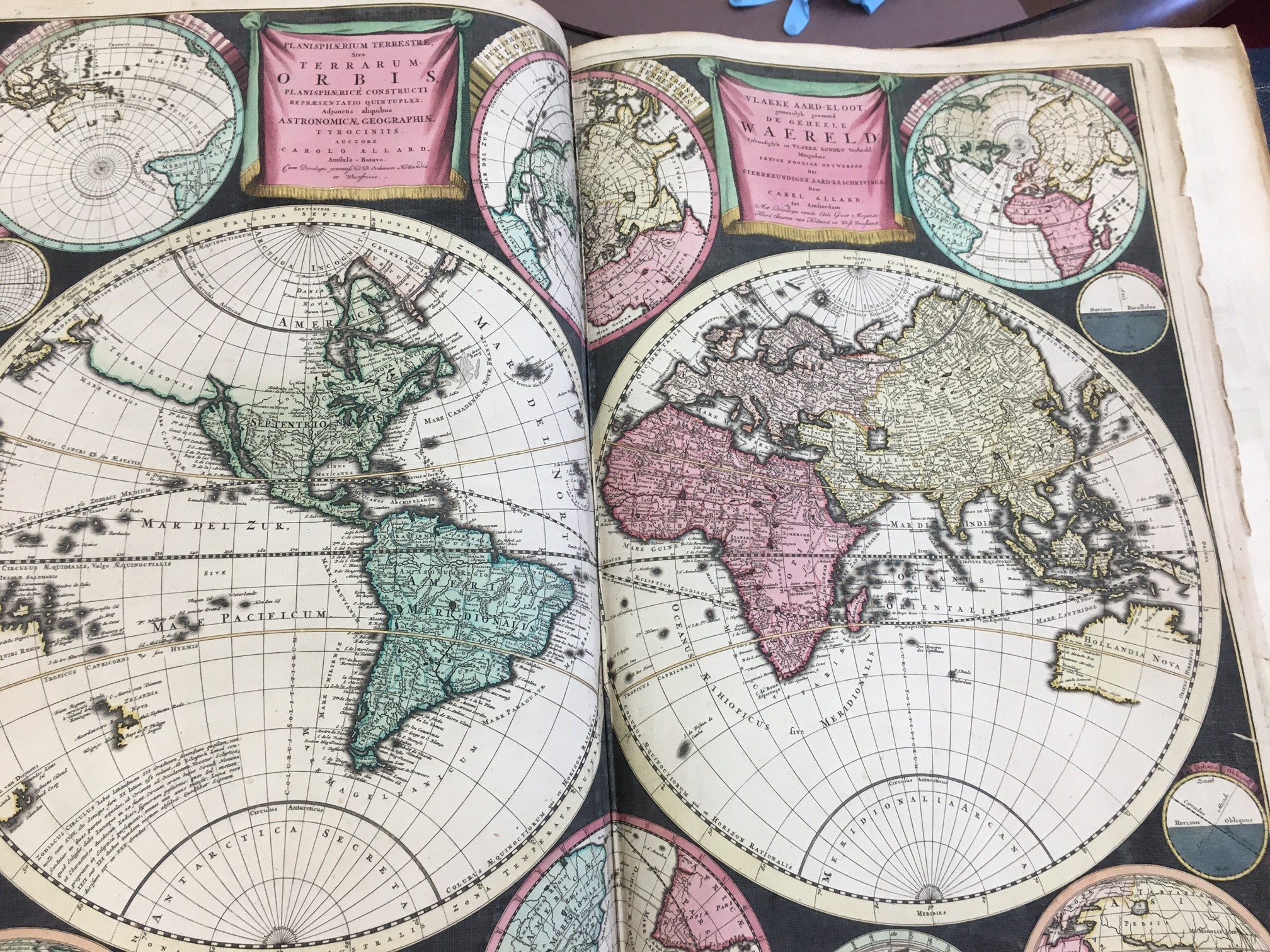 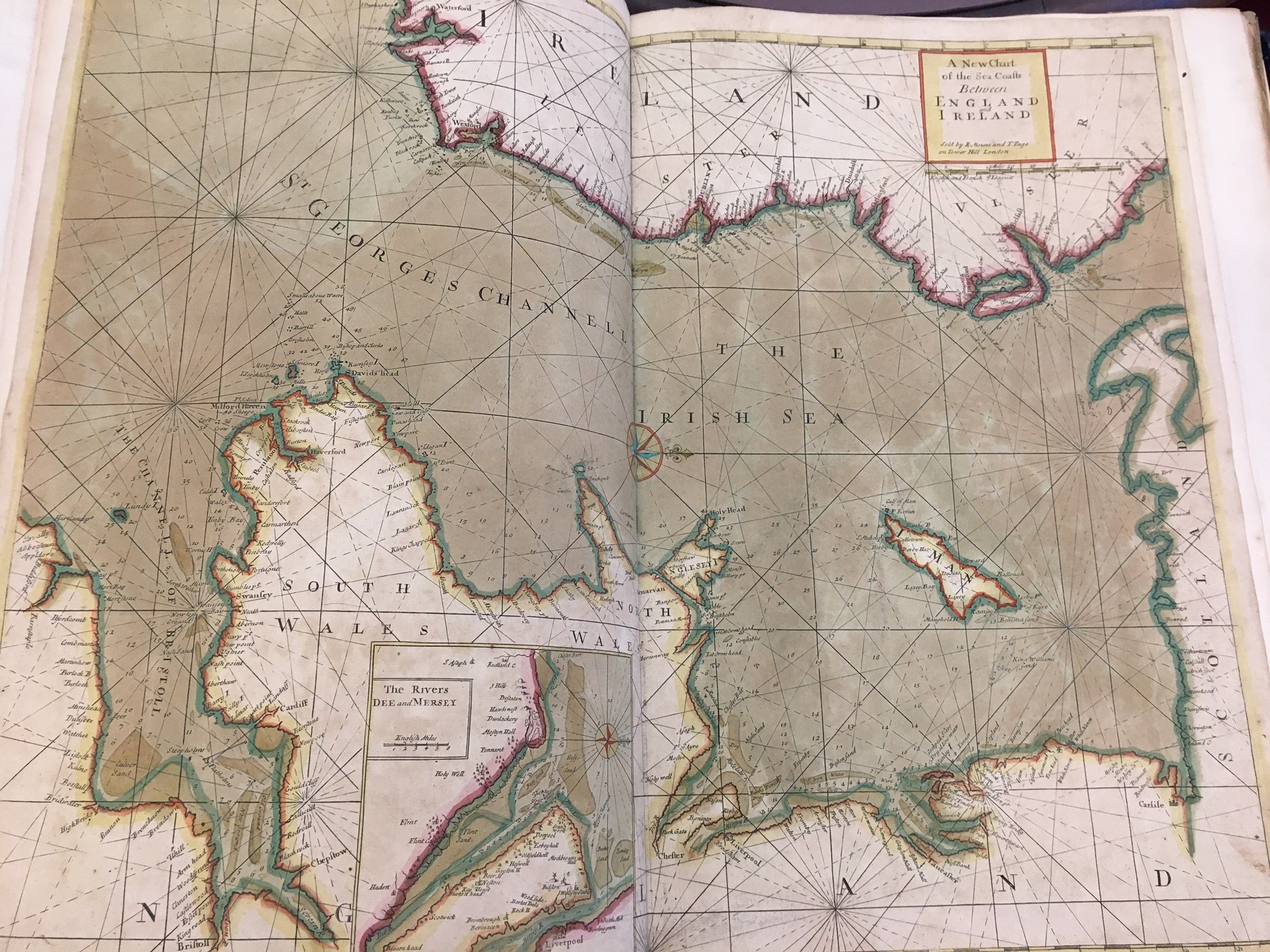 The binding is the original vellum with blind stamped border and corner pieces; and large ornament with evidence of ties. There is a spine title in manuscript (Locke?) Visscher Atlas. There is a circular red morocco bookplate with a gilt image of stook of corn and lettering “Oak Spring, Paul Mellon” indicating its later provenance. 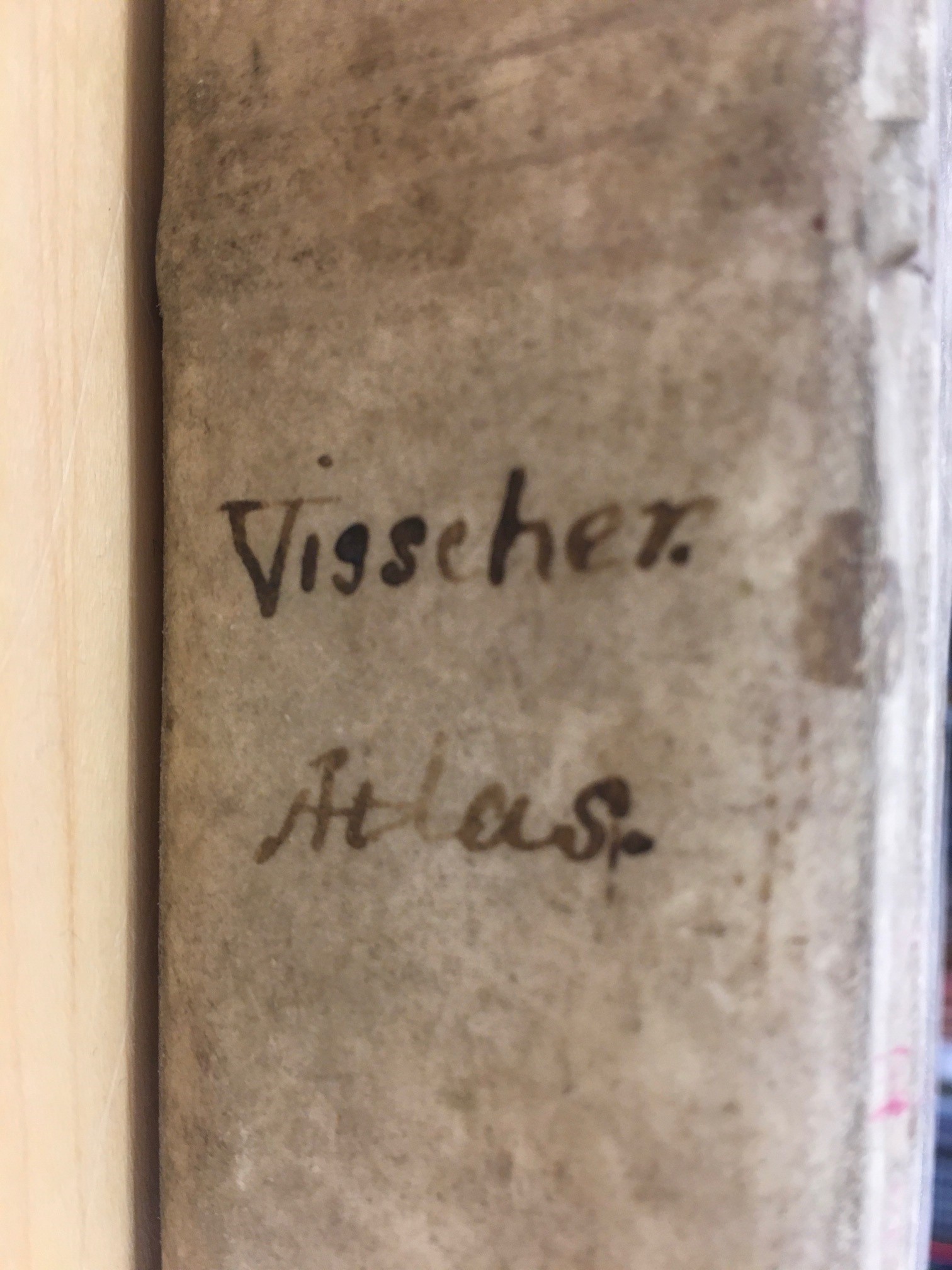 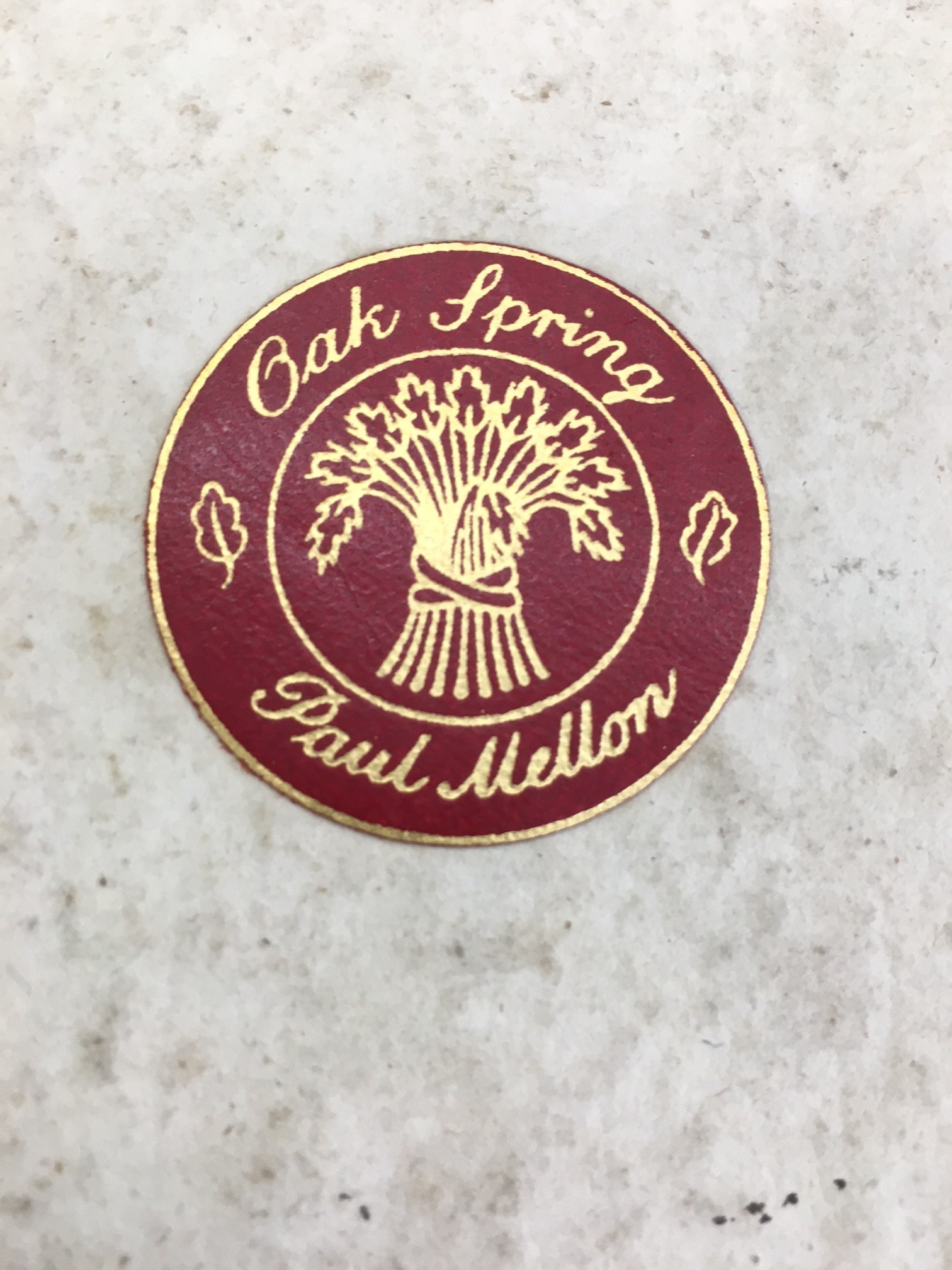