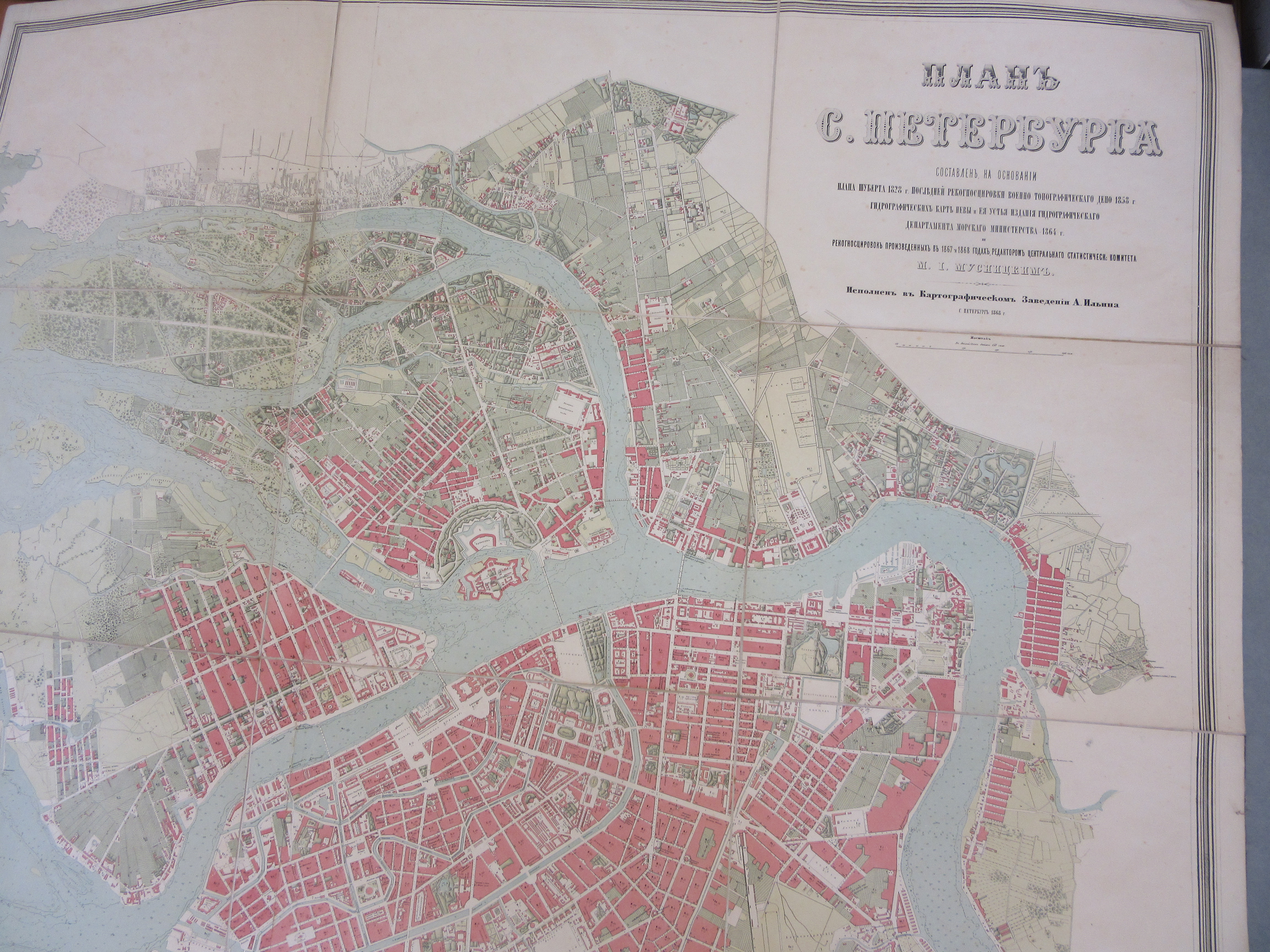 This large, beautiful map of St Petersburg was recently donated to the Bodleian Map Room. Measuring just over a metre square, it shows the city in great detail. Every building is marked and the layouts of parks and gardens around the city are shown. The fortress on Zayachy Island is shown in detail (below). The water depths in the Neva river and estuary are included. The title makes reference to some of the earlier plans on which the map is partly based, beginning with that of Fedor Shubert in 1828; it was updated from surveys in the 1850s and 1860s. It was published in St Petersburg in 1868. 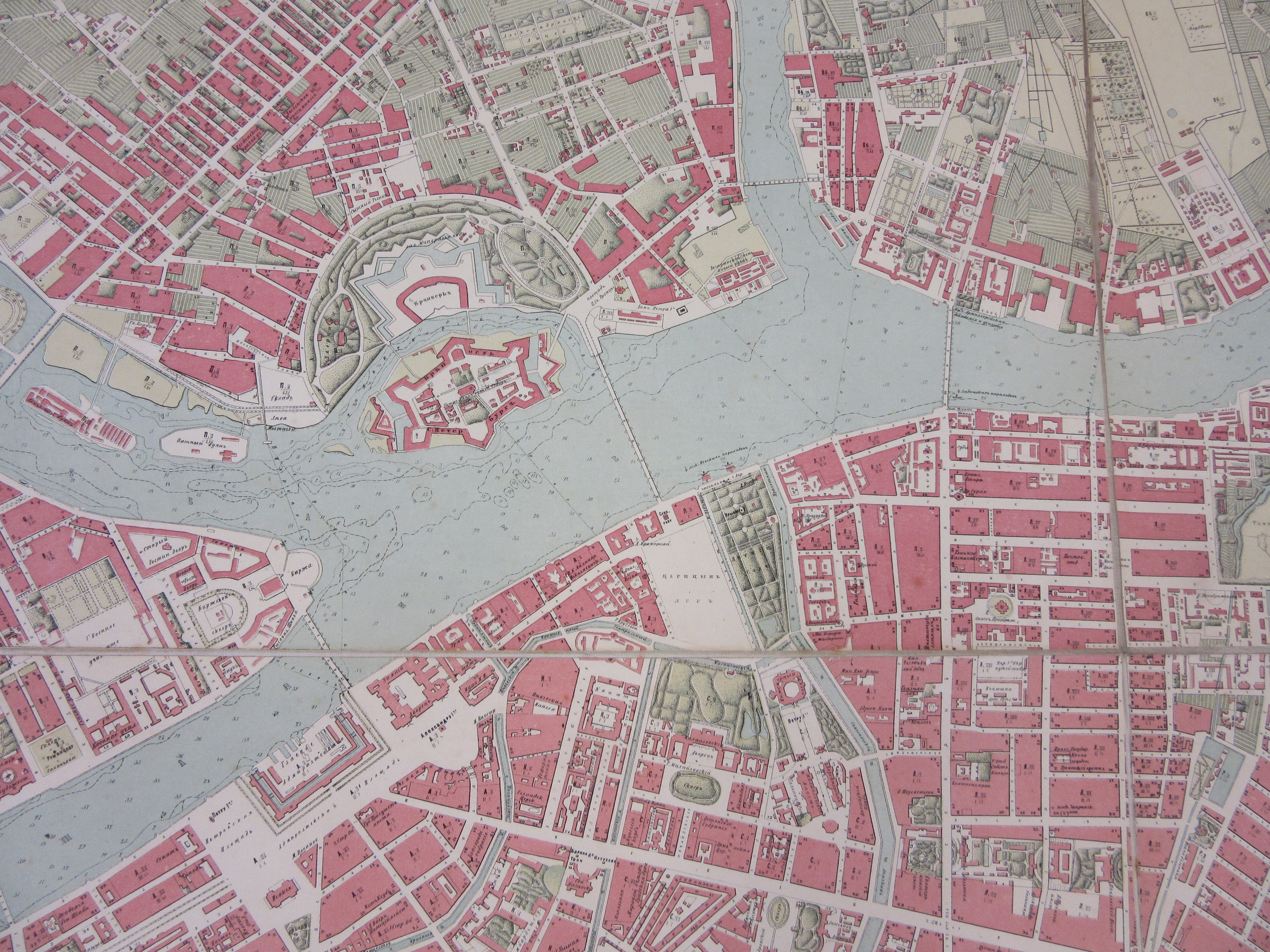 The reverse of the map carries a handwritten note, “Petrograd”, which would date its acquisition by a previous owner to some time in the ten years from 1914 to 1924. Previously the city had been known as St Petersburg, since its founding by Tsar Peter the Great in 1703 (on the site of an earlier Swedish fort); he made it the capital of Russia, which it remained until 1917. In 1924, shortly after the death of Bolshevik leader Lenin, it was renamed Leningrad in his honour. In 1991 the name reverted to St Petersburg. 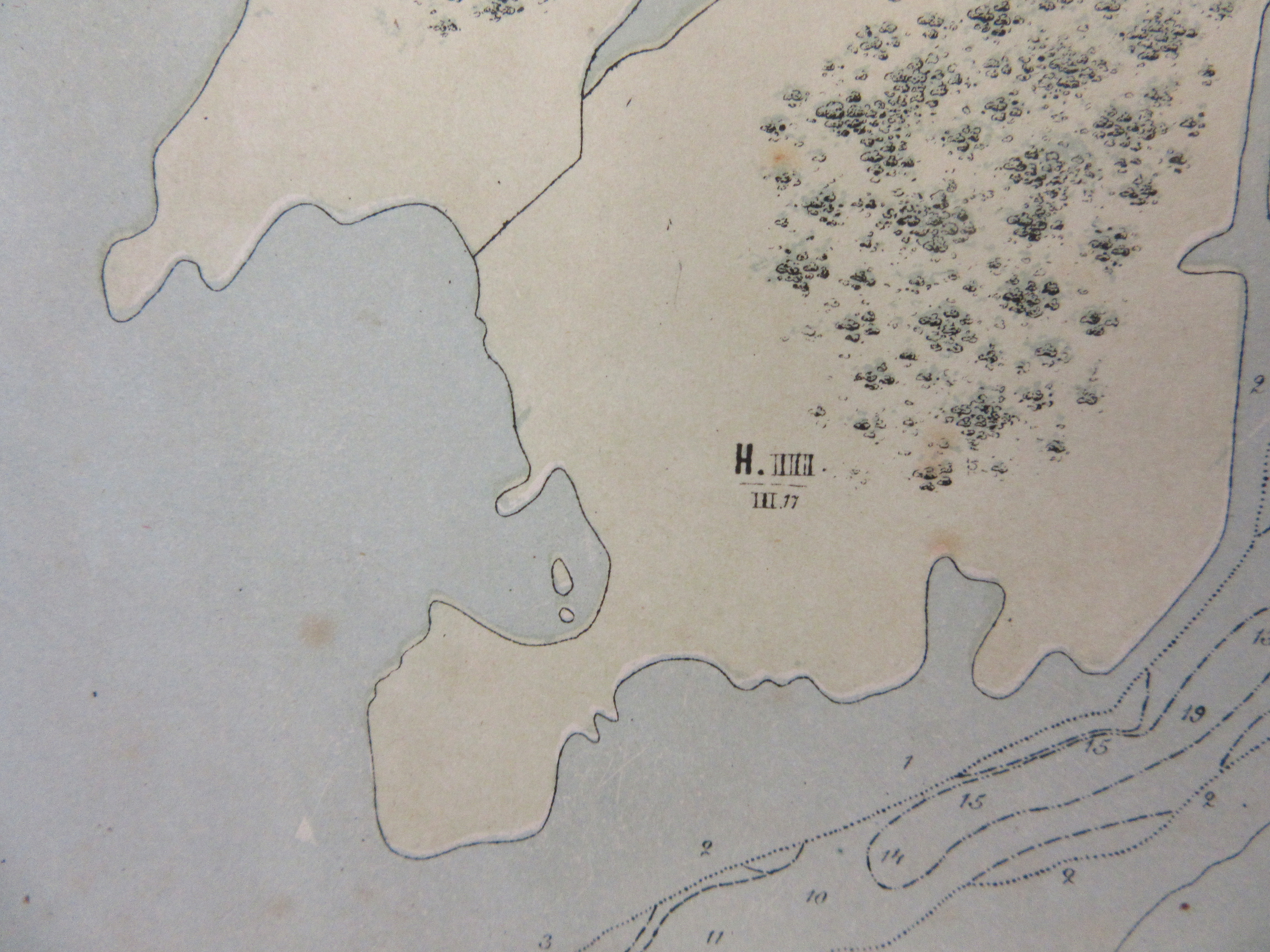 The map is delicately coloured in red, green, blue and black. At first glance it appears to be hand coloured as the colouring is so smooth, but closer examination suggests that it was lithographed; very slight offsetting can be seen in places (where the green plate does not exactly line up with the coastline on some of the islands, for example, as can be seen in the detail above).  Colour printing of maps took off in the twentieth century; this is an unusually fine early example.

A final thought: This blog post replaces our Christmas blog post (below) as the 12 days of Christmas are now over in the UK and much of the western world. However, the Christmas season is just beginning in the Russian Orthodox Church, so we would like to wish everyone celebrating a very Happy Christmas!

One thought on “St Petersburg in colour”