Map reading instructions and examples of different scales aren’t uncommon features, what makes this particular map stand out is the little diagram showing the process of making a map, from planning (ПроеКт) through surveying (aerial as well as ground-work) to drawing 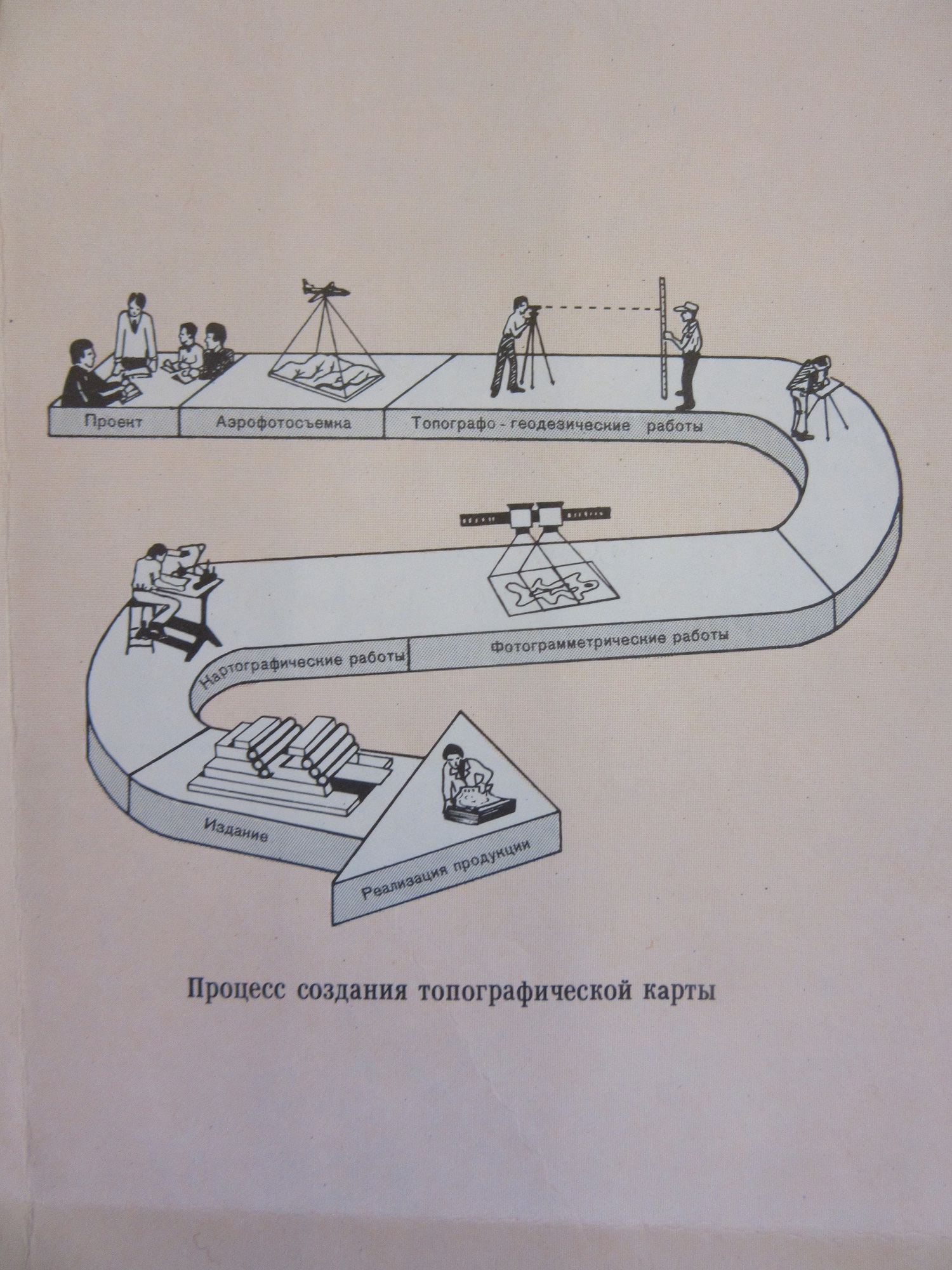 and production and finishing with sales. Can the whole exercise be included as proof that the Soviet system still worked despite the Union breaking apart?, the Byelorussian SSR itself declared independence the same year the map was made, becoming Belarus.

The end result of all this work is the main map, made by the Soviet Cartographic Department, the Glavnoe upravlenie geodezii i kartografii, more commonly known as the GUGK (Main Directorate of Geodesy and Cartography). The use of oranges and greens here is a common feature of Soviet maps, immediately recognizable as a product of the GUGK. 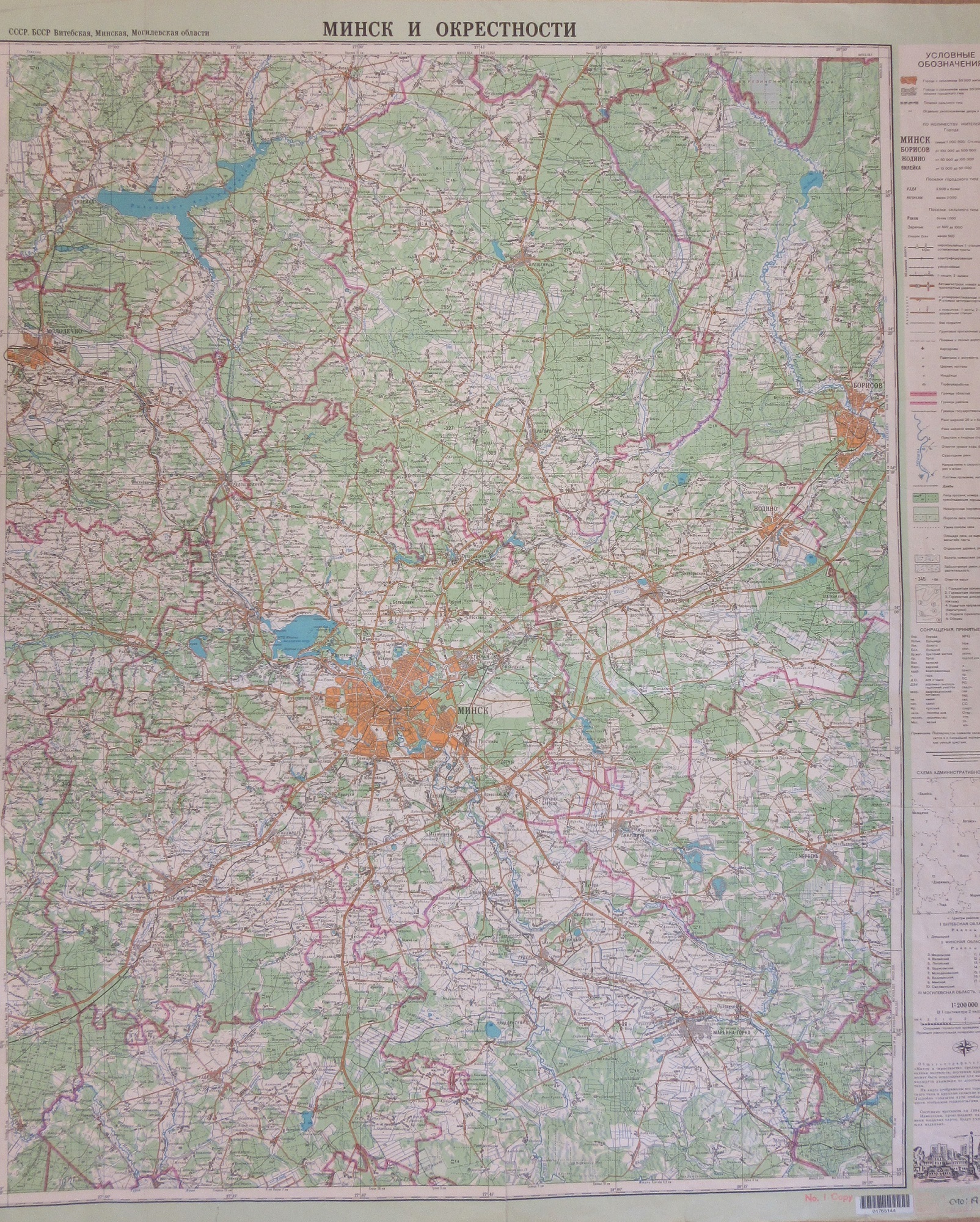 One thought on “How to make a map Soviet style”