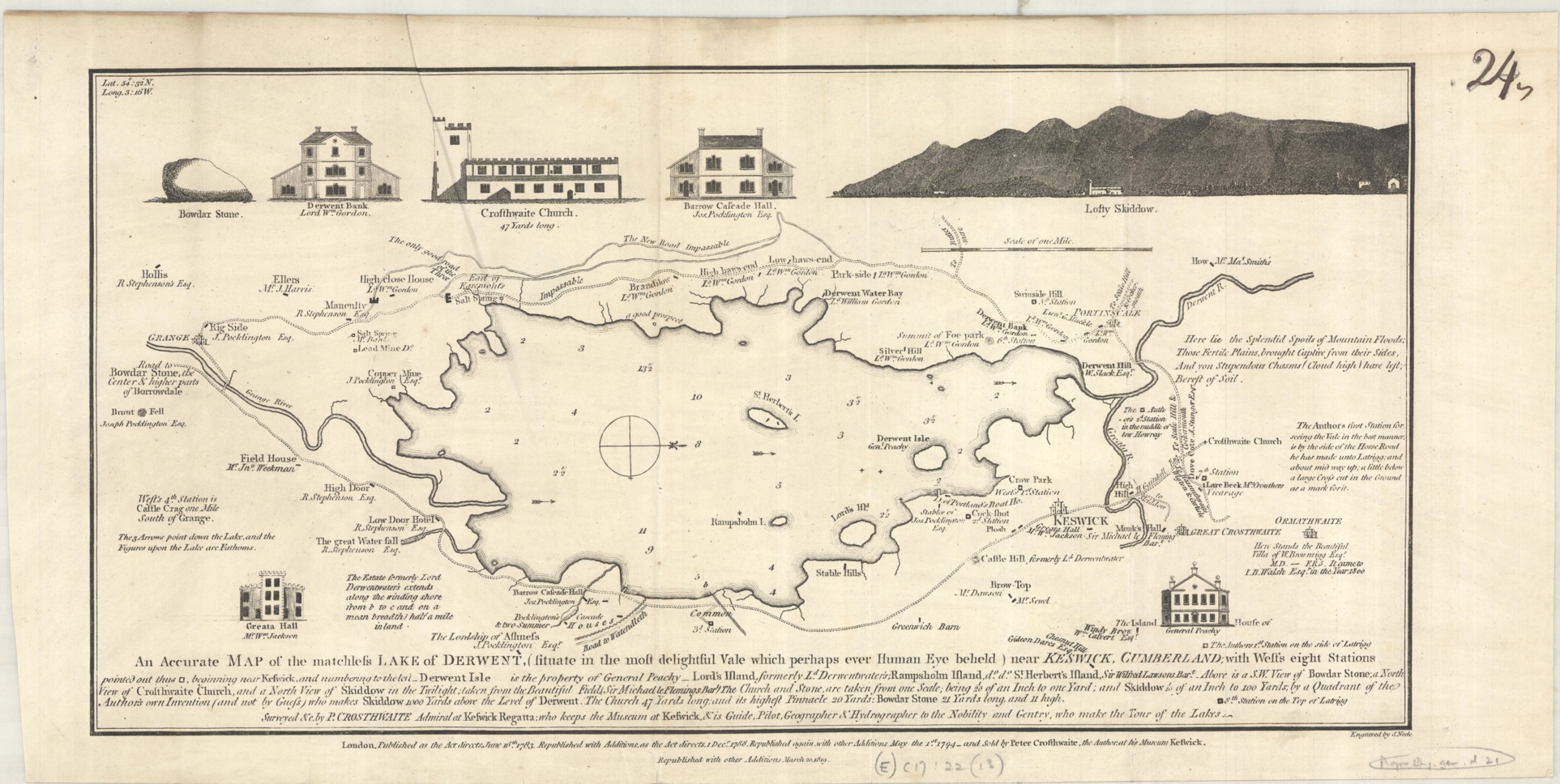 The Lake District is one of the most beautiful areas in the country. Don’t just take my word for it, take Peter Crosthwaite’s. This map, created by Crosthwaite, is titled ‘An acurate map of the matchless lake of Derwent (situate in the most delightful Vale which perhaps ever human eye beheld) near Keswick, Cumberland…’  Considering that Crosthwaite alludes to himself as ‘Admiral to the Keswick Regatta, Keeper of the museum at Keswick, guide, geographer and hydrographer to the nobility and gentry who make the tour of the Lakes’ he obviously wasn’t one for modesty.

The map itself doesn’t quite match the beauty of the location but it does include a lot of useful information; spot depths in the lake and travel and tourist information. As with most maps of the time Gentlemen in the area are named and the major houses in the area are portrayed. Crosthwaithe made maps of other lakes, including Windermere (shown here) and Coniston. While neither have such flowery titles both have poems extolling the landscape shown.

All the maps feature ‘West’s stations’, viewpoints mentioned in one of the earliest guides written about the area, Thomas West’s ‘A guide to the Lakes: : dedicated to the lovers of landscape studies, and to all who have visited, or intend to visit the lakes in Cumberland, Westmorland, and Lancashire’. West and Crosthwaite were promoting the Lake District at a time when tourism to the area began to grow.

Many cartographers make bold claims with their maps, with titles including such phrases as ‘an exact survey’, ‘new and improved’ and ‘drawn from the best authorities’. These maps flip that convention around by putting the praise back where it belongs, the countryside.

An accurate map of the matchless Lake of Derwent (situate in the most delightful vale which perhaps ever human eye beheld) near Keswick, Cumberland; with West’s seven stations 1784. (E) C17:22 (9)